Designers Domenico Dolce and Stefano Gabbana (who have been in hot water before for insensitive social media posts about Selena Gomez and in-vitro pregnancy, among other topics) abruptly canceled a runway show scheduled in Shanghai, initially blamed the posts on a hack, then later apologized in a video posted on Weibo, a Chinese version of Twitter.

“We have always been in love with China,” said Dolce. “We love your culture and we certainly have much to learn. That is why we are sorry if we made mistakes in the way we expressed ourselves.”

The question over the past few days has been whether the controversy will spread beyond Asia and hit home in Los Angeles, for example, where several big-spending clients of the brand’s Alta Moda and Alta Sartoria couture collections reside and where Hollywood represents Dolce & Gabbana regularly on the red carpet. 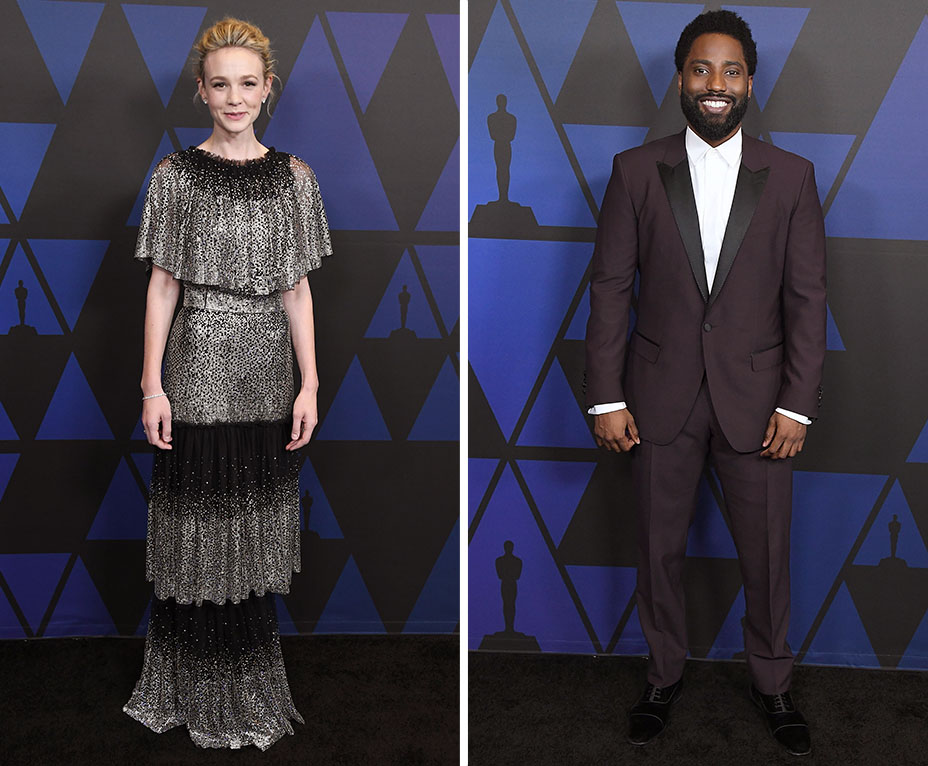 At the Governors Awards on Nov. 18, Carey Mulligan and John David Washington both wore Dolce & Gabbana, and on Nov. 13, Nicole Kidman wore the brand during a gala screening of Destroyer at AFI Fest. Nine stars wore Dolce at the Emmy Awards alone, including host Colin Jost.

Not surprisingly, the red carpet stylists and personal shoppers I contacted did not want to weigh in on the scandal; the same goes for high-profile L.A. clients Jennifer Tilly and Susan Casden. My guess is we may not see much D&G on the red carpet this awards season, but that the scandal will not break the brand in Hollywood.

But Christine Chiu — who, with her husband, Beverly Hills plastic surgeon Dr. Gabriel Chiu, is a client of the brand’s couture collections shown at lavish destination Alta Moda runway shows — was willing to share her thoughts (see below) about how the designers she calls friends have put her in a tough spot as an Asian-American.

Christine Chiu: We’ve been clients for several years and have attended numerous couture and ready-to-wear shows, including but not limited to Capri, Portofino, Naples, Palermo, and Milan. My Dolce and Gabbana Alta Moda dress was recently on loan to the Metropolitan Museum of Art for the “Heavenly Bodies” exhibition about fashion and religion. Interestingly enough, it was the “Pope” dress, an over-dramatization and glamorization of a religious figure.

I left my and dress at @metmuseum. Honored to have my @dolcegabbana #altamoda dress exhibiting at The Met this year! #heavenlybodies #metgala #dolcegabbana #fashiondevotion

Because I know Domenico and Stefano personally, I had to disconnect from my preconceived ideas and feelings about them and the brand before watching the video. I also had to put on my, for lack of a better word, “Eastern” hat. (Although I was born in Taiwan, I have become more “westernized” in my mental processes and perspective in the last 2.5 decades I’ve lived in the U.S.)

If I was not familiar with “the boys,” as the designers are known, and the brand, I would have found the chopstick video amateurish, misguided and unresearched, but not intentionally discriminatory. I was taken aback by the seemingly condescending tone of the voiceover, the tonal emphasis on certain portions of the story that could have been understood as Italian superiority (over Chinese), as well as the word choices used in the narration that may have been tongue-in-cheek in English or Italian translations, but definitely not in Chinese.

The use of the stereotyped model, backdrop and music I interpreted as more aligned with the way D&G capitalizes on a “theme” in their runway shows and collections, rather than ignorance or insensitivity to the Chinese culture. I don’t think that the video represents the depth of the Chinese culture, people, accomplishments or advances — nor do I think that it was meant to. I think maybe the designers just thought of making something light-hearted, cute and pretty to look at.

Part of the charm and aesthetic of the brand (and I may be wrong) is exaggeration, over the top-ness, amplification of any theme, caricatured everything, in ways that people may view as satirical, as mockery, or even as tacky. But I see and know that it’s founded in Domenico and Stefano’s deep excitement and love for that country or people or theme. The Naples Alta Moda collection had pizza dresses for crying out loud! They sold for insane amounts of money and people literally fought over them. I have a POPE dress! They make clothes out of ceramics and china patterns! They have life-sized caricature dolls of themselves running around!

The videos/social campaign I think is more of a misunderstanding, misjudgment of the Chinese consumer, and lack of proper market research and sensitivities rather than racism. I do not feel Domenico or Stefano are racist. (I am not referring to the ‘hacked’ Instagram DM correspondences, which is another conversation.)

The Alta Moda weekends are an international gathering of men and women in this crazy love fest with fashion, music, food, drinking and dancing. Guests are from all over the world, a large portion from Asia, but also from Europe; Central, North and South America; and Australia, too. It literally is the biggest melting pot of people. Domenico and Stefano extend a type of Italian-rooted but universal hospitality and love for guests of different cultures and backgrounds in epic, unparalleled ways during these days together. 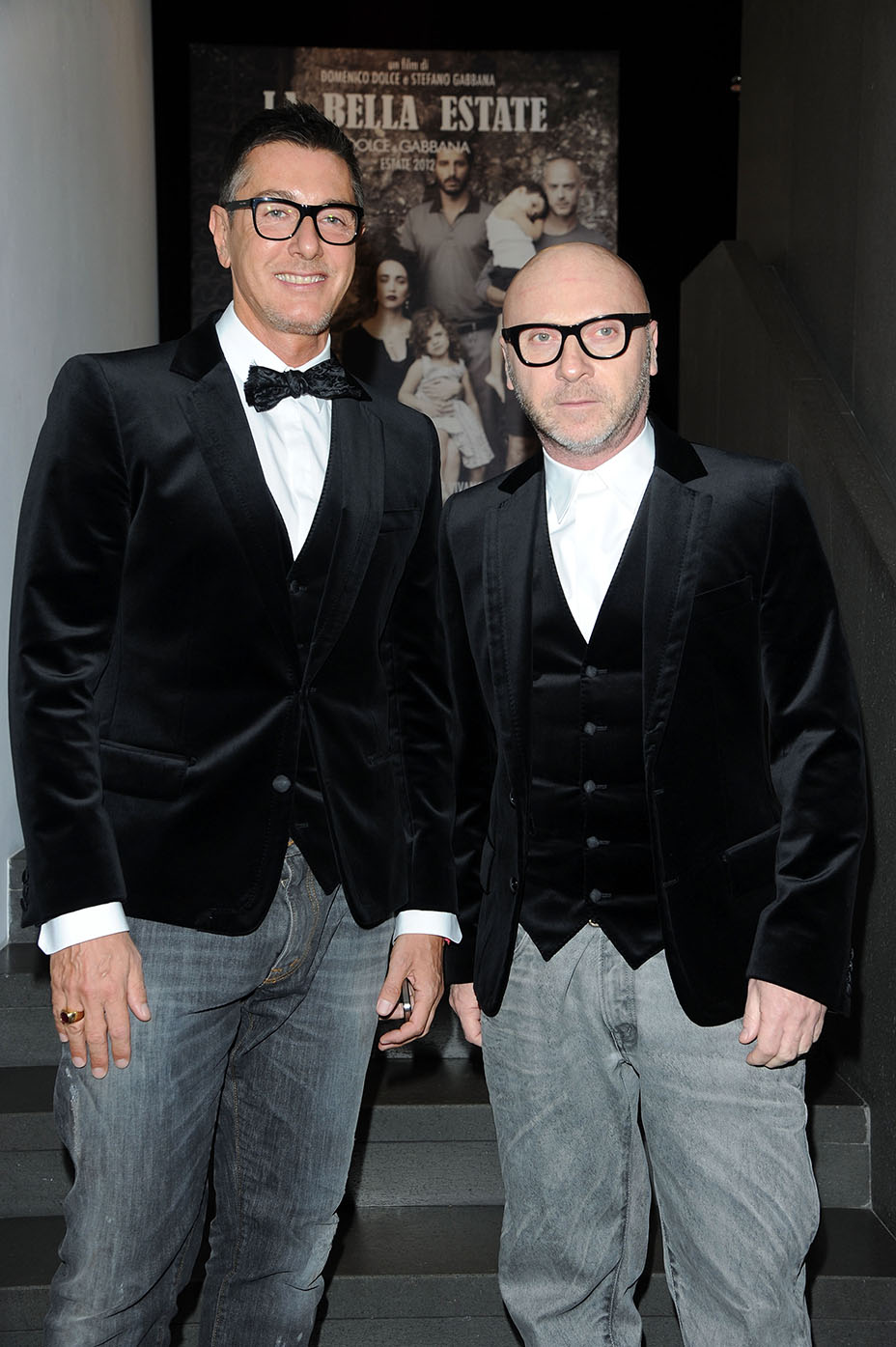 Maybe the ease, receptivity and success they have had with the Chinese clients at their Alta Moda weekends gave the misimpression that all Chinese were or will be as receptive to the D&G attitude/personality/ cheekiness. And maybe they let down their guard with respect to how to delicately manage relations with a multi-layered and complex country like China, whereby the most subtle nuances can cause the greatest impact. The Chinese are very particular with respect to respect.

I am disappointed that the video campaign was not properly market-tested before going live. I am disappointed that this incident has blown up in this way. I wish the designers would have pushed the message early on — that it was not their intention to offend and that they are sorry, that in fact the campaign was meant out of love and produced out of their excitement, and not out of racism or superiority. I think people would have forgiven much easier and faster. And the (hacked or not hacked) DM banter really took the situation to the next level.

Dolce and Gabbana were going to host our baby Gabriel’s first birthday party in a very big and special way. This situation has put us and our family in a tricky place because we are not in agreement with the way the videos have made the Chinese people look (although I know Domenico and Stefano meant no harm) and the way the situation was handled. It’s like when your child tells an inside joke to an unfamiliar crowd and the joke bombs. You know he was just trying to be funny and festive, but it was ill-presented and ill-received — but you still love your child nonetheless!

I think the basis of communication is respect — and respect intended may not be respect interpreted, so it’s important to truly understand your audience. The one part of motherhood I am most excited about is the opportunity to expose my child to a world of varying languages, people, backgrounds and cultures — to explore, learn and appreciate with him the importance of understanding diversity and how that affects communications and productivity of relationships.

This has truly become a great lesson from which we can all learn. Wearing the brand during this contentious time serves as a platform to open dialogue on important topics like cultural awareness and appreciation, diversity in communications, managing international business relations and more. I hope that we can all grow from this incident and become more sensitive and advanced as a global community.

Milan Fashion Week: Dolce & Gabbana’s DNA Is in the Beauty of All Women