Dresses and accessories worn by Aretha Franklin will be up for auction in November, following the singer’s death from pancreatic cancer last month.

More than 30 of the Queen of Soul’s stage pieces go on the block Nov. 9 and 10 during Julien’s Auctions’ Icons & Idols: Rock-N-Roll event.

The clothing, estimated in value between $800 and $4,000 per item, includes a red Arnold Scassi dress from a 1991 event at Radio City music hall, a black Oleg Cassini dress from the 1993 Essence Awards and a Judith Ann Plus dress worn at her concert. Bidders can also win Franklin’s pink beaded bustier and skirt from a 1993 AIDS benefit concert, her silver leather jumpsuit by Jean Claude Jitrois and an exclusive denim jacket awarded to The Blues Brothers crew.

"You Can't Help But Be Inspired by It": 'THR Presents' Q&A With 'Respect' Star Jennifer Hudson

Collectors may bid on sketches as well, including a Bill Beleu costume design of a strapless gown that Franklin wore to the American Music Awards in 1983 or Beleu’s design of a black slit dress for the late Natural Woman singer.

Bidding will take place at the Hard Rock Cafe New York beginning at 10 a.m. live and online (if registered in advance). 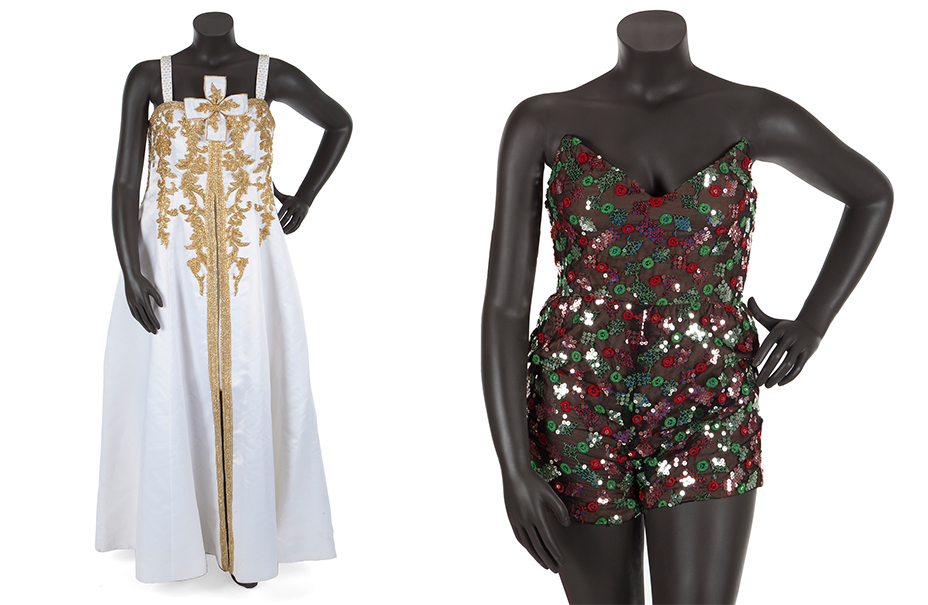 “Julien’s Auctions is honored to present this auction event celebrating the tremendous talents, power and grace of America’s greatest singer of all time, Aretha Franklin,” says Julien’s Auctions executive director Martin Nolan in a statement. “Franklin was also a great fashion legend and this collection of her most show stopping looks demonstrates why she was not only the queen of soul but the queen of style.”

Indeed her fashion, ranging from wigs and prints to Afros and glam, left a mark along with her powerful voice that spanned 50 years. She was especially an advocate for plus-sized clothing, calling out Calvin Klein and Valentino for their limited sizing and performing at plus-sized retailer Lane Bryant’s show in 2001.

Stars like Ariana Grande and Jennifer Hudson paid homage to Franklin by performing at her funeral on August 31. Stevie Wonder, Ron Isley, Chaka Khan and Yolanda Adams were among the entertainers during the event, with President Bill Clinton and Smokey Robinson speaking. Madonna gave a tribute to Franklin during the VMAs, and Taylor Swift asked for a moment of silence at her concert so “every single one of us could reflect on our love and respect for her.” 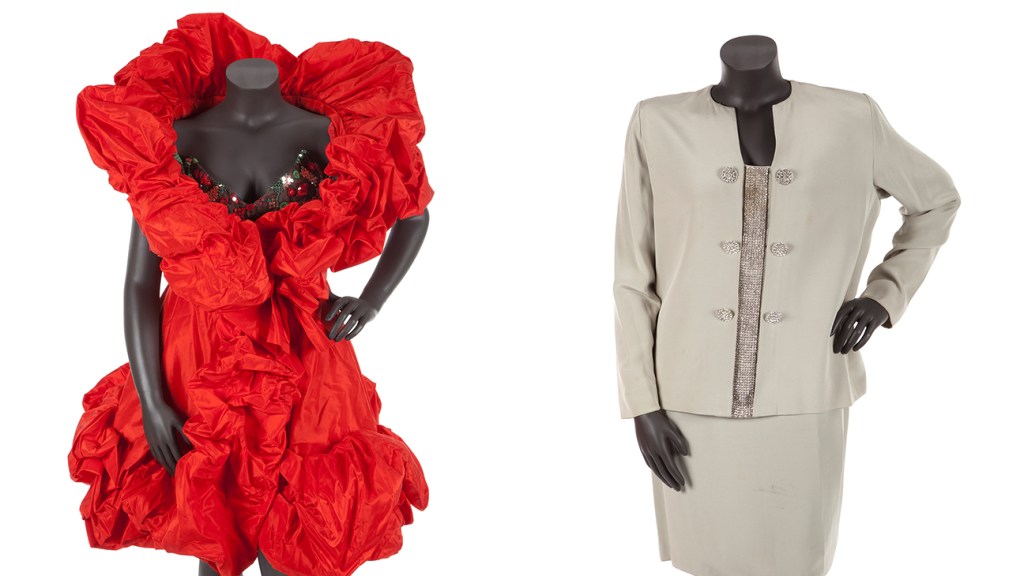