Zadrian Smith and Sarah Edmiston had roughly six days to put together the two looks Ariana DeBose is wearing at this year’s Academy Awards, a scenario that was further complicated by the fact that they were both in London when they got the call.

“It’s been fast and furious,” Smith tells The Hollywood Reporter. “We jumped on a call with Ariana on Wednesday last week and got the confirmation the following Friday; this past Thursday, I was on the plane and hand-carrying looks, and we did a fitting as soon as I landed. But we told her, ‘Wherever you need us to be, we’ll be there.’”

Indeed, the stylists, who had each been working individually but partnered in July 2020 to become the duo Zadrian + Sarah, knew they could make it work. “This was a time crunch, but everyone really pulled out the stops for us and came through,” Edmiston says.

During a Zoom call Saturday afternoon, with Smith in downtown Los Angeles and Edmiston in Notting Hill, London, they talked about partnering to create an unforgettable evening for DeBose, who is both a co-host of the Oscars preshow on ABC and during the ceremony will introduce the clip for West Side Story, expected to release Dec. 10. In the Steven Spielberg-directed film, DeBose plays Anita, the role that won Rita Moreno her Oscar for best supporting actress in the 1961 adaptation of the 1957 musical. 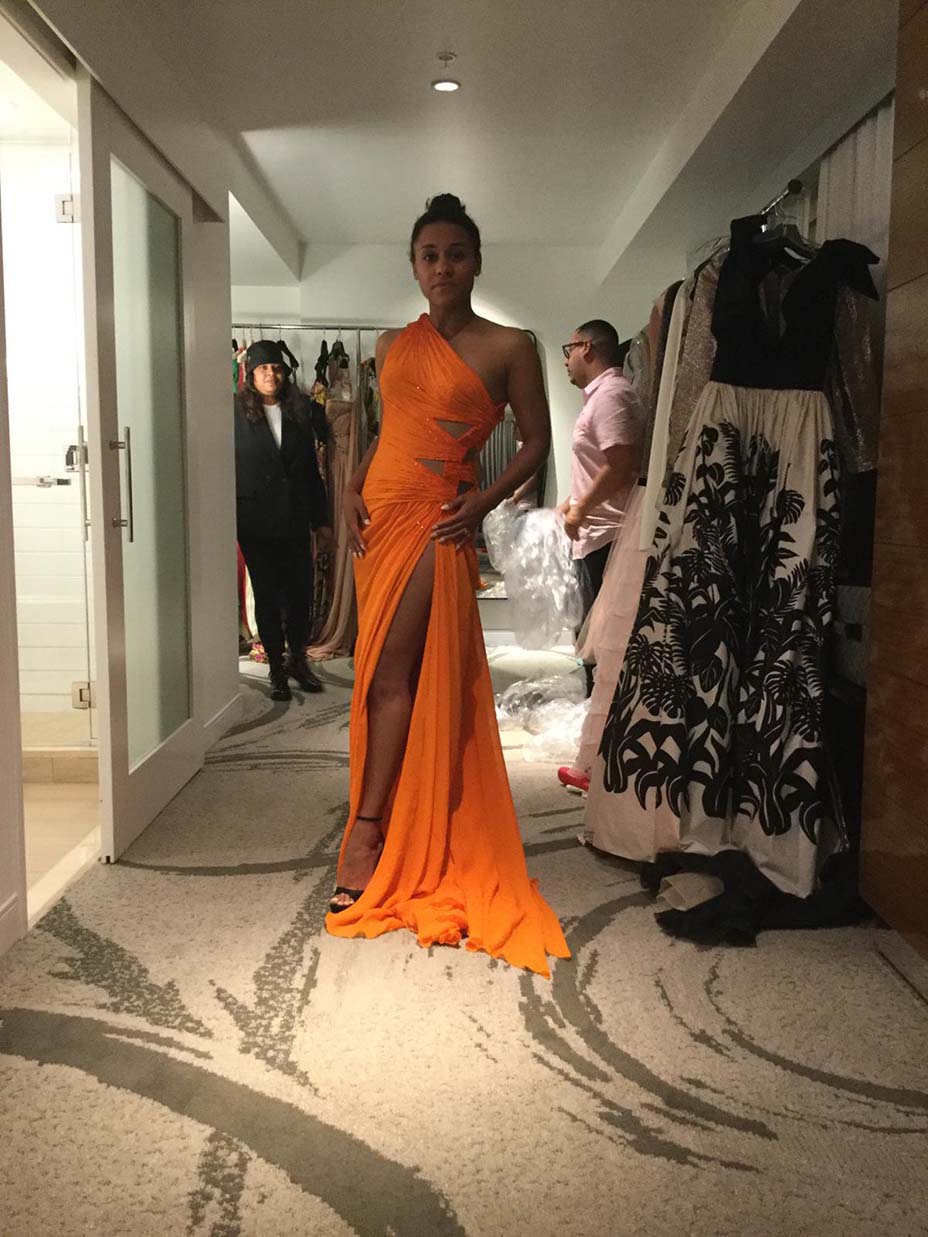 During the preshow, DeBose will wear a one-shoulder gown in neon green by Elie Saab. “It’s this perfect column of chiffon that’s exquisite when you’re standing still, but when you move, it’s magic,” Edmiston says. “That’s Elie’s amazing talent in draping.”

For the Oscars red carpet, the stylists and DeBose went for a wow moment, choosing an orange Versace one-shoulder dress with cutouts. “I’m from Savannah, Georgia, so I call it Florida Tropicana orange, with a high slit so we see a little bit of leg, and there’s a little bit of train,” Smith explains. “In the fitting, we talked about the idea that it’s her arrival, she’s in a room with the who’s-who of the industry, and when she walks on that stage, we want people to say, ‘Yes, we know you’re talented, you look amazing, welcome.’”

“It’s an unapologetic ‘I’ve arrived’ — that’s the correct way to roll out that moment,” Edmiston adds. “Zadrian knows how to push the red carpet to the absolute line — it’s punchy, it’s strong, it’s unapologetic, but he keeps it inside the line of appropriate and well-placed and considered, that’s one of his superpowers.”

Harry Winston is providing the diamonds for both looks. “They sent us beautiful things and have been really supportive and really excited with us about Ariana,” Edmiston says. “You typically see Harry Winston dressing very known faces, but they said yes right away, and that speaks to their ability to see her as someone who’s about to break out in a major way.” 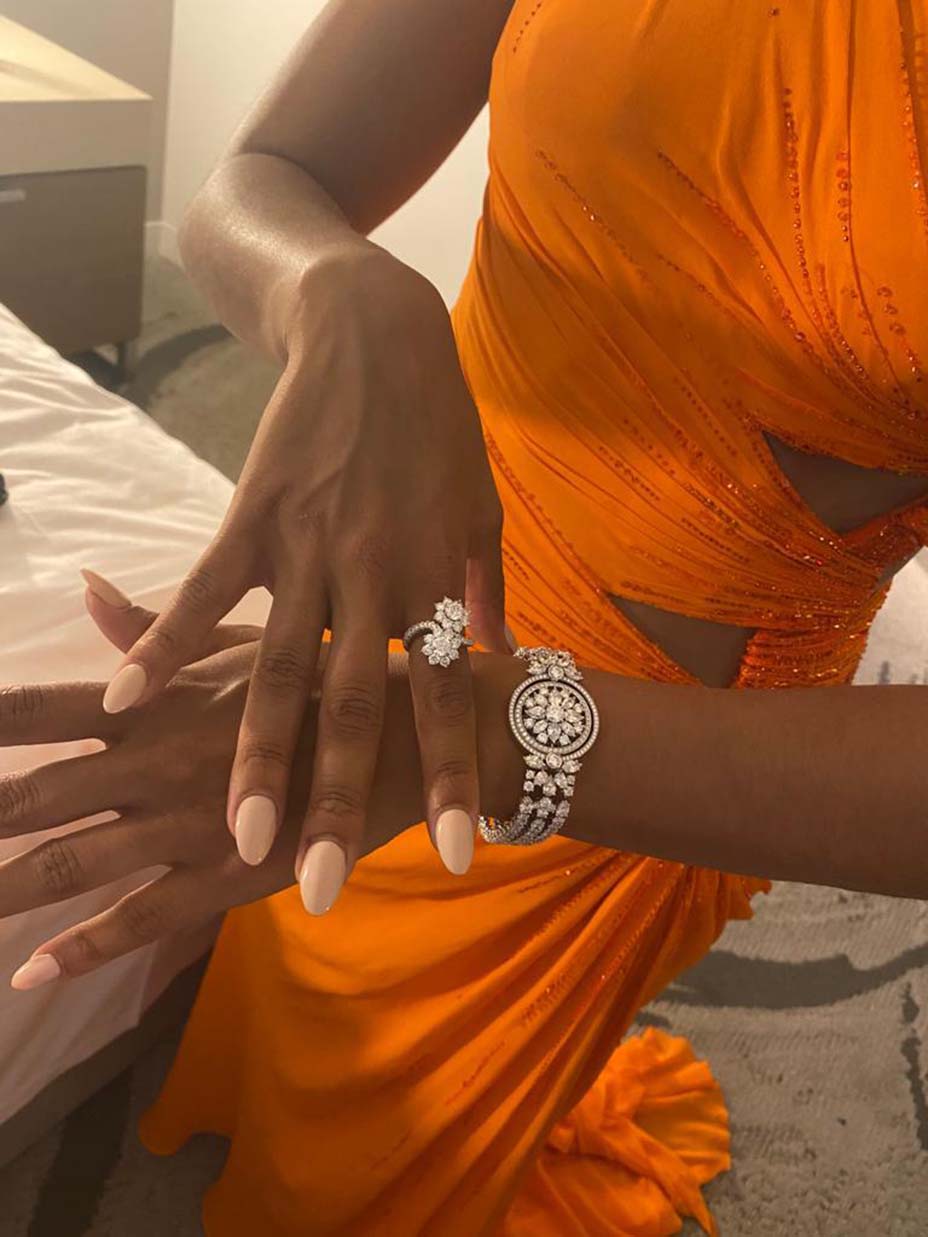 Both gowns are paired with gold platform heels by Stuart Weitzman. 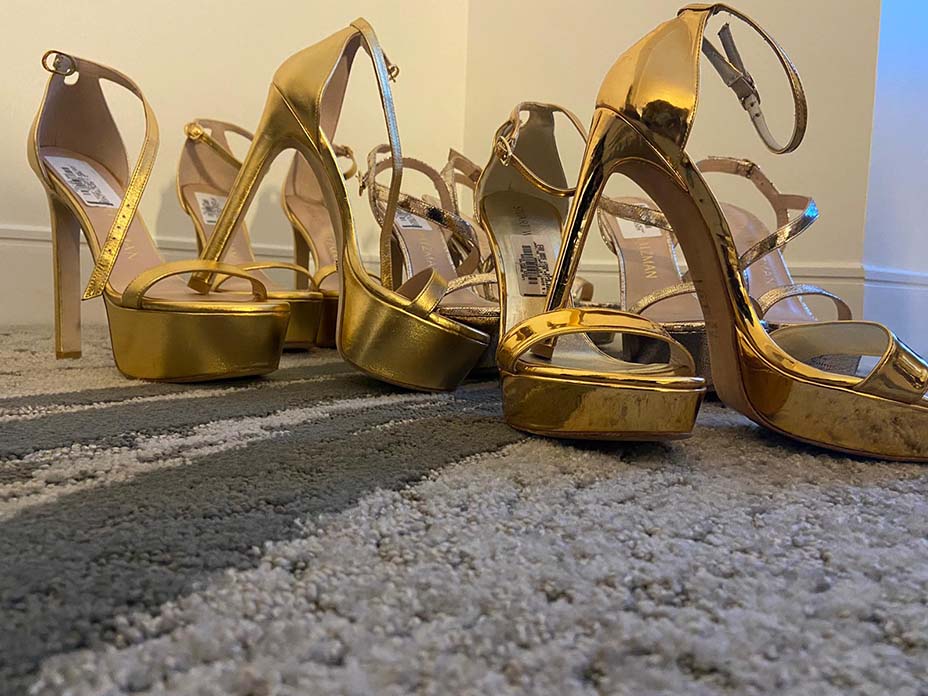 Smith and Edmiston agree that most designers overall have been more receptive to dressing both up-and-coming and actresses of color, an idea that has frustrated stylists and stars alike in past years. “Early on I wondered, could we get Versace? Only because she is a fresh face, but they replied back right away and said, ‘Let’s make this work,’” Smith says. “They couldn’t do custom because we only gave them five days, but we knew they’d come through with something amazing.”

Adds Edmiston: “And come September, as the West Side Story press tour kicks into gear, everyone will want to dress Ariana. We’ll definitely be remembering who made it so easy for us tonight.” 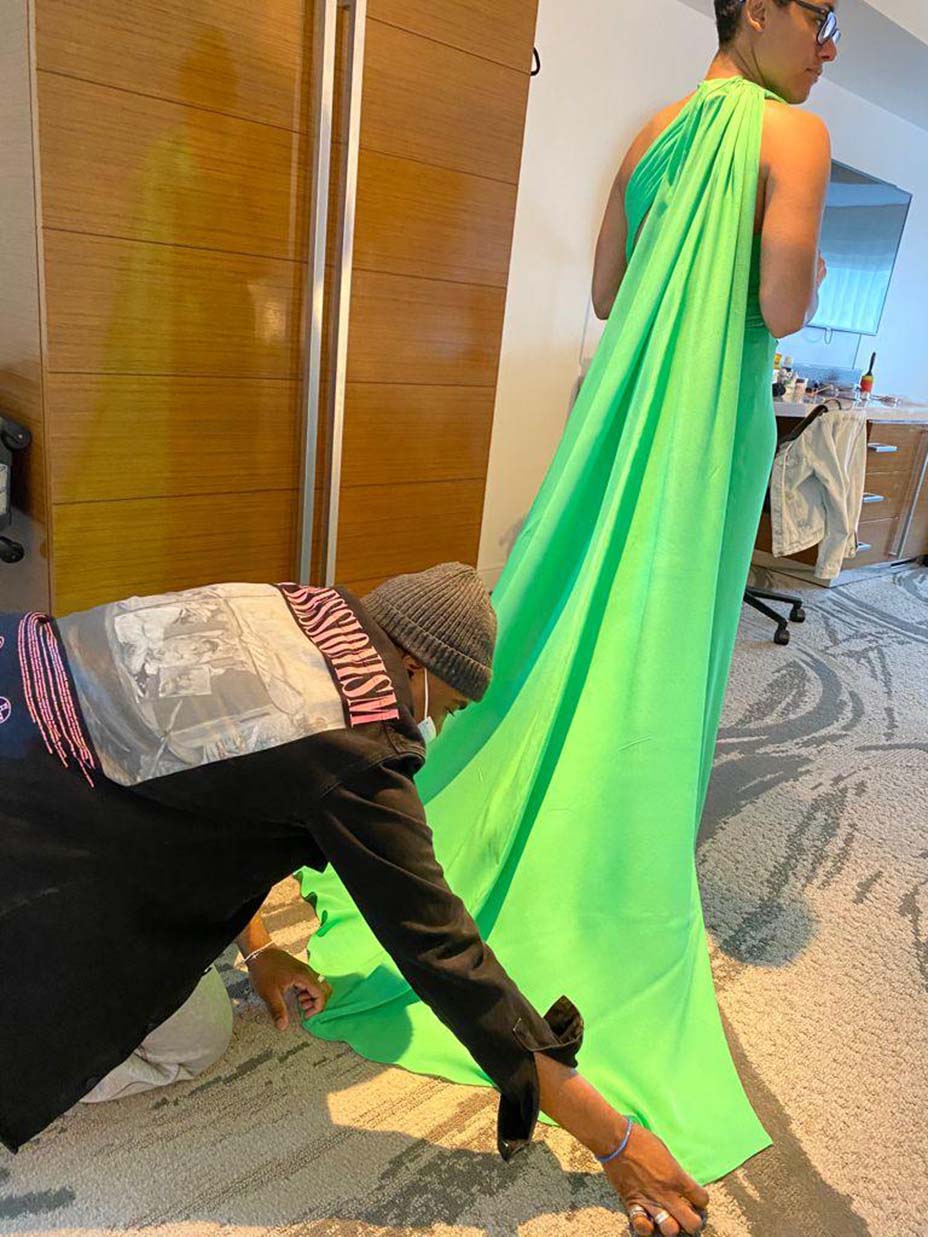