Priyanka Chopra paired her Ralph & Russo caftan-style gown with pink and white diamonds totaling $1 million by the New York-based Schwartz, while Klum opted for Schwartz’s diamond drops on a long chain, matched with a diamond bracelet and multiple rings, all valued at $2.5 million. Fold in the high-profile looks for Lizzo and Ariana Grande and Schwartz’s red-carpet placements totaled more than $16 million.

But Schwartz wasn’t the only A-list jeweler at the Grammys — from crystal-embellished pieces to one-of-a-kind diamond designs, here are some of the night’s boldest looks:

A multi-Grammy winner Sunday night, Lizzo turned up early on the red carpet, channeling a Diana Ross vibe in a curvaceous white beaded gown with matching faux fur stole by Atelier Versace; she paired the look with with a double-V diamond necklace, custom diamond earrings and diamond rings all by Lorraine Schwartz, valued at more than $2 million. 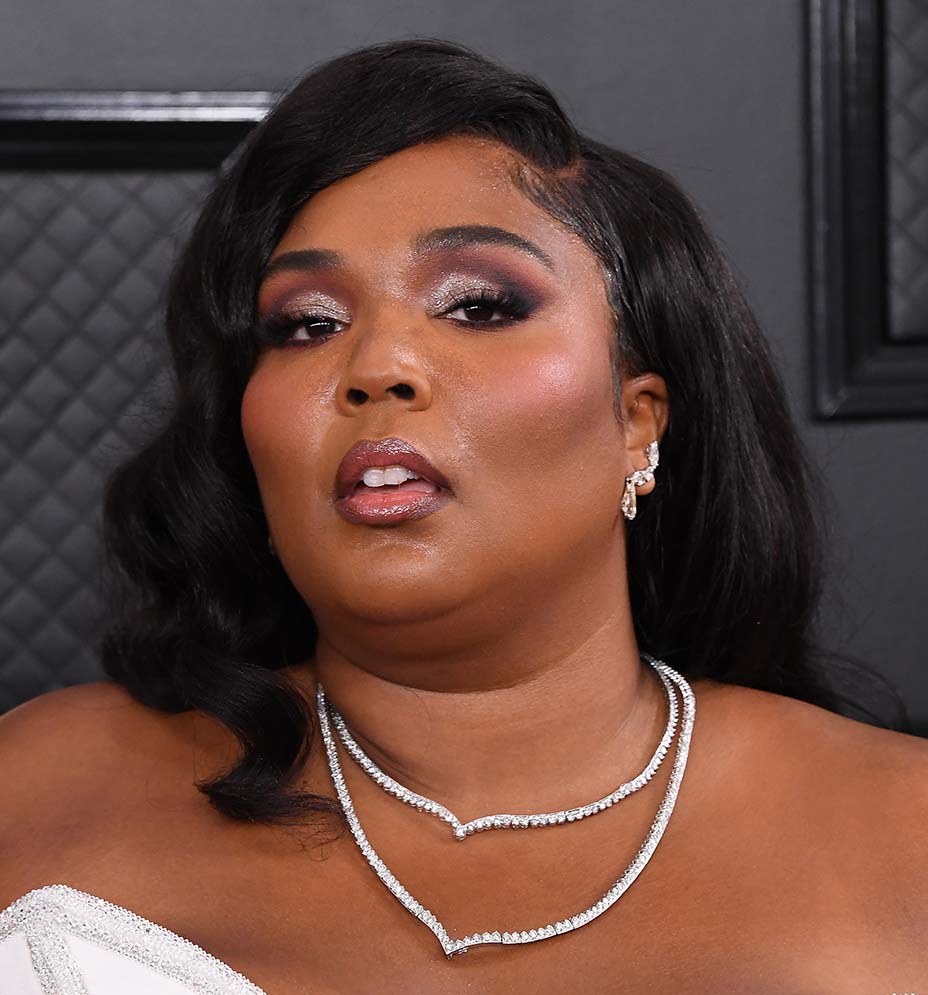 Twitter kicked into overdrive when Ariana Grande arrived on the Grammys red carpet in a custom gray silk-tulle ballgown by Giambattista Valli; with such a dramatic gown, Grande’s stylist, Law Roach, kept the jewelry simple: a pair of Lorraine Schwartz platinum-set diamond studs totaling 30 carats and valued at $2.5 million. For her onstage performance, Grande switched out the studs for a suite of Colombian emeralds and diamonds also by Schwartz: teardrop earrings crafted with 64 carats of Colombian emeralds and diamonds, a marching diamond necklace with a pendant featuring a 15-carat diamond and 60-carat Colombian emerald and a diamond ring. Total value of Grande’s onstage look: a cool $8 million. 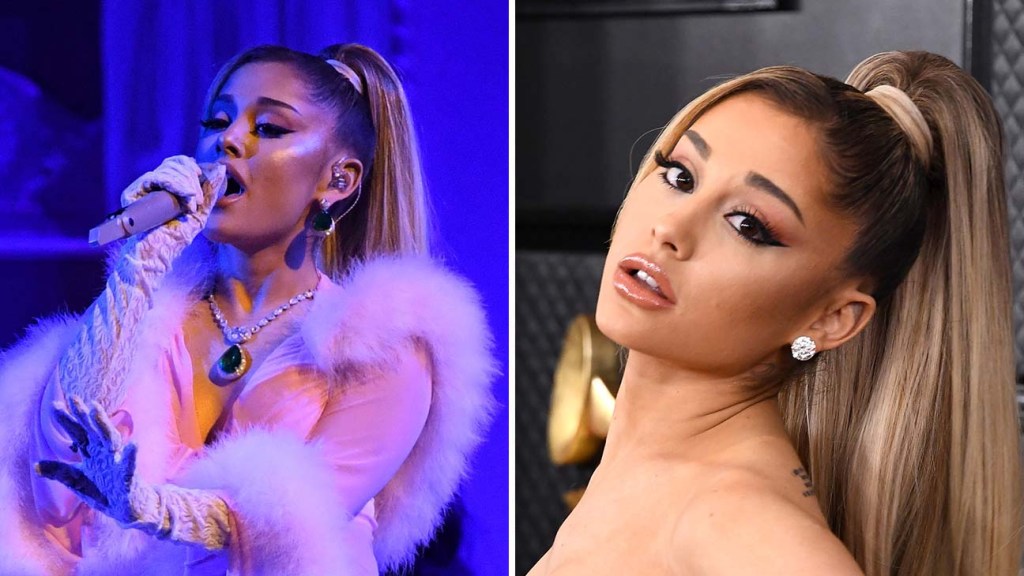 The Grammy nominee arrived on the red carpet with her father, a hint of what was to come with her emotional performance of “First Man.” Cabello’s red-carpet look included a Versace gown with jewels by Le Vian, including a $2 million collar necklace featuring 64 carats of diamonds. 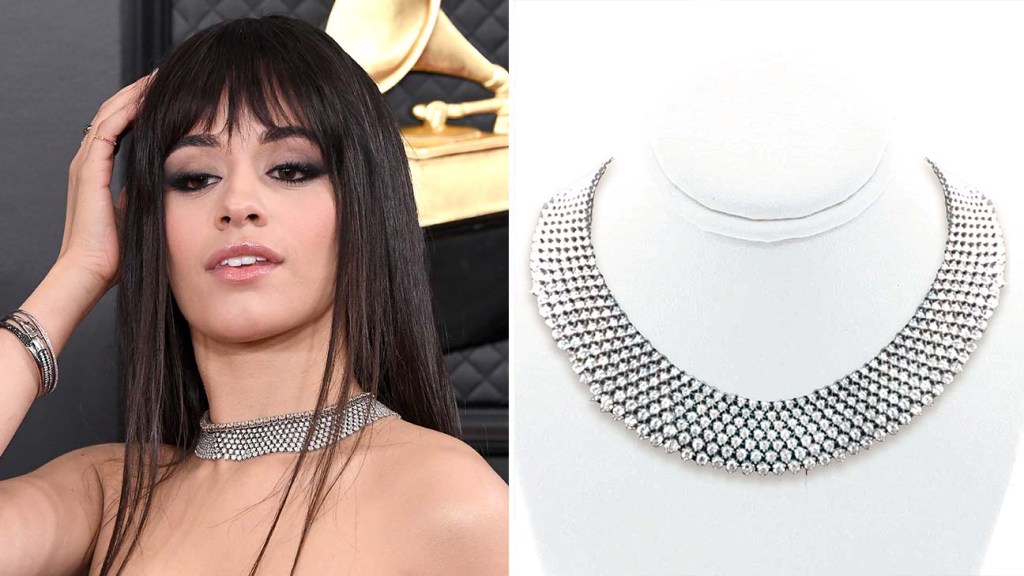 A Grammy winner for best musical theater album in 2013 for Kinky Boots, Porter continues his streak of high-drama looks this awards season with this sparkly fringed jumpsuit and matching mechanical hat, a custom look by Baja East by Scott Studenberg. Porter accessorized the look with jewelry by Alexis Bittar, including a bold crystal spider cuff from Bittar’s archives. 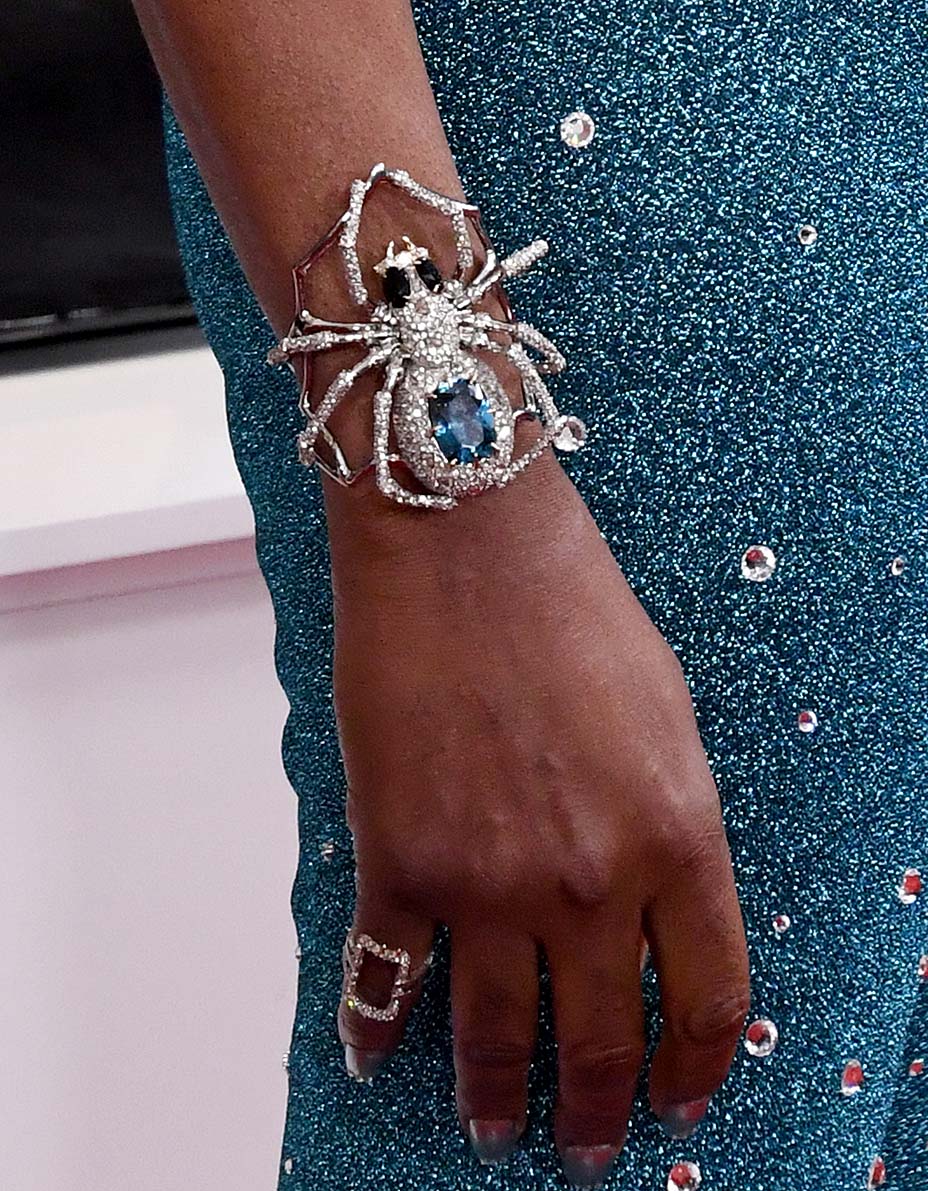 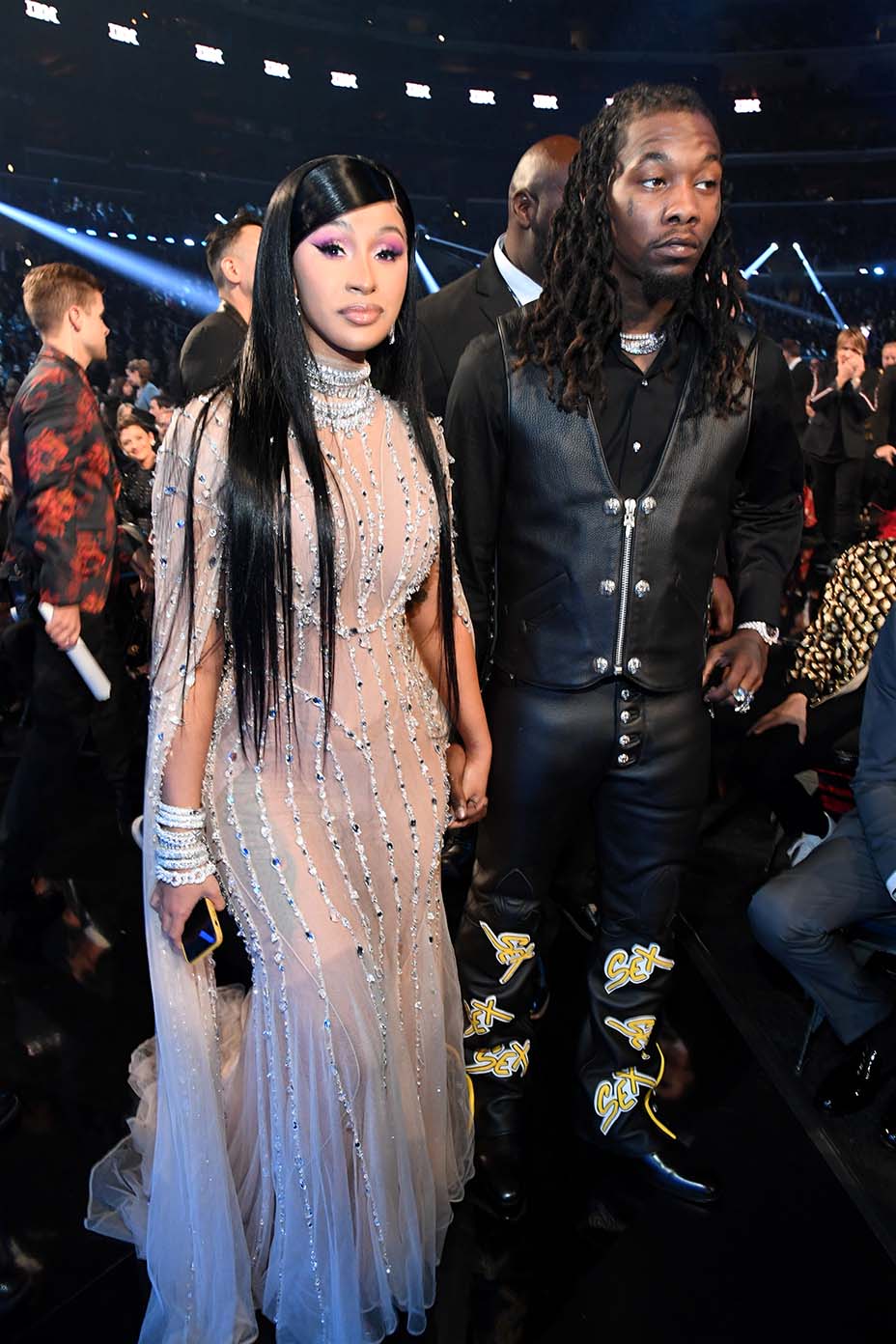 The Grammy-winning DJ accessorized his Western-influenced look with a necklace from Bulgari’s archives: The necklace dates to 1961 and is crafted of turquoise, sapphires and diamonds totaling 108 carats and set in gold and platinum. Diplo finished the look with a pair of Serpenti rings in diamonds and gemstones. 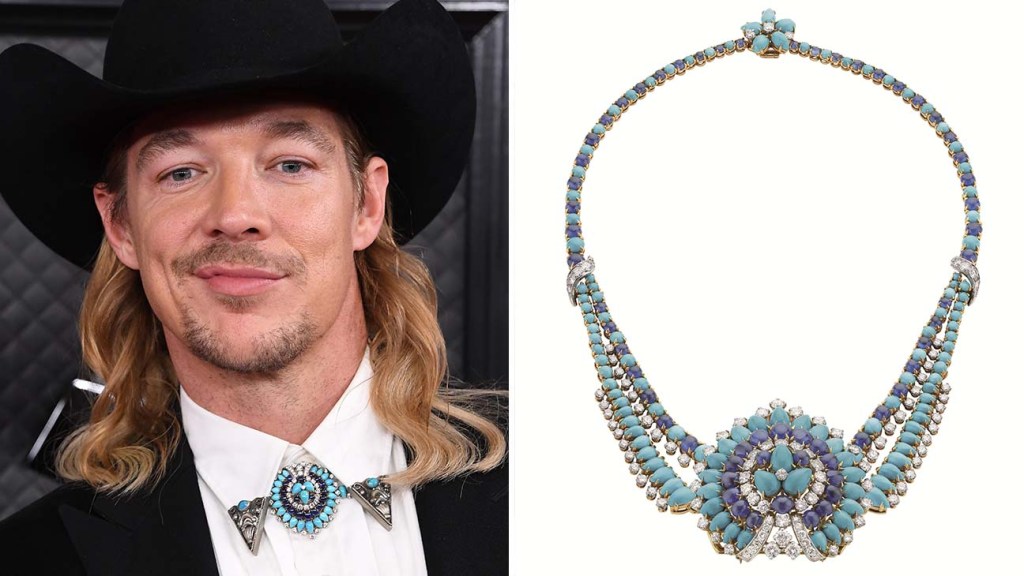 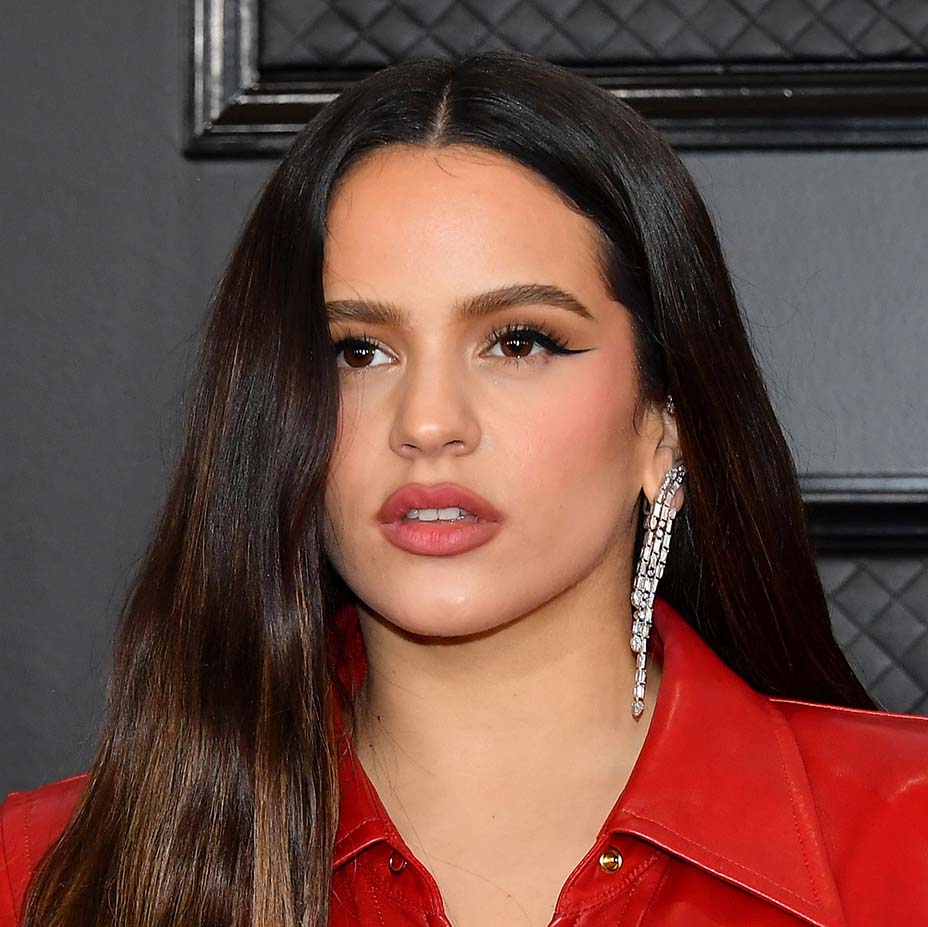