“It can be interpreted in many ways. I realize it can be striking oil in any aspect of your life,” said the 26-year-old, who has “struck oil in love” with her fiancee, YouTube star and transgender activist Gigi Gorgeous. That same motto extends to Getty’s current work endeavor, a streetwear-influenced fashion line named Strike Oil. What started off four years ago as one-off customized high-end leather jackets has evolved into a lifestyle brand debuting Tuesday, spanning logo-emblazoned bomber jackets and long-sleeve shirts splashed with her great grandfather’s words of wisdom to hand-painted vases.

Available exclusively on strikeoil.com, the brand’s first release features the Checker tee ($85) and Checker Hoodie ($165), each splashed with a neon rainbow-infused print to signify LGBTQ pride, a running theme throughout the line. Other styles will be available for pre-order, with additional product drops happening on a monthly basis. 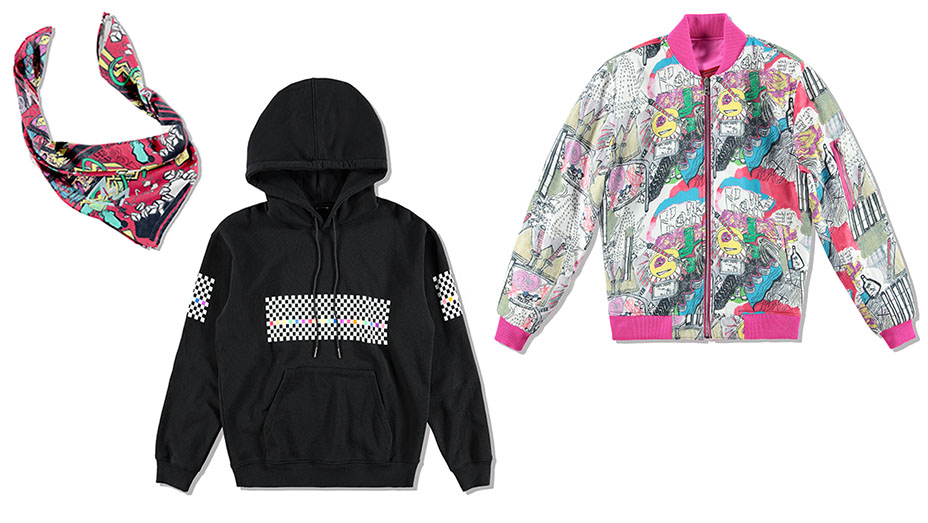 “I want girls who feel more comfortable on a skateboard than with a Barbie to still feel beautiful. I want ‘the differents’ to realize that they are the people that the cool kids come crawling to after high school and college,” said Getty in the brand’s official statement. “Being different isn’t bad, it’s our currency.”

“It started [four years ago] with me buying really expensive leather jackets and realizing everyone else was wearing the exact same thing, so I started just painting them on them and making them different and totally mine,” said the model, who has walked the runway for her brother’s line, August Getty Atelier.

When Getty’s first piece — a $5,000 Saint Laurent leather jacket drawn on with a white Sharpie pen — began racking up compliments for the artist, “I realized that I had a voice and something dope to say. It just went from there,” she said.

Stylists on her modeling shoots began taking note, as did the world of Instagram. When custom orders began to pour in, Getty began to focus on turning Strike Oil into a serious brand. Subsequently, she immersed herself in every aspect of the design process, starting with the manufacturers in Downtown Los Angeles’ Fashion District. “I learned everything from trial and error and built the line from the ground up,” she said of the blossoming label, now run out of a Culver City studio. 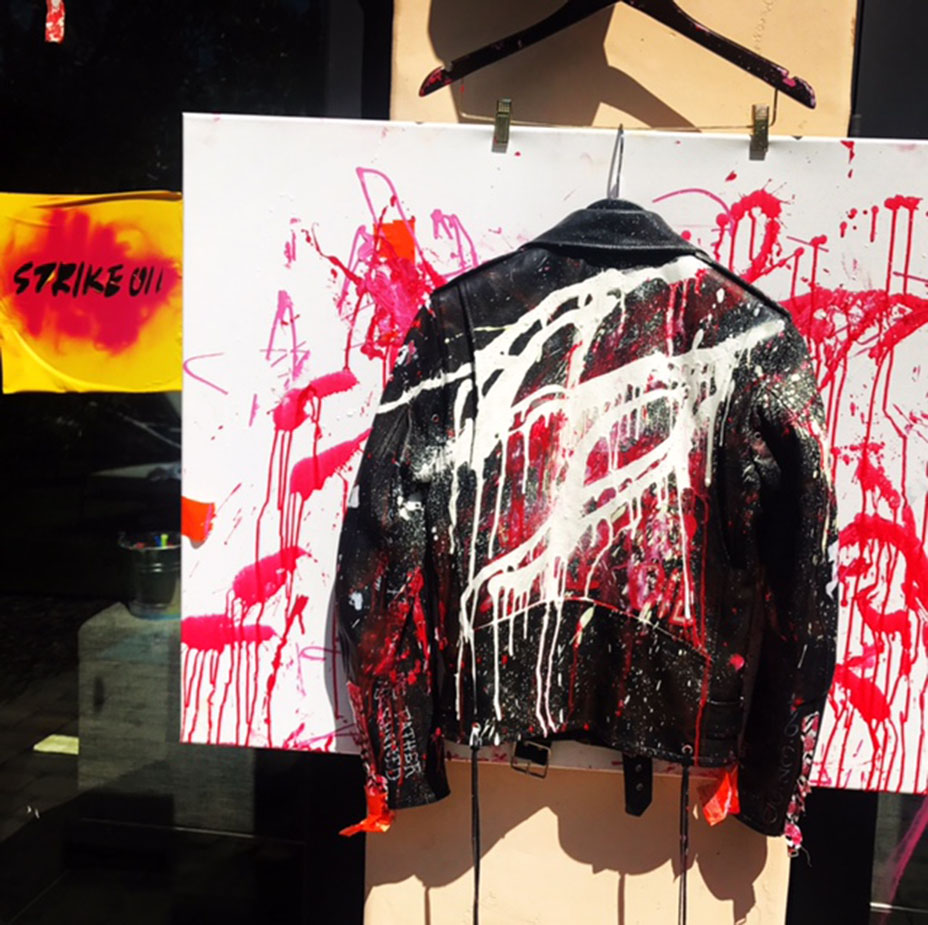 While Getty’s focus is on expanding the collection, personalized jackets (starting at $1,350) will always be part of the line (singer Halsey owns one, and the designer just completed a piece for Bella Thorne). Getty has also customized a handful of bags including an Hermes Birkin and a number of Fendi purses, which will be available for purchase in the future.

Sources of inspiration range from fashion designer Raf Simons to artist Jeff Koons (“My mom was always very big on the arts, so I’ve always had an eye for them,” she said), as well as Getty’s hometown of Los Angeles, where the line is predominantly manufactured.

“I take a lot of inspiration from Dogtown and the old-school skaters, as well as the Arts District downtown,” she said. “I’m a big champion of Los Angeles — I was born and raised here.”