After months of shelter-at-home orders, hotels across the West are starting to reopen as new “public health guidelines allow hotels to welcome leisure travelers in parts of” the state, says Visit California president and CEO Caroline Beteta, adding that “every county is on its own timeline. The state provides the how and the counties provide the when.”

These moves come just as interest in vacations is perking up in Hollywood. “My family is very optimistic and adventurous, and we always look forward to summer vacations,” says Tracey Edmonds, president and CEO of Edmonds Entertainment and AlrightTV. Although Edmonds and her family often travel overseas in the summer, they prefer to remain closer to home this year. “We want to stay a bit more local and support our economy post-lockdown,” she says.

Ethan Coen on Why He Stepped Back From Filmmaking: "It Was Just Getting a Little Old and Difficult"

While Edmonds originally looked into a road trip to Carmel, many stops along the way are not yet open, such as industry favorites the Four Seasons Biltmore (opening date TBD) and Belmond El Encanto (opening June 25) in Santa Barbara; the Alisal Ranch in Santa Ynez (June 18); and Ventana Big Sur (July 15), where Taylor Swift has stayed.

So Edmonds now is considering a trip to Enchantment Resort in Sedona, Arizona (open since May), where there currently are no travel restrictions. “With its healing energy, Sedona sounds very appealing right now,” she says. Writer-producer Patrik Ian-Polk (P-Valley, Being Mary Jane) is also eyeing Sedona. “It’s at the top of my list,” says Ian-Polk, who’s looking into L’Auberge de Sedona (which never closed) or Miraval in Tucson (reopening June 25), which has welcomed Lupita Nyong’o. “Miraval is a dream destination of mine ever since watching Oprah mention it on her talk show.” 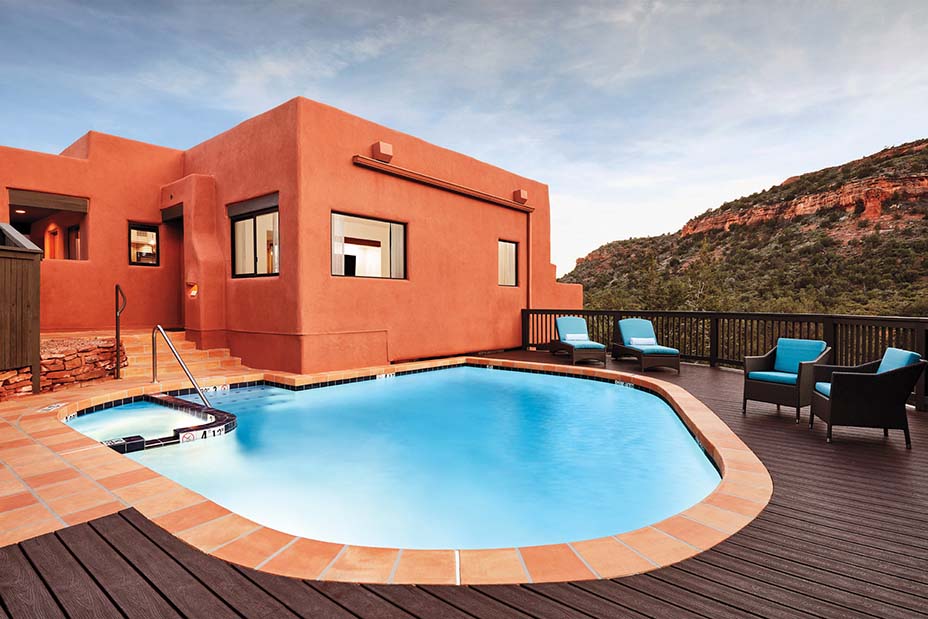 In Orange County, Laguna and Newport Beach are year-round draws for execs and home to The Ritz-Carlton and The Surf & Sand (both have reopened), The Resort at Pelican Hill (which opened its bungalows June 15), and The Pearl (June 28). “This is the first summer in 10 years that we aren’t hopping on a plane,” says Mandeville Films president of television Laurie Zaks, who’s planning a visit to Montage Laguna Beach (which has reopened). “California has a lot to offer, and it will be good to get out of the house for a few days and be close to the ocean.”

Many resorts in Utah are open with more on the way, including Auberge Resorts’ Lodge at Blue Sky (which reopened June 1), perched on 3,500 acres of majestic ranch terrain; Washington School House in Park City, which Netflix takes over during Sundance (open since May); and the Montage Deer Valley (July 1). 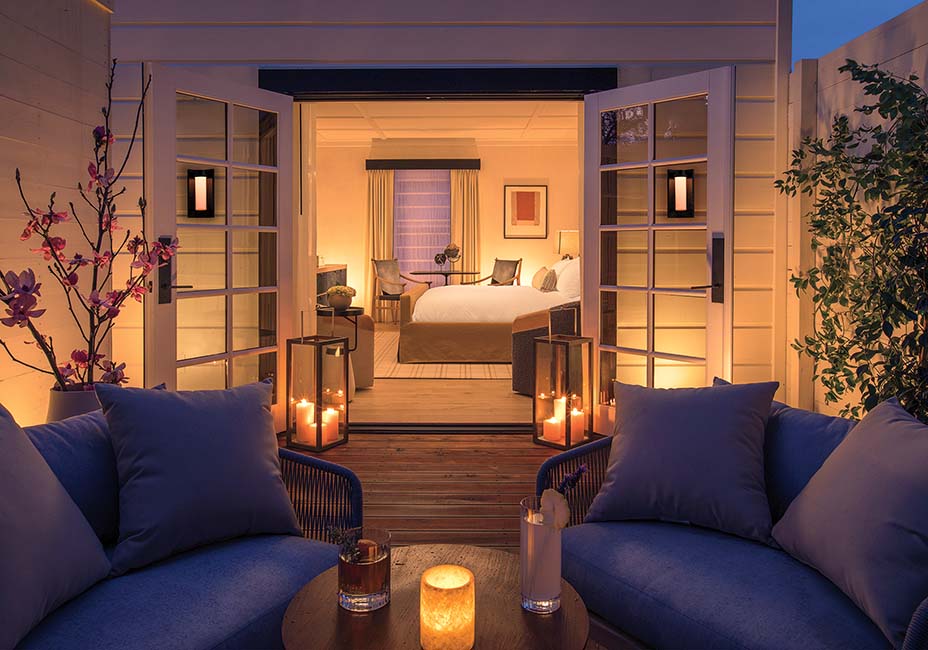 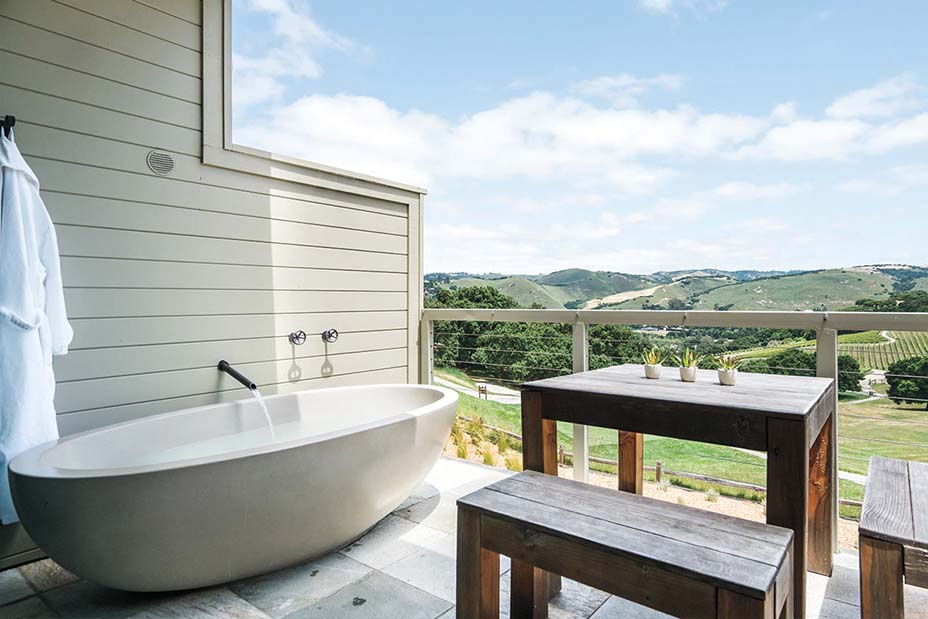 Other industry-beloved resorts in California that are hoping to welcome summer travelers include the Ojai Valley Inn (which is reopening June 22 and will later this year unveil its newly refreshed Spa Ojai); MacArthur Place Hotel & Spa in Sonoma (opening July 1); Carmel Valley Ranch (opening in July); and Las Alcobas in Napa (June 15). For those looking to travel to Lake Tahoe, the lakefront Nevada-side Edgewood Tahoe (where Justin Timberlake has been spotted ) reopened May 15.

In this COVID-19 era, hotels are limiting occupancy and must adhere to California Department of Public Health guidelines. Expect hotel staff to be wearing masks — with guests strongly encouraged to do so — enforced physical distancing policies throughout each property, plexiglass barriers where distancing may be challenging, hand sanitizer stations, contactless check-in and room service, and increased, technologically advanced disinfecting of guest rooms and common areas. 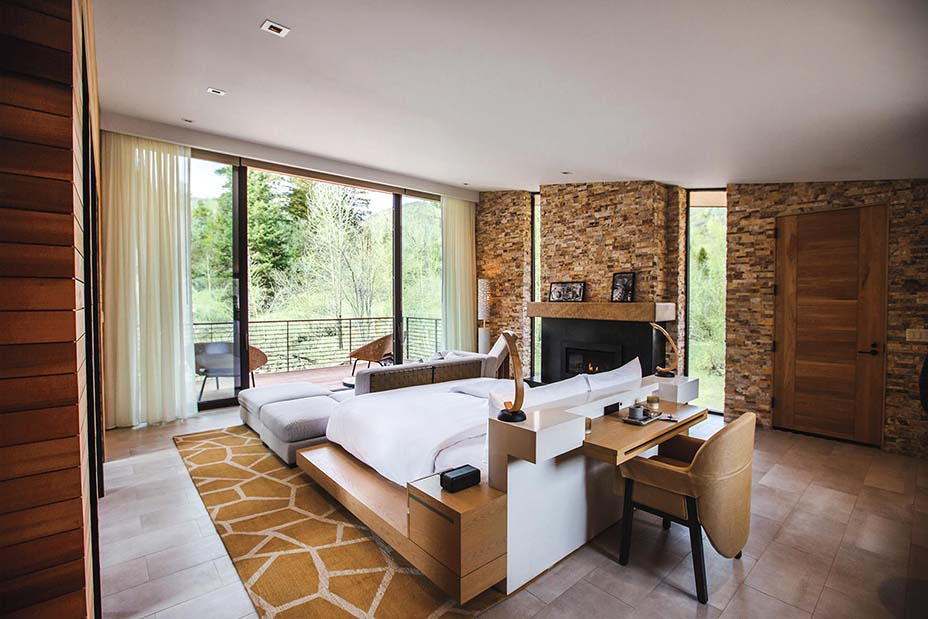