Ashley Graham has welcomed her first child. The model gave birth to a baby boy on Saturday.

Graham shared the news on her Instagram story, writing, “At 6:00pm on Saturday our lives changed for the better. Thank you for all your love and support during this incredible time.”

Graham tagged husband Justin Ervin’s Instagram account in the post. The two have been married for about 10 years after meeting at church. The model announced on Instagram in August that they were expecting a baby, writing, “We are feeling so blessed, grateful and excited to celebrate with our growing family.” The couple subsequently revealed on their social media accounts that they were expecting a boy.

While pregnant, Graham starred on one of the January covers of Vogue wearing an Oscar de la Renta caftan for its motherhood issue, which also tapped Cardi B, Stella McCartney and Greta Gerwig as cover stars (shot by Annie Leibovitz).

In a revolutionary move, Graham showed off her baby bump on the runway in September by walking in Zendaya and Tommy Hilfiger’s New York Fashion Week show.

“Tommy told me I was the first pregnant woman who’d ever walked his runway. It was kind of like a block party in Harlem, all kinds of women, all genders, races, and everybody’s heels were so high,” the plus-size model told Vogue. “I was praying I wasn’t going to fall down. Which is an awful lot to ask of a model in her second trimester — I have wounds on my feet!” She also attended shows by Christian Siriano and Rihanna’s Savage x Fenty brand. 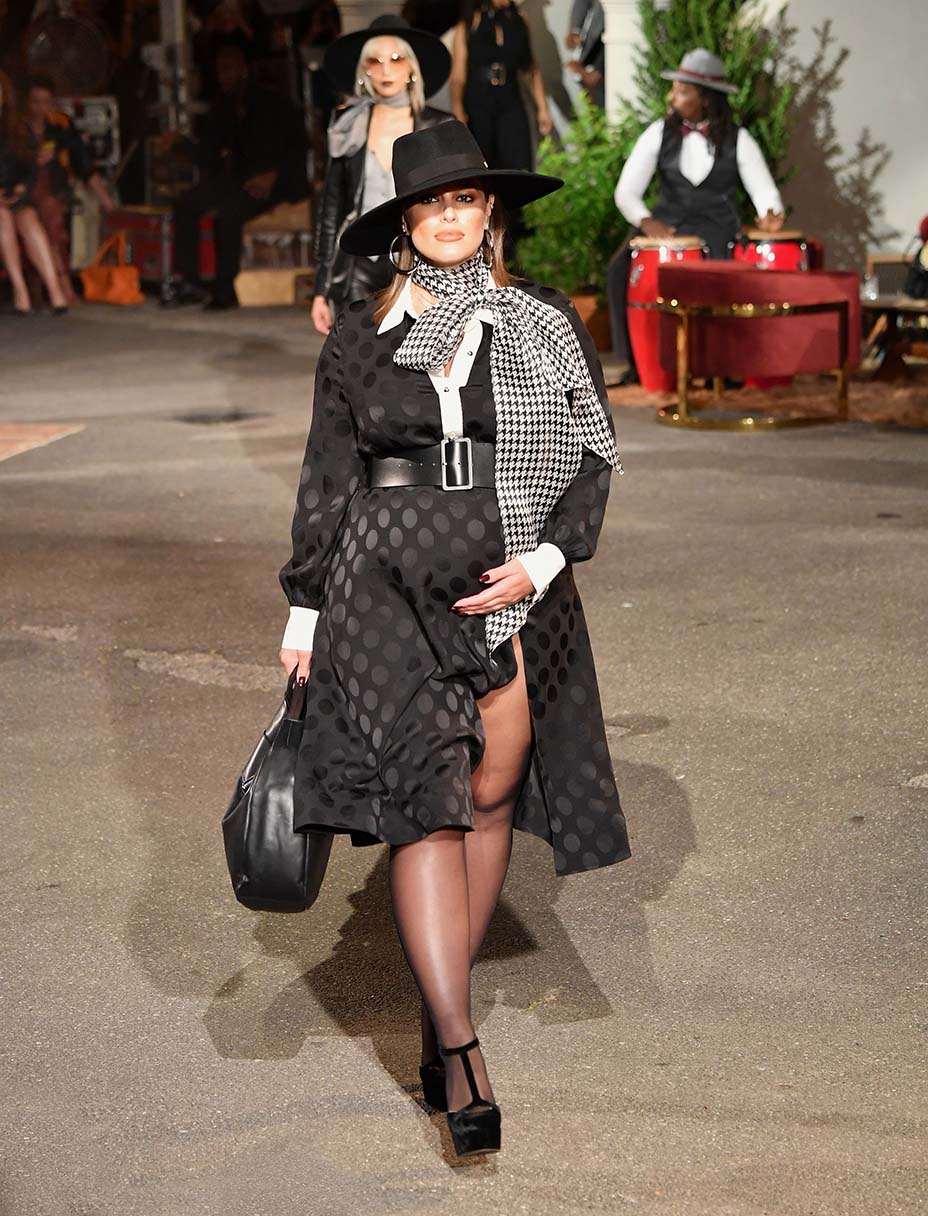 Graham, 32, has received motherhood advice from Serena Williams, Amy Schumer and Kim Kardashian. “There’s just this camaraderie. It’s a secret society that I didn’t know about. I was hiding my pregnancy for the first four months. I’ve always had control over my body — when everyone else wanted to dictate what it should be, I took full control over it — but I had this life inside of me saying, It’s not yours anymore, it’s mine. And you have to just succumb,” she said.

In addition to continuing to host her podcast Pretty Big Deal, the fashion star debuted a new swimwear campaign with Swimsuits for All. “Shooting this Swimsuits for All campaign while pregnant was truly empowering,” Graham told Harper’s Bazaar this month. “I’ve been honest and have shared my feelings about my body changing, and this shoot for my anniversary collection reignited my confidence and reaffirmed that our bellies are beautiful. We should be celebrating our bodies at all stages throughout our lives.” She’s been open about turning to yoga, acupuncture and lymphatic massages during her pregnancy.

Ervin is a filmmaker whose credits include directing the documentary Elephant in the Room and working as cinematographer on the short Essence Black Girl Magic: A’Dorian Thomas. He has shot campaigns for clients such as Vogue, Conde Nast, Swimsuits for All and Netflix.