From pop princess to emerging fashion plate, Hailee Steinfeld has shown more than a few variations in style since making her Hollywood debut at 14 in 2010’s True Grit.

In addition to having serious acting chops, the now 21-year-old has a successful singing career where provocative looks (think slinky jumpsuits, structured dresses with more than a few cutouts) rule, often making her appear years beyond her age. 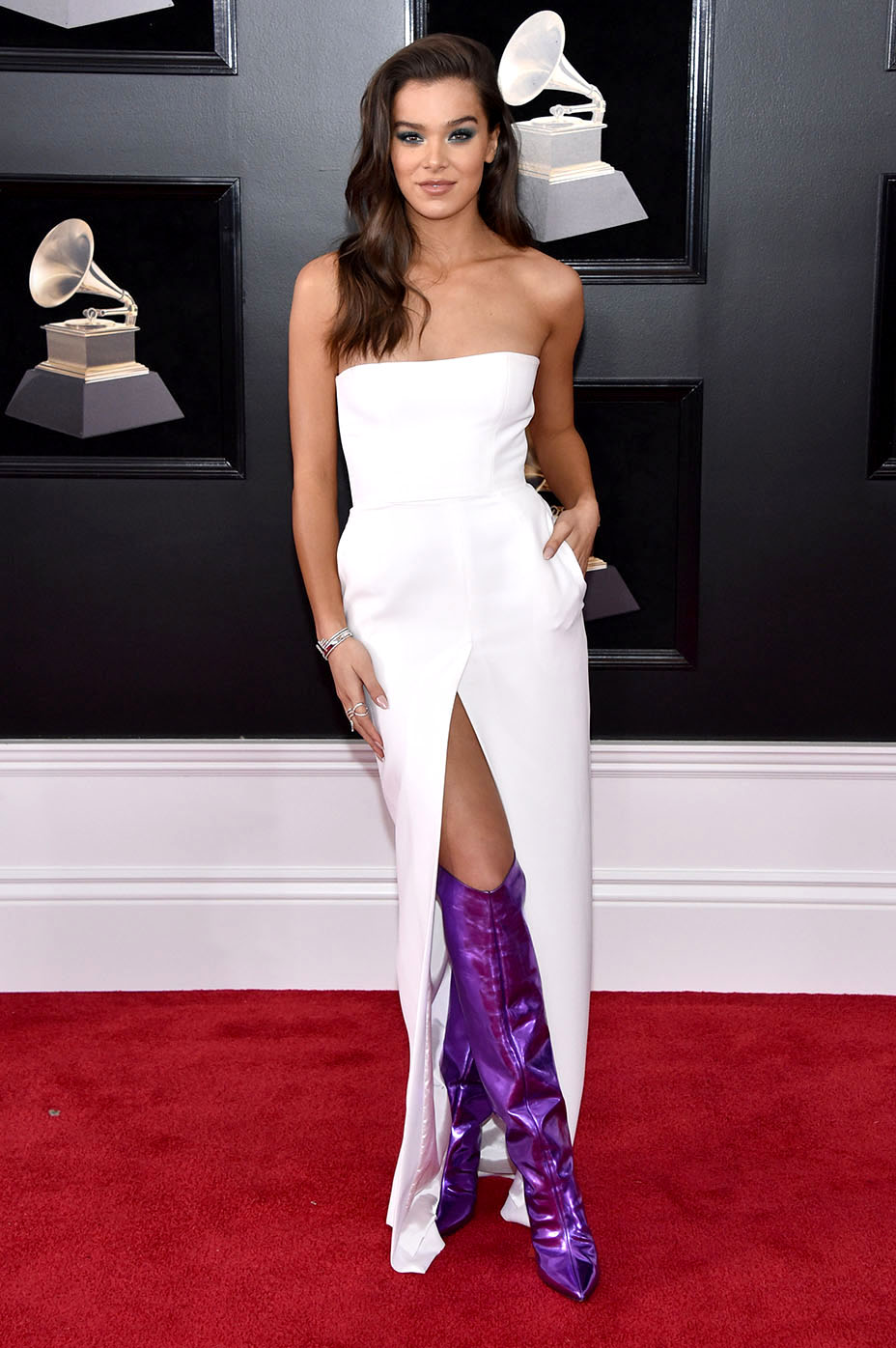 Until now, she’s struggled a bit to find her sartorial identity, but she seems to have finally found her footing tonight on the Grammy red carpet.

Clad in a crisp, white strapless Alexander Vauthier column gown and metallic pointy toe over-the-knee boots, Steinfeld finally looks relaxed and self-assured in what she’s wearing and not as if she’s trying to fit the sexy pop star mold.

Steinfeld has been working with mega-stylists Rob Zangardi and Mariel Haenn (they famously also dress Jennifer Lopez and Gwen Stefani), and they’ve certainly applied their signature strong and sexy aesthetic to the actress-singer, yet it hasn’t quite always worked.

Tonight the stars seem to have aligned with her streamlined, strapless look, punctuated by a shock of blue eye shadow.

Steinfeld’s even got her hands tucked into the pockets of the dress to highlight the cool and easy vibe she’s giving off.