Since hearing Virgil Abloh speak about finding inspiration in the mundane, it’s hard not to filter every New York Fashion Week presentation through that lens — the idea being that anything can be art (or fashion, I should say) if you choose to see it that way.

At Public School’s Sunday morning show — which drew ASAP Ferg, Carmelo Anthony and Justine Skye to the front row — plastic grocery bags were incorporated into the hoods of nylon windbreakers and layered over sleeveless flannels, not unlike a makeshift poncho crafted by a pedestrian caught in the rain. There was a bit of a self-referential wink in this functional-turned-fashion statement; the text printed on the bags read, “Come Again,” and listed the address of the Chinatown alleyway-turned-runway. 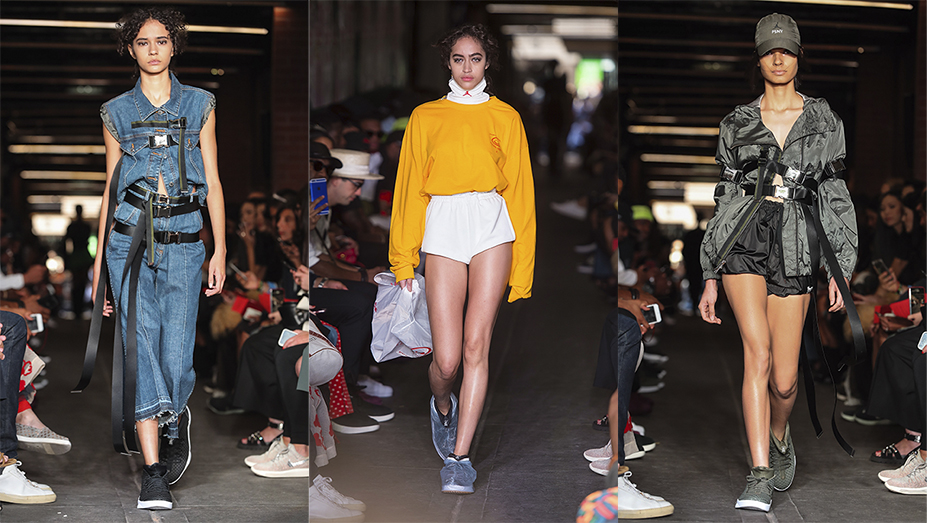 Plastic bags were also placed over sneakers, a move you could imagine a devout sneaker-head pulling in a pinch should the weather turn. It was also reminiscent, however, of the fall 2017 N. Hoolywood show by Japanese designer Daisuke Obana, which was inspired America’s homeless youth. (Obana was on the receiving end of some harsh criticisms for the Zoolander-esque appropriation.)

Plastic bags aside, the rest of the collection had the air of upscale athleisure — but with Public School’s streetwise edge. Designers Dao-Yi Chow (who took his final bow in a cap reading, “DACA Dreamers”) and Maxwell Osborne proved the athletics trend is alive and well (despite rumors to the contrary) by sending sneakers, windbreakers and athletic shorts layered over monotone leggings down the catwalk. Utility buckles tied corset-like around the waist, as well as zippers, buttons and drawstrings, didn’t serve their usual function (you know, fastening things), just an aesthetic one.

At Sies Marjan, a label recently rocked by Beyonce and Zendaya, the fashion-over-function mentality was subtler and definitely on-brand — that is to say, blindingly bright.

The opening look, an orange and pale blue striped sweater over pastel pink trousers, showed off a tailoring trick that gave the effect of a random yet purposeful bunching. In the way that just a few seasons ago, Monse took a classic staple — a shirt — and completely turned it on its head without guise of increasing functionality, so too did Sies Marjan designer Sander Lak give us a new way to envision our sweaters (or dresses, or blouses). A new wrinkle, as it were, to contemplate. 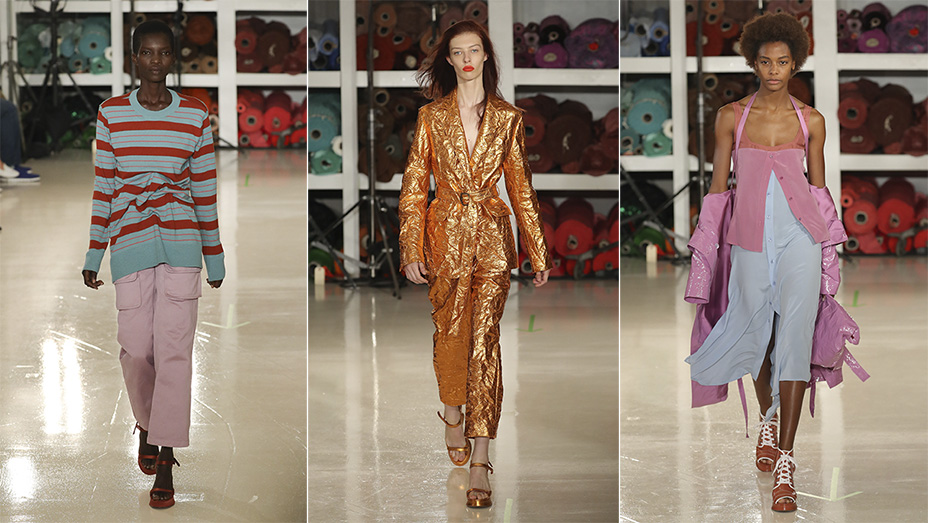 A copper-colored pantsuit with a foil effect, as well as a layered slip dress with the same unnecessary excess of buttons and straps as witnessed at Public School were among the standouts of the runway show, which took place at the brand’s midtown atelier. Each look was styled with a pair of shoes from the brand’s debut footwear collection — which plays just as much with color, shape and weight as the ready-to-wear line — and an in-your-face poppy-colored lip.

With word of the nasty weather down south, we can’t wait for a spring to embrace Marjan’s cheery color palette.