Just because this season of The Bachelorette is breaking new ground with the most diverse cast in the franchise’s 15-year history doesn’t mean the contestants have ditched the gimmicky costumes and questionable one-liners that we love to hate.

Bachelorette Rachel (outfitted in a white Randi Rahm gown) met her 31 suitors on Monday night, among them one penguin, one ventriloquist (complete with his French-speaking dummy), one man whose career was listed as “Whaboom” (more on that later) and, thankfully, a handful of impeccably dressed gentlemen.

'Bachelorette' Rachel Lindsay: I Wanted the Cast to Reflect My Dating History

Both Will and Diggy were charming in their carefully chosen ensembles. For pattern-mixing expert Diggy (real name Kenneth), tortoise-shell glasses, a baby pink gingham bow tie and a baby blue gingham shirt showed off his stylish persona, which is nothing to bat an eye at — the man apparently has a collection of more than 500 sneakers. 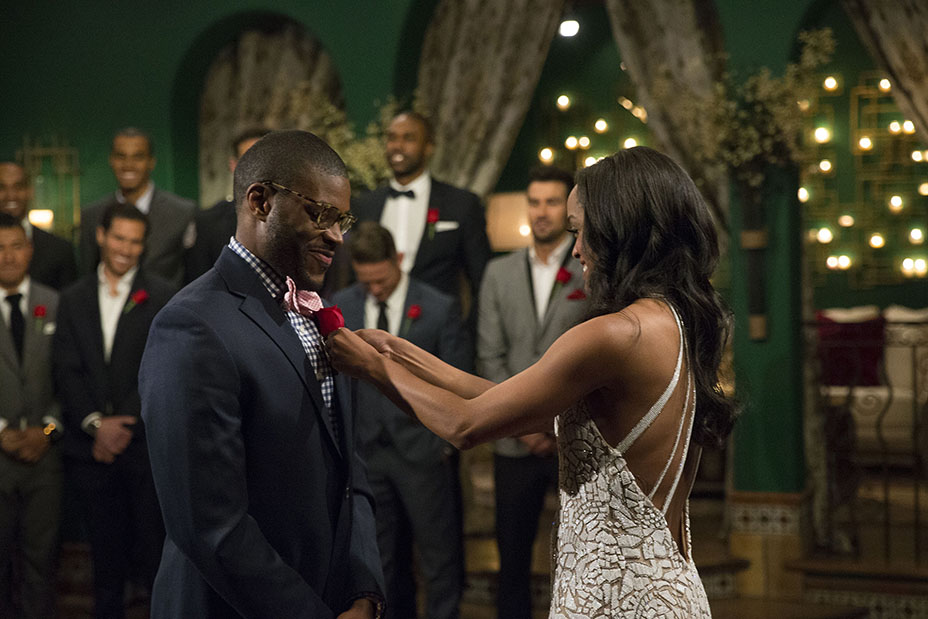 ” ‘Diggy‘ is a nickname I’ve had since I was younger because I’m passionate about fashion and just looking great,” he said. “One day, somebody told me they like my digs, and so ever since then, I’ve kind of been ‘Diggy.’ … Diggy’s got a little swag.”

Then there’s Will, who gave us hot-Urkel vibes with his bright red suspenders and oversize specs. However, it was his heart-print socks that really sold us. 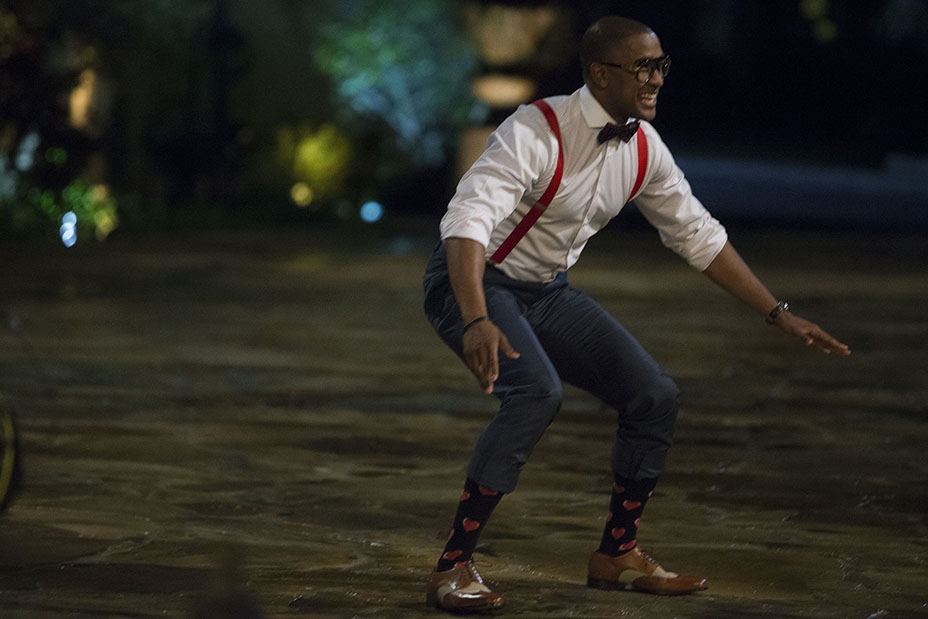 Lucas, whose profession is listed as “Whaboom,” has already been painted as this season’s villain, being likened to the obnoxious Jean-Ralphio on Parks and Recreation. His gimmick, it appears, is a weird catchphrase, which he wore on a T-shirt under an ill-fitting navy suit while introducing himself to Rachel. “No one else is dressed like you inside,” Rachel mused, “so you’ll stand out.”

TBD on whether he’s really here for the right reasons.

If this is just a GLIMPSE of “Whaboom“, we can’t imagine what we’re going to see later… #TheBachelorette premieres Monday at 8|7c on ABC! pic.twitter.com/SH5TrsmYYK 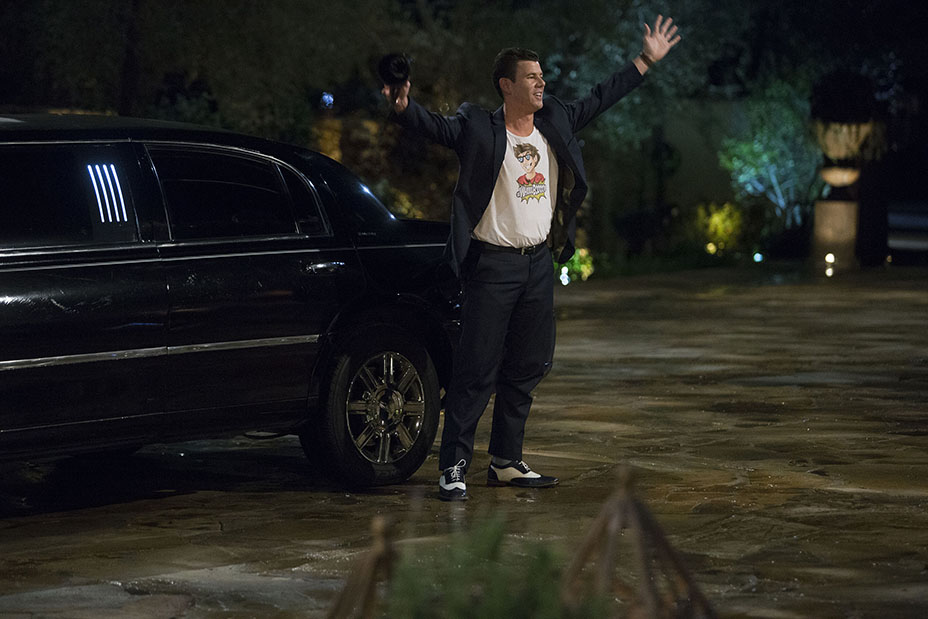 Every season needs an adult wearing an animal-costume onesie, right? “I heard you like penguins,” said Matt upon meeting Rachel.

Thanks for keeping the tradition alive, Matt. 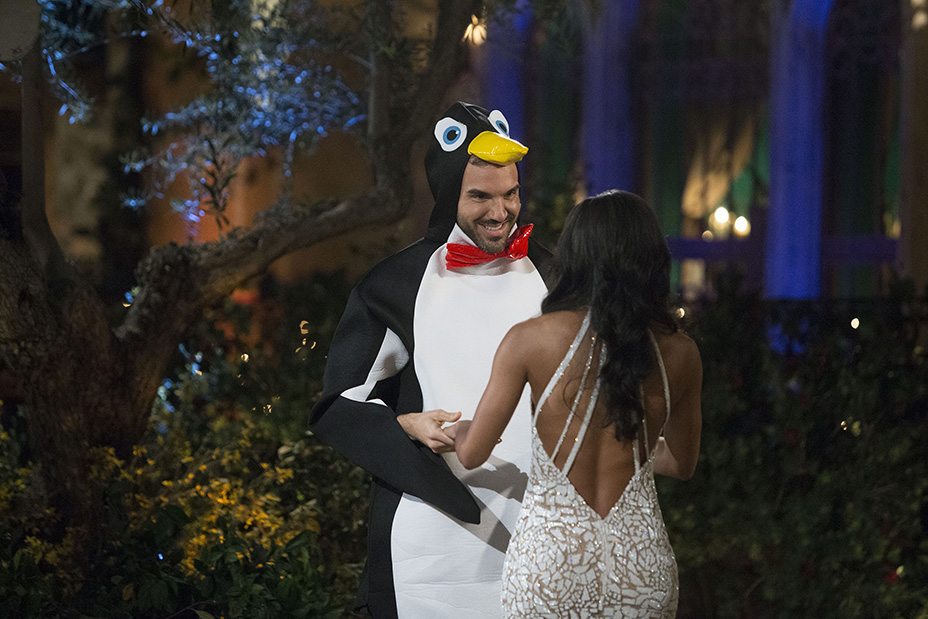