“I’ve been talking about making a collection of clothing for probably 15 years,” Getty tells The Hollywood Reporter. “I’ve always been creative. I grew up in the Waldorf system so we didn’t have TV, we didn’t have toys; everything we did, we did ourselves. We were putting on plays for my mom and writing musicals, and I’ve been drawing and painting the whole time [while] I was acting primarily. I was always doing all of this other stuff. I just got to a place where it was time to explore it in a more profound way.”

The 44-year-old Getty Oil heir took over a former RadioShack store located in the same sleepy Fairfax Avenue strip mall as Chinese restaurant Genghis Cohen. Located just north of Melrose Avenue, the Monk Punk shop occupies a 330-square-foot front retail area, while the rest of the space serves as a creative hub for Getty’s PurpleHaus music label and also houses a podcast studio. The back hangout is decorated with vintage Getty Oil signs and artwork, including a massive psychedelic painting of Getty’s mother, Gisele, and her twin sister, Jutta Winkelmann. (“As a family, we sort of see who can find and collect, like, the dopest shit,” Getty says while revealing a vintage Getty Oil tie clip he found on eBay. “I think I probably do because I’m the eldest.”)

“When this location became available, this was almost like a dream location for me. It’s on Fairfax; it’s just enough out of that [streetwear] epicenter down there where it’s like we have our own shit up here. I’m not trying to be ‘down there,’” says Getty. The father of four recalls the pioneering retailer Wacko/The Soap Plant’s newsstand shop that originally stood at Martel and Melrose Avenues: “[It’s where] everything sort of emanated. The alleyway is where we did our graffiti; there were punk rockers and graffiti kids. It’s a trip — my kids go to Melrose to buy Dr. Martens, just like I did.”

His wife, fashion designer Rosetta Getty, runs her namesake women’s ready-to-wear label in the office space between the two. He has yet to tap his wife for design advice: “I’m really wanting this to be an expression of me. I’ve been lucky because I’ve gotten to grow Rosetta’s company with her. And so in that respect, I’ve learned a lot, but I should [listen to my wife] because I always end up going, ‘You were right. I should have listened to you,’” he says. 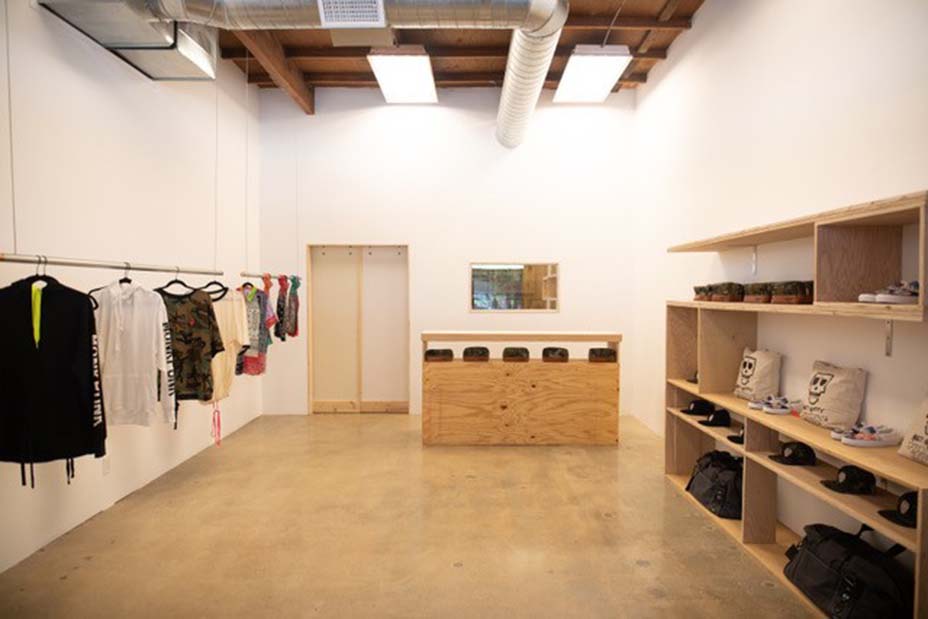 As for Monk Punk (which takes its name from Getty’s combined influences of punk rock and Eastern meditation), the line is made entirely in L.A. and is comprised of frayed-hem basic tees ($175), camouflage-print tees with bandana sleeves ($199), organic hemp ringer shirts with drawstrings at the hem ($250), Japanese twill cotton pants ($450), waxed canvas duffel bags with built-in battery chargers ($2,620), logo-happy hoodies and sweatpants, and luxe leather backpacks. Rounding out the range is The Paul, a collarless unisex shirt dress ($395) inspired by the Moroccan caftan worn by the designer’s grandfather, John Paul Getty Jr., in the famous 1970 Vogue photo shoot with his wife, Talitha Getty, at their Marrakech home. The shop will also stock a clothing collaboration with Chrome Hearts; more brand partnerships are coming soon, Getty says.

Similar to the origins of his fellow designer-activist cousin Nats Getty‘s fashion line (her streetwear line Strike Oil launched in January after years of customizing one-off styles) the Brothers & Sisters actor’s brand was born two years ago when he began creating custom designs, such as deconstructed denim and Vans slip-ons emblazoned with his own hand-drawn art. “I found silk-screening spots in downtown and little cut-and-sew laundry mats; I was always bringing things in and making one-off pieces,” explains Getty. “More and more people were asking me [about] them and I was like, ‘I only have two, and I don’t sell them.’”

In line with his family’s philanthropic roots, Getty donated to the South L.A.-based youth program Crenshaw Rams in conjunction with his latest lookbook shoot for the streetwear line, photographed by Matt Adam and starring former members of the Rolling 60s Crips, the same gang that late rapper and community activist Nipsey Hussle distanced himself from.

“I wanted to donate to the Crenshaw Rams and Big U’s Developing Options program because I believe in community and starting again,” Getty told THR. “Not to mention how fly they looked in season one of my line Monk Punk.”

A portion of proceeds from Monk Punk will also benefit local nonprofits. (Getty continues to sit on the boards of the Joaquin and Rain Phoenix-founded Lunchbox Fund and Sean Penn’s J/P Haitian Relief Organization as well as GiveLove.org, which he co-founded with close friend Patricia Arquette.) 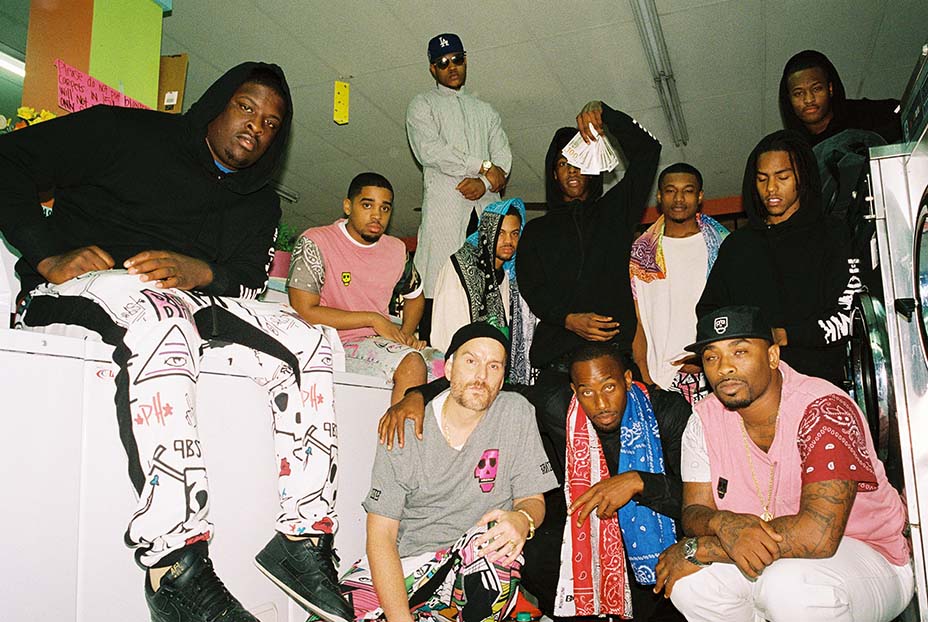 Under his rap moniker, Balt Getty, the multihyphenate will debut a fashion-inspired single, “Wack” (which features young rapper 3xdose and name-checks labels like Burberry and Alexander Wang), on Friday. Despite recording about 150 hip-hop tracks over the last two years, Getty has only released a handful of them within the last year. He previously flexed his musician muscles as the beatmaker and producer of the rock band Ringside and as one-half of the rap duo The Wow, which he formed with South African rapper K.O.

Of his latest string of tunes, “I hate to even call them rap or to categorize them in any way, but they have a real sense of humor. I like records that are fun,” says Getty. “They can be thought-provoking and lyrically substantive as well, but I like to poke fun at myself and the irony of it all: the recognition of this material world we live in, this fast food, fast fashion, fast everything. It’s like warning people about a drug, but doing it, too.”

Getty also recently wrapped filming in Nebraska of the forthcoming noir thriller La Flamme Rouge (which he stars in and produced; directed by brothers Derek and Brent Scott Maze). Other projects coming down the pipeline include the horror films A Fall From Grace (starring alongside Vincent D’Onofrio, David Lynch and Forest Whitaker), Down by the Water (with Antonio Banderas and Cedric the Entertainer) and Joanelle Romero’s Second Sunrise.

Also in the works is a novel (“It’s a collection of short stories about my life, basically”), and Getty says he is eyeing the director’s chair for a potential upcoming horror movie: “More and more, what I realize is you just have to do and make things that excite you. There’s no silver bullet in a way; there’s no one thing that’s going to change everything to the extent that money’s flying in the doors. It’s a process.”