Anyone looking for quality clothing today knows to look for the “Made in Italy” label. And now the story behind the label is getting the serial treatment in a new television series from Mediaset, co-produced by Taodue Film and The Family. Created by Camilla Nesbitt, the show will map out the rise of Italy as a global fashion player.

Fashion has always been a key part of Italian heritage since the Middle Ages and Renaissance, when the country produced extravagant textiles that became popular across Europe. Michelangelo, Leonardo da Vinci and Raphael influenced the fashions of the time in paintings that showcased the country’s wealthy set, draped in decadent velvet, silk and jewels. 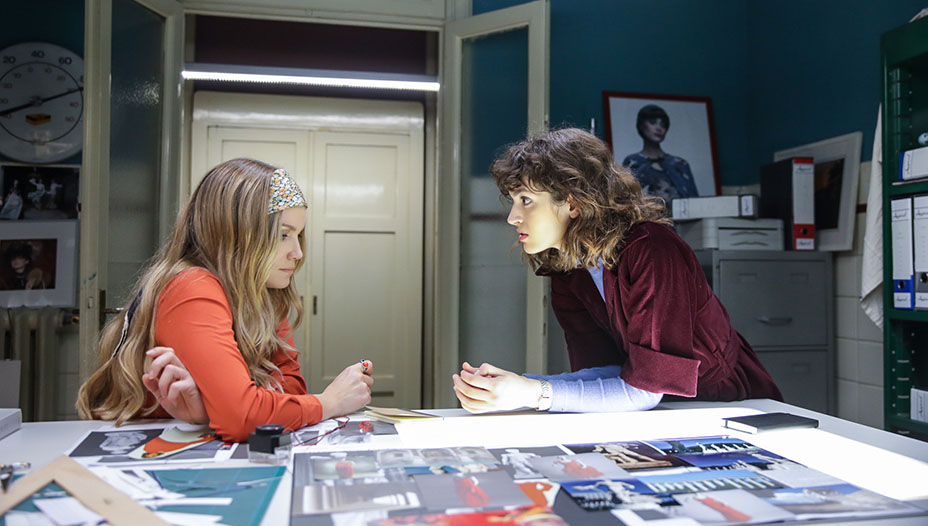 Italy became a key player once again in the ’50s and ’60s as celebrities from Jackie Kennedy to Audrey Hepburn sought out bespoke work from Gucci and Valentino. But it wasn’t until the ’70s that the industry became ingrained in every corner of the world as the everyday consumer craved high-end fashion and street wear that waltzed into stores right off the runway. Milan exploded as the global fashion capital, specializing in ready-to-wear, as brands including Versace, Armani and Dolce & Gabbana opened up shop.

Made in Italy, directed by Luca Lucini and Ago Panini, tells the story through the eyes of Irene Mastrangelo (Greta Ferro), a young journalist who embarks upon a life-changing career at the prestigious fashion magazine Appeal under editor-in-chief Rita Pasini (Margherita Buy).

Mastrangelo will even go to Rome in search of Valentino Garavani, combing through gorgeous Maison Valentino ’70s dresses, as well as going into the vaults of Bulgari’s Heritage Collection. 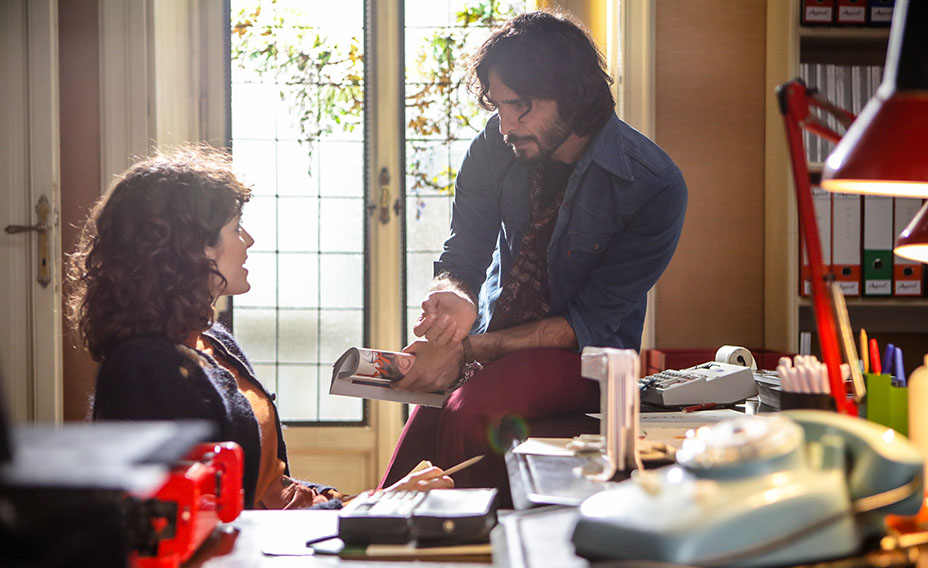 Greta Ferro as Irene at Appeal Magazine on Made in Italy

The show zeroes in on the personalities, the inspirations and the imaginations of the creative giants, and, of course, the photographers, including Richard Avedon (Wayne Maser). As business grows, visionary manager Beppe Modenese (Bebo Storti) reconciles the quarrelsome Italian brands into an economic powerhouse that could rival France’s dominance over the industry.

Federation Entertainment is handling international sales for the eight-episode series, which will premiere this fall in Italy on Canale 5. The international launch of the show is planned for MIPCOM in October. A U.S. distributor has not yet been announced.

The Hollywood Reporter spoke with Lucini and Panini about the appeal behind Made in Italy, a universal story that changed the country forever. 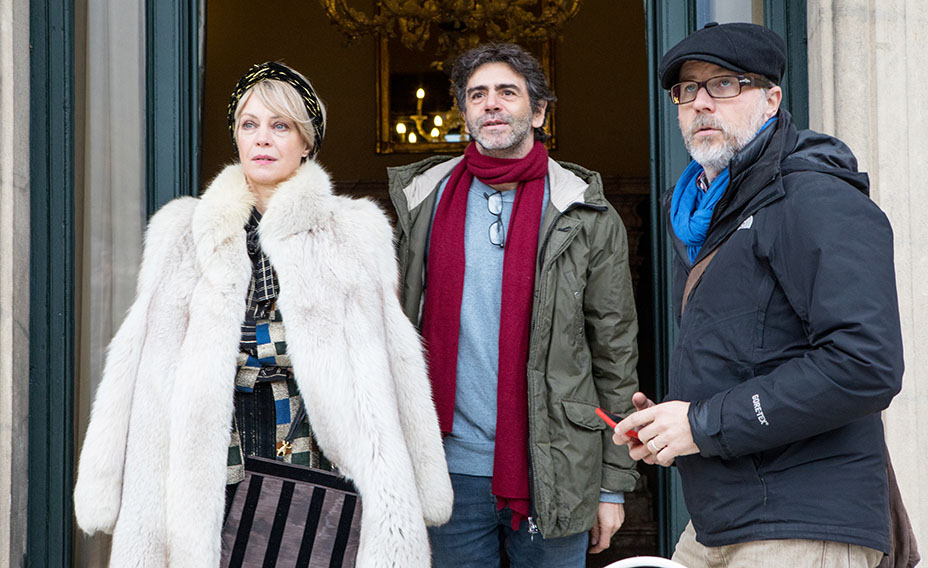 Margherita Buy with directors Luca Lucini and Ago Panini

What is most misunderstood about the world of Italian fashion?

Everybody knows Italian fashion today. But very few know the artists behind well-known worldwide brands like Krizia, Armani, Ferre and so on. So, especially for new generations, we think it is important to know the origins, which took place mostly in Milan in the mid-’70s.

What do you hope this story conveys to audiences?

A lot of the series that are coming out of Italy these days are crime stories. They show a violent and crude side of our country, which, unfortunately, exists, but it is not the only story to tell. The history of fashion in Italy is a great one, and a 100 percent real one. It’s a story of passion, a unique marriage between taste, ideas, craziness and the great ability of designers to read the times.

What is the drama at the center of this story?

We can certainly describe Made in Italy as a personal journey of a young girl, Irene (our protagonist), unable to live within the female parameters of her time. But by meeting incredible fashion talents, as well as a group of unique and unforgettable persons, she is able to make a life of her own. She becomes an independent woman — tough, intense, passionate and constantly in love with fashion and its creators. 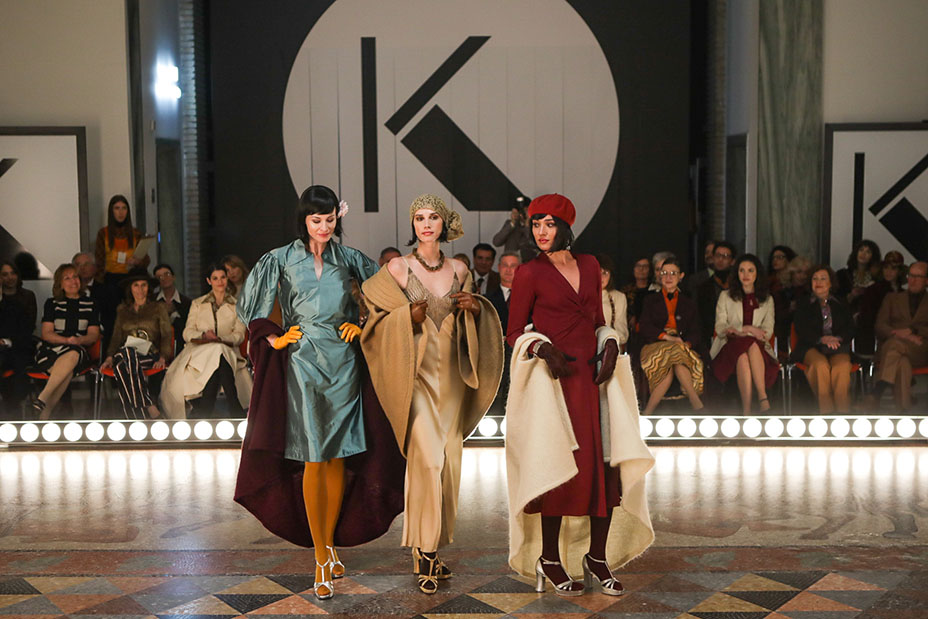 What kind of audience do you think this show will appeal to?

We think this show is addressed to anyone who loves good stories, the kinds of stories where a young person overcomes difficulties with a lot of energy, passion and humor. On top of that, we hope to be able to tell the “big story” behind this one: the history of the fashion industry in Milan. And we also hope to be able to talk to young people who need to start dreaming big again, as our characters do. Because nothing is impossible if you are really motivated.

How challenging was it to cast the designers?

Some of the designers are alive (like Giorgio Armani and Rosita Missoni). Some others have left us. We decided to consider the designers as “special guests” in Irene’s life. And we wanted to give the audience the same feeling. That’s why we decided to cast big Italian names to play the designers, such as Raoul Bova, Stefania Rocca, Gaetano Bruno and Claudia Pandolfi. It was really fun to challenge these big actors to envision the original designers.

How much of the wardrobe is authentic and how much was recreated?

We decided to use only real vintage pieces for the designers’ atelier pieces. We reproduced some of the everyday clothes. Probably 70 to 80 percent of the wardrobe is authentic. We flew dresses from collections from all over the world. Some of the Krizia clothes came from Japan! 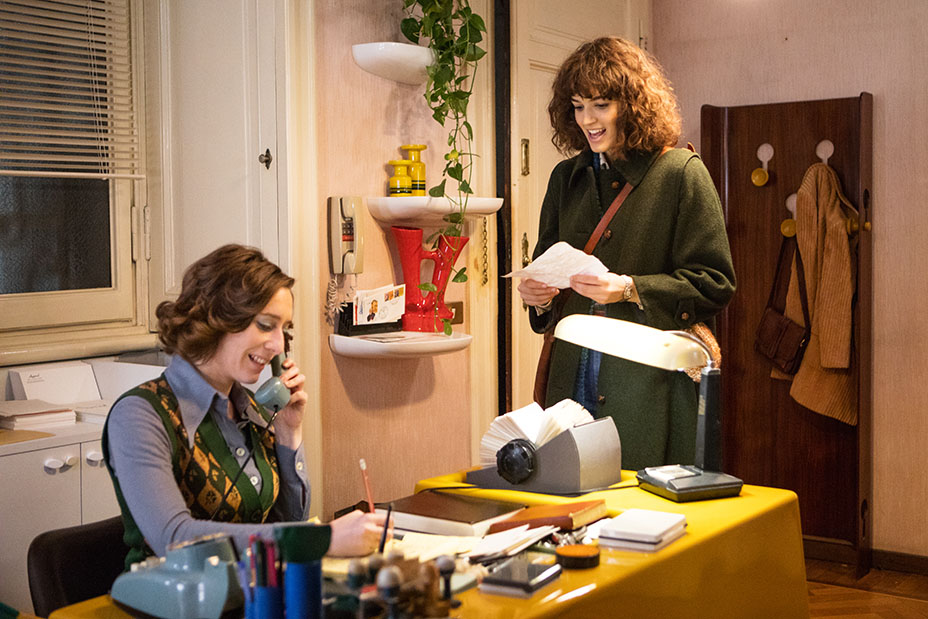 Greta Ferro (right) as Irene, at Appeal Magazine on Made in Italy

What was the best and most challenging part of going through the fashion archives of each house?

The best part was, of course, becoming sort of “intimate” with these great people. It was incredibly inspiring to have conversations with living witnesses of that incredible time. Everyone we talked to had shiny and watery eyes just remembering a time when everything was possible, and dreams were so close to reality, that you could touch them with a finger. Of course. the fashion world is very protective of opening its secret archives, so it was a hard job to gain these people’s trust. But we did it.

Which archives were opened for the first time for this series?

Some of Walter Albini’s [the influential and largely forgotten stylist was considered the forefather of Italian fashion] objects and clothes, such as the “Klimt” look, are shown almost for the first time and definitely for the first time in a TV show. Most of the jewels that we had on set came with armed security, straight out of designers’ archives. There was a huge research phase, made by a very determined team of fashion journalists, to create the right connection between the show and the design houses. 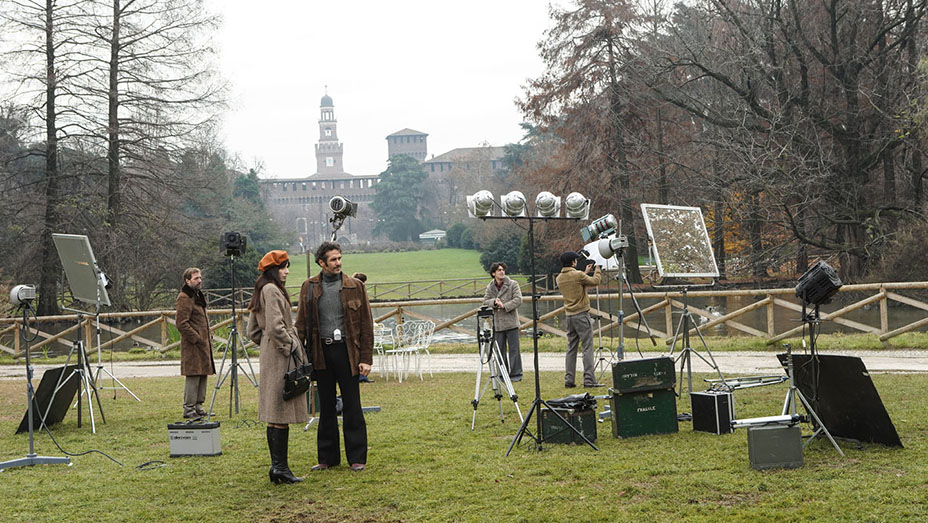 What was a personal highlight of shooting the show for you?

The two days we spent shooting at the real Missoni factory were truly touching. To be able to breathe and share Rosita’s memories, in her house, it is really something hard to forget.

Are there any particular pieces shown that really represent the history of Italian fashion?

In our first season, we focused on the roots of what then became the “Italian fashion system,” so the audience will witness, for instance, the birth of the world-famous unstructured jacket by Armani, even if the most iconic pieces would come in the early ‘80s.