Buchanan-Smith launched the company in 2009 with an assortment of 12 artisanal axes, and the goods have since expanded to include luxurious tool boxes, cooking and desk accessories, camping gear, games, men’s outerwear and rugged fashion essentials, and a brand-new Beast Made line of dog accessories ($38 to $598) ranging from enamel bowls and rope leashes to Peruvian cotton dog pillows and a wooden bed to fit. Also out this week is a three-piece Slumberland collection (a $348 blanket, $498 robe and $78 hot water bottle cover, crafted of striped merino wool by Minnesota-based Faribault Woolen Mills in collaboration with New York pajama brand Sleepy Jones). 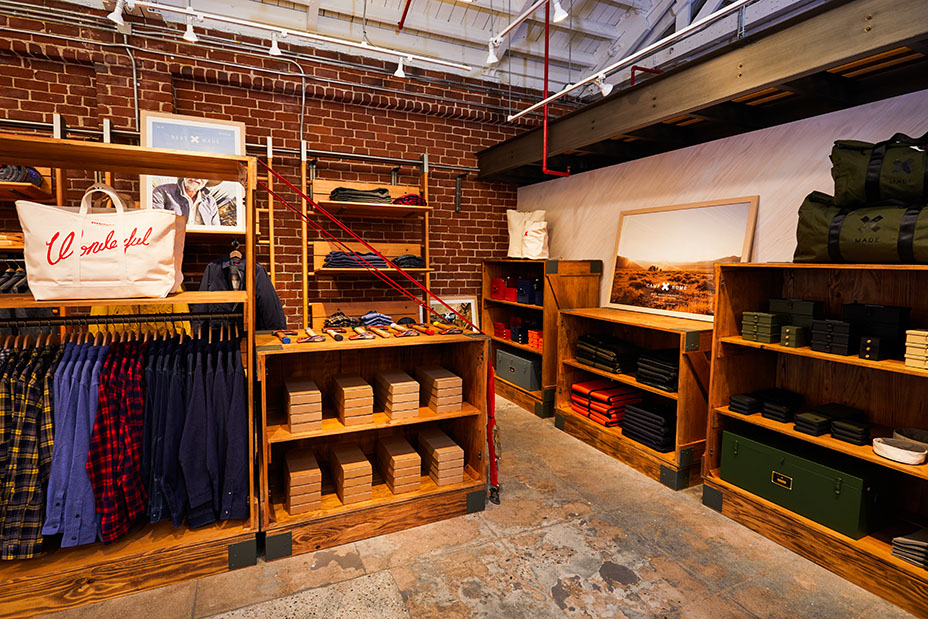 “L.A. is our second-biggest market and there are a lot of new and interesting things happening here that are not happening in New York,” said Buchanan-Smith, speaking exclusively to THR on a private store tour earlier this week. “The food scene is so much more vibrant here, and I think the same applies to retail. If you look at this street, there’s nothing like this in New York. Between these two blocks, there’s this concentration of incredible men’s style. Don’t you think men in California just take what they wear and buy a little more seriously? Guys out here don’t go to Brooks Brothers, do they? There’s an open-mindedness here that I don’t see in New York, and I think there’s a lot more energy and excitement around being outside; New Yorkers can be kind of cynical about the outdoors. David Lynch has been a fan of ours from the early, early days. He grew up in Montana and is obsessed with axes and the outdoors, and Armie Hammer posts about us all the time on Instagram.”

Best Made Co.’s Standard Five-Pocket Pant in four colors of cotton twill ($128), made in Italy, is the brand’s overall top seller. The L.A. store also offers exclusive merchandise, including handcrafted, powder-coated steel “Wonderful” strongboxes that list the store address ($28 for 6” x 4” x 2” or $38 for 9” x 4” x 3” ), $22 “Best Made Los Angeles” bandanas, and $78 “Everything Here Is Wonderful” maps of Los Angeles. Other remarkable features of the new 2,700-square-foot location are an in-store archery range, an ax restoration bar, and a gallery space that features curated, limited-edition products such as a newly released $698 cuckoo clock, created in partnership with master craftsmen at Hubert Herr in Germany.

“We have a reverence for quality; I think that’s what really distinguishes us,” says Buchanan-Smith, who grew up on a farm in Canada but has spent the last couple decades in New York City. “The product is built to last. These are the tools to empower people to get outside and become better versions of themselves. I even think of a jacket as a tool. And tools have to work. That’s kind of the agreement, isn’t it? When you buy a hammer, it’s got to knock a nail into a piece of wood;  if it doesn’t do that, it’s useless. The goal is to inspire people to reconnect with their hands.”

The company is planning a wide-ranging roster of events and workshops in the L.A. store. On Saturday, Nov. 11, the public is invited to the grand opening reception (with coffee, beer and small bites) from 12 p.m. to 2 p.m., followed by a talk and demonstration on the history of archery from 2 to 3 p.m., a workshop on blade sharpening from 3:30 to 4:30 p.m. and a discussion of ax restoration from 5 to 6 p.m. 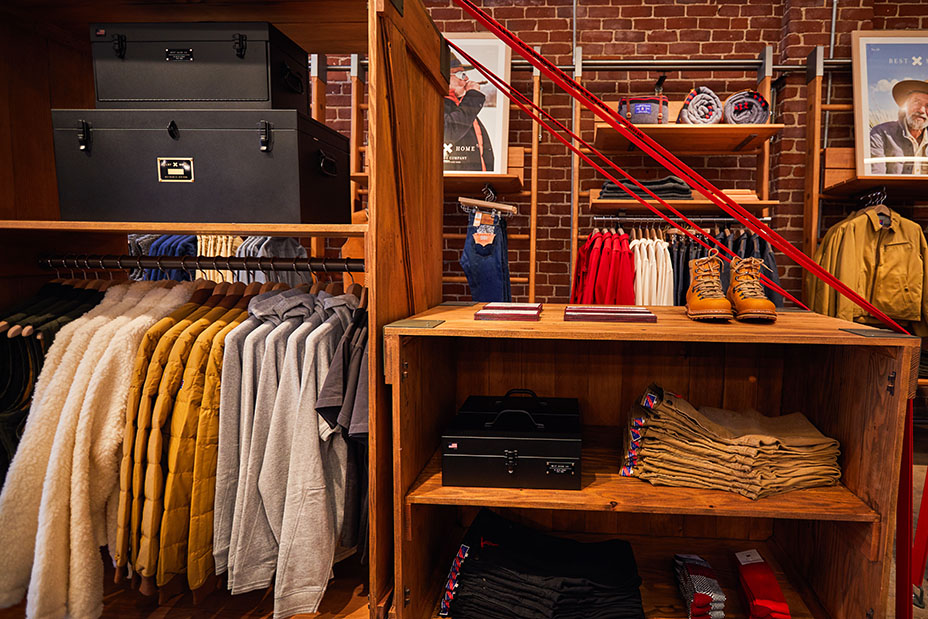