Peak summer travel season has arrived in Beverly Hills, usually a prime time for tourists from China and the Gulf. But hospitality and shopping destinations are seeing notably fewer Ferraris with Arabic plates cruise Rodeo Drive as many well-heeled travelers bypass Los Angeles. At the same time, Chinese travelers to the U.S. dropped for the first time in 15 years, by 5.7 percent in 2018, according to the International Trade Administration.

Blame it on the strong U.S. economy offering less international bang for the buck; trade war-induced propaganda, with China issuing U.S. travel alerts warning of shootings and robberies; and Trump administration visa restrictions. It all adds up to a notable decline in the flow of jet-setters who keep Beverly Hills’ chic boutiques humming. (L.A.’s Tourism & Convention Board reports that Chinese travelers to L.A. ranked No. 1 with a collective spend of $3.3 billion in 2018 and an average trip expenditure of $2,769 per person.)

Rhys Edwards, executive director of marketing for the luxury Beverly Hills car dealership O’Gara Coach Co., says that he’s noticed “a little dip in our Chinese and Arabic clients this year,” adding, “I presume it has something to do with the travel visa issues.” Lauren Santillana of the Beverly Hills Conference & Visitors Bureau says flatly, “Our China business is down,” also noting a July decrease in Gulf visitors, based on conversations with luxury hotel representatives. 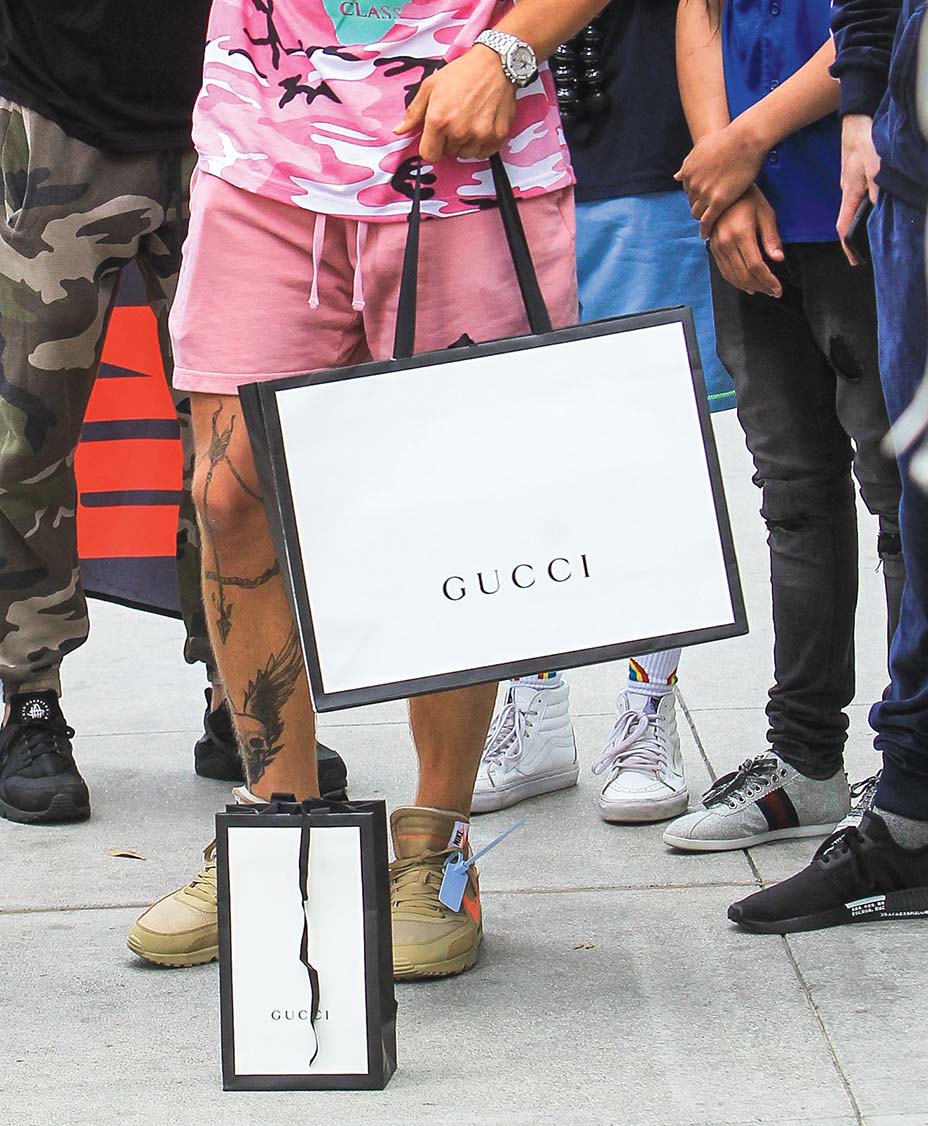 “Literally half of our Gulf region clients skipped coming to America this year to go to the Mediterranean,” says luxury personal shopper Nicole Pollard Bayme. “And it’s not because they can’t get into the United States; they can’t get visas for their staff because of what Trump’s doing. Hotels are dead. Just walking down the street, the demographic is different. There’ve been years when you might have thought you were in the Gulf, walking down Rodeo, and those days are gone.”

A sales associate at the Coach store on Rodeo Drive estimates that purchases by Chinese clients are down “maybe 40 percent” this summer compared with last year, while a counterpart at Salvatore Ferragamo pegged the decrease in both Chinese and Saudi business at “maybe 30 percent.” At luxe Italian menswear brand Ermenegildo Zegna, an employee noted a “significant” decrease in Chinese and Middle Eastern customers. And the Beverly Center has shifted its focus from welcoming packed busloads of Chinese tourists to presentations for smaller VIP groups of shoppers. 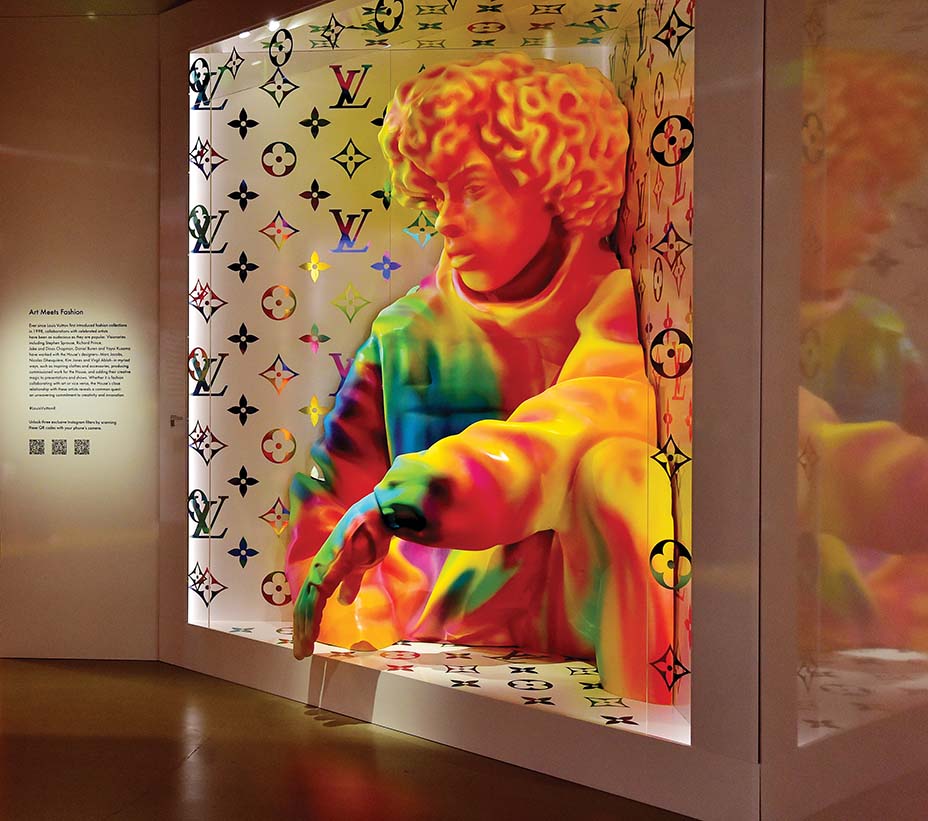 Not every stat is a down arrow, however. Jamie Foley of the Los Angeles Tourism & Convention Board reports that LAX seat capacity from China has actually grown by 5.9 percent from 2018 to 2019, amounting to more than 100 nonstop weekly flights and 30,000 weekly seats. L.A. Tourism “is the first (and only) U.S. municipal marketing organization to establish a full-time tourism office in China, in Beijing, in 2006,” she says, “and now operates four full-time offices there.”

Those shoppers who do make the trip to L.A.’s tony retail zone increasingly are seeking experiences and personalization: The free Louis Vuitton X pop-up exhibition and shop on Rodeo (open through Sept. 15) is “on everybody’s list,” says Pollard Bayme. L.A.-based luxury business consultant Ann Shatilla estimates that it draws 5,000 to 10,000 visitors a day. And Beverly Hills rolled out Bold Summer programming Thursdays through Saturdays in August to lure shoppers with extended shopping hours, live music and art events. 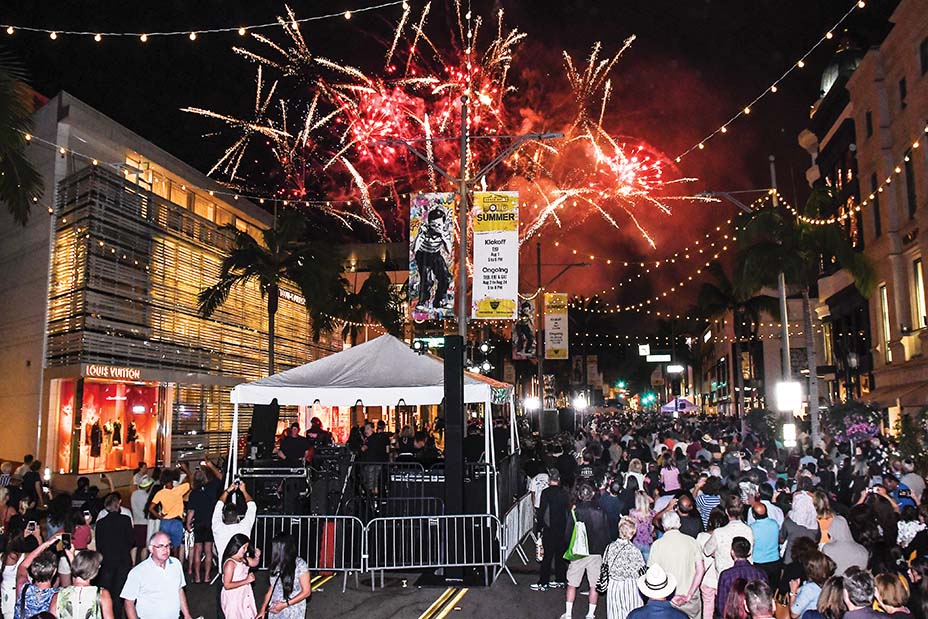 Personal shopper and stylist Joseph Katz notes that products exclusive to the Beverly Hills flagships of Hermès, Chanel and Louis Vuitton are evergreen draws. “Clients from Asia and the Gulf love very limited or unique pieces that nobody can get back home.” Pollard Bayme’s customers also prize extreme (and pricey) personalization. “That’s why a lot of these clients are big couture clients. Everyone has a pair of Yeezy sneakers, but we can sew your name in them and have them painted by an artist that shows at MOCA. I’ve had alien spaceships put on Gucci sneakers with crazy thread that looks like fire coming off them, just so it’s something that nobody else has,” she says. “When you’re at the point where you can have anything money can buy, the next step is making it your own.” 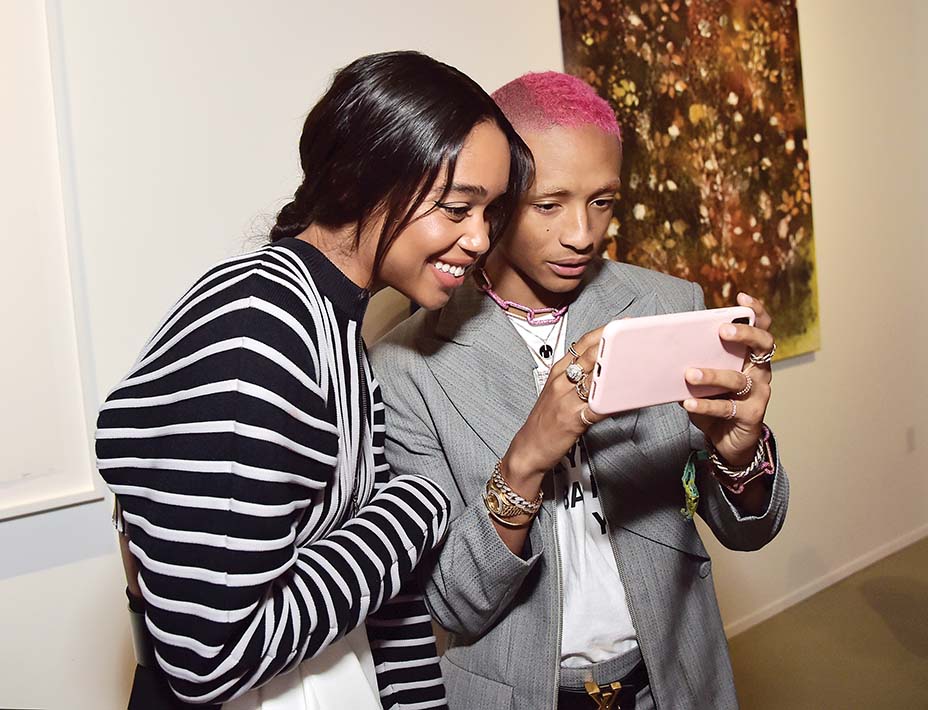 Additional reporting by Lindsay Weinberg. This story first appeared in the Aug. 14 issue of The Hollywood Reporter magazine. To receive the magazine, click here to subscribe.