Continue to The Hollywood Reporter SKIP AD
You will be redirected back to your article in seconds
Skip to main content
May 23, 2021 6:21pm

More than one musician mentioned on Sunday night’s Billboard Music Awards black carpet that they were thrilled to be out of the house and at an event, and that showed in their style choices as well, with many presenters and nominees choosing colorful looks that felt downright celebratory.

Pink and red were the hot colors of the night — starting with Pink herself in her own Alexander McQueen dress, as well as Alicia Keys in custom Valentino and Kehlani in Tony Ward Couture to Saweetie in a Giambattista Valli haute-couture high-low gown that quickly gained buzz on Instagram and Twitter. Metallic gold — notably Gabby Barrett in a gold lamé dress by Lebanese designer Nicolas Jebran and Renee Elise Goldsberry in a metallic one-shoulder dress by Dundas — also were among the night’s highlights. Many guys also opted for color and a mix of prints, from the green Fendi suit Nick Jonas wore on the black carpet to the Louis Vuitton looks worn by hip-hop trio Migos, while DJ Khaled wore multiple changes by his go-to label, Dolce & Gabbana.

Here’s a rundown of the night’s most talked-about looks.

Nick Jonas walked the red carpet in tone-on-tone green, including a trench-style jacket, a look from Fendi’s Fall/Winter 2021 collection. He accessorized with a Richard Mille watch.

Priyanka Chopra wore a custom sheer crystal-embellished gown with a plunging neckline and thigh-high slit, and a vintage gold hardware belt, all by Dolce & Gabbana. She completed the look with 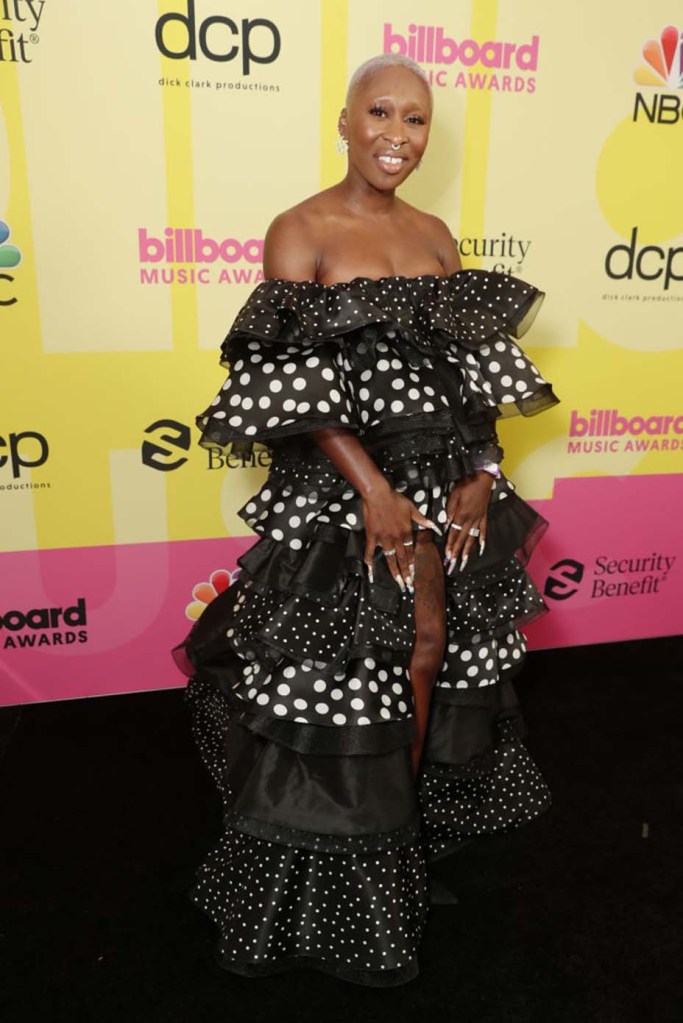 Gabrielle Union wore a paillette-embellished gown by Prada with jewels by Bulgari. 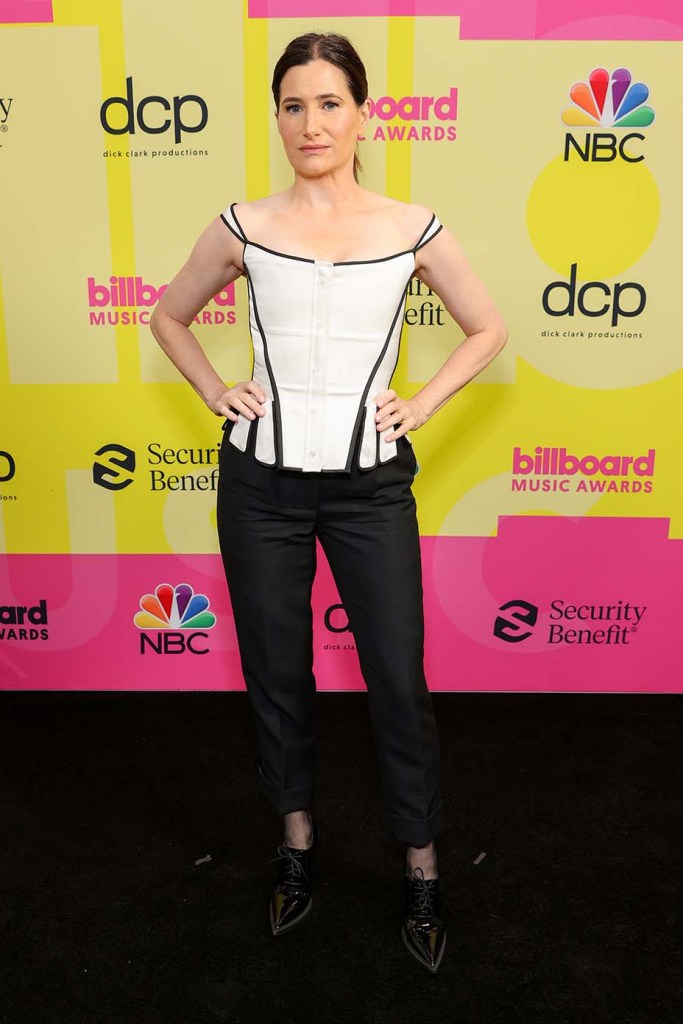 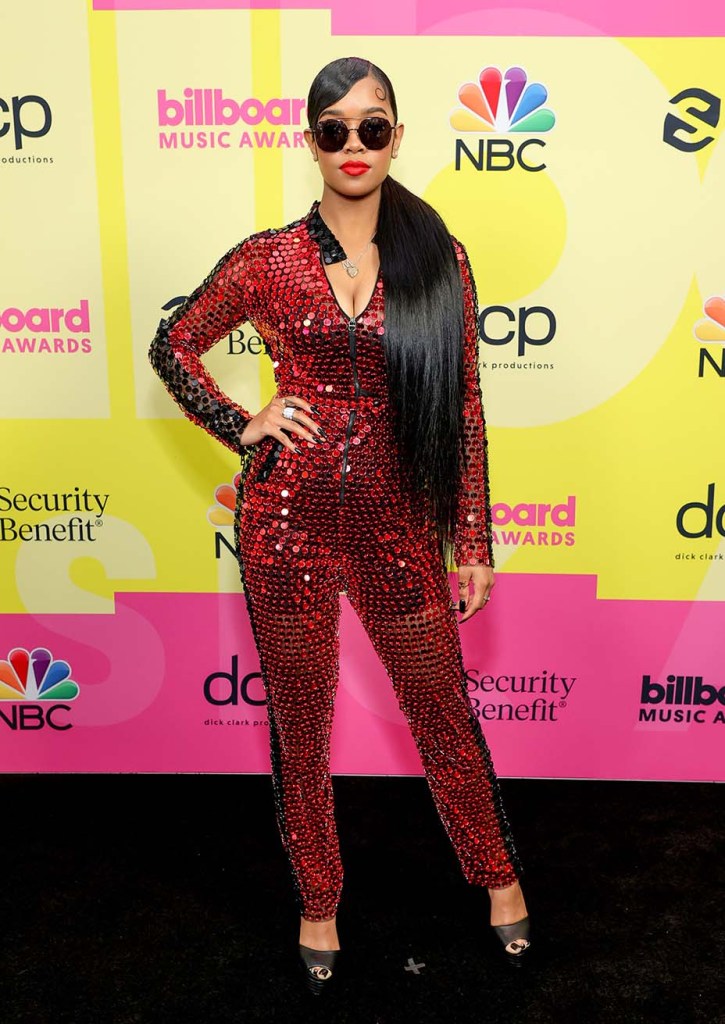 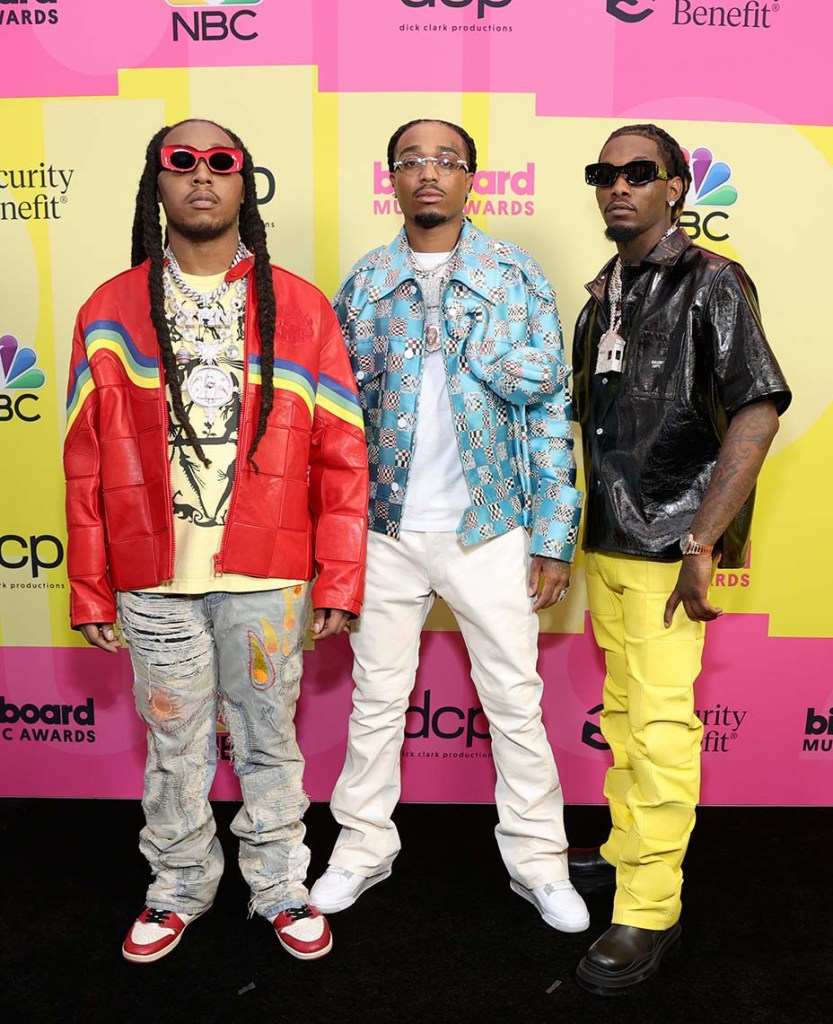 The Weeknd in Bottega Veneta

The Weeknd sported a suit by Bottega Veneta. 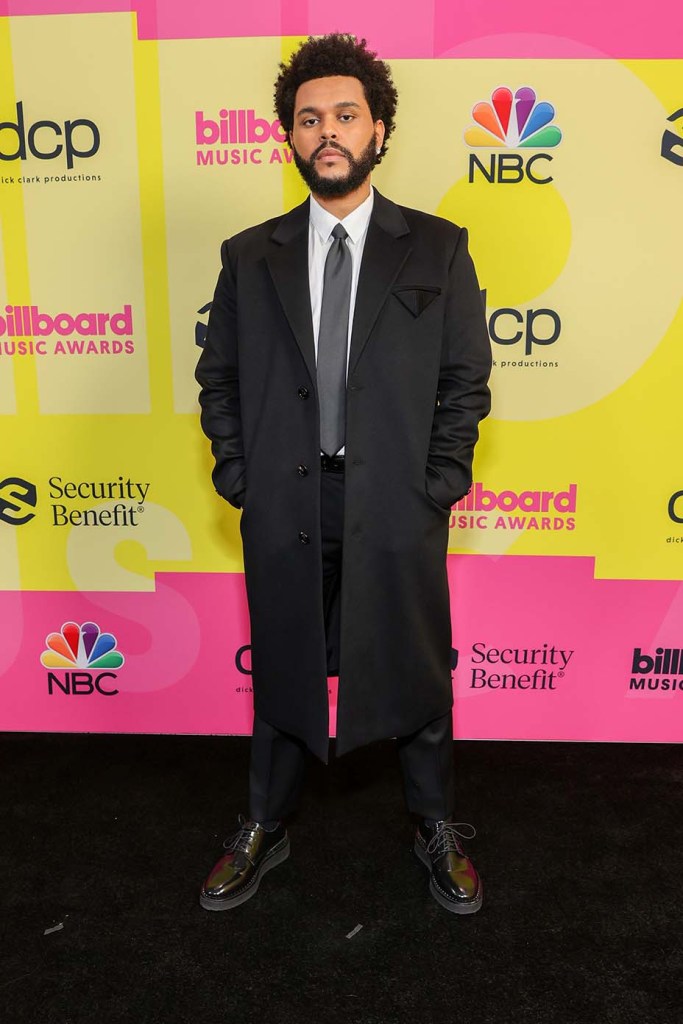 The actress wore a gold metallic one-shoulder dress with a frilled neckline by Dundas, with diamonds by Chopard. 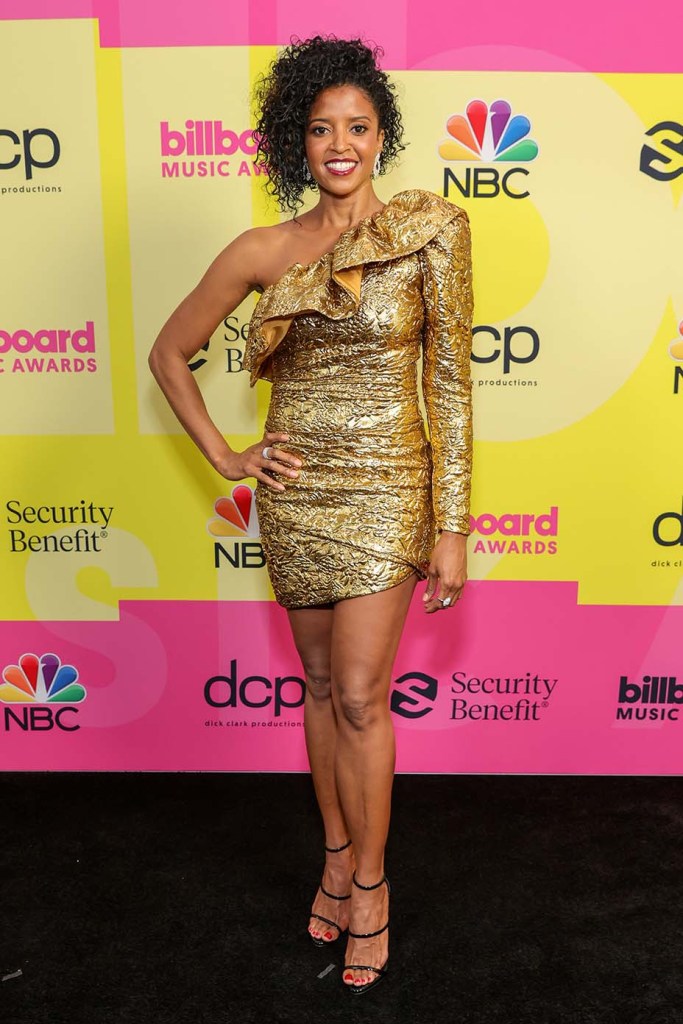 Kehlani wore a three-piece look in red silk taffeta and sheer mesh with beading by Tony Ward Spring 2021 Couture and jewels by Bulgari, including a Serpenti Viper necklace of diamonds set in white gold. 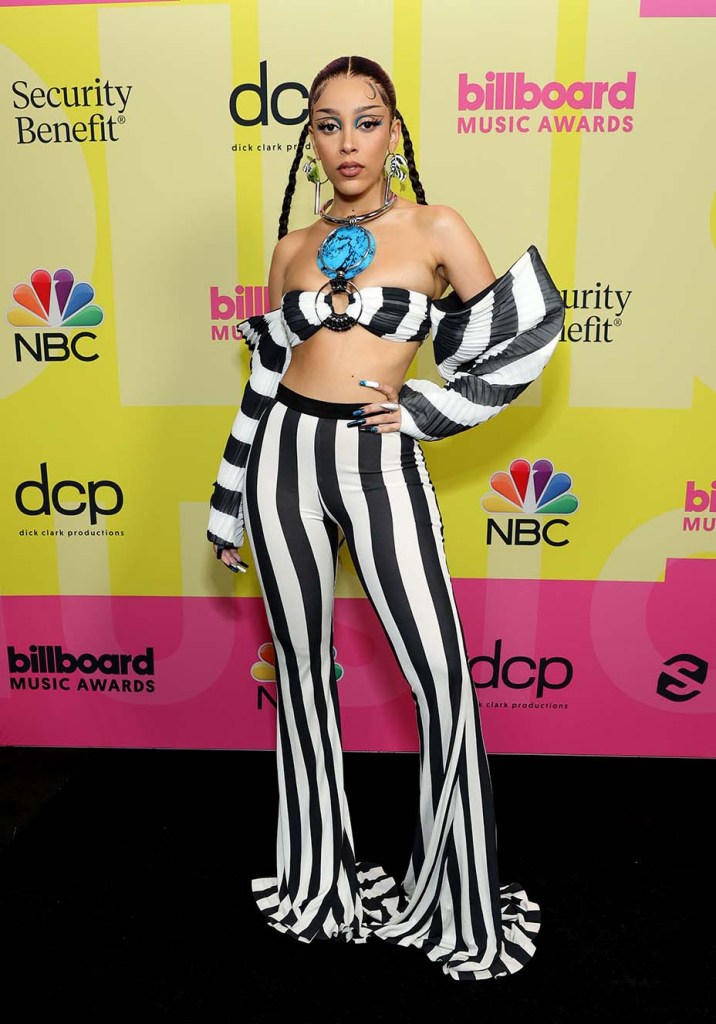 Karol G. wore a custom sheer dress fully embellished with Swarovski crystals by Athens-based designer Celia Kritharioti with a crystal thong by The Disco Daddy and jewelry by Anabela Chan.

The show is produced by Dick Clark Productions, a division of MRC, which is a co-owner of The Hollywood Reporter through a joint venture with Penske Media titled P-MRC.