Remember that tuxedo-gown Billy Porter wore while hosting February’s pre-Oscars show? There’s a backstory to how it came to be, and it intertwines, bizarrely, with John Travolta’s mangling of Idina Menzel’s name at the 2014 Oscars.

Halfway through the first-ever FYC event for FX’s groundbreaking drama Pose (held at Hollywood Athletic Club), the co-creator and panel moderator Ryan Murphy stopped the discussion to offer a compliment to Porter on the Christian Siriano-designed gown. “[Pose] is a game changer in so many ways, but I have to tell you, [Billy], that you changed me because in that moment when you wore that gown, I had to ask myself the question, ‘Why haven’t I had the guts to do that?’ I’ve wanted to wear a ball gown. When I saw you take that moment — which has really been cultural and launched a thousand ships and has changed the way people are talking about gender and fashion — I’m so filled with admiration.”

Porter then took the mic to explain the backstory to the viral ensemble. He admitted that he’s been playing with “this gender-bending thing” for a while, dating back to when he was a kid. “I have to say that me and my sisters, we would play. We had this sense of play. We were very free with ourselves and we would throw shirts on our head and wrap jackets around our heads and do Ntozake Shange poems around the house,” he explained. “We were free, and we would say silly things like, ‘When I go to the Oscars, I’m gonna wear me a ball gown!’ Just sort of saying it but not really ever believing it would ever be possible.”

Then the call came to co-host the preshow.

When Porter got the invite, he was in New York City for Fashion Week. “I’m walking the Christian Siriano show, I just thought, ‘Oh my God, I have to wear a ball gown.’ The only one who would ever get it or would ever do it is Christian Siriano,” said Porter, while seated on the stage with Murphy, Janet Mock, Steven Canals, Mj Rodriguez, Indya Moore, Dominique Jackson and Our Lady J. 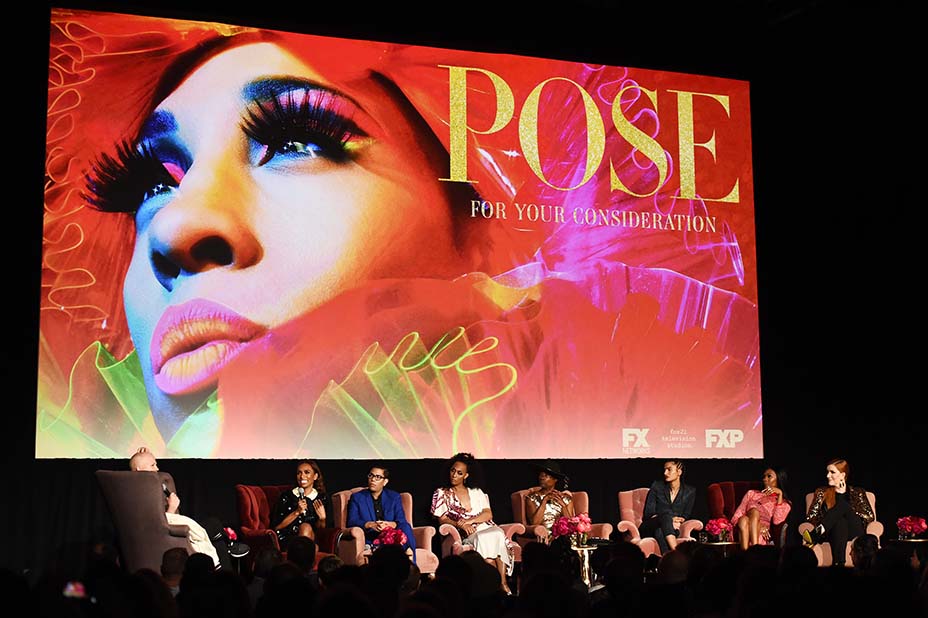 But his other inspiration for the gown came from a rather surprising place — Travolta, or rather his mispronunciation of Menzel’s name as “Adele Dazeem” at the Oscars in 2014. “Idina Menzel is a friend of mine … and a Broadway girl like me. [When] John Travolta said her name wrong on the Oscars, I remember looking at it and going, ‘Ooh, I need someone to say my name wrong on the Oscars so I can be a household name.’ So when I got that call [to host],” said Porter, he knew what to do. “Oh my God, this is the saying your name wrong moment! ‘What is she gonna do?’ It’s the Super Bowl of the arts! I gotta do it, bitch!”

Since then, Porter has turned heads at the season two premiere of Pose in a bullfighter-inspired dress and in a Celestino Couture red velvet suit — created using recycled curtain fabric from Broadway’s Kinky Boots — at Sunday’s Tony Awards. “Now you can’t get me out of a dress,” quipped the 49-year-old. 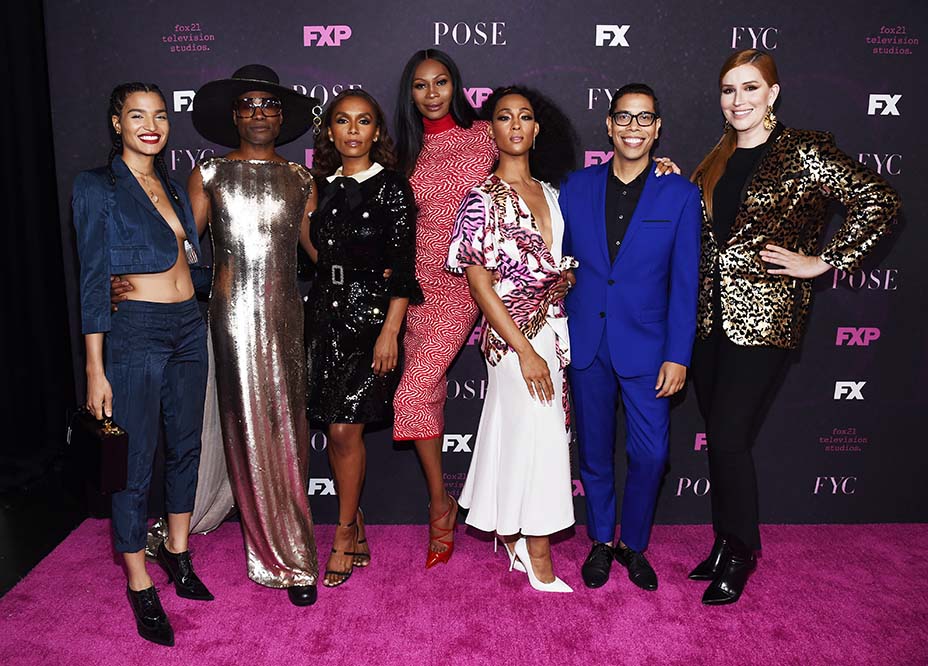 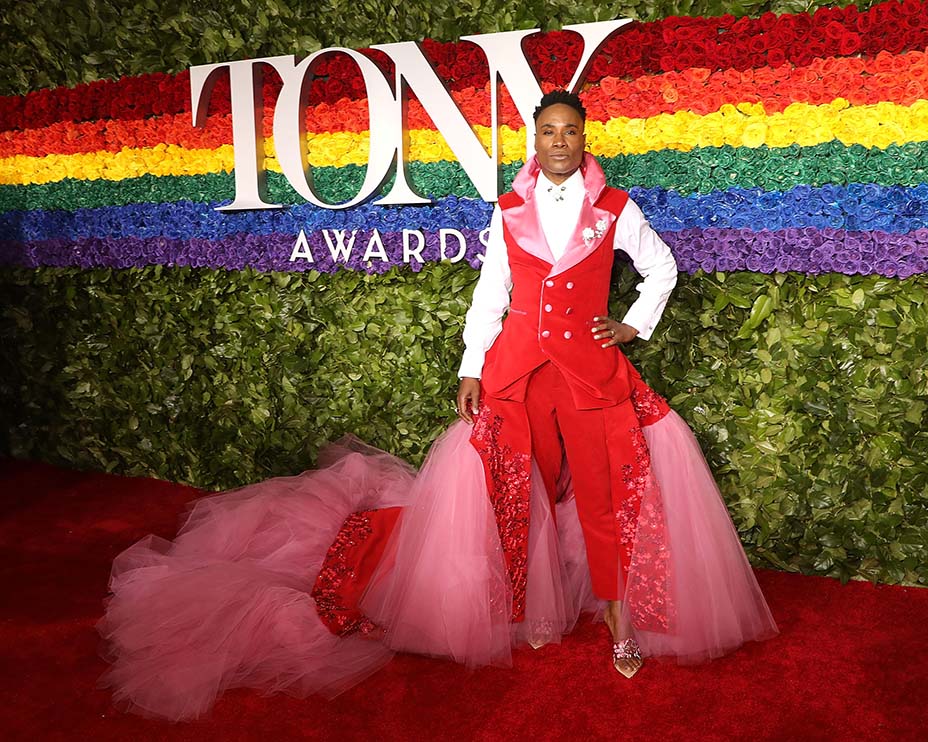 Behind the Scenes: Getting Ready with Billy Porter for the 2019 Oscars

A version of this story first appeared in the June 12 issue of The Hollywood Reporter magazine. To receive the magazine, click here to subscribe.