Continue to The Hollywood Reporter SKIP AD
You will be redirected back to your article in seconds
Skip to main content
August 28, 2019 10:56am

When Black Panther’s Ruth E. Carter won the first Oscar for an African-American costume designer, one of the people cheering for her the loudest was Michelle R. Cole — a friend of Carter’s and fellow costume designer, who also stands to make history this year.

Should Cole win for outstanding contemporary costumes at the upcoming Emmy Awards, she’d be the first African-American woman to do so. It would make for a sweet full circle, given that Carter helped Cole get her big break on In Living Color in 1990, for which Cole earned the first Emmy nomination of her three-decade-long career.

“The night Ruth won the Oscar, I felt that probably much more differently than others felt it,” she tells The Hollywood Reporter. “I felt the struggle — what it’s like being a black costume designer, working extra hard, trying to make a way for yourself and for others. What it’s like to accomplish a crack here and there. When she got that Oscar — I tear up now thinking about it, because you know her, how hard she works, the passion, the nights involved in this job. It takes a lot. You give up a lot to do this job.”

Cole, who majored in theater, says she and Carter are part of a tight-knit group of women who came up together. “Francine Jamison-Tanchuck, Sharen Davis, Ruth and me, we all started out together. We all came out in the ‘80s together,” she says. “Ruth and Sharen, like me, come from theater. We all are great friends; we all are very supportive of each other. We root for each other. It’s quite a sisterhood, and there’s a lot of history between us — almost 38, 39 years — and there’s a lot of respect.” 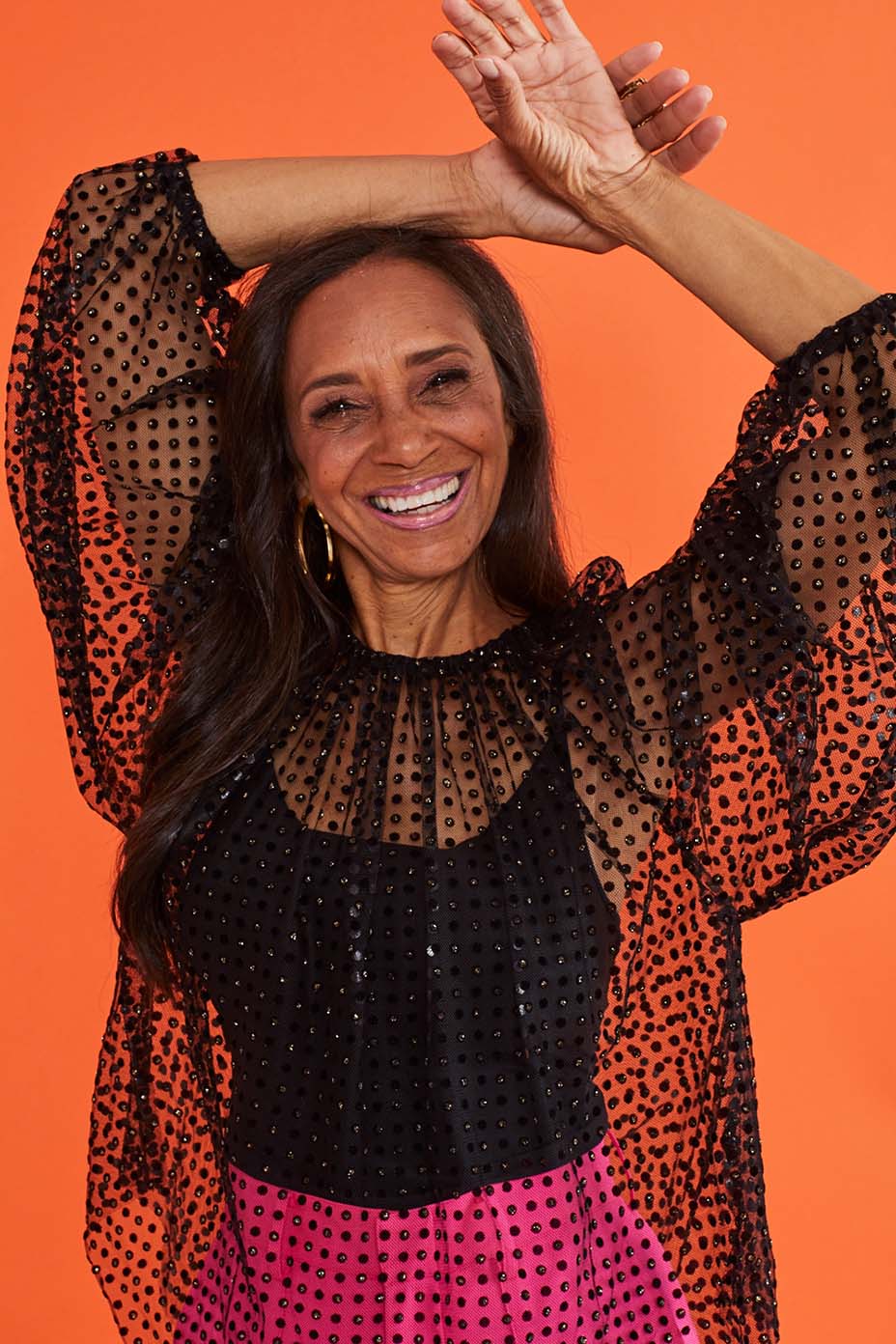 The support and encouragement extends to awards and nominations, victories and disappointments. This year’s Emmy Awards ceremony sees Cole nominated for the sixth time. “I’ve become the Susan Lucci of costume design,” jokes Cole, on a break in between filming the new season of Black-ish. “I’m just happy to be invited to the party, as my boss Kenya [Barris] would say.” Cole may not have been nominated 19 times before, as Lucci was, but she has yet to score a win. She says doing the episode that earned her the nod — the memorable 100th episode of Black-ish, built around the Johnson family’s tribute to Prince — was unique.

“I grew up with him. We were all in love with him” she says. “We had a premiere for the 100th episode and [Prince]’s sister came in and she saw the costumes and she was very proud. She thought we honored him very nicely.”

In the family’s mini lesson about Prince’s music for twins Jack (Miles Brown) and Diane (Marsai Martin), Cole and costume supervisor Devon Patterson re-created outfits from seven of his music videos as closely as they could, from the crop top worn by Anthony Anderson in “Kiss” to the famous cloud suit from “Raspberry Beret” that Deon Cole dons. All of them were custom-made, including the cloud suit, which had to be printed because Cole and Patterson couldn’t find the fabric.

When asked how she thinks she will top the Prince episode, Cole says that she’s not sure. “Even after In Living Color, I didn’t know how I’d top that,” she says. “I didn’t think I’d ever get anything like that again. But then there was Martin and The Bernie Mac Show.” 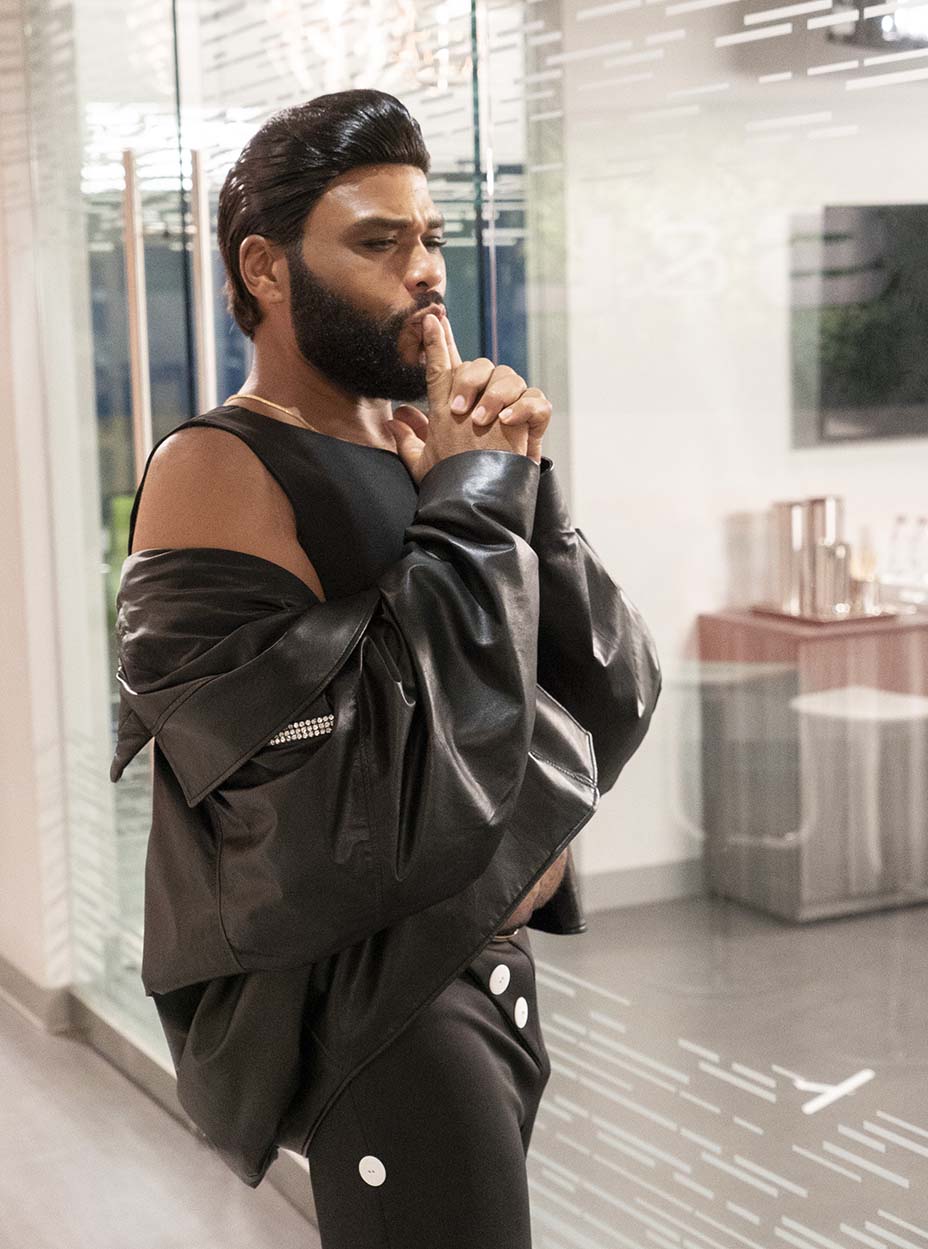 Cole is just happy to have been involved in the shows that she has worked on so far. “Who would have thought In Living Color would become an iconic show?” she asks. “That it would have changed the culture so much; that Bruno Mars would have made a video about it? I just go and do the work. I don’t ever think, ‘Is this going to win me an Emmy? Is this going to be a hit show?’ You’re doing costumes for Martin Lawrence and [characters like] Shanaynay, then you get to go on and do Black-ish. It’s such an amazing career, a blessing, to be on iconic shows.”

It’s a career Cole relishes, having worked on Black-ish for six seasons and on Grown-ish for three. “I have a bicycle that takes me to both shows. They’re across the street from each other, so I just cycle back and forth.” Cole also did the pilot and the photo shoot for the upcoming Mixed-ish spinoff, which deals with Bow’s childhood, growing up with parents of mixed race.“I love having a boss like Anthony [Anderson] and like Lawrence [Fishburne],” said Cole. “They are such good executive producers of this show, especially Anthony. He keeps people laughing even when times are tough.”

Over the years, Cole has watched the young cast grow up before her eyes. “That’s my favorite part,” she says. “I was hugging Marsai yesterday and thinking, ‘Wow, she’s 15,’ and watching Marcus [Scribner], who’s 19. Watching them grow and watching Yara go off to college, to Harvard, now she’s a sophomore. It’s so much fun. I keep this old picture, from the pilot, on my phone, and I think, ‘Wow, 6 years ago.’ So much has changed.”

For this new season, as the Johnson children continue to grow, Cole says she looks to her own niece and nephew to help her keep up with the trends. “They teach me. I have a niece who’s 18 and a nephew who’s 16,” Cole says. “I don’t have children of my own, so I love traveling with them. Most of what I know comes from watching them and their friends. I love watching people. And I love watching the runway shows — Valentino, YSL, Givenchy. My assistant Stanley Hudson has been runner-up on Project Runway twice, and that is one of the things he loves to do, watch the shows.”

Cole will pick out one or two pieces that catch her eye for Black-ish characters. “You can’t buy all the pieces, but you can take a piece for Anthony or for Tracy. One great piece, you know. Like, that one sweater that might be a thousand dollars, and you put it with a pair of jeans. You can zoom in on certain pieces that will make a statement on the show.” All of this, she says, is done to reflect the Johnson family as audiences have come to know them, affluent and effortless. “They look great, very stylish; they care what they have on.”

While she can’t say much about the upcoming season, Cole will say she still looks forward to what the work day holds for her. “With Black-ish, we don’t get a lot of scripts ahead of time, but I’m always excited to see what they’re going to bring. And for Grown-ish, we just finished a great opening for it that will air in 2020. It’s great to watch the dailies and go, ‘This is going to be so fun when it airs!'”