The BoardRoom, an extension of Kendall’s Brasserie located just beneath the entrance to downtown L.A.’s Dorothy Chandler Pavilion in the Music Center, is one of a handful of “speakeasies” to open up in the city in the past few months. Yes, just like the old days, an unassuming bouncer guards the inconspicuous door, asks for a reservation and pretends that the bar behind him is not a bar at all. You know, because Prohibition.

Whereas other exclusive-seeming watering holes — with their digital keys and code words collected through citywide scavenger hunts — have become fodder for parodies on Shameless and the East L.A.-set dramedy You’re the Worst, at BoardRoom, the coy, winking bouncer is where the charade of pretentious privacy ends.

Inside the Museum of Ice Cream in L.A.: Sprinkles Pool, Scratch-and-Sniff Walls and Scoop Dogg

The modest side door opens into a cozy space with pool-table-felt green walls, tray ceilings and vintage filament bulbs held aloft by cast-iron sconces shaped like outstretched arms. With its bookshelves and quilted leather couches, The BoardRoom is clearly inspired by romanticized notions of the intellectuals and artists gathered at 1920s speakeasies, sans the seedy, smoky, illegal vibes, of course.

“In the heart of the angels, past the trees of the grandest park, lies the place of music where we fuddle and croon,” reads the description on the bar’s Instagram page, which is flooded with photos of Sinatra, Monroe and Taylor. “The BoardRoom celebrates an era of post-war French artistry, invention, and imagination.” 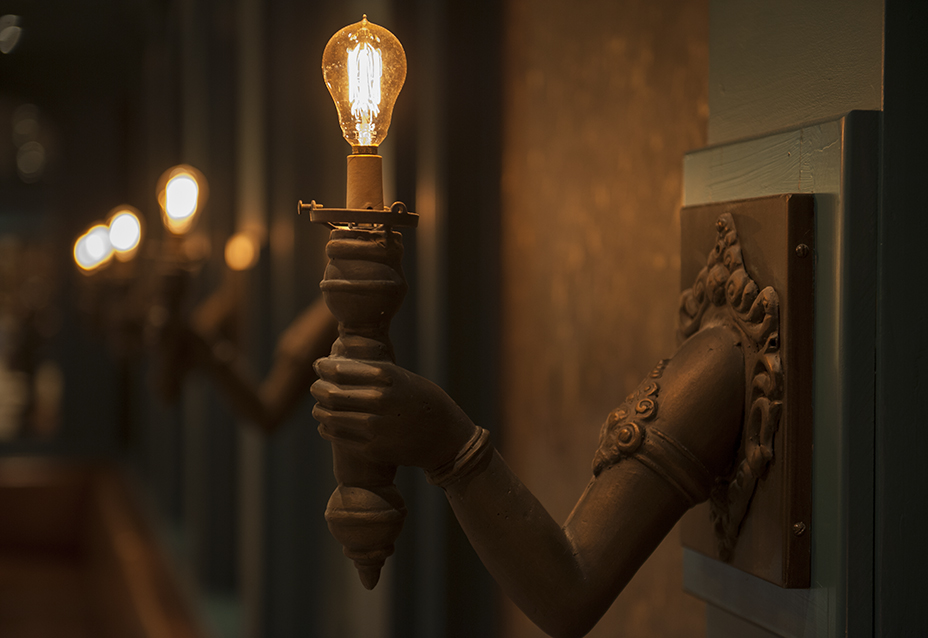 Cocktails named after the famed members of the Lost Generation — an “Ernest Hemingway” punch, a “Marcel Proust” potion — are gimmicky in a fun-yet-self-aware manner. The bar doesn’t try to force its theme down your throat.

The BoardRoom, which opened last month, also features limited-edition “Literary Cocktails” created by Patina Catering Group mixologist Evan Charest and bartender Christina Russo in partnership with various liquor brands. For the last weeks of April, the specialty-cocktail menu reads like a 10th-grade-literature syllabus: “The Great Gatsby,” “The Scarlet Letter” and “Heart of Darkness” are all made with Plymouth Gin.

The space features live music, sometimes from musicians who have just finished up a gig upstairs at the Music Center, Thursdays through Saturdays at 9 p.m. — the perfect way to unwind after a show. 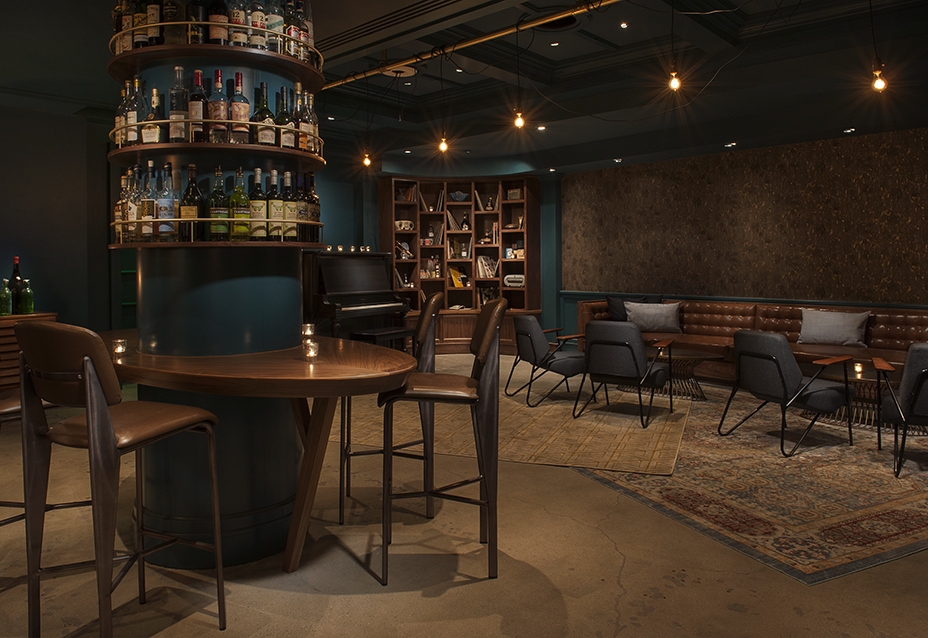