“You never miss a chance to say something about character,” says Michael Connelly, author of the 22 books in the Harry Bosch series and executive producer of Amazon Prime’s Bosch, whose fifth season premieres April 19 and has already been renewed for a sixth.

And while his creation, LAPD detective Harry Bosch, drives an unmarked, beat-up Ford Crown Victoria as his “shop car,” it’s the light blue, early ’90s Jeep Cherokee with slight lift kit and big off-road tires that provides color to the eponymous character. The now iconic XJ-series Jeep Cherokee, produced from 1984 to 1996, with its squared-off shape and rugged design, bridged the gap between the off-roading Jeeps of the 1970s and the SUVs that have taken over the streets today.

“Bosch is the quintessential antihero, isn’t he?,” says actor Titus Welliver of his character’s touch of darkness while driving the Jeep on location in Hollywood. “He does heroic deeds but it’s not in the service of heroism — he is very, very human.” At the end of season one, Harry gets suspended for throwing his captain through a plate glass window. Says Welliver, “I just assumed it would be his plain [car] he drives away in,” but executive producer Henrik Bastin chose the Jeep. 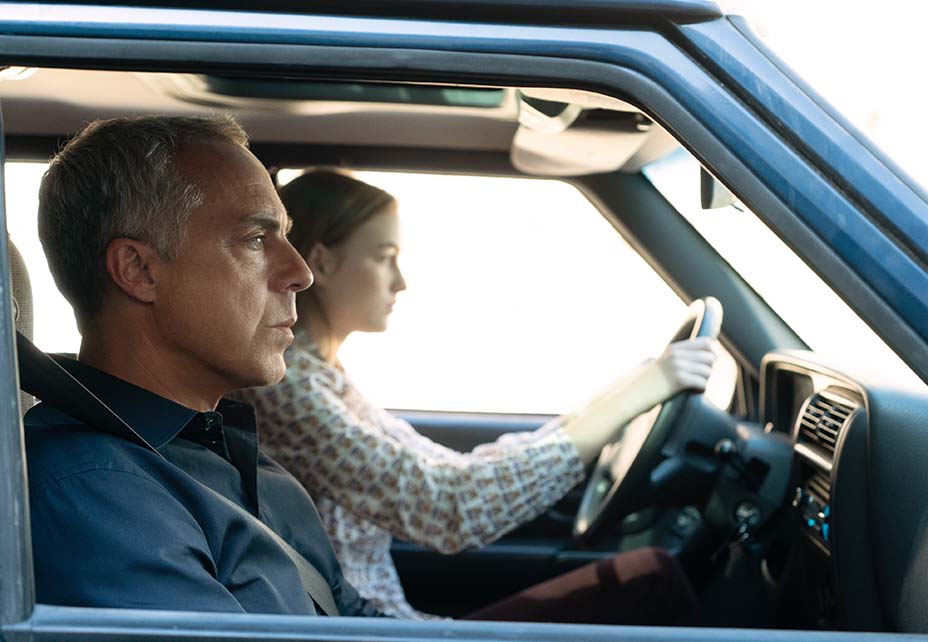 Turns out that Welliver, Bastin and Connelly all own the model. “That era Cherokee is utilitarian, dependable and handsome — just what we men of a certain age want to be,” says Connelly. “And maybe men of a certain age also see the evolution of the design as a warning of their own physical evolution: The Cherokee got rounder, thicker in the middle. In one of my books, they are called muffin tops. The old, squared design was somehow sleeker with its simple, straight lines. Harry Bosch’s character is a square peg in a round world — so is that Jeep.”

Adds Welliver, “It makes sense that it’s Harry’s car considering his background: He was Special Forces, he lived through riots and earthquakes. It’s got the big wheels and tires, so in case anything goes down, he can pack the car and bug out in it.”

“When we did the pilot, we were shooting an exterior scene at the Hollywood Police station and they pulled up in a black limited-edition Dodge Challenger with a Hurst stick shift,” he says, adding: “It was a very cool car, and production says, ‘This is Harry Bosch’s car.’ I told them, ‘This is not Harry Bosch’s car.’” Welliver continues: “Bosch is a guy who’s an observer, he’s not going to draw attention to himself and I don’t see him driving a muscle car.”

Of course, now that the Jeep has become so iconic, the question is, what happens to the production car once the series wraps. Says Connelly: “Me and a few of the other producers are going to have a fight over who gets to keep that Jeep.” 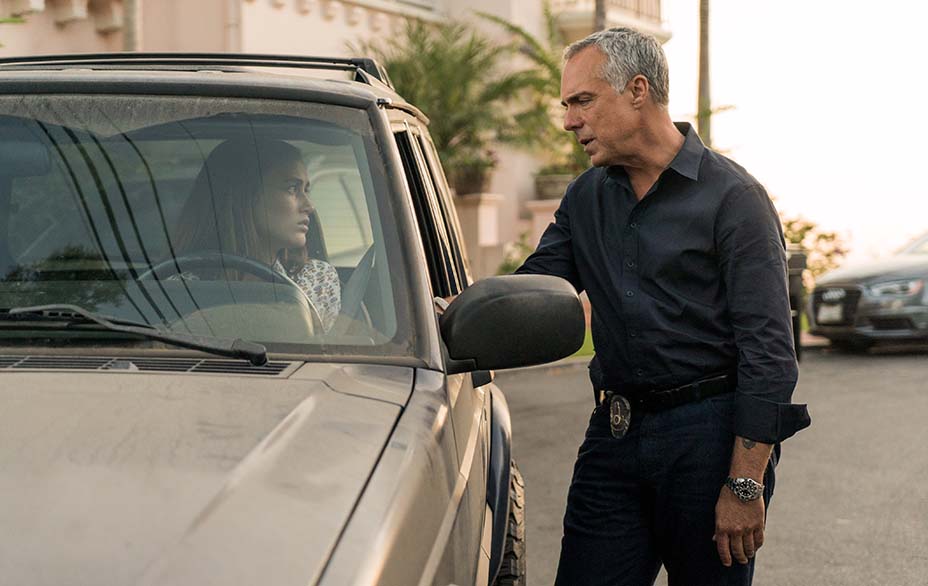 ‘Bosch’ Gets Early Renewal for Season 6 at Amazon