Wearing everything from haute couture to vintage store finds, Kacey Musgraves put on a show of style statements throughout the Grammy Awards on Sunday.

Stylist Erica Cloud worked with the “Rainbow” singer to pull together a series of looks to take her from the red carpet to the stage, and, ultimately, behind the winner’s podium.

Musgraves kicked off the red carpet affair in a tulle Valentino gown with a fanned-out bodice — a subtle nod to the country singer’s Grammy-nominated Golden Hour album. “It reminded me a lot of the album artwork on her cover in which she is holding up a fan,” says Cloud, who explained that she wanted to create a more classic and ethereal look for Musgraves. The singer paired the dress with Neil Lane jewelry, Stuart Weitzman shoes and a clutch by Judith Leiber. 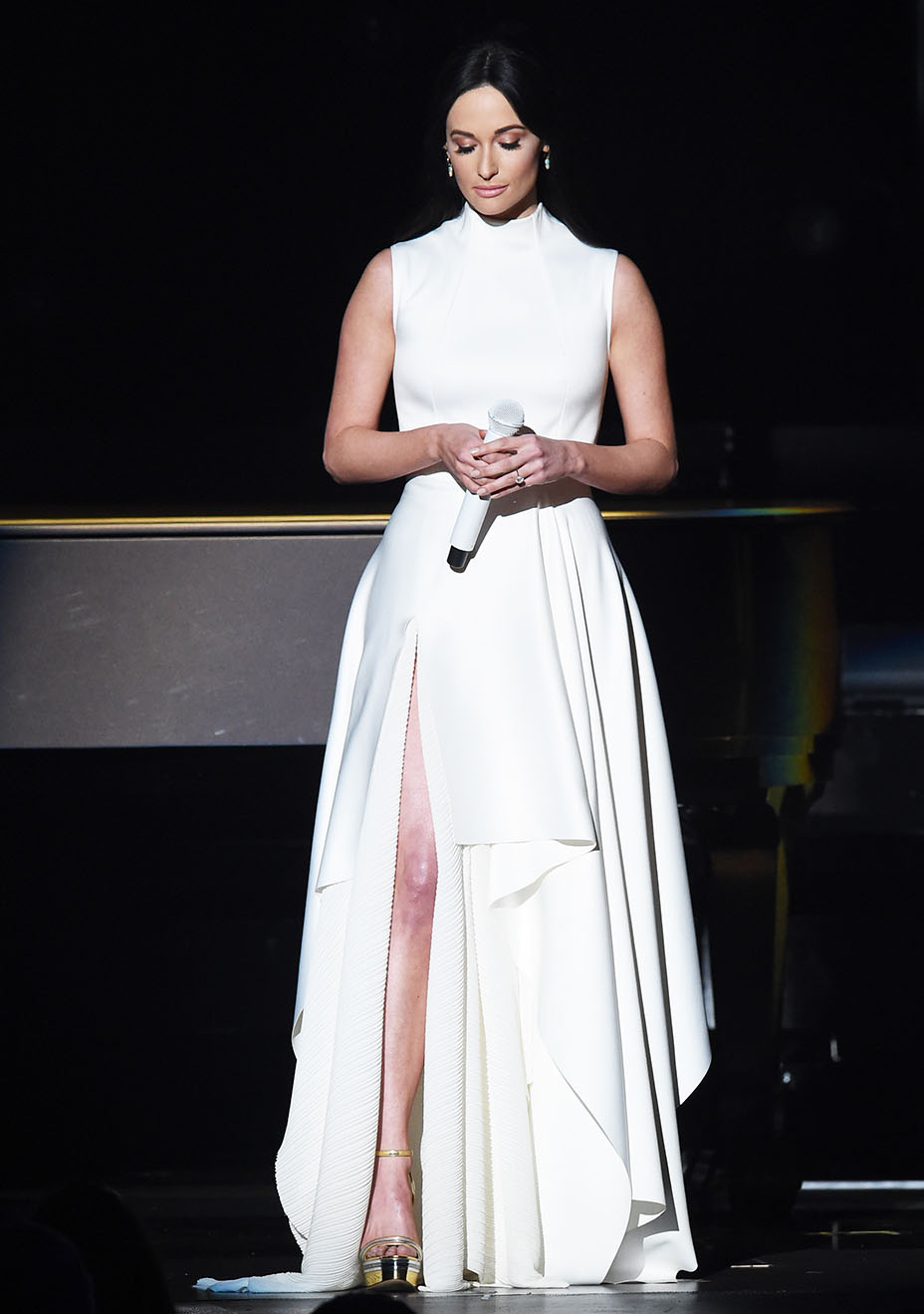 Later, Musgraves stuck with clean lines again when she hit the stage in an all-white look to perform her hit song “Rainbow.” The Solace London dress, a nod to both Cloud and Musgraves’ shared love of the ’70s, flared into a layered skirt.

The ’70s theme continued during Musgraves’ tribute performance of “Here You Come Again” with Dolly Parton and Katy Perry. In keeping with the theme of Parton’s white dress with red accents, Cloud dressed Musgraves in a vintage red jumpsuit — a perfectly fitting find she came across at Los Angeles’ Palace Costume. “Kacey is the more ’70s version of Dolly,” says Cloud of the look, which paid homage to Parton’s wide-ranging sartorial sensibility.