Plenty of actors and directors have experienced filming in the expansive terrain of New Zealand. After all, some of recent history’s most epic movies have been made there, including The Lord of The Rings trilogy, Avatar and The Piano. But few actors have as much passion and personal connection to the country as Black Mirror and Jurassic World star, Bryce Dallas Howard, who first visited at the age of 5 when her father, director Ron Howard, brought her along while shooting Willow. Since then, she has seen her association with the country come full circle, filming there, falling in love with the culture and now as the new tourism ambassador for New Zealand.

“Up until [visiting New Zealand with my dad] I had been raised in Encino and didn’t know anything different,” recalls the actress of her first trip to the country. “I have this extremely vivid memory of New Zealand as this expansive, shocking other world. It was like an idealized version of this planet, and it’s no shock that all these fantasy movies have gone there to shoot.”

Howard returned to New Zealand in 2015 to film Pete’s Dragon and was flooded with memories and a growing infatuation with the country. Several trips later, both solo sojourns and more recently with her kids, her sentiments have grown even stronger. She has her favorite places to stay, eat and shop nailed down, and manages to not only visit the hot spots, but also travel all over the country while there for vacation or during filming.

When asked what her “perfect” day in New Zealand would entail, Howard rattles off a thorough and thoughtful list of eateries and shops for local designer clothing in the capital city of Wellington.

“What’s really cool about Wellington,” Howard says, “is that it’s very artistic and extremely hip, but all about inclusion.” 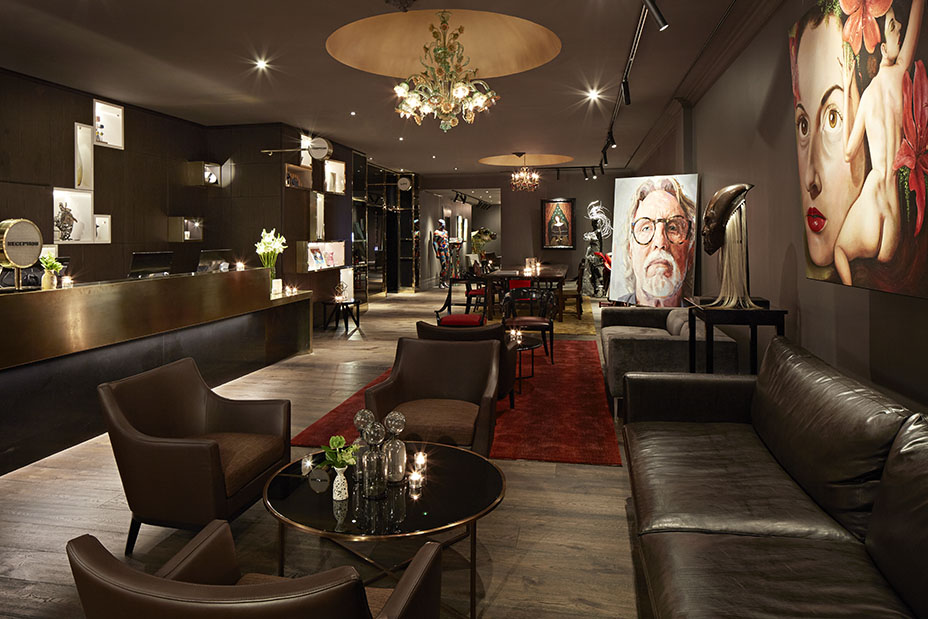 Howard prefers to stay at the centrally located QT Museum Wellington hotel, which was was originally owned by an art collector and showcases plenty of gallery-worthy pieces.

“I should try other hotels, but I love [QT Museum Wellington] so much, I’ve probably stayed there four or five times,” she says. “It’s also across the street from a place called Harbourside Market which is like the Santa Monica Farmers Market times three, with food trucks everywhere, and it’s on a harbor so there’s boats and it’s just beautiful.”

She visits the market daily while there and assures that shopping for locally made and designed clothing and objects also ranks high on her list.

“From the wool to the Manuka honey in New Zealand, there are a lot of specialties and you’re seeing things that you aren’t seeing anywhere else,” Howard adds. “There are a lot of fashion designers there who have really big followings and amazing vintage stores.”

Her two favorite shopping haunts are Good as Gold, a boutique with streetwear and contemporary clothing from a range of labels like Levi’s and Los Angeles-based Hansel from Basel, to Wellington’s own Kowtow and Melbourne-based skate-inspired line, Perks and Mini. A vintage store called Hunters and Collectors is Howard’s other shopping go-to for a treasure trove of finds, from 1980s Dior to current-day Dr. Martens boots.

In between shopping and eating, Howard gets her favorite Flat White coffee from one of two local spots, either Flight Coffee or Havana Coffee Works, grabbing what she confidently calls, “the best coffee in the world.”

“Sometimes they say the coffee tastes different given the water and New Zealand has some of the best water,” she says. “They also take a lot of pride in their coffee, because they’re so known for it.”

The robust culture, from fashion to the farm-to-table food and the coffee shop scene, comes as no surprise, Howard says. “It’s a very creative country, full of entrepreneurs, creatives and artists. But what inspires me most is the purity of intention there that feels like the experience of New Zealand is about experiencing New Zealand. The priorities seem to be straight and you always leave feeling excited about the most important parts of life. I know there is no such thing as having it all, but this is in a way. It’s the best example of having it all I’ve ever seen.”

She has applied her love for New Zealand, plus her cinematic skills, to a project made in part with National Geographic Travel. The result is a six-part series of videos detailing Howard’s perspective on the country and the vast landscape. The exercise has gotten the actress excited about returning to New Zealand to film either in front of or behind the camera.

“There is no question I would be back there to film,” Howard says. “I just want to follow in James Cameron’s footsteps and make a million movies there.” She mentions the traditional Maori ceremony done before filming at each New Zealand location. “It’s a very soulful, haunting experience,” Howard adds of the Powhiri ceremony. “Once the ceremony is done the two groups [locals and film crew] are considered one. It’s welcoming and brings everyone in, while also staying very centered in the truth and the authenticity of what the culture represents.”

These Are the 17 Highest-Rated Kitchen Knife Sets on Amazon

Beyoncé Really Ran Into Selena Quintanilla At a Mall, and Fans Are Blown Away by Scene in Netflix Series

These Are the 17 Highest-Rated Kitchen Knife Sets on Amazon

Beyoncé Really Ran Into Selena Quintanilla At a Mall, and Fans Are Blown Away by Scene in Netflix Series