Bryce Dallas Howard arrived in a $300 Dress the Population sequin dress for Sunday evening’s SAG Awards at the Shrine Auditorium. The actress paired the gown with a double-strand, one-of-a-kind Irene Neuwirth necklace for the ultimate high-low fashion statement. The outfit has a charity angle, too.

Howard is nominated for outstanding performance by a female actor in a television or miniseries for her role in Black Mirror. She is up against Kerry Washington (Confirmation), Felicity Huffman (American Crime), Audra McDonald (Lady Day at Emerson’s Bar & Grill) and Sarah Paulson (American Crime Story: The People v. O.J. Simpson).

Howard has become known for purchasing her own gowns for major awards shows, an uncommon practice in Hollywood. For the 2016 Golden Globes, she purchased her Jenny Packham dress off-the-rack at Neiman Marcus, and later auctioned it off for charity; at the Critics’ Choice Awards last December, she donned a $240 citron Topshop gown. Dress the Population designates one dress a month from its collection, for which 50 percent of the online proceeds go to benefit charities chosen by customers. For January, proceeds go to the Trevor Project. 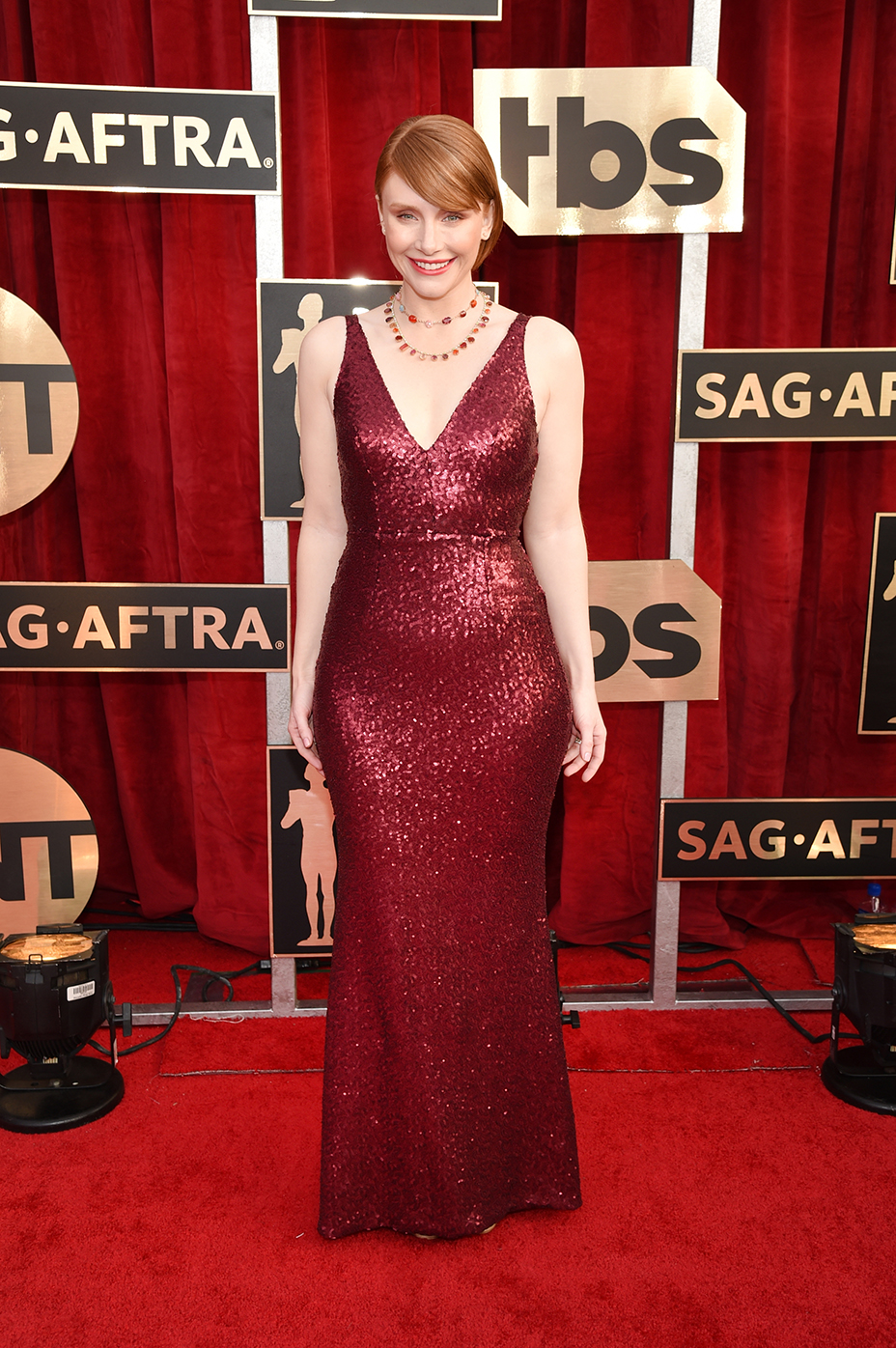