Continue to The Hollywood Reporter SKIP AD
You will be redirected back to your article in seconds
Skip to main content
February 8, 2019 9:00am

First question for industry insiders looking longingly to London for a second home: How is the threat of Brexit affecting the market? Saul Empson, director at bespoke property buying agency Haringtons, says that “Brexit has had an enormous impact — things are on hold,” with one of the effects being “to cut off the supply of good value property.” Sellers are staying put or keeping empty houses in their portfolios, waiting to see how the market shakes out. “There’s a huge amount of volatility — and opportunity” for intrepid buyers, says Thea Carroll of The Buying Solution agency. “Sterling just before Christmas had a 20-month low, so buying dollar to pound, you’re looking up to a 20 percent to 30 percent discount on an already softened market.”

Cannes: Is the Fest Ready for TikTok Creators?

THE BROKERS Carroll, who works with only six to eight clients at a time — “as we give such a high service to them” — has film directors and producers as word-of-mouth clients. Similarly discreet, Quintessentially Estates works “with many celebrities and actors to help them find their dream home in London,” says CEO Penny Mosgrove. Both agencies also specialize in helping clients connect with concierge services.

THE NEIGHBORHOODS Unlike Kanye, buyers may need to choose between North or West: The most desirable options for film types are Hampstead to the north of the city center and Notting Hill to the west. Says Mosgrove of Notting Hill, which boasts Soho House and Electric Cinema, one of the U.K.’s oldest movie theaters: “It has a distinct charm with its bohemian spirit, its pastel-colored houses and Portobello Road market.” The 1999 film named after the nabe, written by then-resident Richard Curtis, still has tourists visiting the famous blue door on Westbourne Park Road. “From a film industry perspective,” says Alistair Heather of estate agents Strutt & Parker, “it is a hop, skip and jump over to Pinewood Studios.” With Hampstead to the north, Carroll says one can get “double” for the money: “There’s a lot of historic architecture and lovely, broad, lateral houses.” Adds Mosgrove: “Hampstead is a similarly affluent, glamorous London village. At its heart is the famous Heath, the enormous park. The Beckhams sled here in the winter and Jude Law and Kate Winslet are frequently spotted with their families on the Heath.”

With square footage at such a premium in London, Empson tells clients from Los Angeles that “never have you spent so much money to live in such discomfort.” A comparison between similarly priced properties in the two cities: 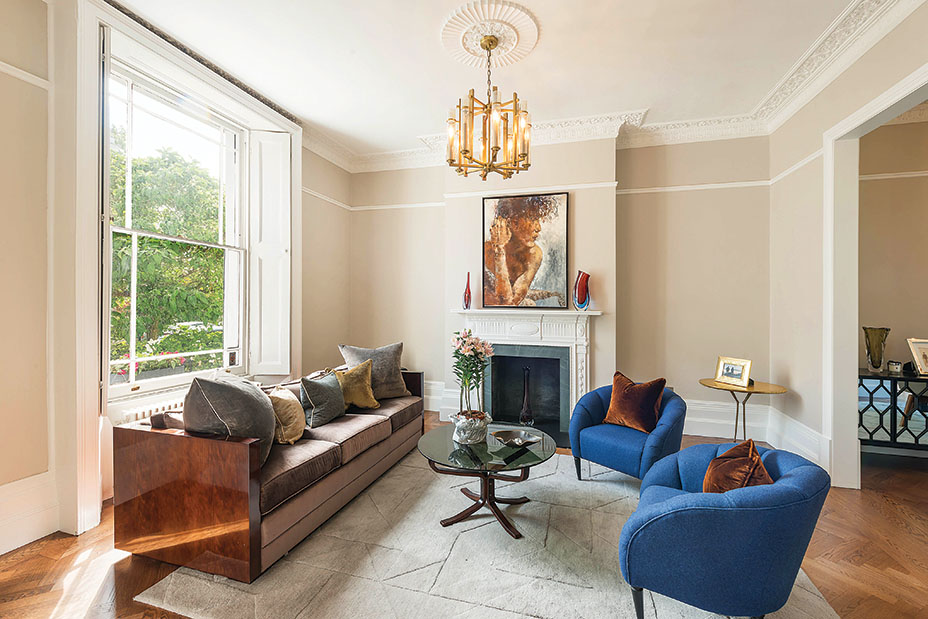 CLARENDON ROAD, HOLLAND PARK: $10.8M This semi-detached, five-bedroom, five-bathroom, 3,176-square-foot Victorian house is “picture postcard with a beautiful garden and on one of the best roads in Holland Park,” says Heather. 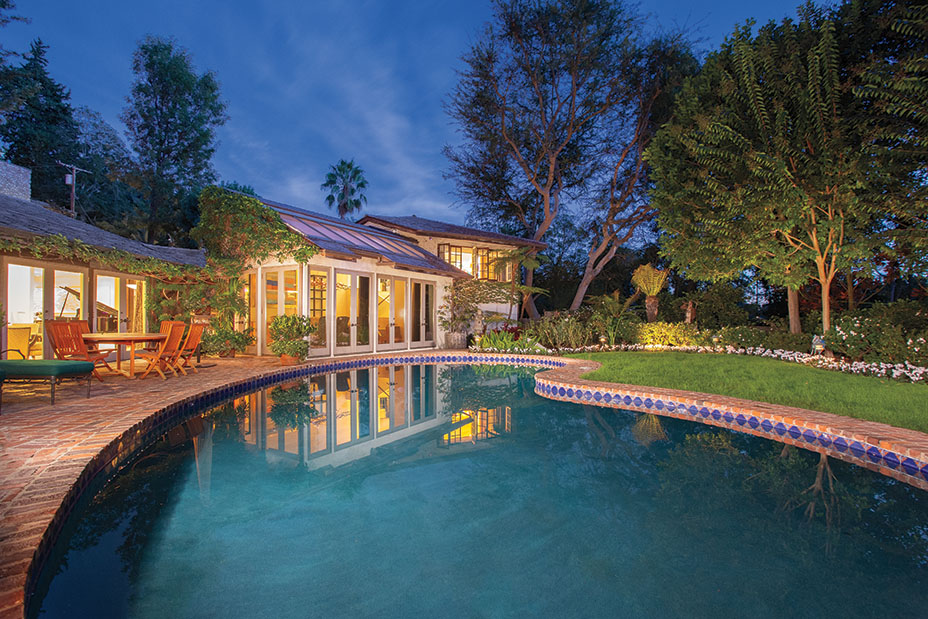