Before menswear became a trending fashion category, there was Cameron Silver, who put vintage clothing on the style map with his Decades boutique in L.A., and earned a reputation as a style expert and globetrotting bon vivant with a custom designer wardrobe to match.

Now, he’s shedding some of that wardrobe for the first time, selling 400 pieces from his collection in hopes that new fashion fans and museums can enjoy such pieces as a 1981 Paco Rabanne jacket resembling an insect, an Alexander McQueen suit in a Botticelli art print and pair of Christian Louboutin “Trash” shoes.

“Men’s style used to be basic and boring except for freaks like me,” says Silver, 48. “When I was buying Gaultier or Matsuda in the mid-80s, the audience was small. Now, my friends’ husbands who are venture capitalists know everything about fashion. And the kids! They know about Off-White and dream of a Dolce blazer.” 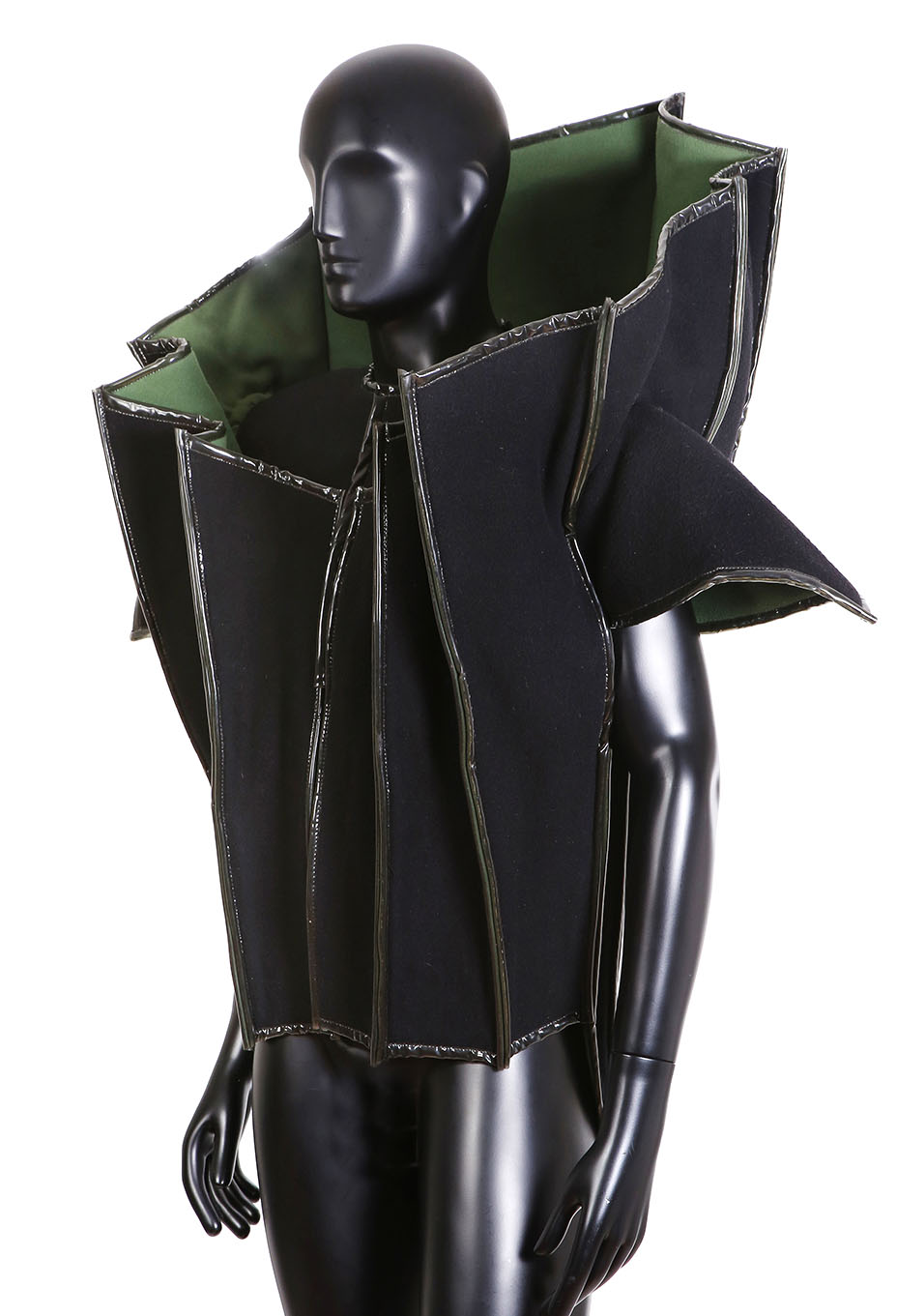 In the past three years, Silver, who co-starred in the short-lived Bravo TV series Dukes of Melrose, has undergone a lifestyle reset, leaving L.A. for New York City where he spends 3 days a week working on design as fashion director for H by Halston, and the rest of his time in West Chester, Penn. where he pitches it on-air for QVC.

Where he once went hit the canape circuit every night and traveled to fashion weeks around the world with a different outfit for each photo op, now he lives in gray suits when he’s on TV, and jeans, Everlane sweatshirts and Gucci loafers when he’s not.

In advance of the sale which begins Monday, when Silver will be at Decades from 11 a.m. to 6 p.m. to “help people wear my clothes!,” I spoke to the reformed clotheshorse about rethinking consumption, how he culled his massive menswear collection and what fashion fans can score.

What happened, did you read Marie Kondo’s book or something? Why clean out now?

It started when I donated a lot of clothing to the L.A. County Museum of Art for the “Reigning Men” exhibition. I was so touched when people called about seeing the clothes in L.A., St. Louis and now in Sydney where the exhibition is on view, particularly my Tom Ford for Gucci thong, which seems to have made the biggest impression. It got me thinking, especially since I’m not in Los Angeles full-time anymore, that I have been able to survive without all my clothes and all my shoes. So as Decades approaches 21 years and I approach 50 years of living, it’s time to let some other people enjoy them. 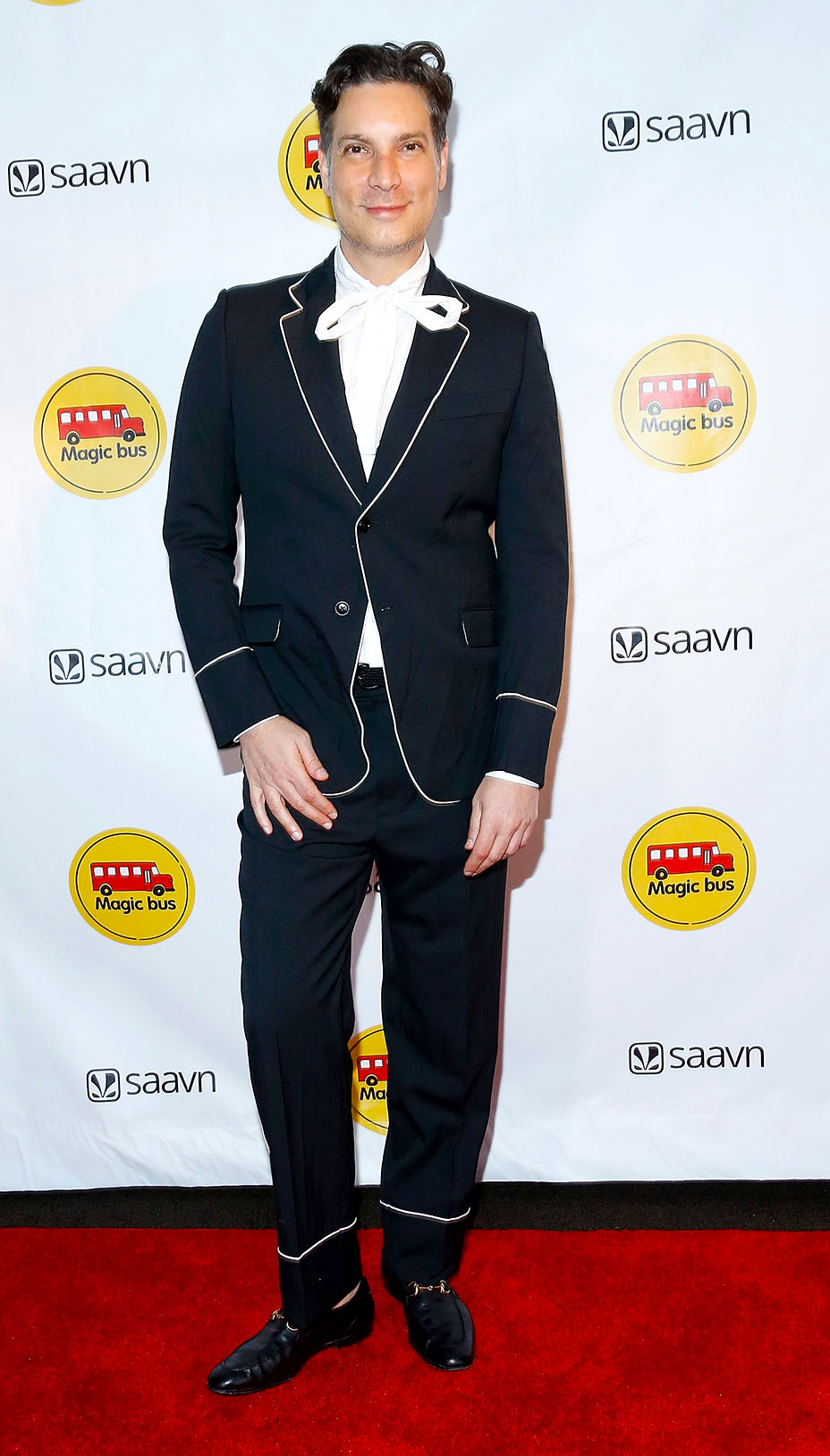 Sometimes, when we travel and have to live out of a suitcase, or relocate, it puts a new perspective on what we need.

It’s so true. I have a nice walk-in closet in New York and another in Pennsylvania, where I have a QVC wardrobe of many shades of gray suits. But I haven’t missed all of these pieces and I think they are too good not to live on other bodies, that’s the retrospective I want to have.

Wait a minute, you’re not a peacock when you’re pitching on QVC?

I have gray suits by Calvin Klein, Hugo Boss and Giorgio Arman–I need to look elegant on QVC but let the clothes that I sell be the stars. My QVC fans love seeing what I wear, but I’m different than I was 5 or 10 years ago, too. I’ve grown up, my body has grown up. I can’t be 6’3’’ and 154 lbs anymore. I had relationships with every designer, had beautiful things made for me, I got to work as a muse for many designers. The other thing I’m recognizing is that there is a great moment for men’s fashion that didn’t exist when I first started collecting. A lot of my clothes help tell that story of the trajectory.

How many pieces total is it?

We’re starting off at Decades with about 400 pieces, but there is a lot to deal with and I have not made a dent. I would say it’s maybe 10 to 15 percent of my collection, but all hero pieces, no boring or basic. I’m holding onto my Jean Paul Gaultier couture, and anything I wore to the Met Gala. But I’ve been photographed in most of it. Just on Thursday, at the Central Park Conservancy Hat Party, I wore a jacket that’s part of sale that I’ve never worn, but it’s going to be sold. I said, I better wear and get photographed in this before someone else does! It’s an etoile jacket a young designer in France made for me 12-15 years ago. 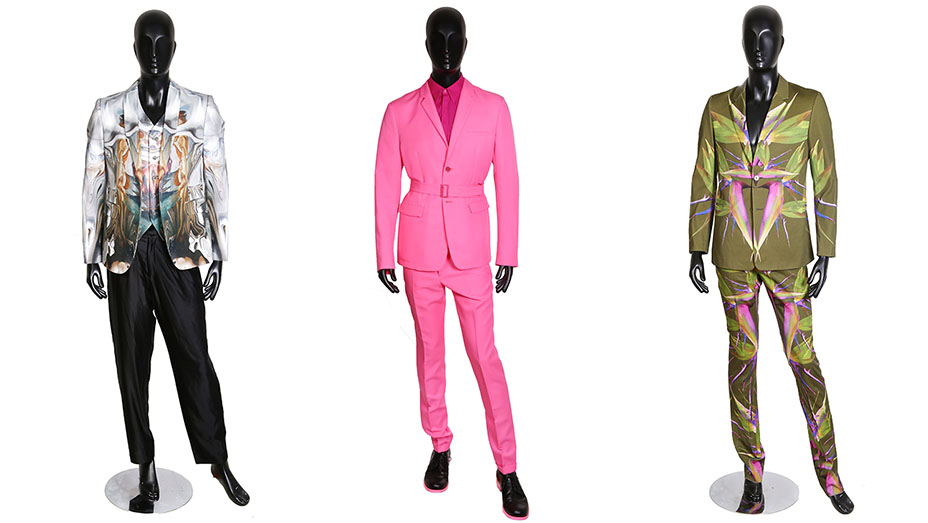 Tell me about the more prized pieces.

I have all of these pieces from Haider Ackerman’s first capsule collection he did at Pitti Uomo in Florence, including one-of-a-kind carpet pants. I have some over-the-top pieces like the Yoko Ono for Opening Ceremony pink suit that has a hand over the crotch that was perfect for Miami Art Basel. There are earlier pieces—I have always been an avid Pucci collector, so there’s a ‘60s jacket. All my Hermes luggage, including a piece I borrowed money from my parents to buy 20 years ago. I’m hoping I was a smart venture capitalist and it will sell for a lot of money. I have quite a bit of McQueen, including a Boticelli print jacket from Lee’s final collection. There’s Tom Ford for Gucci, Tom Ford Tom Ford, and there’s also lots of Louboutin. There’s also a piece I wore to 10 Downing Street during London Fashion Week, a British tailored suit that looks straight out of The Crown. Anyone who is a size 45, get excited!

How did you weigh one thing against another?

Weigh is the appropriate word. What doesn’t fit, I was less emotionally attached. But I love everything because I more or less wore everything. They are all filled with memories and so much joy, I just knew I needed the best eye candy to get this party started.

You seem to have a very bucolic life in Pennsylvania, has that lifestyle made you reconsider priorities?

I consider myself a suburban soccer mom who drives a Subaru 3 days a week when I’m in West Chester, which is my primary residence. My time there has helped me rethink my consuming. And I consumed a lot for 30 years, I got it out of my system. 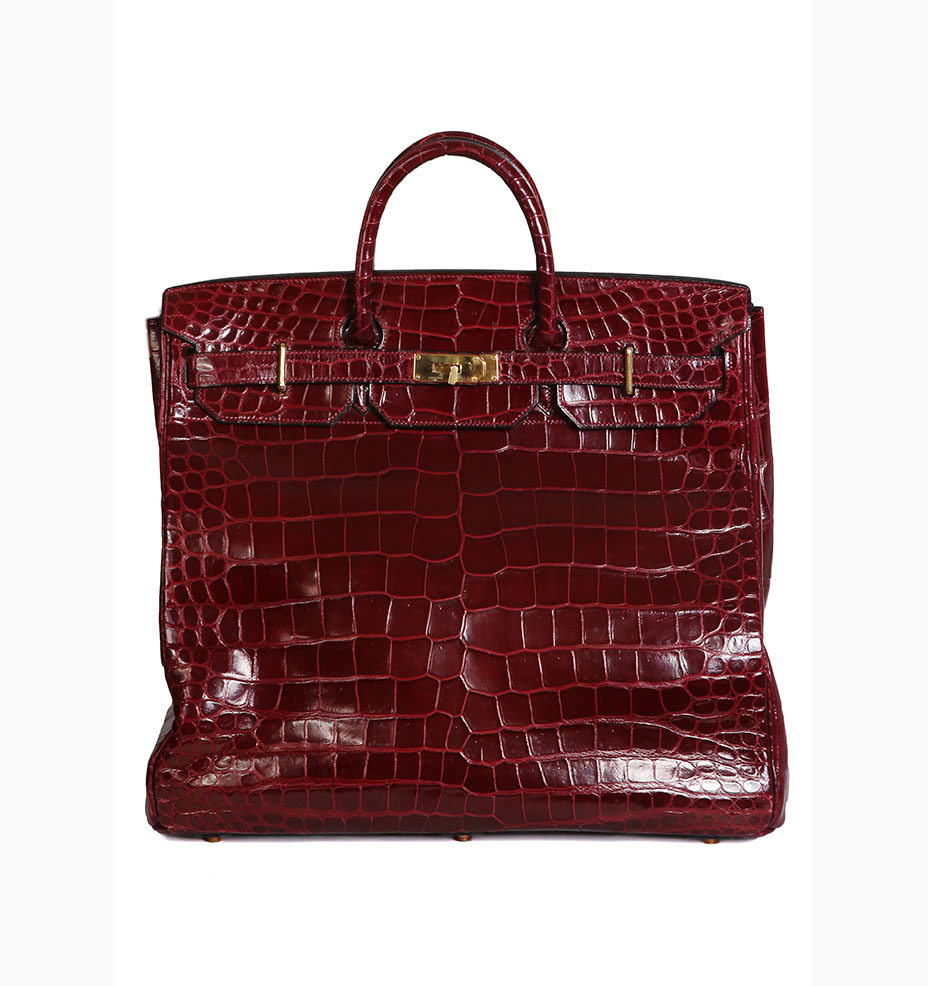 Are you going to Met Gala?

I’m not…I think I’m on QVC that night. And all my religious garb is gone. I donated by Katherine Westphal art-to-wear Catholic garments that I wore like crazy as a nice Jewish boy from Beverly Hills. QVC is the big priority in my life now. It’s one of the most rewarding experiences I’ve ever had. It’s incredible to meet the fans. I’m George Clooney to some of these people.  We design clothes that are chic, affordable, current, for women of every size. And these are the most intelligent consumers I’ve ever worked with because they know everything. I never knew I would love it so much.

Do you love it more than being on floor of Decades?

Well, I need both. Decades helps me have more authenticity when I’m on air. And there are a lot of women who watch me on QVC who now shop at Decades. I’ve had two women fly in to coordinate their trips to meet me at the store and shop.

I didn’t know there would be crossover.

I didn’t either. I see it as another iteration of high-low fashion. You can buy affordable clothing on QVC and carry a Chanel bag, just like the kids do and go to Zara.