Continue to The Hollywood Reporter SKIP AD
You will be redirected back to your article in seconds
Skip to main content
May 8, 2019 6:31pm

The brand has made a name for its smartly tailored blazers with an array of zip-in dickeys that easily change up the look from day to day for an array of occasions. Their dresses and jeans (added last year) are also particularly popular in California, the sisters-in-law said.

Crazy Rich Asians star Awkwafina, who showed up at the Palisades soirée, told The Hollywood Reporter: “Every time I do a fitting, I almost always will choose a Veronica Beard [piece] without knowing what it is. I have a very specific style and their blazers really speak to that!” 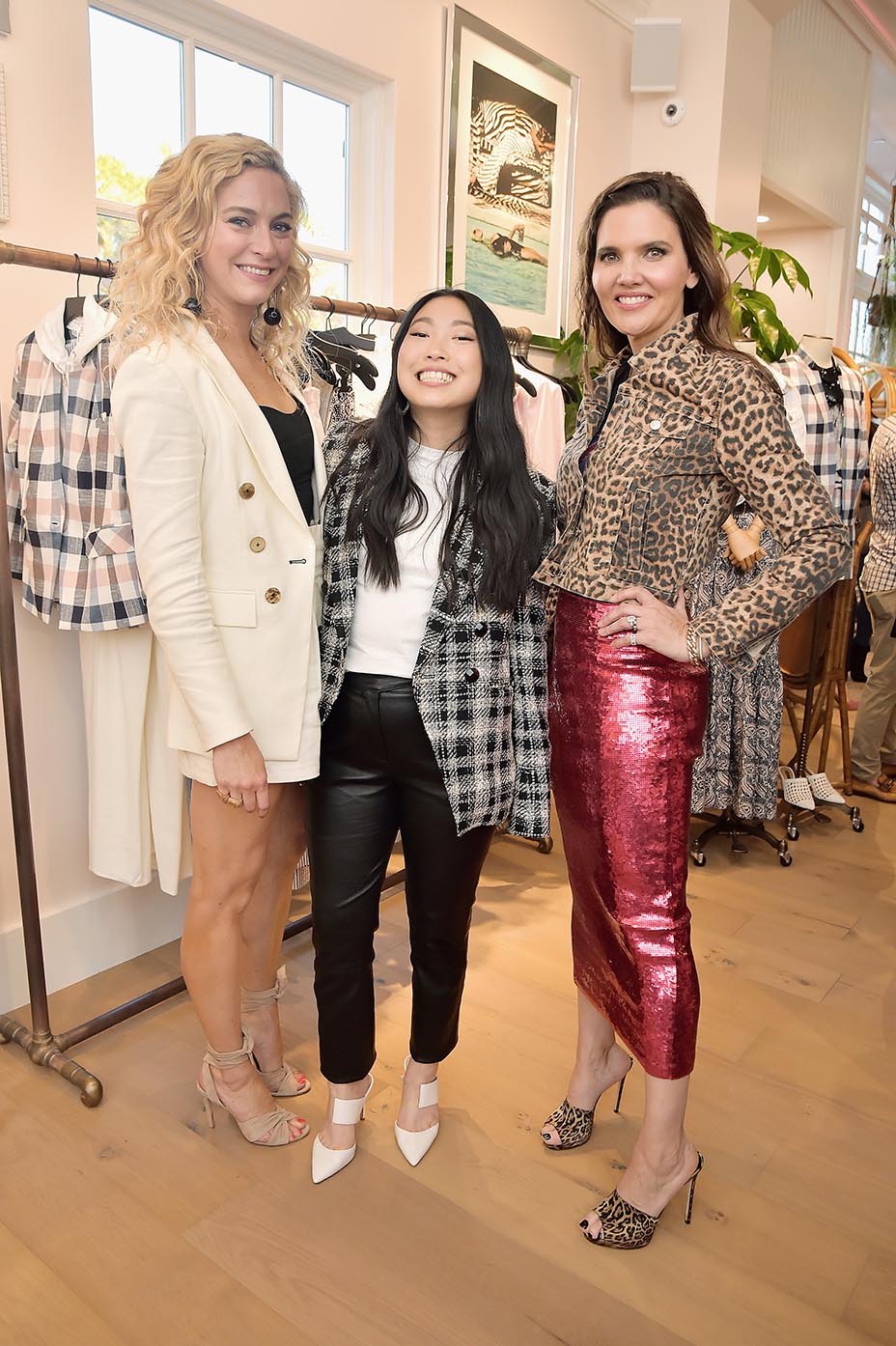 And Camila Alves McConaughey told THR by phone: “I’m obsessed with [the jackets]. It’s such a unique thing about the brand and it’s one of those things that you can dress up or dress down. You can be at work and, if you have to go to a function after, you can zip it up or out and make it more fancy.”

Aside from a glittery client list, the brand has made philanthropy an integral part of its mission. In 2015, Veronica Beard Gives Back was launched in an effort to back women who make a difference. Every month, the company highlights a woman and her prized cause on the website, dedicating 10 dollars of every purchase for 30 days to that charity, and additionally features in-store events that dedicate 10 percent of sales to a cause. (To date, the brand has supported over 80 charities).

Matthew and Camila Alves McConaughey’s Just Keep Livin foundation (a non-profit fitness and wellness-focused after-school program at 33 inner-city Title 1 high schools in nine cities, including Los Angeles) was the focus at the Palisades store opening, with a portion of proceeds for the first five days dedicated to the organization. Additionally, the Veronica Beard designers gave a motivational talk to students at the Inglewood High School program last week about setting goals and building a business.

#Repost @veronicabeard THANK YOU SO MUCH LADIES FOR TAKING THE TIME TO VISIT WITH OUR STUDENTS ABOUT HOW TO REACH THEIR DREAMS! Feeling #grateful after spending the day with @jklivinfoundation at Animo Inglewood High School. Honored to be involved with this incredible organization and to meet its amazing students.

“These kids are so smart and inquisitive. They asked such great questions. We have families that are so supportive, but there are so many kids that don’t and Matthew and Camila have given them a path and a place to go,” said Miele Beard. “We’ve received so much and it’s really important to give back,” added Swanson Beard. “It’s a boomerang and you have to pay it forward. One girl said, ‘I didn’t think I wanted to finish high school until I heard you today’; another student in the program, Maggie Vallejo, who is speaking at our store opening, was just accepted to Harvard.” 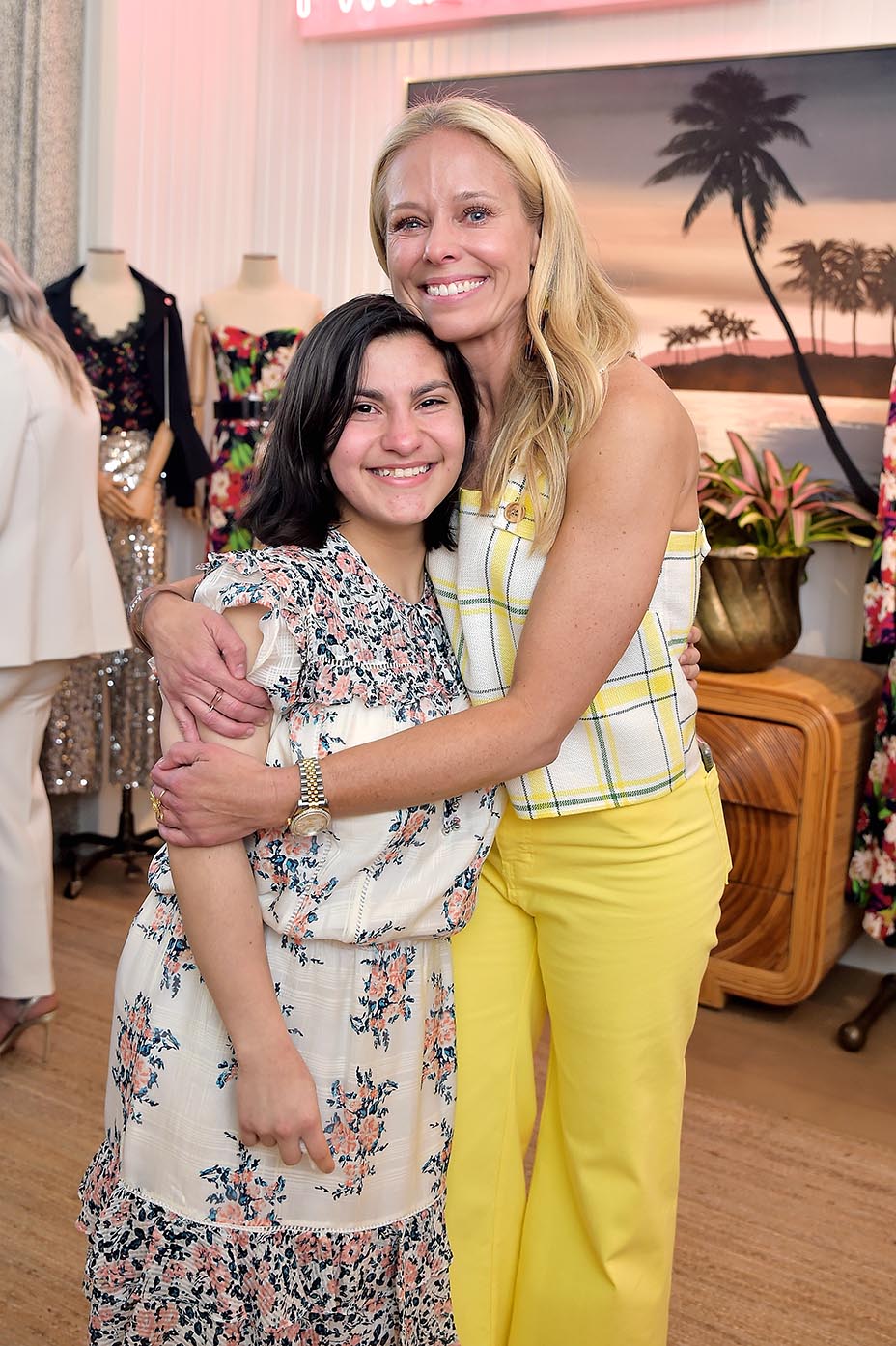 In 2015, Alves McConaughey and her foundation were featured on the Veronica Beard site and, in April 2016, Veronica Beard presented a fashion show with Nordstrom for Just Keep Livin’s annual Mack, Jack & McConaughey (MM&M) fundraiser in Austin, Texas that benefits multiple local charities.

“The fashion show started with 75 women and this year, our seventh, we had 675 women in the room!” Alves McConaughey told THR. “We raised over $200,000 at the fashion show when Veronica Beard was a part of it. It’s a very empowering brand for women in how they design … and they take the time to give back.”

Beyond fitness and wellness programs, Just Keep Livin has a scholastic curriculum and also offers community service opportunities and field trips to expose the kids to new experiences. “There’s a story I love,” Alves McConaughey said. “We did a field trip in Austin and the kids went on a hike. Halfway through, one kid just stopped and wouldn’t move. He was looking at the lake. The coach said, ‘Are you OK? Did you get hurt? Can I help you?’ The kid was silent. When he graduated from school, he came to the coach and said, ‘Hey, do you remember that day when we went on the field trip? I had never in my life seen a body of water like that. When I graduated, I signed up for the Navy because I realized there’s more in the world than just my own neighborhood.’”

HAPPY BIRTHDAY to our co-founder, @iamcamilaalves ! We are forever grateful for you and the joy you bring to the JKL kids!! #justkeeplivin

A gratitude circle, a McConaughey family tradition, is also a key part of program teaching. “It’s something that Matthew grew up doing with his family and now it’s something that our family does at every meal,” Alves McConaughey said. “It helps create a community. In the beginning, the kids were so embarrassed to share. They were very shy. One day we were in one of the programs, Venice High School, and Matthew was just howling and being silly, saying, ‘I’m grateful that I’m getting candy for Halloween and that I got a great kiss from my wife this morning.’ They all started laughing and it popped a bubble of what the gratitude circle meant to them … They share deep things, what they are going through in life, in their homes.”

May is #mentalhealthawareness Month! Did you know that keeping a daily gratitude journal can boost your mental health?! Pictured here are some of our #justkeeplivin students participating in a jkl gratitude circle! #mentalheath #gratitude

Alves McConaughey continued: “And Matthew loves sharing this story about how the program is also dealing with bullying. A lot of the athletes come to our program, but usually who starts coming to our program are the outcasts and we also have special needs kids. It provides a safe space for kids to go after school with all these kids in one place. There was this kid being bullied for a long time, and this group was bullying him next to the field where the program was happening. So one of the athletes ‘handled the situation,’ let’s put it that way. Not that we preach doing that, but now these kids can walk with their heads held high in the hallway. It’s a real community.”

Happy Teacher Appreciation Week!!! We are so grateful to all the teacher who run our #justkeeplivin programs and make such a positive impact on the lives of the students we serve! #thankateacher