Not to hit you over the head with this, but women’s issues are like, kind of a big deal right now.

From #MeToo to the right to choose, the tense climate has designers grappling with the very definition of classic femininity — are vulnerability and softness, like so much else in our culture, simply constructs created by men? Does that make them inherently wrong?

On day 3 of New York Fashion Week, Jonathan Simkhai and Dion Lee both tackled the idea of sensuality in the year 2018 by infusing utilitarian elements with the ultra feminine.

“I have spent time thinking about turning points in American history, specifically when the Victorian era shifted to the modern ideas of the 20th century,” wrote Simkhai in the show notes, referencing the Suffragettes and Gibson girls who have been cited as many a designer’s modern muses.

Simkhai noted, in particular, the union of wool suiting with “fanciful” pleated blouses, as well as denim — the fashion staple whose roots are in the working class — with corseted silhouettes and less-than-sexy hoodie sweatshirts. A particularly provocative look, a black lace top with visible boning, also reconciled with the idea of the corset, that age old symbol of femininity that is charged at once with fierce sexuality and both figurative and literal immobility.

But in 2018 it’s no longer enough to present the obvious juxtaposition of traditionally feminine and masculine elements — think boxy pantsuit styled with a lacy bra underneath. Feminists, finally getting over the shock of the past year and half, have settled in for the long haul and now are calling for a more nuanced expression of the resistance. Statement tees are being traded in for more subversive looks; at Simkhai, a cream lace slip dress with an oxblood red patch of velvet flowing from the pelvis seemed innocuous enough at first glance, but could also be a potent symbol when worn by the right person. Ditto a version with a black velvet diamond across the hips. 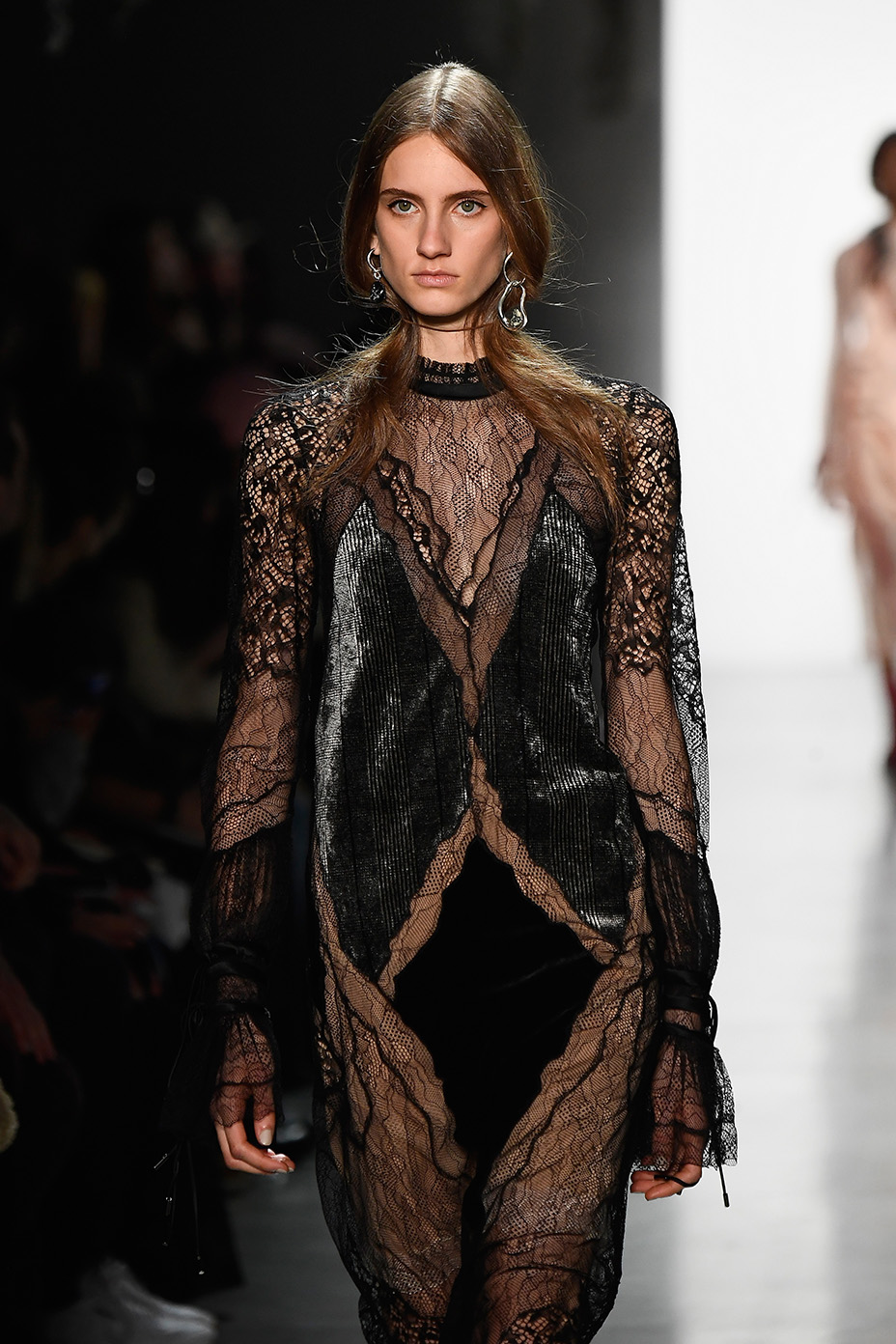 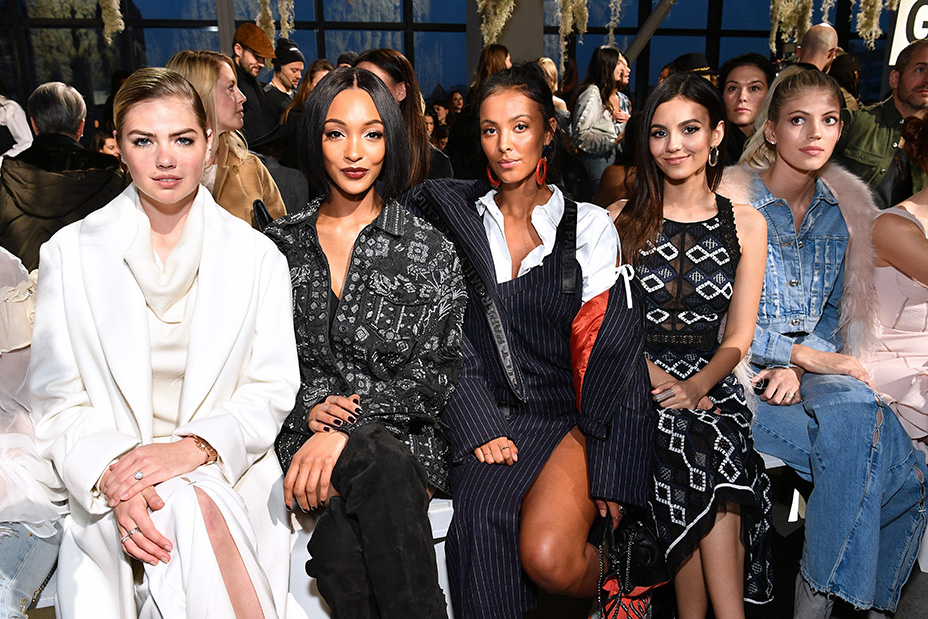 Dion Lee, the Aussie designer whose technical craft remains unparalleled, put his own spin on the utility-meets-sensuality idea. Lee cited a vintage flight suit found in Paris as the source of inspiration, whose lace-up detail and decorative touches reminded him of lingerie. “We were kind of integrating the internal body with the external body” said Lee backstage after the show, referencing bra-forms sewn onto blazers, complete with clasps on the back.”The idea was an extension of the form, but reflecting outwardly in the clothes.”

Another common element was frilly ruffles tacked onto hems with metal fasteners, creating not only beautiful movement but the idea of girlish embellishment as an added-on perk — not necessary to complete the look of the masculine blazer, but a fun and flirty detail nonetheless.

However, it was the idea of the gauzy, translucent turtleneck that seemed most defiant in its own way. When made in the same color as the model’s own skin, we wonder, what even is the point of it being worn at all?

This faux conservatism — the play on the male ideal of femininity at Simkhai and the use of prudish silhouettes like the turtleneck at Lee — is a kind of silent rebellion, a covert display of sexuality masquerading as modesty. You want us to cover up? Sure, we’ll wear turtlenecks. We’ll play along — but on our terms.