There may be sex in the city, but for media mastermind Candace Bushnell, there’s little sleep. While celebrating the launch of her latest book, Is There Still Sex in the City? and its upcoming TV adaptation, the author deservingly takes in praise while sitting back, sipping on a Skinnygirl Cosmo that’s fabulously garnished with cranberries — all after starting her day at 4:30 a.m. (Carrie Bradshaw would certainly approve.) During the discussion held by non-profit organization Visionary Women, Bushnell makes two things about her upcoming show, spotlighting midlife women, clear. One, “It’s not a sequel to Sex and the City”; and two, “This ain’t your mama’s middle age.”

Two decades after the release of her book Sex and the City in 1997 (the basis of the groundbreaking HBO series), Bushnell’s latest novel debuted Aug. 1, and The Hollywood Reporter reported that Paramount TV landed the rights to develop an adaptation in March. “It’s really my life,” Bushnell, who continues to chronicle New York City sex-capades in her work, tells the crowd. “I’m very excited about it, because there is so much material in this area and in this time,” she says. “Women come up to me and say they feel like this is a new time for women, especially mid-life women. I see a lot of women who are admitting the realities of their lives. … It’s OK to tell the truth about our lives.” 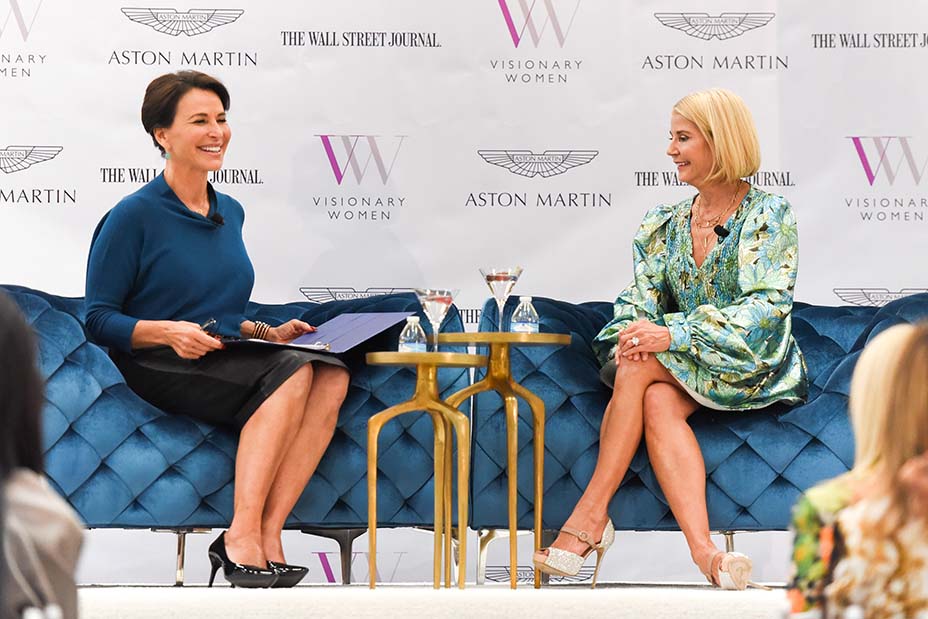 Audiences can expect a similar wit and humor in the new series, as in the beloved Sex and the City. But Is There Still Sex captures a much different era and time in a woman’s life, bringing in heavier and even existential topics such as loss, grief and divorce (while also hitting menopause, male attention and the “MonaLisa” vaginal rejuvenation). “We found our Mr. Bigs, we found our Mr. Biggers, our Aidans, our Harrys, maybe our Steve,” Bushnell explains. “You think you have the happily ever after. But the problem is, nobody tells you that life goes on and the happily ever after may not be forever.”

There are few parallels to SATC, according to Bushnell, who will executive produce the new TV project. One is that both works capture women in “uncharted territory” in society and their lives. Another is that these new, older protagonists are also hopeful about finding love. “In that sense, absolutely,” the author says. Of course, Carrie, Miranda, Samantha and Charlotte will never be replaced. And although the characters have become pop culture icons, Bushnell admits that casting her new series is very much still fair game.

“I haven’t actually thought anything about casting, because the reality is that casting is like, it’s a whole thing,” she explains. “The idea that, ‘Oh, if you write something, you can [have your] dream cast, get this actor or that actor’ — that actor’s never going to be available, they’re never gonna want to do your thing, whatever it is.”

Bushnell jokes that she’s happy to have anyone read her words onscreen at this point. “It’s all done by deals and underground networks, all kinds of things, there’s always somebody who’s going to be the head of the studio or network that usually gets final say,” she says. “The way I am, I’ll pretty much just go along with what everybody says. My feeling is, by the time we get through the casting system, you’re like, ‘Oh, I’m just glad we have any actors at all!’ Whoever it is, I will be grateful.”

And while this new set of characters will navigate things like the “cubbing phenomenon” (in which younger men pursue older women) and SAPs (senior-age players), Bushnell’s work will continue to explore the question: Is there still sex in the city? “Yes, but probably less,” she says. “And that’s true for supposedly everybody.”