Rock candy tigers, monkeys and sharks, oh my! And don’t miss the marshmallow pool or the licorice-and-gumball portrait of Prince, hanging alongside candy re-creations of “The Scream” by Edvard Munch and Andy Warhol’s “Marilyn Monroe.” We’re talking Candytopia, an immersive Willy Wonka-like experience created by Jackie Sorkin, of TLC’s Candy Queen, that opens soon at LA Hangar Studios and runs through March 15; click here for tickets. (The exhibition was scheduled to open today, but the company has issued a press release stating that there are delays due to “last-minute obstacles that we are tirelessly working with the City of Los Angeles to resolve.” An update is expected by Monday.)

The exhibition was created with John Goodman, operating partner of Marvin Traub Associates’ celebrity division, behind Kardashian Kollection at Sears, Sofia Vergara for Kmart and Dream Out Loud by Selena Gomez.

And Sorkin’s not new to this game of exhibitions with interactive, Insta-ready sets such as the Museum of Ice Cream, Happy Place and Refinery29’s 29Rooms that opened last week at Row DTLA; she launched Candytopia exhibitions in Taiwan in 2012 that have since moved to China. 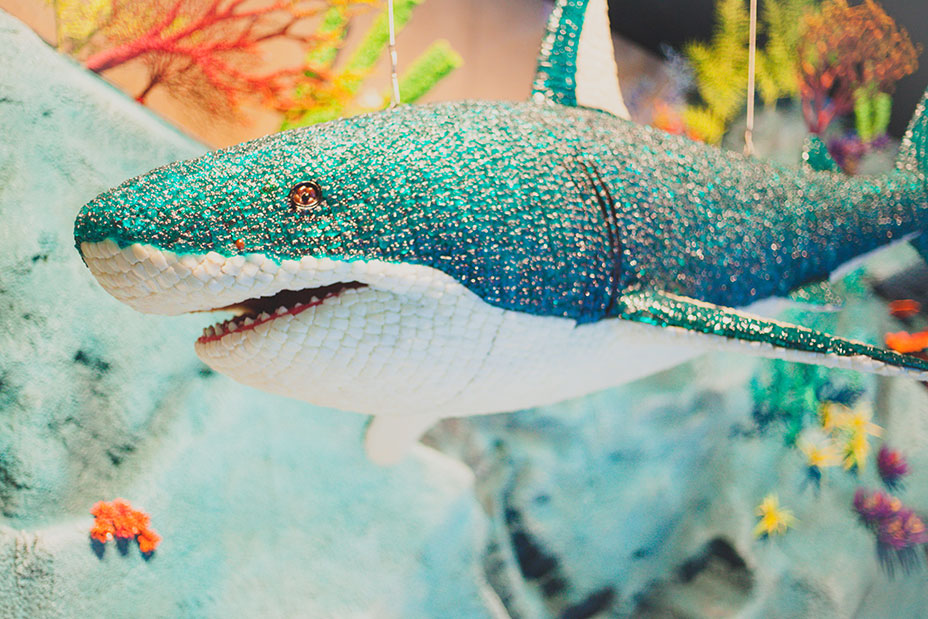 “But my dream was to hit the U.S.A., my home turf, I’m a Cali girl,” said Sorkin. “It’s a dream come true. I’m a college dropout. I had learning disabilities. I’ve battled obesity my whole life (I was 300 pounds at one point). I lost my father young. Had cancer. But I know how to bring people joy. I love fun. I’m a big kid. I’m never going to grow up. Living the sweet life, breaking all the rules, that’s my thing.”

Pressed about the potential incongruity of her message of marketing sweets and past struggles with obesity, Sorkin responded, “It’s ironic. We laugh about it. I was a fat camp kid who ended up in Candyland, right? I was a food addict and I ate my feelings. It’s just moderation. As a kid, I loved sugar and candies, and they said ‘You can’t have it!’ As an adult now, I’ve lost 100 pounds and transformed physically, and I have two little kids, six and seven, who are obsessed with candy. I think it’s our responsibility as adults to guide them. Little kids are little kids. But I don’t think that life has to be so dull and ‘No, No, No, No!’ Learn how to enjoy and live your life the right way. You’re not going to eat this every day. It’s a fantasy land, a treat. I’m in the treats business.”

“My medium is candy; I created a whole life from sugar,” said Sorkin, mentioning that the rock candy tiger took a couple months to make and that millions of pieces of candy are used in the exhibition, if you count all the glittered sugar crystals. 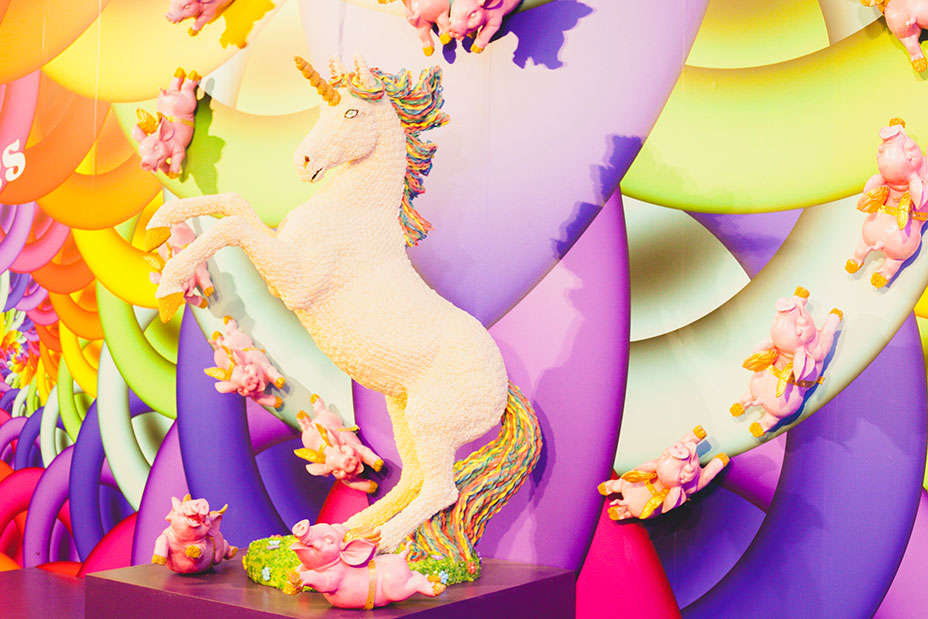 As to what’s next, Traub said that Candytopia will move to San Francisco in April, while Sorkin noted that they plan to have four simultaneous events running in the U.S. this year and mentioned Las Vegas and New York as other potential locations, emphasizing that smaller towns were on her list, too.

“My ultimate goal is a Candytopia theme park,” Sorkin continued. “And we talk about interactive Candytopia stores for kids and families, kind of a Build-a-Bear model with activities and crafts. It’s fun. It’s not all about the stuff. I love that people now care more about experience, because that’s how we make memories. Stuff is stuff!”

Inside the Museum of Ice Cream in L.A.: Sprinkles Pool, Scratch-and-Sniff Walls and Scoop Dogg