Beyonce, Rihanna, Charlize Theron, Cara Delevingne, Kendall Jenner, Selena Gomez, Dakota Johnson … those are just a few of the A-list stars who have worn fine jewelry designed by Valerie Messika in recent years. But there are two names that matter most when it comes to Cannes: Kristen Stewart and Eva Longoria.

Both actresses made high-profile appearances on the red carpet-laden steps of the Palais in 2016 — showings that led Paris-based Messika to come back this year in a major way.

For the first time ever, Messika, the daughter of a prominent diamond dealer, has set up shop in a suite at Hotel Martinez — a notable move that makes major brands like Chopard and L’Oreal her festival neighbors. Proximity aside, it’s also a sign that Messika and her company, which stands out for specializing in white diamonds cast in modern, often fluid designs, is serious about competing with the heavyweights — and she knows it.

“I won’t lie to you — it comes with a little stress,” Messika says with a laugh during a telephone interview from Paris, where at that particular moment she’s running a company and keeping a watchful eye on her two young daughters due to a sick nanny. “When you’re in front of these other big brands like Chopard or Tiffany — these people are so strong and they have their traditions. For me, I’m the outsider.”

Because of that, Messika admits the appearance is a “test” to see if it’s a good fit and if her brand can find a place in the ever-competitive Cannes ecosystem. In doing so, she brings 60 pieces of her High Jewelry collection, nearly 10 Messika staffers and their own private security. (Martinez does not provide security for each suite.)

Launched in 2005, Messika has seen her diamonds worn by other starlets and fashionistas in Cannes, though none as high-profile as 2016. Messika says she was surprised when Personal Shopper star Stewart showed up to the premiere of the Olivier Assayas-directed film on May 17, 2016, wearing the Calypso ear cuff and the Gloria double ring to go with her white Chanel mini dress. “I think she loved it because [the ear cuffs] looked so cool with her new haircut,” she says. “Kristen is not too much a jewelry person — she’s quite rock and roll.” 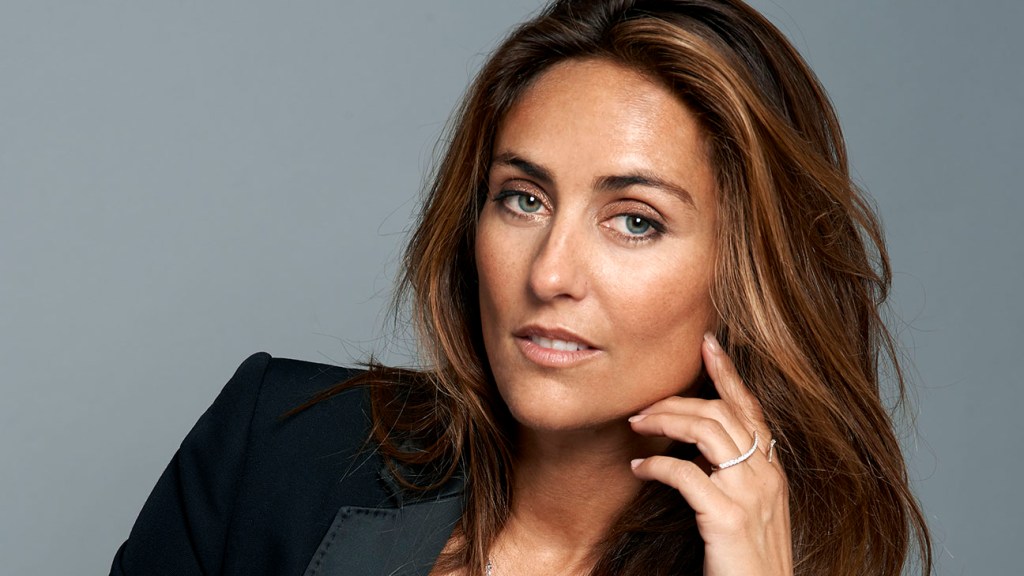 Stewart’s look, styled by her longtime stylist Tara Swennen, received raves from red-carpet watchers, and Swennen tells Pret-a-Reporter that Messika’s designs helped create the overall look. “Valerie’s pieces are unique and borderline architectural in feel, which appealed to our aesthetic,” she says.

As for Longoria, she wore a piece from Messika’s High Jewelry collection — the “Diamants Celestes” Austral necklace featuring 45.8 carats of oval cut diamonds — to the May 12, 2016, premiere of Money Monster at the Palais. She loved it so much that the Desperate Housewives star chose the same piece for her wedding just days later in Mexico, where she married businessman Jose Baston at his lakeside home outside Mexico City. “It was very secret and I couldn’t even mention it to people inside my company,” reveals Messika.

While Messika hopes her baubles land on more than a few boldfaced names this year, she’s realistic about how jewelry fits on the fashion landscape for major red carpets such as Cannes. “With the women, the dress is the masterpiece,” she admits. “The jewelry is good, but the dress is more important. You have to find jewelry that fits nicely with the woman and with the dress she selects.”

Therefore, white diamonds tend to be the accoutrement of choice, says Messika, because the choice offers easier mixing and matching. “White diamonds match with a lot of different styles, mainly,” she continues.

With Stewart and Longoria rocking Messika in Cannes, one might think that the showings translated to monster sales for the house. Not so fast, says Messika. “It’s more about the branding, the image and the impact of the brand that the [sale] of the pieces,” she explains. “It doesn’t mean you will sell the necklace. Cannes is like the Oscars or the Met Ball. You create a desire about the brand.”

Messika has also had her own opportunities to walk the red carpet in Cannes, a thrill for the cinema lover. “You can say, ‘I don’t care’ about walking the red carpet, but it’s not true. Seeing all those people, the big celebrities and the films, there’s something very special,” gushes Messika, who lists her favorite directors as Woody Allen and James Cameron.

There may not be time to see any films this year, as the styling crush often requires one’s full attention. In the meantime, she’ll be crossing her fingers. Says Messika, “We hope this year will be as lucky as last year.”

@BellaHadid, the new face of Dior Beauty, in Messika at the Dior Makeup Party in Paris. #Messikajewelry#bellahadid