The Wearer: Fan Bingbing, the Eastern Queen of Cannes.

The Event: The premiere of L’amant double at the 70th Cannes Film Festival on Friday. 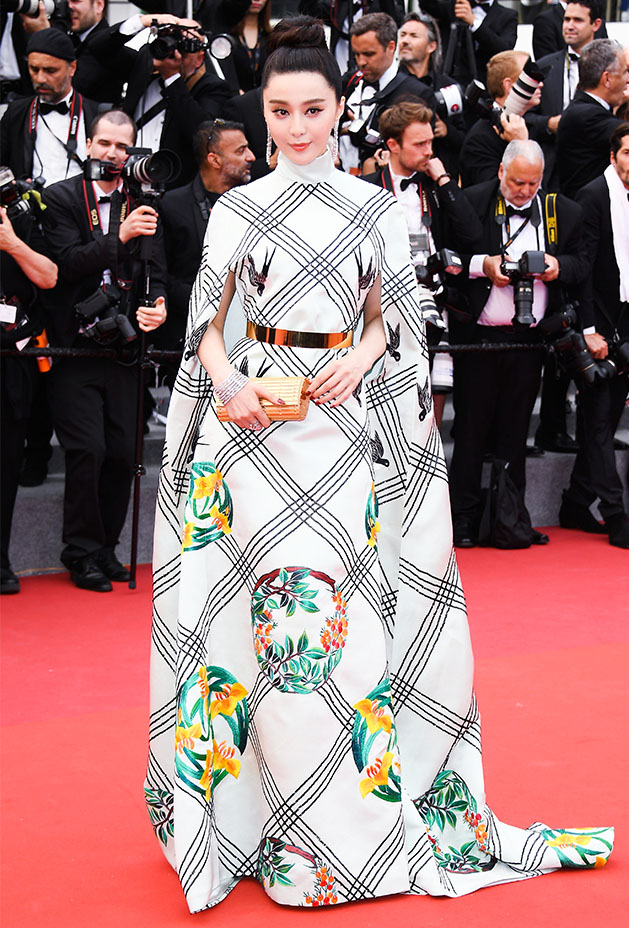 Why It Matters: Bingbing is a global fashion icon, and by choosing to wear this gown, she put a spotlight on the rich contemporary fashion scene in her homeland of China, where Christopher Bu is a celebrity stylist turned designer, not unlike Brandon Maxwell in the U.S. (Maxwell styles Lady Gaga.)

Prior to launching his namesake label in 2011, Bu had already made a name for himself as a stylist to the stars, most notably for Bingbing, who helped bring him into the international spotlight at the opening-night ceremony of the 2011 Cannes Film Festival, wearing his dramatic red gown embroidered with white cranes. She also wore one of his designs to the 2015 Met Gala for the exhibition China: Through the Looking Glass. Bu has been working with the Lost In Beijing actress since 2006 and has also styled Chinese actresses Zhang Ziyi and Zhao Wei, as well as French actress Sophie Marceau.

Bu studied hair, makeup and styling for movie sets at the Beijing Film Academy, and his couture clothing is heavily influenced by traditional Chinese culture. He also has a ready-to-wear collection, Chris by Christopher Bu.

Bingbing paired the dramatic gown with a metallic belt and some serious De Beers jewelry, including diamond shoulder-duster earrings, a ring and a cuff. 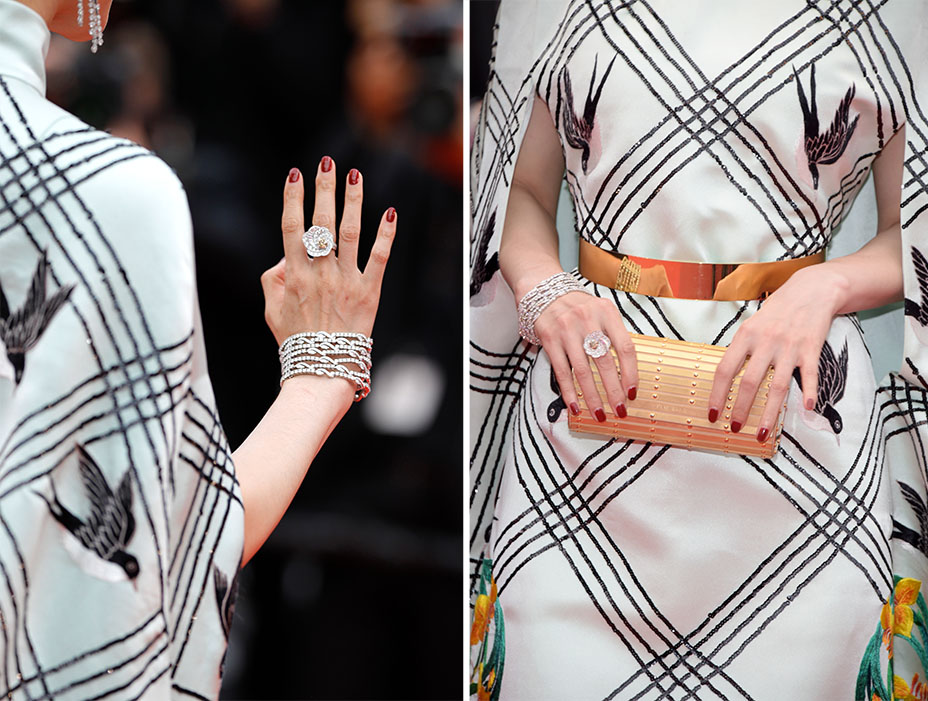