The most coveted invitation of the first week of the film festival is the annual Chopard and Vanity Fair bash, when the stars escape the crush of Cannes for the Hotel du Cap-Eden-Roc.

10:59 p.m. The Uber arrives at the front gates of the Hotel du Cap. Security is tight, with three black-suited personnel checking car passes and tickets before allowing people on the hotel grounds. The line is only three cars deep, but the VVIPs are already inside and the crowd hasn’t hit peak party level yet.

11:00 p.m. The car pulls up to the front of the Eden Roc restaurant, perched on the cliff below the famed Hotel du Cap and nearly runs over Swinton. The driver, who has lived in Antibes his entire life, has never set foot (or wheel) on these hallowed grounds before.

11:05 p.m. The dinner upstairs is just wrapping up, with the guests filtering out to the deck. Hayek was overheard joking that she was avoiding carbs — but champagne seemed to be on the menu.

11:10 p.m. Graydon Carter’s annual party is known for its eclectic guest list, and the seating seemed aimed at creating the right mix — the table closest to the door saw Arnold Schwarzenegger, Jemima Kahn and Sarandos seated together.

11:20 p.m. Moore, Hayek and Longoria were chatting on the terrace and good-naturedly posing for pics for several minutes. Longoria and Hayek got into a conversation about California versus French wines, with the duo chatting in both English and Spanish.

11:29 p.m. Longoria bids her goodbyes and tells Jessica Chastain to enjoy her jury duty. Chastain says this has been one of the best weeks of her life.

11:34 p.m. Price and Katzenberg are deep in conversation next to the bar.

11:42 p.m. Greta Gerwig is spotted shaking hands with Clint Eastwood. A few minutes later she’s overheard saying that Eastwood asked to meet her and the pair chatted about an all-female led film that Eastwood has in mind. 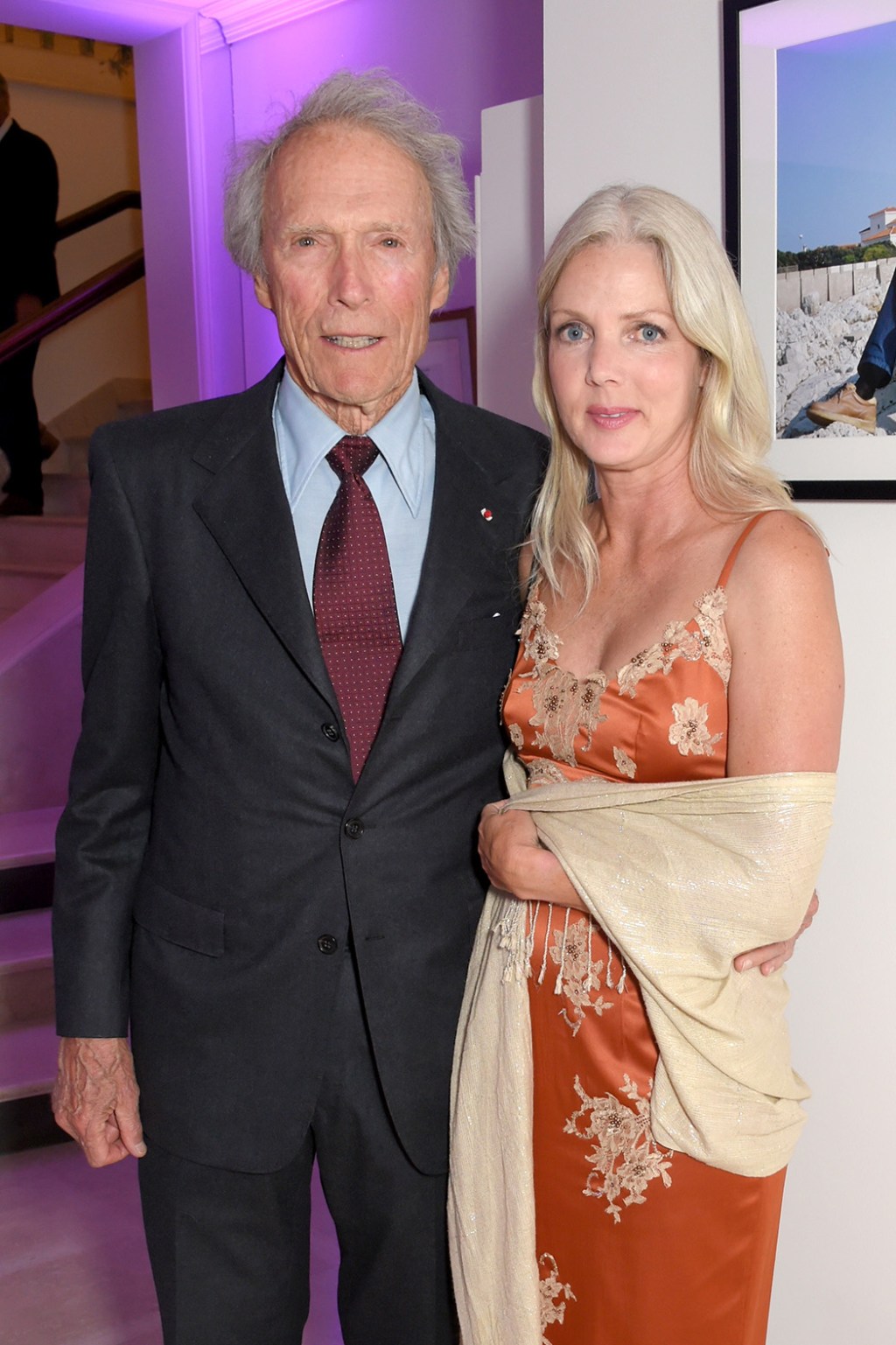 11:45 p.m. Schwarzenegger lights up a cigar and poses for pics with a giant gold skull ring on his left hand.

11:50 p.m. Katzenberg is spotted chatting with The Meyerowitz Stories director Noah Baumbach and its star Adam Sandler. “They gave me a freaking Palme d’Or!” he said about receiving a career honor from the festival the night before. “I thought it would be some small thing, and when they opened the box, I was shocked.” Katzenberg was the first producer to be given a Palme d’Or during Friday night’s ceremony; the prize is usually reserved for directors and actors.

11:59 p.m. Chastain fangirls out over Gerwig, saying that she’s seen all her films. Chastain was then overheard talking about how great the jury is getting along.

12:14 a.m. Huppert politely interrupts Hayek and Katzenberg to say hello. The two already know who the Oscar nominee is.

12:28 a.m. Guests are being ushered out, moving downstairs to the poolside party. Elle Fanning — who, in what was surely an oversight, is finally allowed in — chats with Moore as they descend the grand staircase. The crew, including Jake Gyllenhaal, enter the party as “Staying Alive” comes on.

12:32 a.m. Sarandos and Katzenberg are chatting at the bar, probably plotting world domination.

12:36 a.m. There’s a traffic jam getting out to the poolside deck. Turns out Eastwood and Alejandro G. Inarritu are engaged in a deep conversation in the doorway.

12:43 a.m. Swinton, in a grand black-and-white polka-dotted gown, is reclining on a couch underneath the palm trees with the Okja crew. She’s lying next to director Bong Joon-ho, while Paul Dano sits opposite. As soon as the disco hit “Ain’t No Stoppin’ Us Now” comes on, the whole crew starts dancing in their seats. 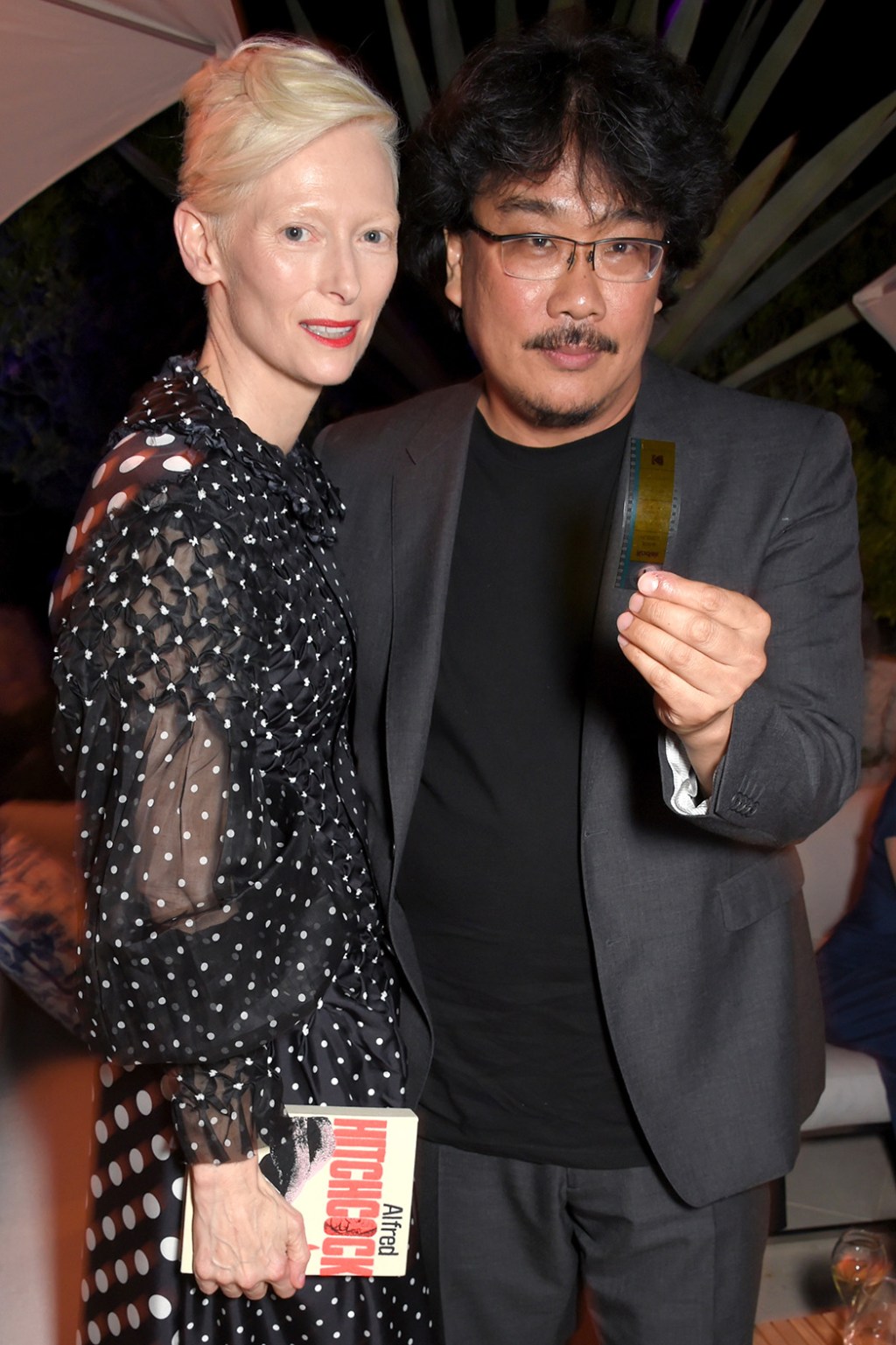 12:54 a.m. Model Liya Kebede — who has changed out of her show-stopping Paco Rabanne red-carpet dress into a more low-key pants and jacket outfit — is spotted exchanging bisous with French fashion icon Charlotte Gainsbourg, who is rocking a sexy Saint Laurent vinyl mini.

12:56 a.m. The Chopard crew is on the dance floor with spokeswoman Petra Nemcova and CEO Caroline Scheufele. Nemcova is twirling with her cape, making for some epic pics.

1:03 a.m. With her back turned away from the action, Kendall Jenner is spotted sitting on a banquette overlooking the sea taking in the view … of her phone.

1:10 a.m. Swinton hits the dance floor for disco hit “Got to Be Real” before she’s overheard saying she’s heading out soon.

1:23 a.m. Mary J. Blige, who has been holding court on a banquette next to the pool, gets up to bop to Michael Jackson’s “Wanna Be Starting Something.”

1:30 a.m. Prince’s “1999” is playing, and while most guests are grooving on the dance floor, Al Gore and girlfriend Elizabeth Keadle are sharing a slow dance on the deck overlooking the ocean.

1:37 a.m. Swinton is overheard saying “I don’t know about this DJ” about one second before The Clash’s “Should I Stay or Should I Go” comes on. She lets out a shout and rushes to the dance floor.

1:42 a.m. Sandler asks Sarandos to take pics of him and wife Jackie. Sarandos complies, being ever the professional and standing on his tiptoes to shoot down. Everyone looks thinner that way!

1:45 a.m. Sandler and Moore start grooving to Daft Punk and Pharrell’s “Get Lucky” as a last dance before Moore leaves.

1:50 a.m. After chatting with a friend, Jenner checks her phone.

2:09 a.m. Jenner makes her move towards the door, with some impressed guests spotting her. She graciously poses for an awkward selfie with four fans.

2:17 a.m. Smoke suddenly fills the courtyard and guests file to the edges of the party. It’s not a stunt for the dance floor — it seems a cigarette has smoldered one of the specially branded pillows, but order is quickly restored.

2:20 a.m. Swinton’s back! Or never left, dancing to The Jackson Five’s “ABC” with juror Maren Ade and The Walking Dead’s Stephen Yeun.

2:33 a.m. The Uber chariot has arrived, and it’s time to say au revoir to the Hotel du Cap. We think we spot Swinton still on the dance floor… 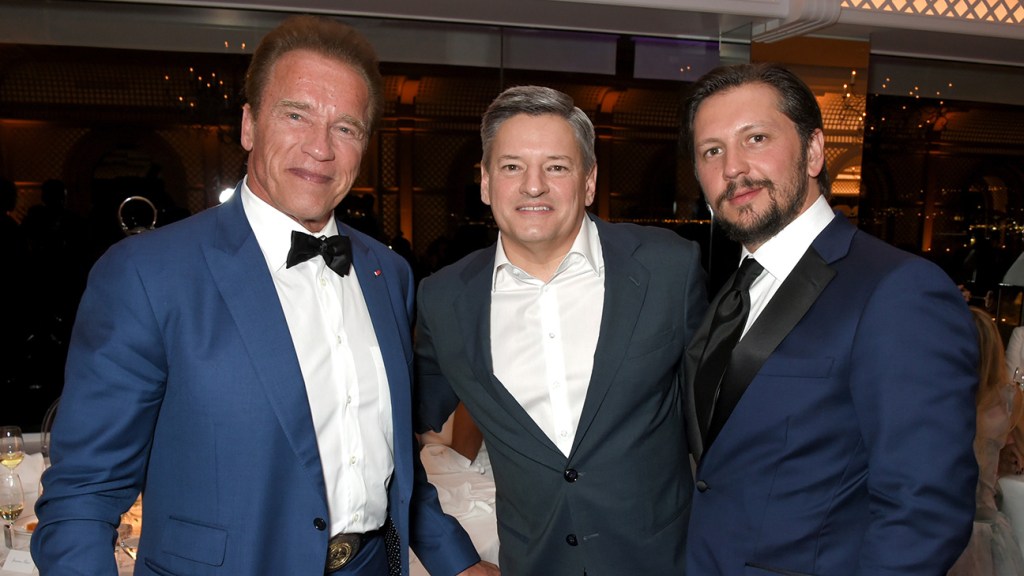