L’Oreal celebrated its “Canniversary” of 20 years at the film festival Wednesday night with a blowout party on the beach. The brand took the photo booth to the next level with a serious setup inside its beachside tent, theater and pop-up shop.

Alas, it was only the spokesmodels, including Eva Longoria, Barbara Plavin and Lara Stone, who got to step inside the mini-studio — complete with wind fan — to snap pics for the brand. Guests got to see how the magic is made as each one posed for shots.

Models Neelam Gill, Bianca Balti, Doutzen Kroes and Irina Shayk were also among the L’Oreal faces that were fresh from the red carpet for Sofia Coppola’s The Beguiled, which stars L’Oreal’s newest spokesmodel Elle Fanning, who skipped the bash in favor of the film’s afterparty at Club Albane. 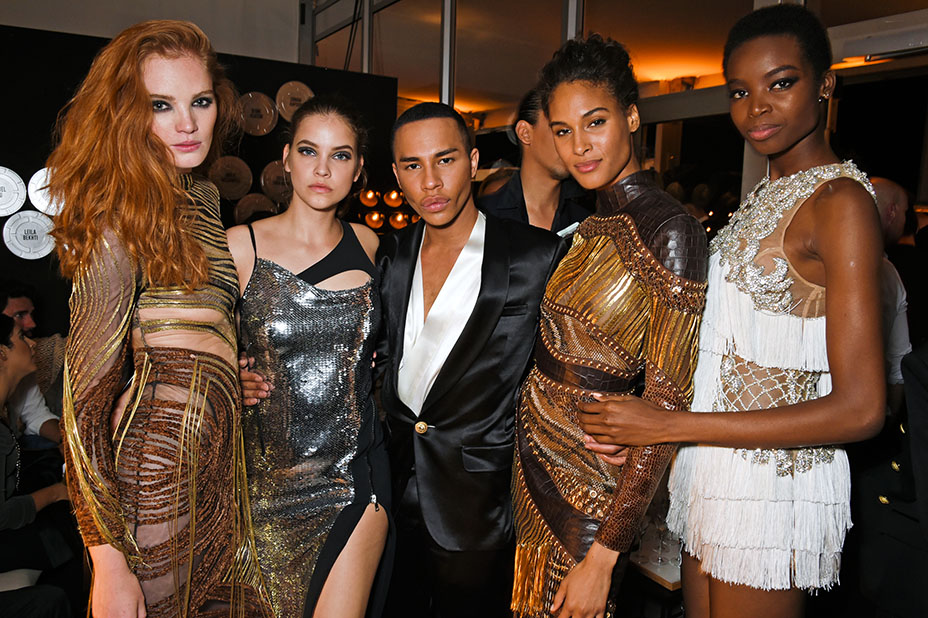 Paris Hilton and boyfriend Chris Zylka continued their Cannes PDA tour by enthusiastically making out for the cameras at L’Oreal. Hilton was overheard inviting people to Ibiza for the summer. “It’s the best place in the world, and nobody throws parties like me,” said the socialite/DJ who holds a residency at Club Amnesia there.

But the party didn’t really get started until Olivier Rousteing jumped behind the turntables. It might have been his first time in the booth as a DJ as he wasn’t exactly sure how to work the equipment, but it didn’t matter — he got the crowd dancing and singing along to plenty of pop, including Backstreet Boys’ “Everybody,” Wham’s “Wake Me Up Before You Go-Go,” and the Spice Girls’ “Wannabe.” The Balmain designer played basically every wedding DJ’s greatest-hits list, but the mood was so light that even the servers put down their trays of champagne and started dancing with the crowd. Everybody, indeed.