The second annual Girl Up Girl Hero Awards, hosted by Julianne Hough with Corinne Foxx, Nigel Barker and Nikki Bella as presenters, convened at the Beverly Wilshire on Oct. 13. Actresses Cara Delevingne, Kate Hudson, and Jameela Jamil were among those honored for using their voices to balance rights for girls and women, with a special emphasis on the LGBTQ community, the representation of girls and women, and body positivity.

Before taking the stage, Jamil walked the magenta carpet and spoke highly of The Good Place creator Michael Schur, telling The Hollywood Reporter, “I feel like every moment of my career has been a fight for any kind of equality for women. I’ve been undermined. Maybe until I met Mike Schur was the first time I ever had a man be like, ‘You are smart, you are funny, and stop doubting yourself!’ Until then, I just been told that I should try to be likable and look pretty and be funnier.”

She noted that the experience was also a sad one, as she realized that she did not know how to receive a compliment from a man, after fighting for so many years. “I didn’t know what to do when I had a straight white male in front of me, believing in me and giving me a chance that I never expected,” she said. “I didn’t think I deserved it in the moment and it changed the rest of my life.” 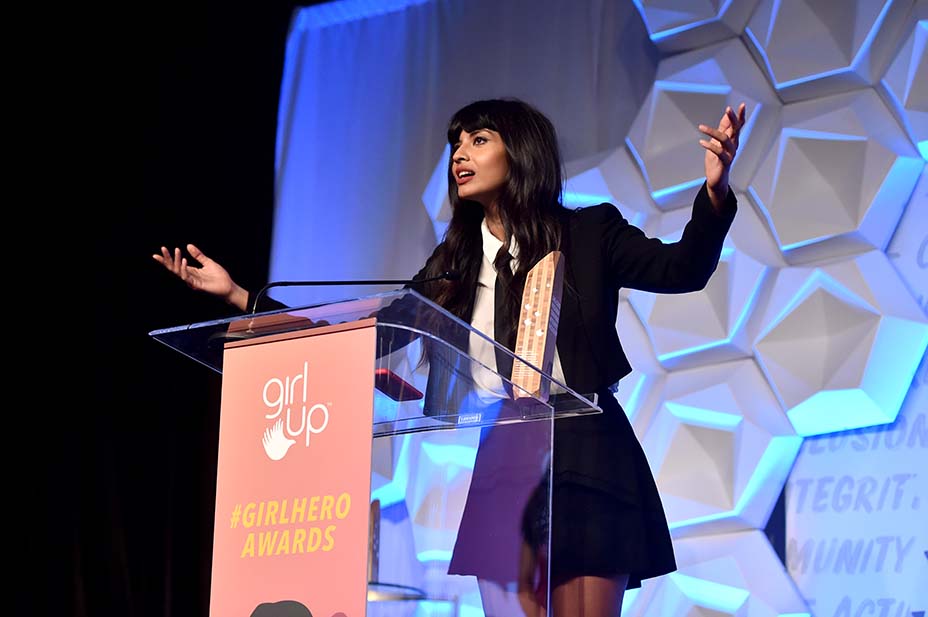 Since then, Jamil  has taken that confidence to Twitter and Instagram under her name as well as the handle I Weigh, which she uses to call for a “dismantle against shame.” She continued:  “I have a very supportive boyfriend. I have amazing women all around me and I credit those people with building me up to have this fight. I’m doing my best, but it’s still an ongoing journey and we all struggle. Girls especially struggle with imposter syndrome, especially women of color. I’m here just to try and prove that you can be disobedient. You can fight back, you can disrupt the system and not be shut out the way that they told me I would have.”

Accepting her award for doing just that, Jamil told the audience, “If I could give you three pieces of advice, it would be…talk to yourself the way you’d talk to your friends, support yourself as you would support others and fight for yourself.” 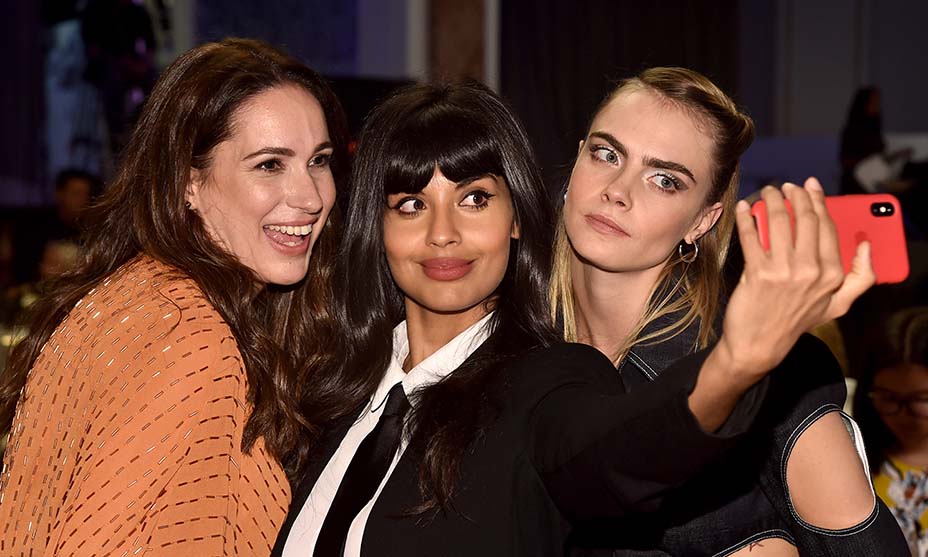 Soon after, Delevingne took to the stage. Taking advantage of the moment, the model-turned-actress spoke out on the lack of progress, saying: “I’m done with listening to this. I’m done with it getting worse. Hollywood is changing, there is movement. You see more LGBTQ, more women. But at the end of the day, what does that actually mean? Has it changed or are the people at the forefront changing? Hashtag MeToo, hashtag TimesUp. Is it? Has it been? I can tell you from past experience, it hasn’t changed a lot.”

Speaking to THR, she mapped out her personal plan to make some waves in the industry: “I’ve now gone into things like producing and writing and trying to really call to action [forward-thinking] material being written, trying to find more sources of inspiration, more real-life things to draw from. I’m really just advocating for more people in the writers rooms or advocating for more producers, more female-led [projects]. I think the story that is the most important at this moment is trauma. I think there’s so much trauma in the world. And this doesn’t adhere to men or women; it adheres to everyone. Things like PTSD, addiction and depression come from trauma. Nearly everyone has suffered trauma in some way and it affects your life so much.” 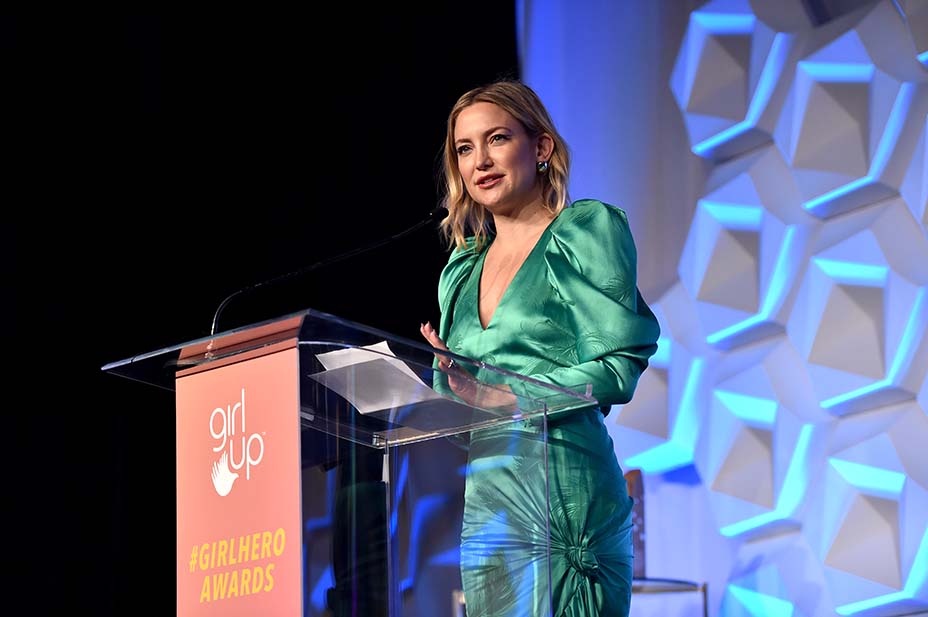 When it came time for Hudson to accept her award, she gave advice to each young girl in the room, as though they were her own daughters, saying, “A leader doesn’t have to be one thing. A leader isn’t always the one leading the army. We live in a time where sometimes we think we have to do it the way everyone else is doing it or we fear, if we don’t do it the same way as everyone else, that we won’t succeed in our goals. Please remember there are great leaders who are beautiful thinkers and innovators. They are the quiet leaders. They’re as powerful and important as the outspoken ones. Please be your own kind of leader. We need it.”

In between speeches, the event also featured a musical performance by newcomer Jaime Woods, who was introduced by Grammy Award-winning artist Estelle.

Before serenading the crowd with her new single “Hello Morning,” she told THR, “I had a career where I was surrounded by a lot of men. I’ll just say the best part of my career is now. I’m working with Estelle. She DM’d me on Instagram and asked for my phone number. It all started with a conversation. There’s a sisterhood growing, she found me in a very vulnerable place where I’m healing. I feel like I have a big sister now. Working with women is magic.”

Speaking of #girlhero, I told the universe that if I was to do music again, it’d have to be 100% different from what I’ve already experienced. I told the universe I needed to work with black women, to feel safe and supported. No other way would do. I’m so honored that the universe saw fit to answer my prayers with *this* woman. Not only have I gained an incredible resource, but I’ve also found a teammate and a sister. Overflowing with gratefulness this morning. Shoutout to our future. #est1980recs Also shoutout to @girlupcampaign for having us!!! Girl power errywhere baybeeee