Cardi B, Ezra Miller, Emily Ratajkowski and others take over the Palms Casino Resort in Las Vegas for a wild night in the hotel’s new campaign video — full of race cars, flames and bling — with a final mic drop from Cardi B.

Miller’s jacket is one of the fashion pieces and props from the film that fans can own through a new program called “Unstatus Quo Drops.” The activation uses YouTube Cards to allow viewers to find products throughout the film that will be “unlocked” and given away. Spot the hidden card, then tap it for a chance to win. Drops will occur between Friday, March 29 and Friday, April 5.

Along with the Gucci x Dapper Dan jacket, giveaway items include an original painting by L.A.-based artist Revok, a signed microphone from Cardi B, a Marshmello helmet, an Olivia Steele sculpture and Nikes designed by L.A. artist Joshua Vides. 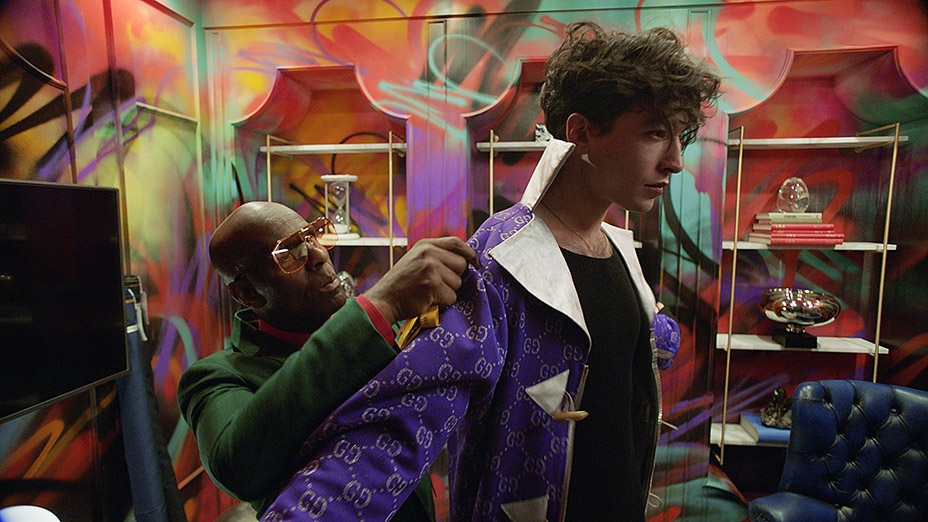 Unstatus Quo was directed by Grammy winner Sam Brown to celebrate the property-wide $690 million renovation to the Palms Casino Resort. Ratajkowski (I Feel Pretty) lounges while reading a Daily Gossip magazine — that’s literally on fire — and Cardi B fans herself with hundred dollar bills while wearing a bobbed wig and pink eyeshadow. Rita Ora, sporting a gold sequin halter, brushes her teeth with a gold toothbrush in a gilded bathroom.

Watch the video below.