Bright, bold and star-filled: If those are the elements you count on seeing at a Jeremy Scott show, his Spring 2019 collection Thursday night didn’t disappoint. The scrum of photographers was more frenzied than usual with the last-minute arrival from backstage of Cardi B, who sat next to Paris Jackson, Gigi Hadid and Tiffany Haddish, while Caitlyn Jenner, Coco Rocha and Paris Hilton faced them on the opposite front row. (Minutes later we also would see Cardi B’s husband, Offset, modeling on the runway.)

You could call anyone in this group one of Scott’s muses, but for spring he was inspired more by, well, himself. Digging into his past, Scott conjured up plenty of mid-‘90s references, from the oversized printed sweaters in neon hues, splashed with Pokemon prints or festooned with words like “Shock” and “Riot,” to bustier minidresses, camo pants and plaid flannel shirts tied around the waist.

Scott would have been in his late teens/early 20s during that era, at an age in which fashion risks often are unabashed and passionately embraced, and he reflected that spirit in this collection, which also included a couple of ingenious athletic mesh jersey dresses printed with a melange of NBA team logos. (Why just pick one?)

Scott also celebrated the period with a look at Polaroids he had saved all these years, each showing his youthful experimentation with gender fluidity via David Bowie-esque makeup and hairstyles, images that were emblazoned on hoodies or were fashioned into a collage printed on a bodysuit or maxidress. (Scott’s always-coveted front-row gift, a Le Pliage tote by longtime collaborator Longchamp, this season has been embellished with those same images.)

Ultimately it was a fearless show, right down to the white sleeveless T-shirt Scott wore for his runway bow: “Tell Your Senator NO on Kavanaugh: 202-902-7129.” His statement opposing the Supreme Court nominee confirms it was no accident that the words printed on his collection also included “Revolt” and “Resist.”

It’s just another reason Scott’s front row, muses or no, will always be fans. “It’s different, it’s colorful, it’s vibrant,” pronounced Cardi B as she headed backstage after the finale. “And even when it’s not colorful, it’s still vibrant, it’s still fresh, and it’s still edgy. I loved everything.” 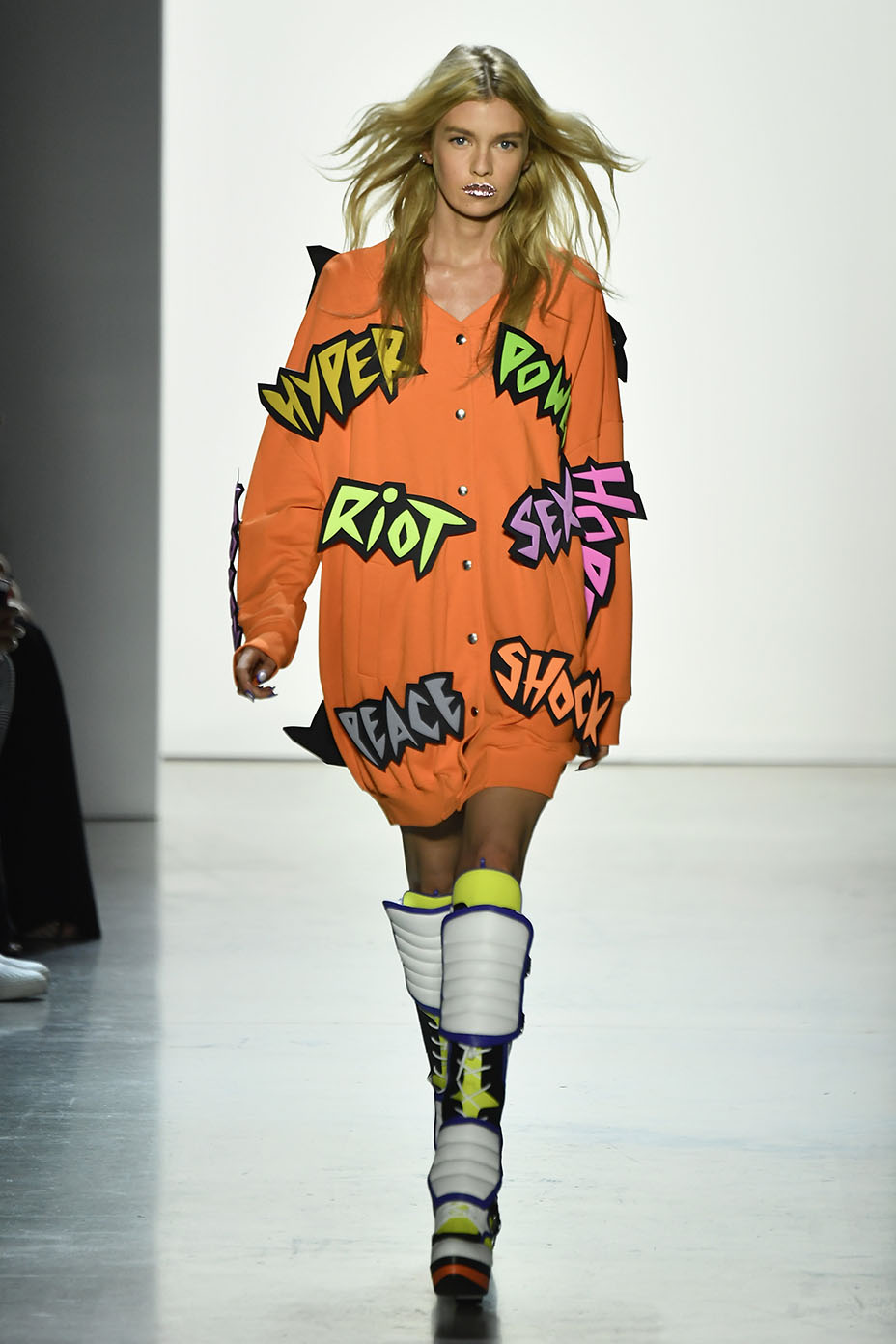 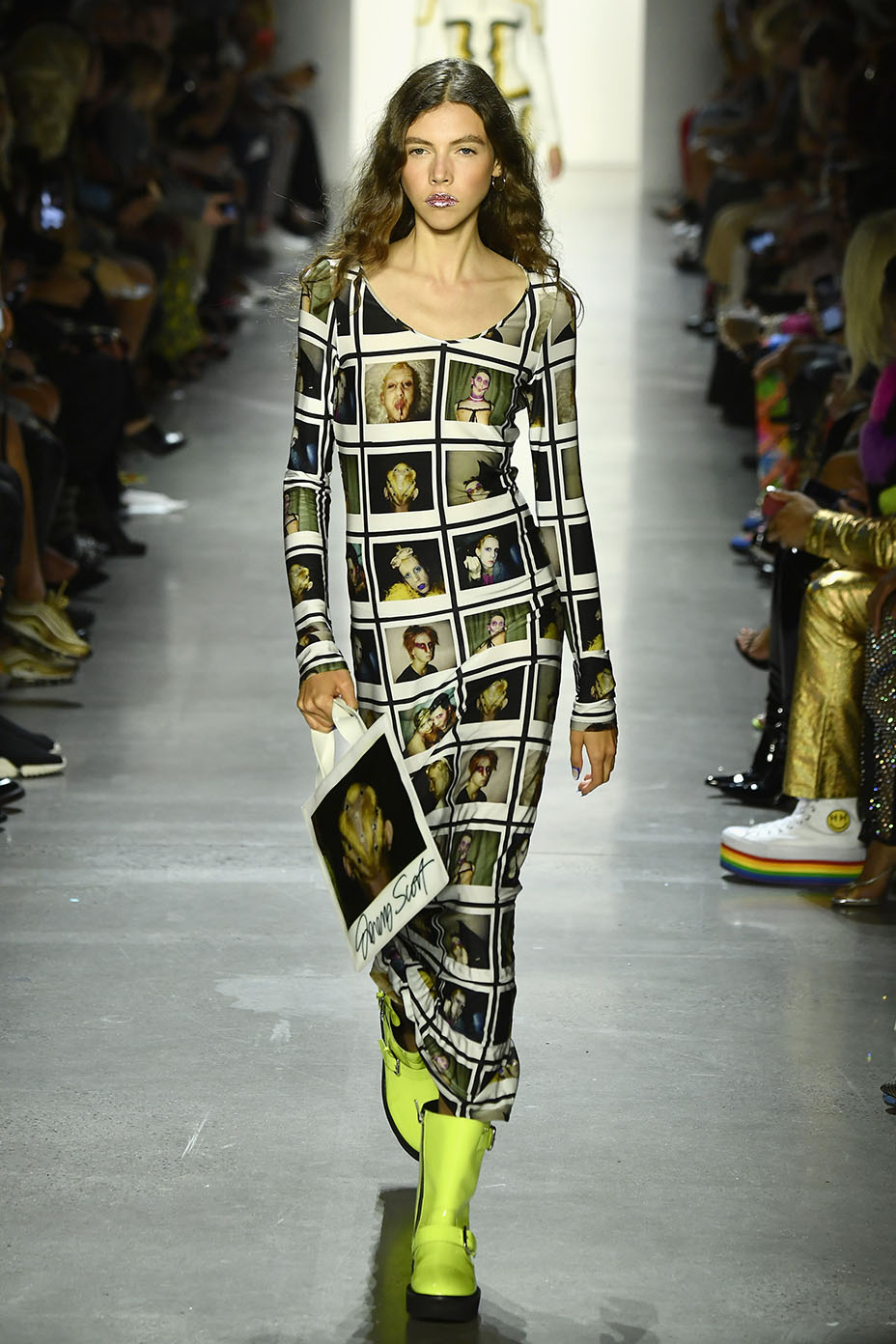 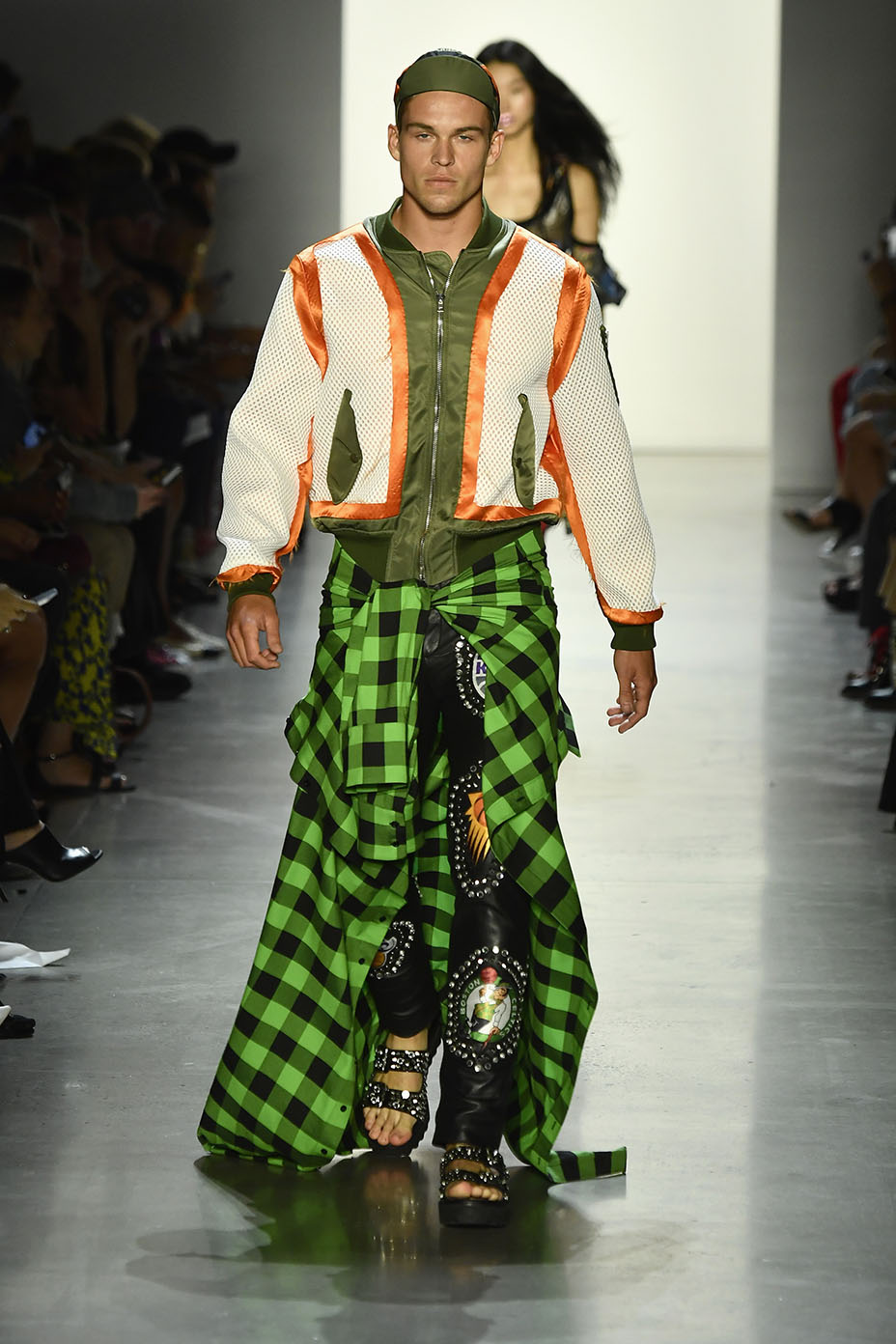 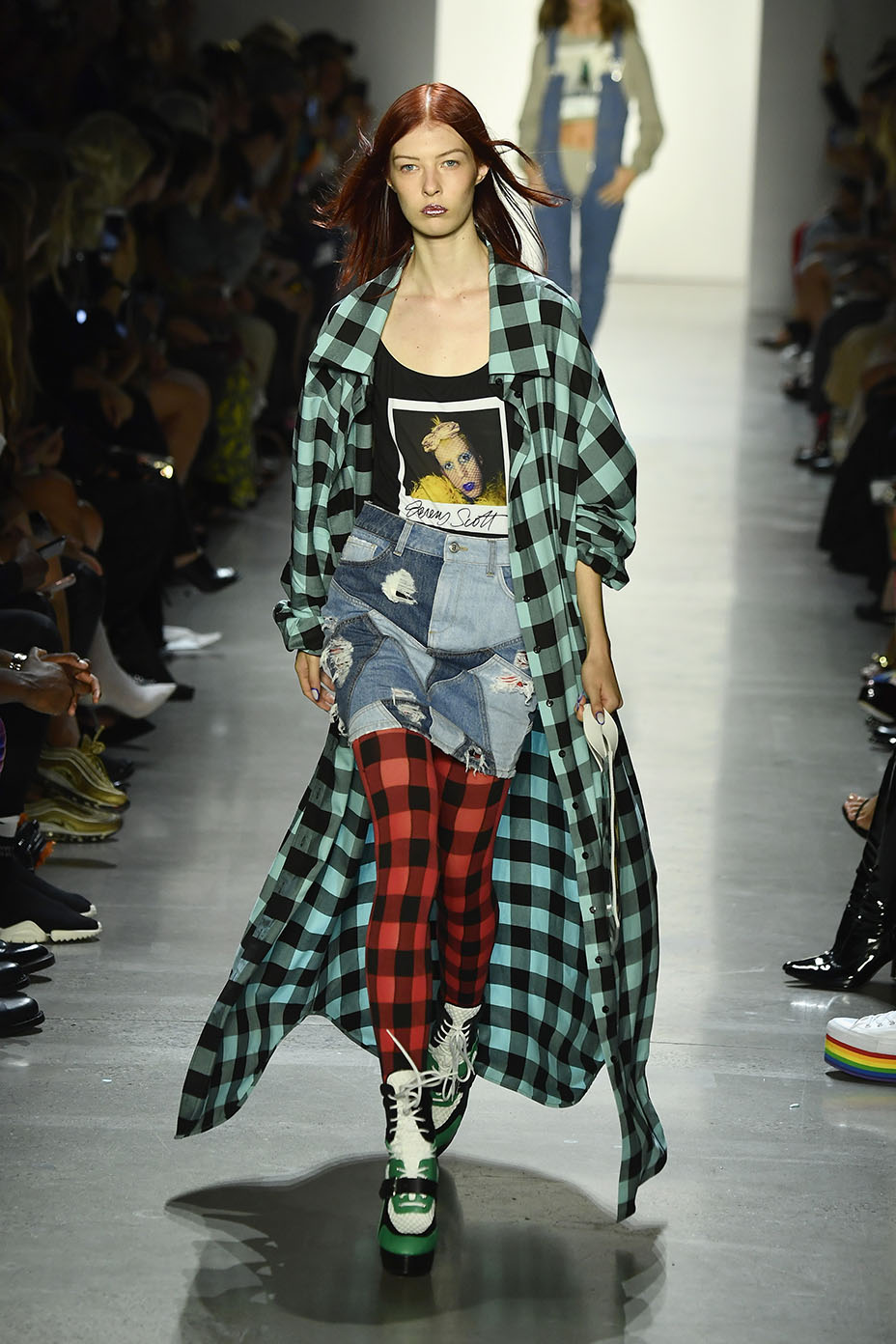