Vogue digital creative director Sally Singer didn’t waste a moment when interviewing actress and rapper Cardi B onstage Thursday afternoon at the magazine’s third annual Forces of Fashion summit in downtown Manhattan. “I gotta ask, given Bernie’s recent health situation, is he still your candidate?” Singer queried as soon as they sat down.

“Before this election, back in 2016, I did some of my research and he’s been fighting for [us] all, you know. He’s very passionate about people,” said Cardi. “Some people are natural humanitarians and they just want to take care of the world. They want to save the planet. They want to see equal rights. And he’s been doing that for a long time.”

She continued, “It’s a little tricky, now that he’s had the heart attack. I feel like people are trying to paint Bernie as this little scrawny little man, which is crazy! He’s pretty strong and very tall, you know? He’s 6’1″!  I don’t feel like, just because he has a heart attack, [that it] is a problem, right? I have asthma. Does that mean I’m not going to perform any more?” 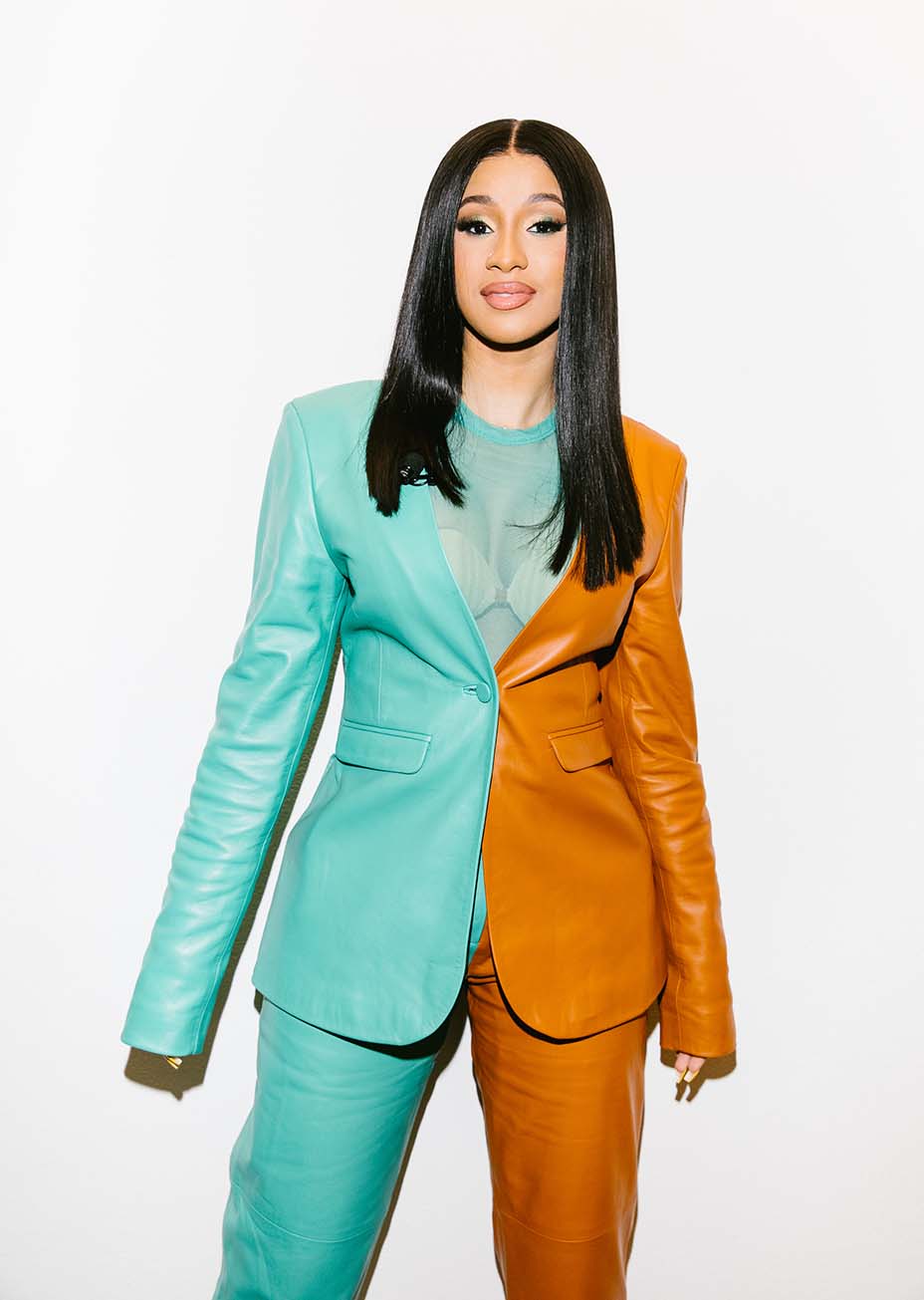 Singer followed up by asking how Cardi’s own story fit into her personal politics. “Well, [it’s] because of my background, but it’s also, like, common sense. He wants free health insurance. And he wants free education,” she continued. “I have a cousin and she has a degree. And she was telling me she was so miserable because her credit can’t get up, she can’t really get the apartment that she wants. And her credit is down because she owes for her student loans. How does that encourage people to want to go to school?”

So when did Cardi actually start to feel like “the boss,” given her many career incarnations in a relatively short time, Singer asked. “When I was a dancer and I was making my own schedule, I sometimes felt like a boss. Like, I don’t gotta listen to nobody,” Cardi said. “I was a boss when I was really in control of everything that I do. Like when it comes to my wardrobe. When it comes to when I want to release music. And then on top of that, I pay bills. That made me feel like a real boss. You know, I pay the rent here,” she said to cheers and applause.

Singer pivoted to the rapper’s recent trip to Paris Fashion Week, adding that she was definitely “the boss” there. “Paris was like another level to me, you know what I’m saying? … When it comes to fashion, the industry, they don’t care if you’ve got number one hits, all the awards. If you just ain’t styling right, they’re not gonna invite you to the shows, they just don’t care,” Cardi mused. “We work our ass off. We make sure that everything is on point, from the amount of cleavage to the tailoring. We are very particular, from the outfit to the makeup to the hair.”

Cardi met her stylist Kollin Carter on a photo shoot and said that, while they don’t always agree, they make a great team. “If we don’t get the reviews that we like or we don’t think something photographed well, that is okay. We just do another outfit.” Could she remember a look that particularly didn’t work, Singer asked. Cardi demurred, “I’m not gonna put a designer on blast.”

After a few questions from the audience, Singer announced that she had a surprise — and out came a birthday cake in the shape of the vintage Thierry Mugler gown that Cardi made such a splash in at the Emmy Awards. Credit cake designer Charlotte Neuville and her team, who spent 35 hours confecting the mini-me Cardi B, down to the turban decorated with 300 sugar paste pearls. “I’m 27,” Cardi whooped to the audience’s delight. 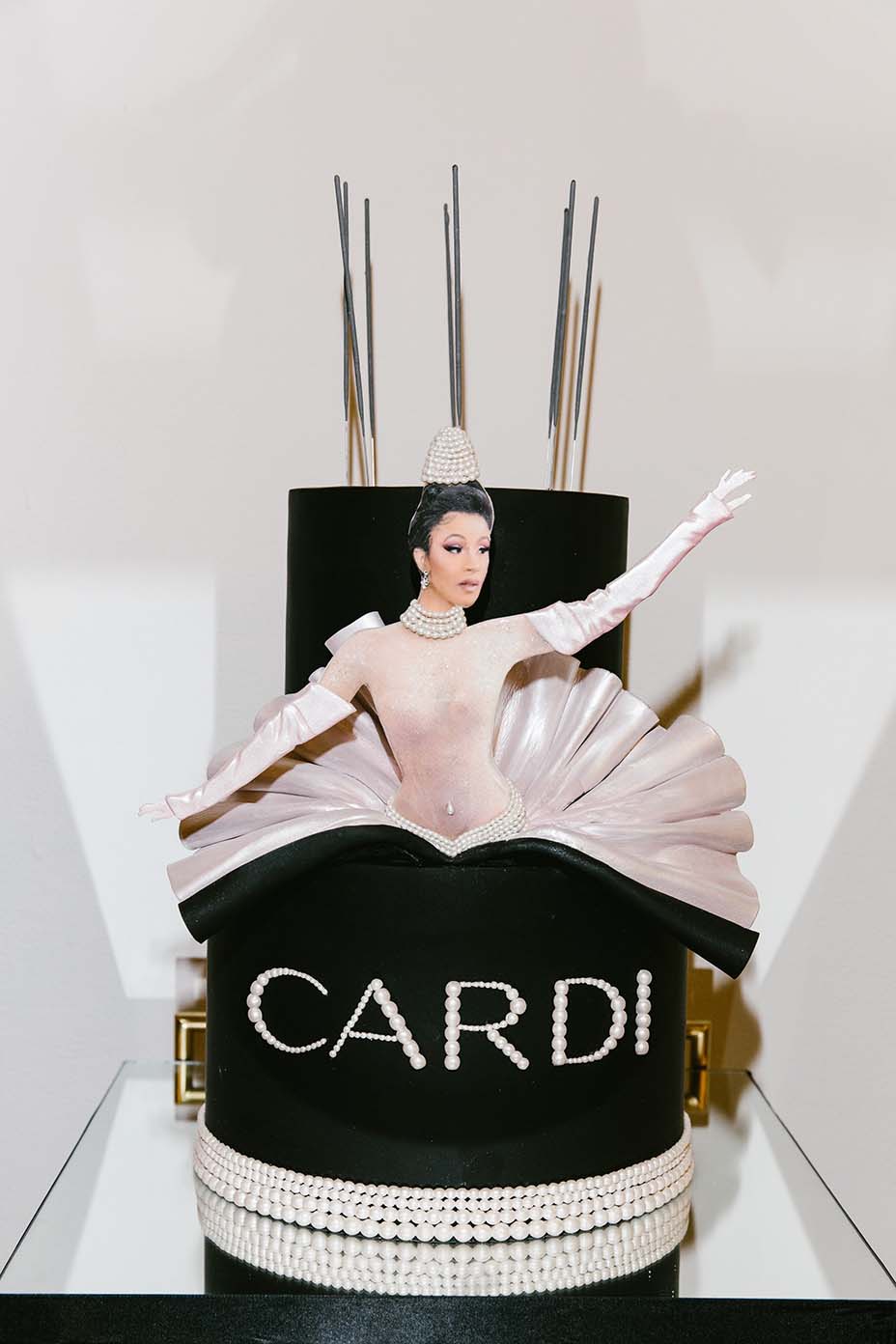