Cardi B’s stylist is speaking out against critics after the rapper wore a fur coat at Beautycon last weekend.

Kollin Carter dressed Cardi B in a vintage Paco Rabanne coat with a custom Sarah Sokol hat and Casadei shoes for her panel at the convention. But it was the fur coat that had animal rights activists upset; the People for the Ethical Treatment of Animals (PETA) posted, “Fur is never okurrrr @Cardib” next to a photo of her in the coat next to a fox captioned, “Who wore it Better?”

Los Angeles became the biggest city to ban the sale or manufacture of new fur in February, following moves by several designers to stop using the material, including Versace, Gucci, Michael Kors, Ralph Lauren, Tommy Hilfiger and Jimmy Choo. The law goes into effect in 2021.

On Wednesday, Carter broke his silence to address the criticism and call out the death threats he has received in the past few days. “How can you bash me for putting my client in fur yet I see leather products on your page, and plates of meat? If you’re going to stand for something, don’t stand on your knees and half ass. So hypocritical,” he wrote on Instagram. “PETA and their supporters are one of the most hateful activists groups out there. I’ve been called a n— and gotten death threats because I chose to put my client in fur …. ridiculous.”

It wasn’t the only controversy at the event — Cardi B arrived four hours late to her panel because of an over-booking issue. The star and Beautycon founder Moj Mahdara apologized for the delay and announced they would send gifts to attendees. 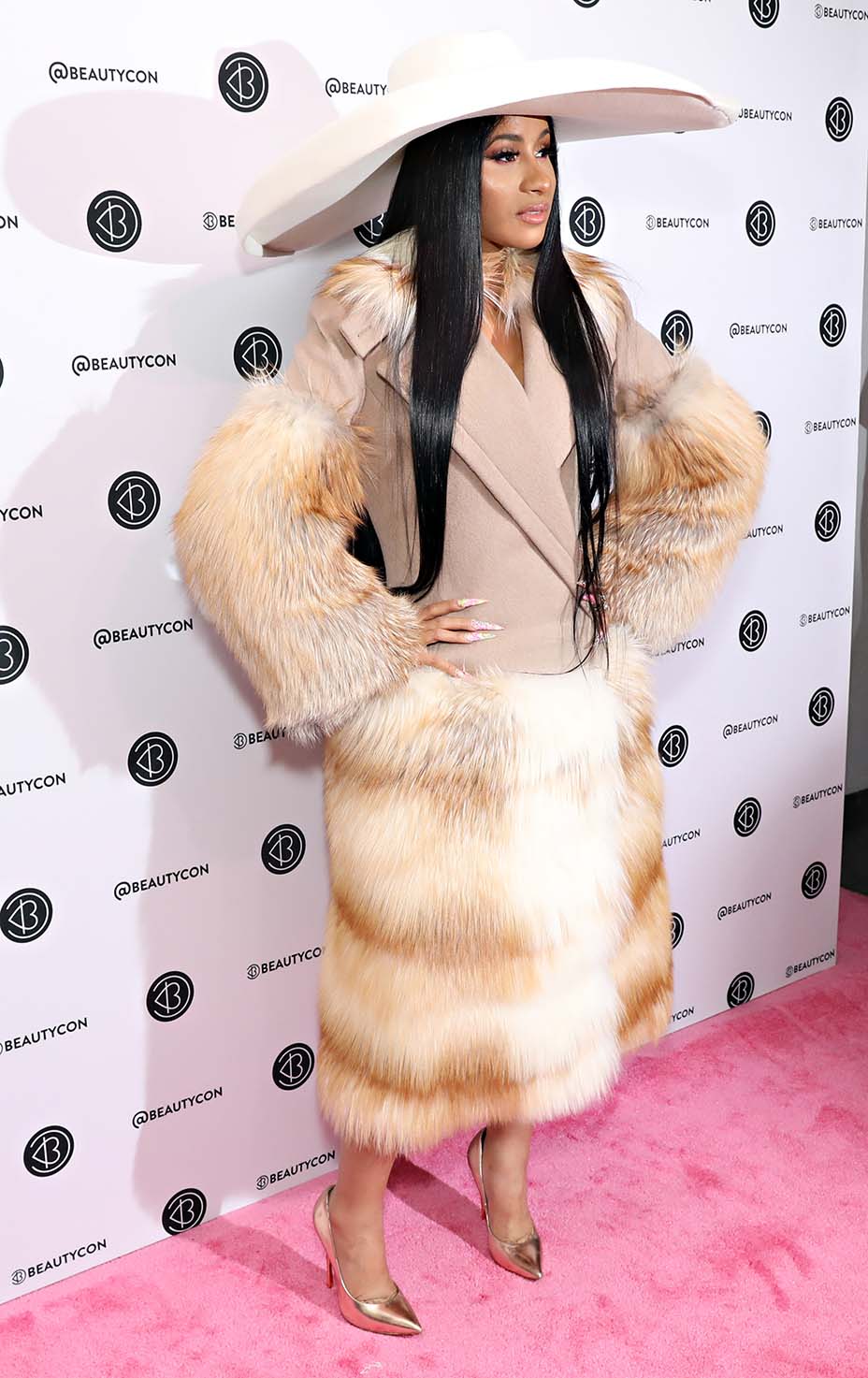