Continue to The Hollywood Reporter SKIP AD
You will be redirected back to your article in seconds
Skip to main content
August 21, 2017 4:23pm

Decades ago, Catalina Island — conveniently located just 22 miles from Los Angeles — was frequently used by Hollywood as a stand-in for more far-flung spots around the globe. The island and its waters have served as everything from a pirates’ playground in the 1933 film adaptation of Robert Louis Stevenson’s Treasure Island and the coast of Massachusetts in 1937’s Captains Courageous starring Spencer Tracey to U-boat-infested World War I-era European seas in John Ford’s 1931 film Seas Beneath. 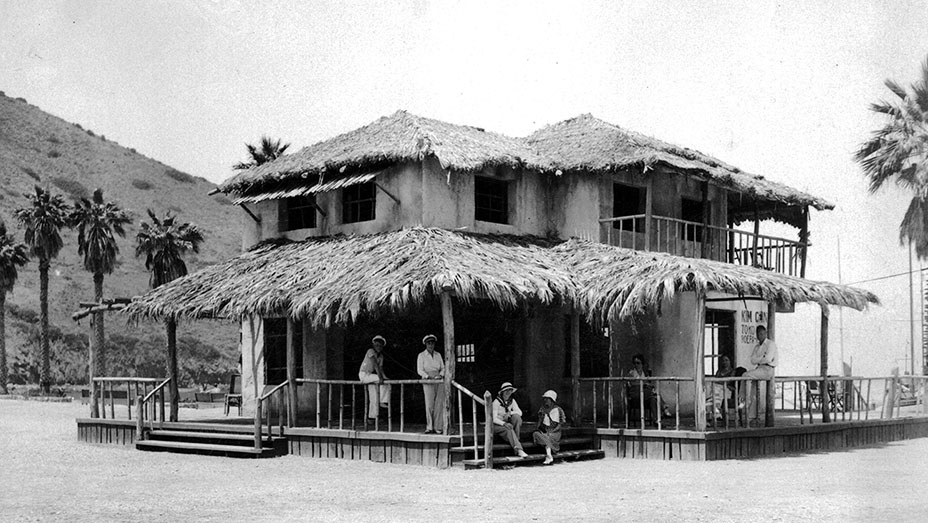 It was most popular as a double for Polynesia, which is why when the island resort decided to build its newest beach club, it looked to the South Seas for inspiration. Located in the quaint Catalina Island village of Two Harbors — where such Polynesian-island-set films as Rain, The Mutiny on the Bounty, Captain Calamity, Sadie Thompson and Isle of Destiny were shot in the 1930s — the new Harbor Sands beach area includes six thatched-roof-style palapas that can be rented for the day and seat eight people, lounge chairs and an outdoor restaurant, all set on an expanse of 1,900 tons of imported white sand. Just watch out for the aggressive crow that is always on the hunt for unattended food. 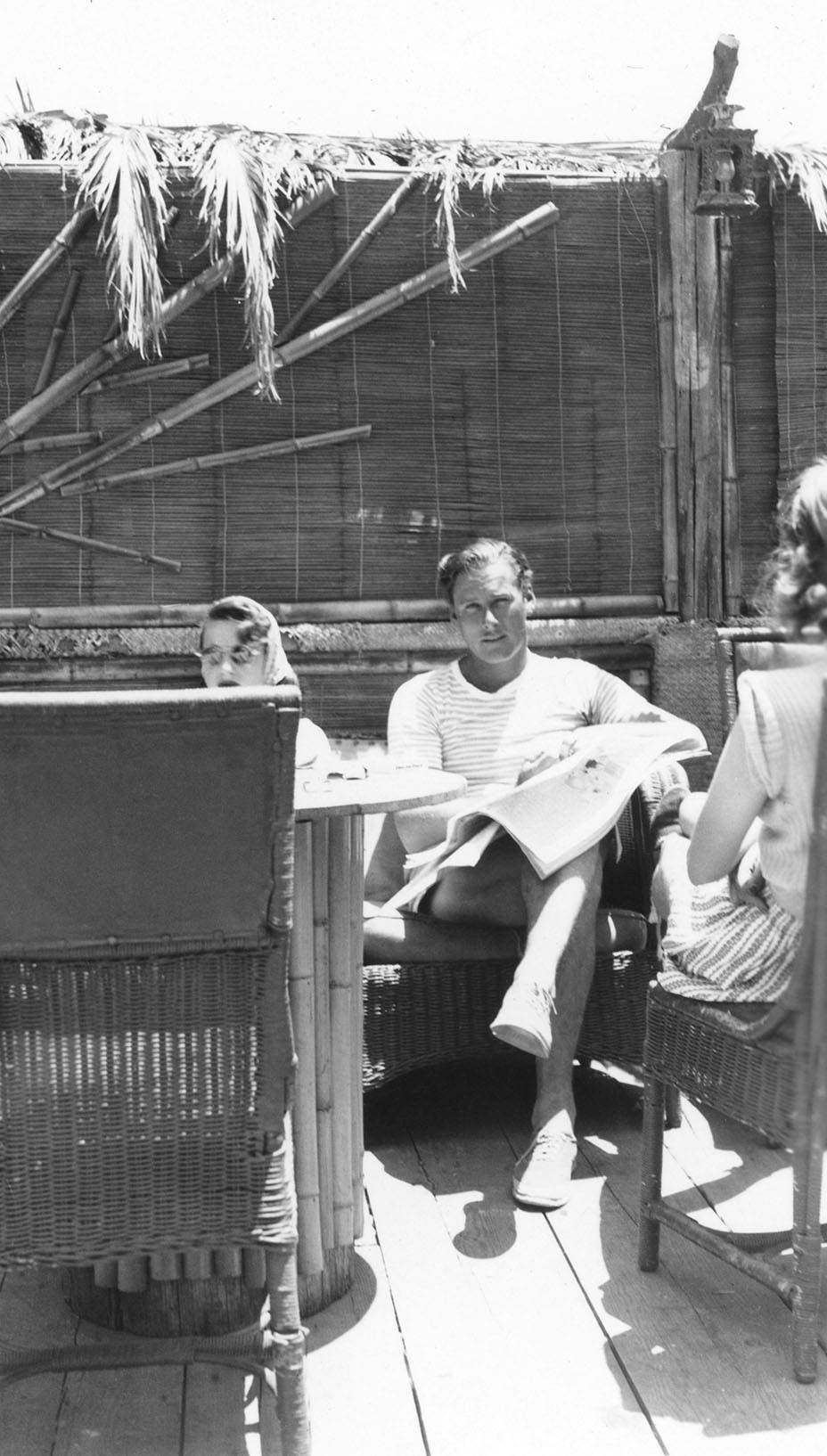 If you’ve never been to or heard of the town of Two Harbors, it’s an under-the-radar contrast to the much-more-crowded main Catalina Island city of Avalon, which has more than a dozen hotels, a zip-line attraction and its famed glass-bottom-boat tours and is located 18 miles away at the southern end of the 22-mile-long island. Two Harbors has a year-round population of only around 300 residents and is named for the two naturally occurring harbors, Isthmus Cove and Cat Harbor, which lie on opposite sides of a narrow strip of land. Only one direct ferry a day travels there from San Pedro, Calif.; travel time is a little over one hour.

There seem to be groups of kids everywhere, whether Boy Scouts or Girl Scouts there on sleep-away camp or families with children staying at the town’s campgrounds or on their own boats moored in one of the harbors. There’s a general store, equipment such as scuba and snorkeling gear and kayaks for rent, and only one restaurant, Harbor Reef, which cooks fish to perfection. 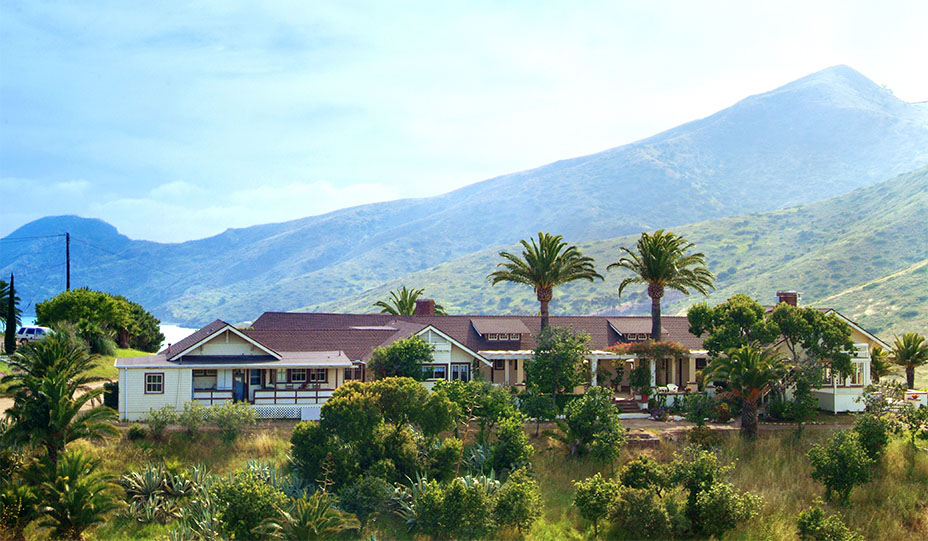 Accommodations amount to just one guest house, a 12-room bed-and-breakfast called the Banning House Lodge. It started life as a hilltop summer home in 1910 for the Banning brothers, who owned the island before chewing-gum magnate William Wrigley Jr. secured a controlling interest in the Santa Catalina Island Company in 1919. The Craftsman-style place, which has views of both harbors and is a five-minute walk from the village, has the feel of an old-time lodge with a huge fireplace and mounted animal heads in the large public drawing room.

Even with the addition of the new palapas, most of Two Harbors feels almost frozen in time. While none of the actual old movie sets remain in place, some of them did stand for a few years back in the day after filming, such as a hotel from the 1928 silent film Sadie Thompson (which starred Gloria Swanson as a prostitute in Samoa), a house from 1932’s Rain (a remake of Sadie Thompson starring Joan Crawford and a thatched-roof building that appeared in 1935’s Mutiny on the Bounty, which was set on Pitcairn Island and won the Oscar for best picture. “It was a two-story building with a wrap-around porch that was Clark Gable’s sleeping quarters during filming. After the movie company left, it became a saloon and was known as Christian’s Hut after Gable’s character in the film,” says Michele Bestudik, the Santa Catalina Island Company’s resident historian. “It ended up burning down I think in the mid-’40s and was never rebuilt.”

So much filming was done in Two Harbors that it became known in the 1930s as the Isthmus Movie Colony. “Wrigley was very open to the movie industry, particularly at Two Harbors. They built whole villages and temples and all kinds of things. He had a large dining room for all the people and all the extras. The island could take on so many different personas,” says Bestudik, who notes that Wrigley even installed a dark room for processing dailies at the legendarily beautiful Casino movie theater he built in Avalon in 1928. “That way the dailies didn’t have to be sent and developed over on the mainland.” 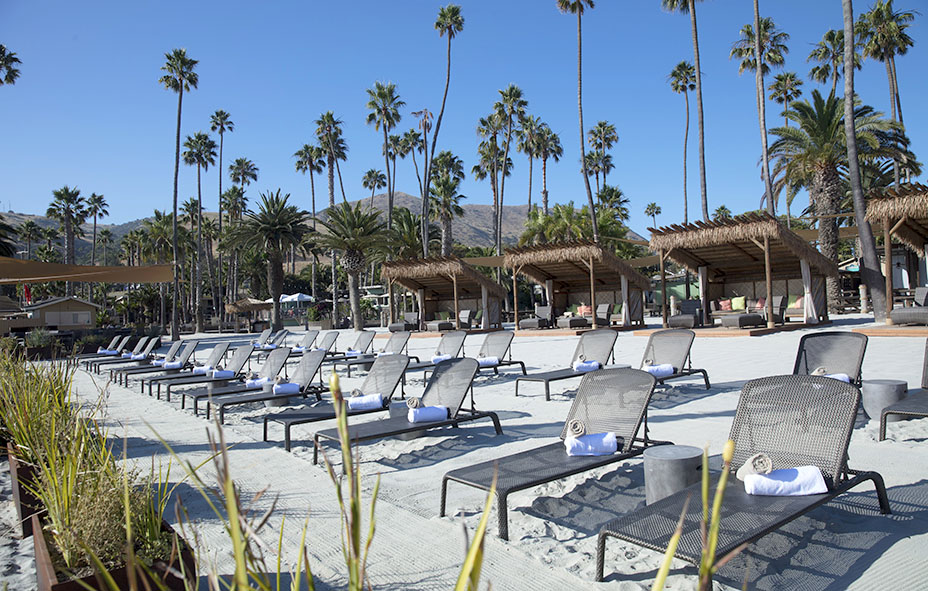 While visiting Two Harbors today won’t quite make you feel like you’re going to Polynesia, it’s easily one of the closest places to Los Angeles that feels like a true getaway from city life.