Celine Dion knows a thing or two about choosing an unforgettable gown. Remember that epic Stephane Rolland white plunge-front, puff-sleeve sartorial sculpture she wore to perform “My Heart Will Go On” at the Billboard Music Awards?

But at the haute couture shows in Paris this week, the songstress is looking for more than just gowns on the runways.

“I enjoy the moment, the vibration, the emotion, the nervousness, the anticipation,” she said before the Dior show, summing up perfectly the kind of fashion theater one expects in Paris. 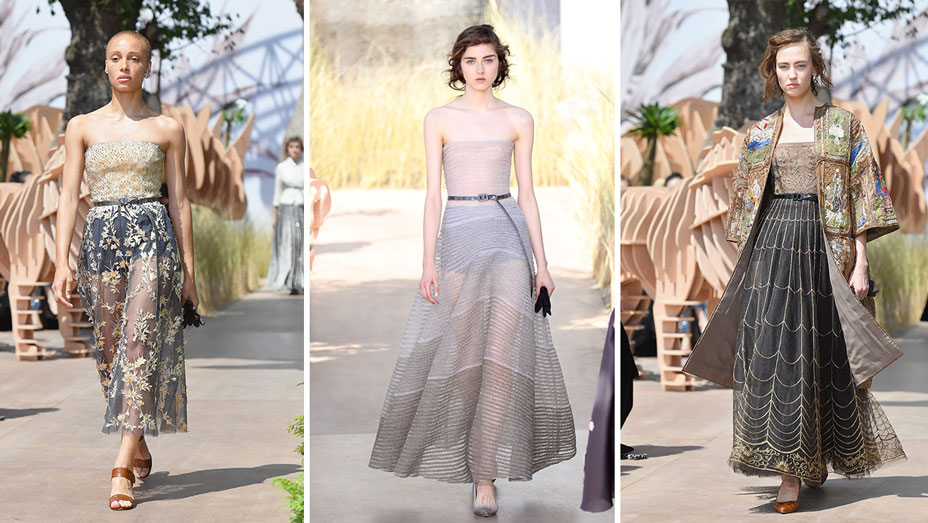 There was some of that at the shows on Monday (Iris van Herpen’s underwater singers and Ralph & Russo’s fairytale bride, for example), but at Dior, Maria Grazia Chiuri believes in a more down-to-earth elegance.

Chiuri presented her fall 2017 Dior Couture collection at the Musee des Invalides, on a set constructed of red clay and decorated with wood safari animals, designed to convey the season’s sense of adventure, with inspiration from faraway places. 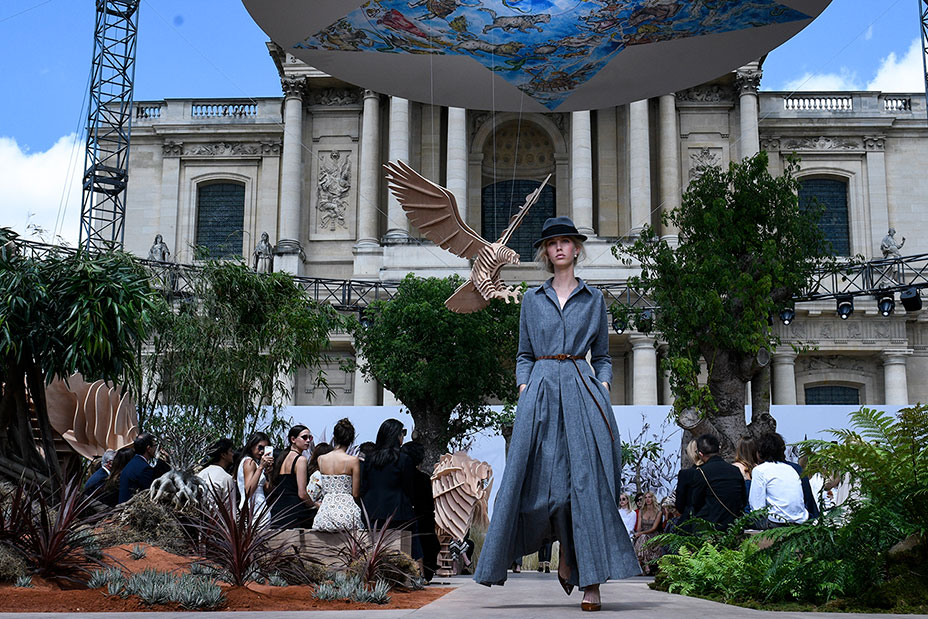 The collection felt a bit like a continuation of what Chiuri showed at her “Dior Sauvage“-themed Resort show in Los Angeles, held in an open field in nearby Calabasas, in that these were clothes for fearless females, like aviator Amelia Earhart, who it wasn’t hard to imagine rocking the shearling flight suit that was one of the first looks out on her own kind of runway.

What was most different was that Chiuri put a real focus on masculine-inspired tailoring with wool jumpsuits, and sculptural coatdresses inspired by 1940s and ‘50s Dior designs, balanced with several bohemian-looking statement coats, one embroidered with a map of the world, another made from a patchwork of multicolored velvet. 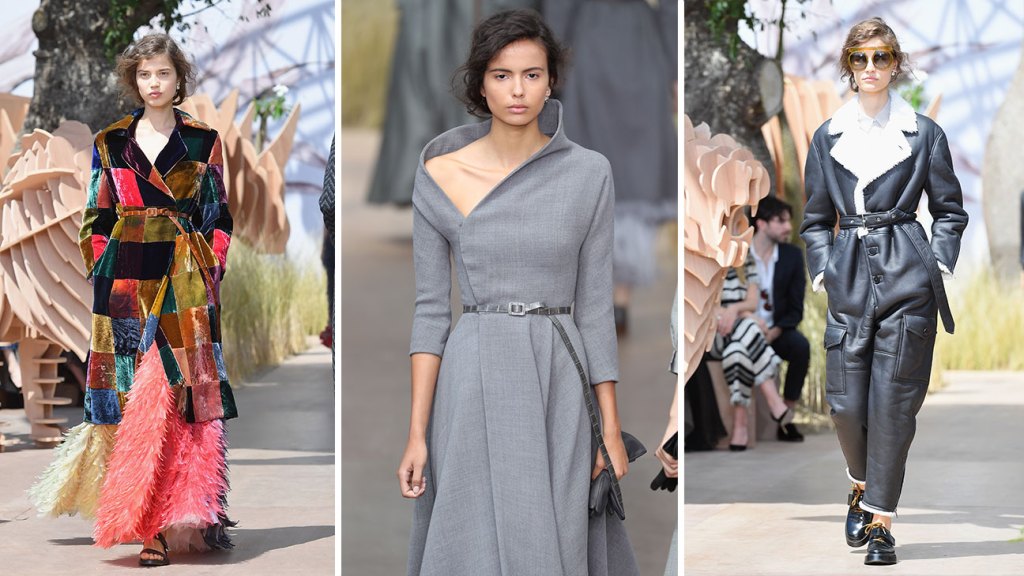 Styles referenced vintage Dior styles named “Rome,” “San Francisco” and even “Arizona,” paying tribute to the house’s expansion around the world on the same day that the French fashion giant opened a 70th anniversary museum retrospective at the Louvre’s Musee des Arts Decoratifs, which runs through Jan. 7.

For evening, Chiuri stayed the course, showing plenty of the sheer tulle gowns that are fast becoming her signature (one was worn by Bella Hadid at the Dior exhibition on Monday night), as well as sheer long tulle ballet skirts. This collection didn’t chart a lot of new territory for Chiuri, but that may have been deliberate; with just a year at the house, she’s still mapping out for the world her direction and familiarizing shoppers with the signposts. 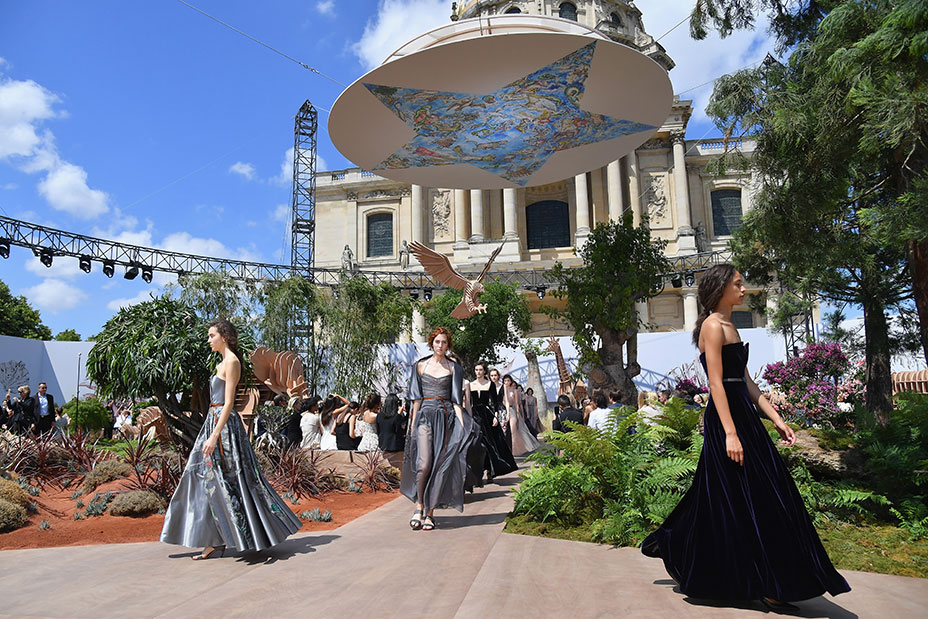