From the East Coast to the West Coast, the fashion calendar is teeming with dueling New York and Los Angeles events this week.

Alexander Wang kicked things off Sunday by getting a jump on September’s New York Fashion Week with a Wang-centric Spring 2018 spectacle at New York’s South Street Seaport, which included Kaia Gerber and Bella Hadid on the runway.

On Tuesday in L.A., Rachel Comey will show her Resort collection at the old Bullocks Wilshire building, and on Wednesday in New York, Saint Laurent will debut its Spring 2018 menswear collection. Moschino designer Jeremy Scott will close out the week on Friday night with a runway show at the Equestrian Center in Burbank, followed by an afterparty opening the Houston Brothers’ newest hotspot, Madame Siam’s. 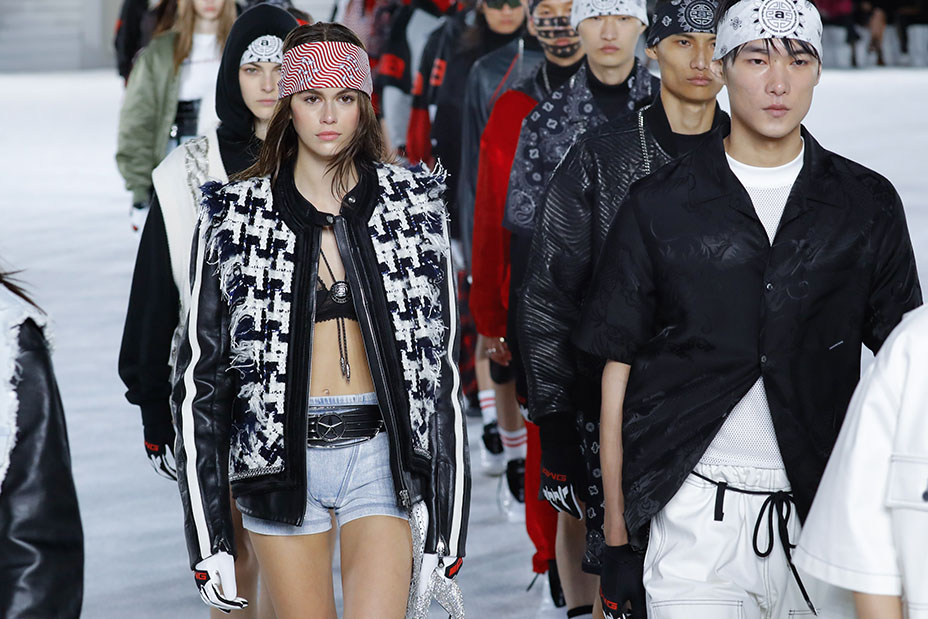 All of these events are framing Monday night’s Council of Fashion Designers of America event honoring the U.S. fashion industry’s best. And from the nominees to the location, choice of host and even the carpet under the feet of designers, models and stars, expect change and innovation at the annual awards ceremony, which is putting the spotlight on key initiatives for New York fashion’s governing body: diversity, inclusivity and sustainability.

This year, the CFDA is eschewing Manhattan in favor of hosting its trophy presentation at the Brooklyn Museum, home to such past exhibitions as a Jean Paul Gaultier retrospective and “Killer Heels: The Art of the High-Heeled Shoe.” The venue’s devotion to highlighting style and style icons — its current exhibitions include “David Bowie Is,” running through July 15 — is one reason that the space is ideal for the CFDAs, says Steven Kolb, the organization’s president and CEO. “It’s a beautiful cultural institution that explores fashion in a considered, thoughtful way, and as a venue, it’s a great place to host an event — it’s got good bones,” he explains. “Also, we’ve never done it in Brooklyn, and there’s a lot going on there culturally, in fashion, in food and so many other ways. It seemed like an ideal choice.” 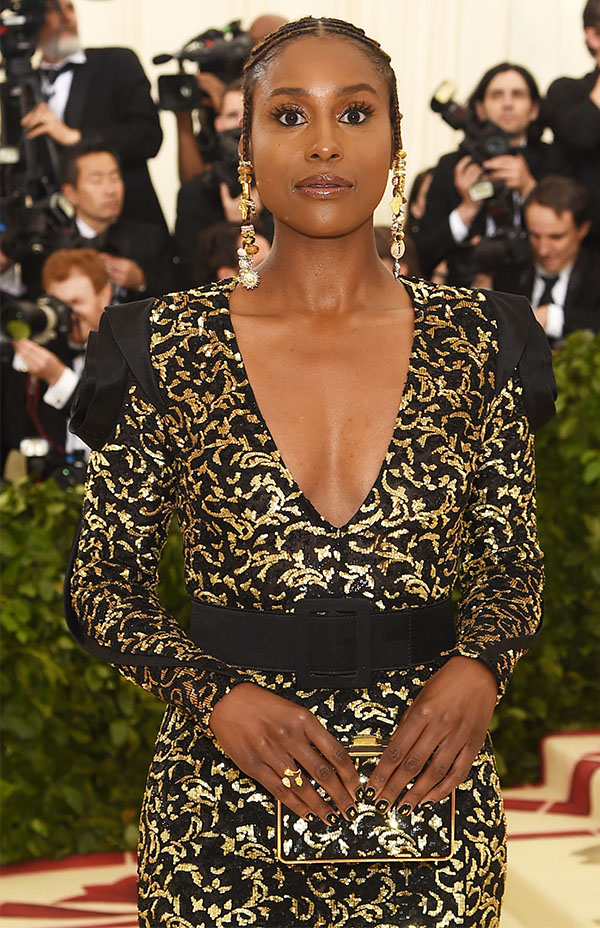 Issa Rae, creator and star of HBO’s Insecure, was tapped by the CFDA to host this year’s awards. She is the first African-American to be selected as emcee, and the first woman to take on the job in nine years. “We’re all huge fans of Issa and her show,” Kolb says. “Her voice, her ideas and the show demonstrate that she’s a modern influence, and she’s also a woman who has evolved in terms of her connection to fashion. She’s a very modern voice for a generation of women, and that made her a perfect choice as this year’s host.”

Another change to this year’s awards also highlights the increasing influence of social media: Both nominees and honorees were announced not at a typical cocktail party, but on Instagram, while Facebook Live will stream the arrivals and ceremony for the second year. “We used to get a lot of pressure from our members — ‘TV, TV, TV,’ is what we heard. We tried it one year, but it just didn’t work,” Kolb says. “It’s just not an awards show that works for mainstream audiences; it can be a bit insular.” While mulling solutions, Kolb says it was CFDA chairman Diane von Furstenberg who came up with the idea. “She said, ‘We should just stream it ourselves,’ and that’s really the perfect solution, because it really democratizes the event and opens it up to everyone.”

That’s an attitude which likewise could apply to this year’s nominees list, which includes buzzy names like Virgil Abloh for Off-White, nominated for both Womenswear and Menswear Designer of the Year; and James Jebbia for Supreme, the collab-focused streetwear brand that’s also in the category of Menswear Designer of the Year. “A nominee like Supreme is a great example of how the industry is evolving,” Kolb says. 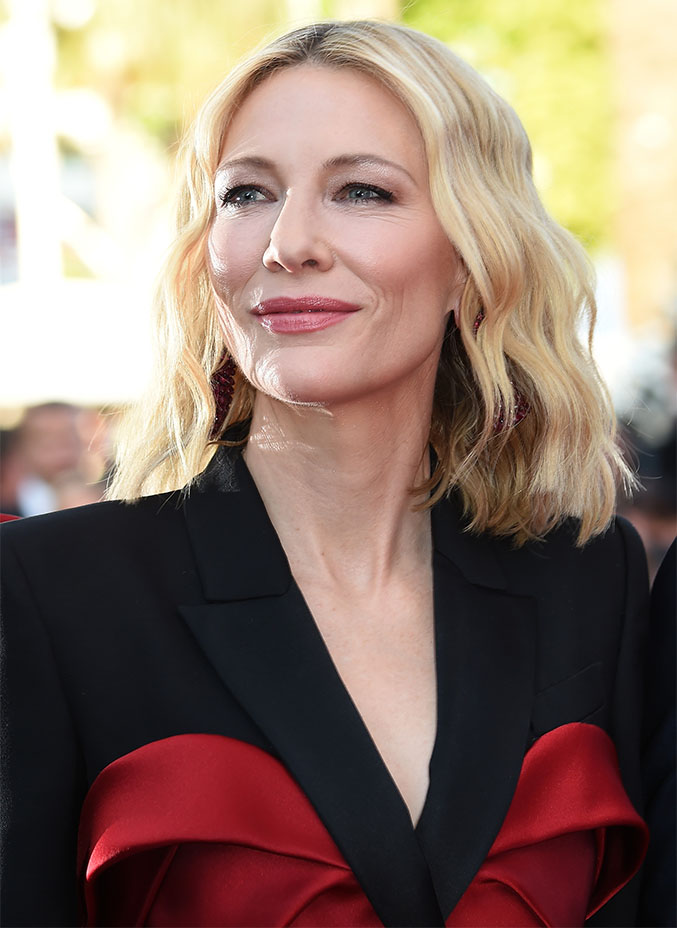 Among the honors already announced following the CFDA’s annual board meeting in March, look for Lupita Nyong’o to present the International Award to Donatella Versace and Claire Danes to introduce Narciso Rodriguez, this year’s recipient of the Geoffrey Beene Lifetime Achievement Award. “Narciso is one of those under-sung talents of fashion, someone who’s a genuine American talent and yet rarely seeks the spotlight, also because he’s so focused on his business,” Kolb says. “This year is his 20th anniversary, so it seemed like the perfect opportunity honor him.”

In a newly created category, Kim Kardashian West will be honored with a special Influencer award that will no doubt drive eyeballs to the event.

Longtime sponsor Swarovski will once again present its Award for Positive Change, given to an individual in the fashion industry who has made an impact beyond his or her work. Kenneth Cole received the inaugural award in 2017 for his work with the American Foundation for AIDS Research; this year, the CFDA board selected von Furstenberg, whose philanthropic work includes the annual DVF Awards, which awards grants to women effecting change in their communities around the globe.

Because von Furstenberg sits on the CFDA board, Kolb notes that the designer was hesitant about accepting the honor. “We had been discussing various names at the board meeting, and then someone said, ‘What about Diane?'” he remembers. “I think she was caught a little off-guard because she’s the chairman, but it’s undeniable that she’s been a great friend to both the industry and women overall. She even called me after the meeting and said, ‘Should I really accept this?,’ but her contributions to make the world a better place are undeniable.”

Walking Monday’s event likewise might feel a bit different: For the first time, the CFDA is partnering with Econyl x Ege, which is providing the night’s carpet, crafted from regenerated nylon collected from landfills and the ocean. “The awards admittedly has a pretty big footprint, and an eco focus is one of the core pillars of our work in 2018,” Kolb notes. “Carpeting made from nylon waste is a first step in reducing that footprint.”

On a night that promises several high-wattage moments, Kolb promises that the tribute to Ralph Lauren, who is being honored by the 500-plus CFDA membership as he celebrates 50 years in fashion throughout 2018, is sure to rank among the most memorable, with a video that includes Tory Burch, Reed Krakoff and Todd Snyder. “It’s a very personal segment that salutes Ralph by those who have either worked for him or who have been influenced by him,” Kolb says.

Ultimately, while the CFDA Awards will continue to highlight social issues and the need for global change and acceptance — look for these topics to be a component of many speeches — Kolb says Monday night’s celebration is always rooted in one idea: the state of American fashion. “So much of our world today reflects negativity, and fashion always has been a force for change. This is our chance to not only celebrate great talent, but also the good in our industry.”