Black Panther star Chadwick Boseman has ruled the red carpet lately, from his all-white Versace ensemble with gilded accents at the Met Gala to his all-black Givenchy couture look with elaborate silver embroidery at the Oscars. While those styles channeled superhero armor, his latest statement, at the more relaxed daytime MTV Movie & TV Awards in Santa Monica on Saturday, took the Texas tuxedo to a whole new level of cool.

Boseman went for the first runway look from the pre-spring 2019 collection by Off-White, designed by Virgil Abloh, himself a modern marvel as creator of the buzzy streetwear brand who recently catapulted himself into position as the new men’s artistic director and first African-American menswear designer for Louis Vuitton, where he will debut his first collection in Paris on Thursday. 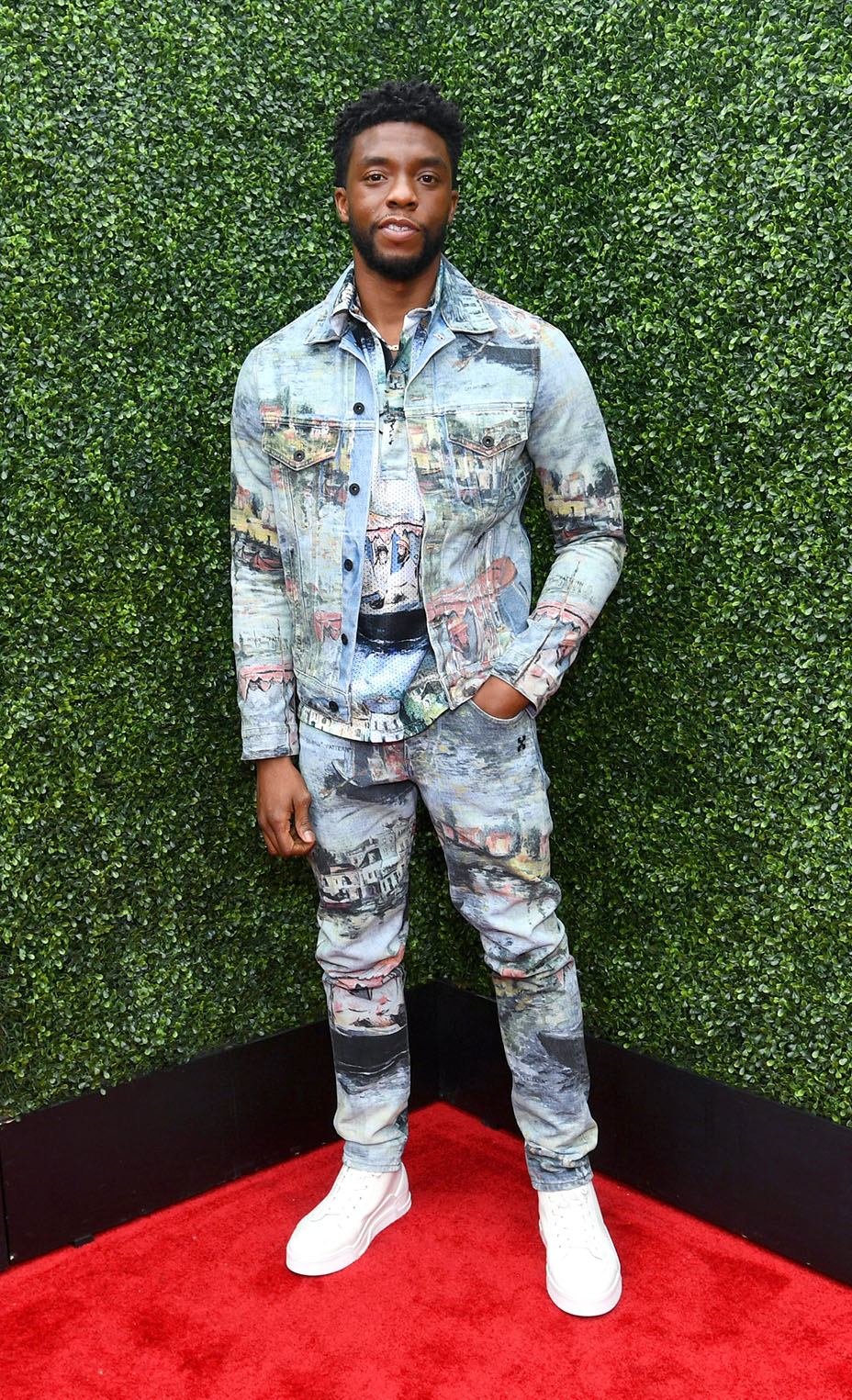 “Chadwick’s denim look has hand-painted artwork, inspired by Impressionism, as Virgil’s collection was all about art that reflects the outdoors,” says Boseman’s stylist Ashley Weston. “This awards show is so much lighter and more casual. A suit is not a look that we like doing unless it’s for a black-tie event or a premiere. I wanted Chadwick to really be himself. I showed him this look and he tried it on and it looked amazing. We’re huge fans of Off-White and Virgil’s work. It’s almost understated but a really special, out-there look that’s fantastic.”

“Chadwick and I have so much trust between us and we know what works for him and what’s true to him and his style,” says Weston. “It’s been four years together and I’m just so excited by all of the different looks we’ve achieved over the last six months. What we did on the Black Panther tour is very him. And when I saw this look, I knew that he would love it. Because the denim is already statement enough, we wanted to tone it down with the shoes so we went with beautiful all-white high-top sneakers by Christian Louboutin.”

This isn’t the first time that Boseman has sported Off-White or Louboutin sneaks (loop back to his stint as an SNL host in April). And we can’t think of better kicks to hit the ground running. May all superheroes likewise up their style game.

A Moment of Appreciation for Chadwick Boseman's 'SNL' Outfits