Chanel’s Women’s Filmmaker luncheon has always highlighted inclusiveness: Simply put, if you are a woman whose project has been accepted at the Tribeca Film Festival, then you’re also invited by the iconic French house to this annual event at The Odeon, where networking opportunities routinely have led to both new friendships and ideas for partnering on future projects. 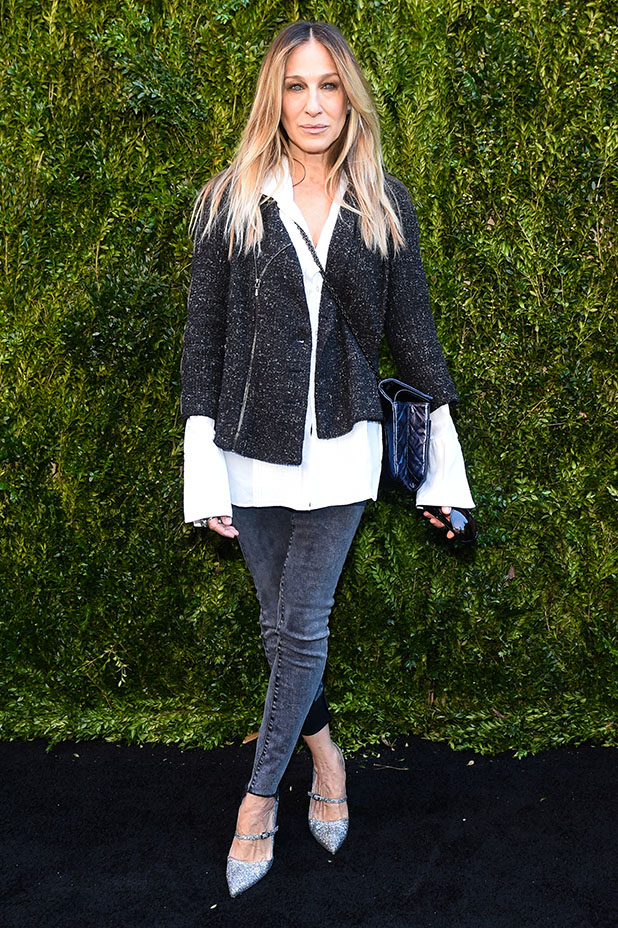 The resultant diversity is always inspiring. This year, that ranged from A-listers like Sarah Jessica Parker, Zosia Mamet, Justine Bateman and Orange Is the New Black’s Alysia Reiner, all of whom are premiering their own projects at this year’s festival, to first-time filmmakers like Brooklynite Ginny Mohler, co-director of the feature Radium Girls; Welsh-born Claire Fowler, who directed the short Salam; and Singapore-based Judith Tong, director of the short Paper Roof. “It’s been amazing to have an in-depth conversation about what was challenging about our projects, and what we’re looking forward to in the future,” Mohler said. “We’ve been able to exchange advice for the different things we’ve experienced – not necessarily as female filmmakers, but just as filmmakers.” 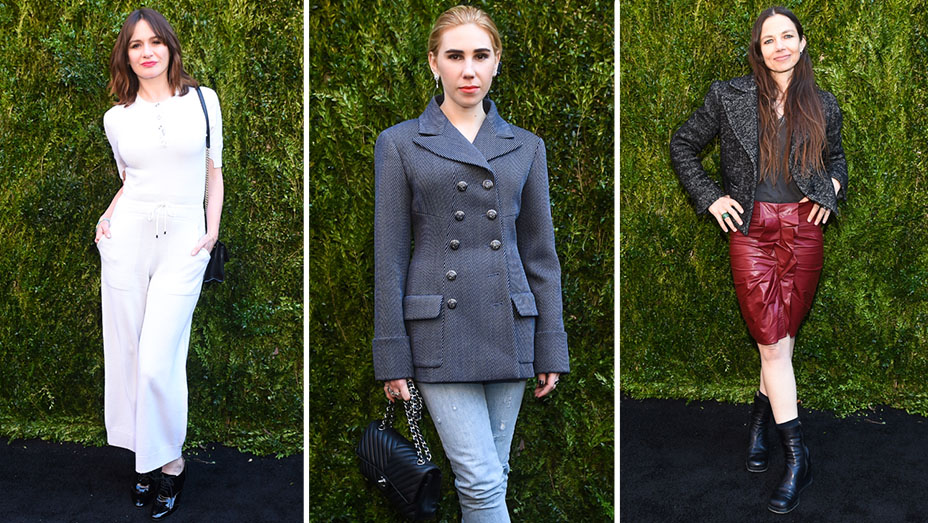 Fowler and Tong’s films premiered Thursday evening, while Radium Girls will bow Friday at 8 p.m.; Mohler co-directed the film with Lydia Dean Pilcher, who also produces, while Lily Tomlin and Jane Wagner are among the film’s executive producers. 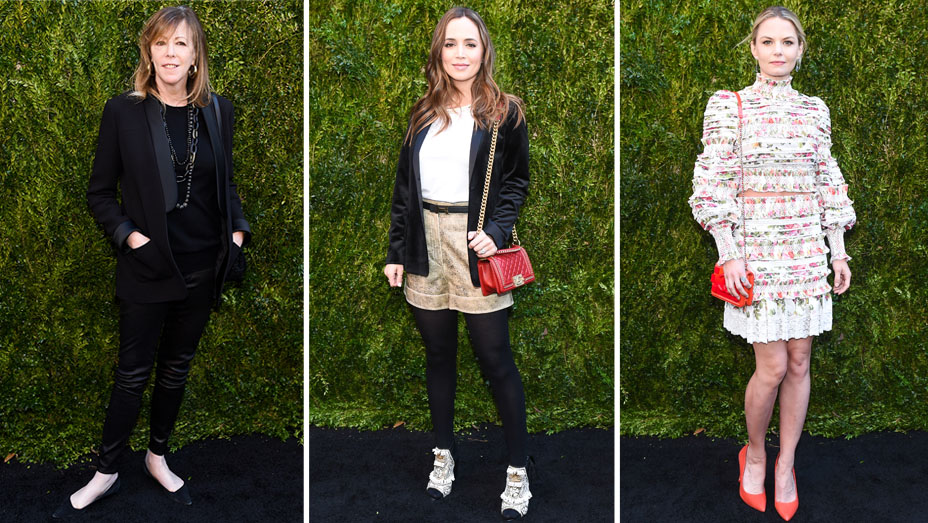 Of course, in the wake of #MeToo and #TimesUp, every aspect of this year’s Tribeca has added layers of meaning. Festival co-founder Jane Rosenthal said there was a special push this year to get the festival’s programming to a 50-50 split between female and male filmmakers. “We only got to 46 [percent], but [the selection committee] is really picky,” she said, noting later that the 43 female directors at this year’s event is the largest number in Tribeca’s history. “This year we know women’s voices are being heard louder, and we know there are more women’s voices in this room.”

Producer and festival executive vice president Paula Weinstein agreed, pausing for one moment during her speech as her eyes filled with tears. “I’m moved by the change, and everyone is here together. I’m inspired,” she said. “It’s been six months since Time’s Up, not even that. This is now a moment where we realize we have to take hands, hold hands, and bring each other along, and allow our celebrity, our pool of talent, and our work to help women who are less fortunate.” 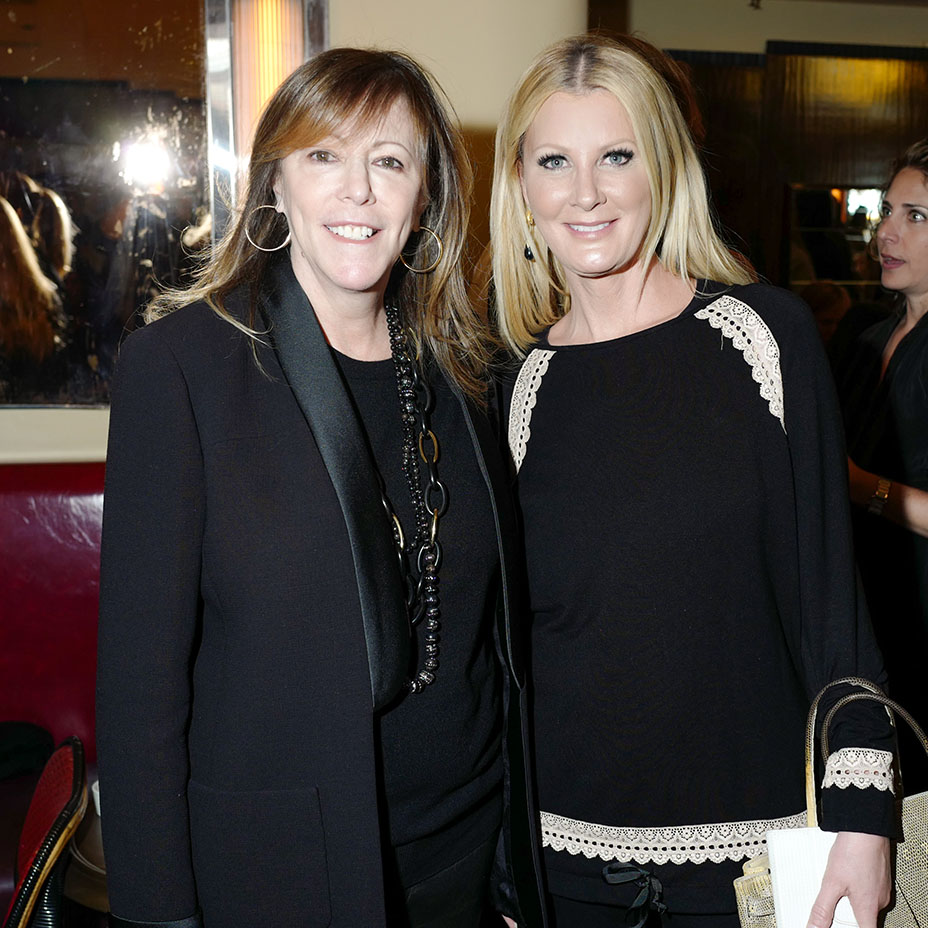 With that in mind, Weinstein also announced that an event has been added to the Tribeca schedule: a “Tribeca Talks” panel focusing on the Time’s Up movement, set for Saturday at 11 a.m. “It’s not going to be a day of rehashing terrible things that have happened to us,” Weinstein noted. “It’s a day of activism, it’s a day where we are reaching out to women, from farmworkers to movie stars to directors to restaurant workers and hotel workers. They’re all going to tell their stories and how they have fought for women’s rights within their own communities, and how strong it’s made them.”

Panelists include Ashley Judd; Amber Tamblyn; entertainment attorney Nina Shaw; Refinery29 chief content officer Amy Emmerich; and Saru Jayaraman, co-founder of Restaurant Opportunities Centers United. “I was introduced to Saru through Jane Fonda, who was having a gathering to learn more about the important work she’s doing,” Sarah Jessica Parker said. “I come from a strong union family; we were people who never crossed a picket line, and that was among the reasons I wanted to start to work with her.”

The focus of ROC United, Parker explained, is to have servers officially classified as skilled labor and to raise server wages above the current rate of $2.13 an hour. “This is unacceptable,” she said. “We’ve got some legislation in two states coming up, so we’re raising money to support that and encourage our elected officials to get behind this. [New York Gov. Andrew Cuomo] has been having some very productive conversations with Saru; she’s a very dynamic, very persuasive person. So that’s where I’ve been spending my time.”

In addition to the $290,000 Parker said she raised over the past week for ROC United, she also found time Thursday evening to attend the premiere of Blue Night, the film in which she stars and also co-produces. “We shot it in 16 days on the streets of New York for less than $2 million,” Parker noted. “Our director [Fabien Constant] is a brilliant French documentarian, our director of photography [Javier Aguirresarobe] is Spanish and we’re a production company of only women, so it’s a thrill to be included at Tribeca.” 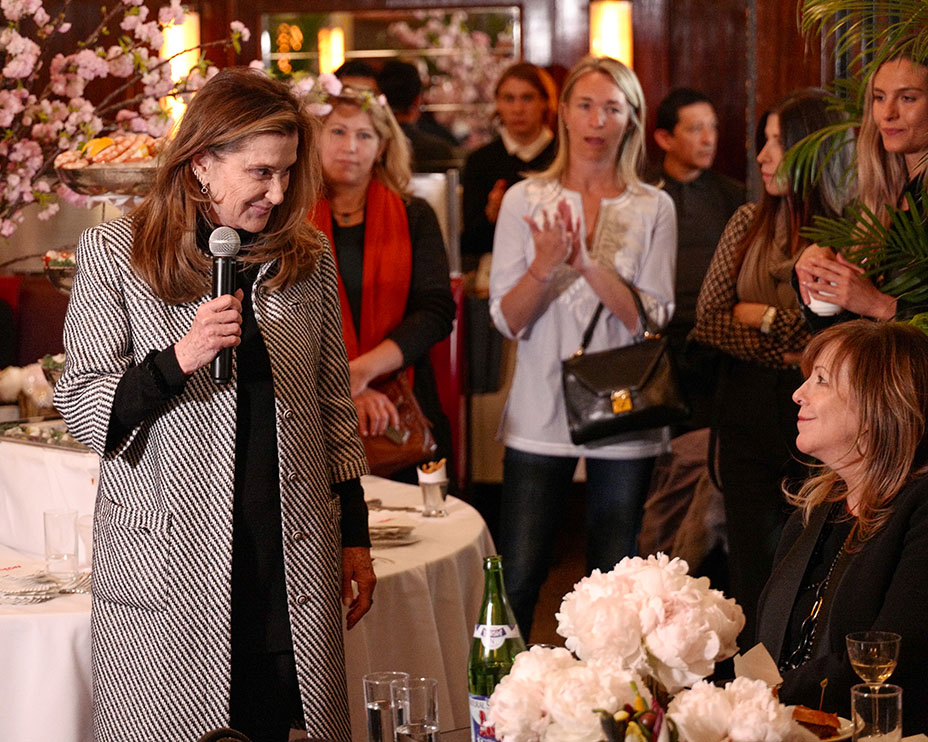 Mamet was a first-time attendee of the Chanel luncheon and said she immediately felt at home with its tone and purpose. “Something about a gathering like this just feels special and incredibly inspiring, because it’s about women getting together and putting aside the idea that we have to compete for a position in this industry,” she said. “We’re gonna do it as a team. We’re going to talk to each other and inspire each other, and we get to hear what everyone is doing. That feels really powerful to me.”

Fabled is the title of the anthology series she will premiere Monday in the festival’s Pilot Season section. The pilot episode that will screen was directed by Jennifer Morrison. “The premise is taking classic tropes and fairy tales and removing the male counterpart to allow the female heroines to be the heroes of their own story,” Mamet said, adding that her husband, actor and writer Evan Jonigkeit, penned the pilot, a riff on The Wizard of Oz and Alice in Wonderland. “It’s based off the idea that Dorothy and Alice meet in a behavioral therapy ward because they’ve both been told they’re crazy.”

Chanel also uses the luncheon as a platform to kick off its annual Through Her Lens program, designed to support female writers and directors of short films (honorees will be announced in the fall). Ultimately, this is always a packed event at The Odeon, and amid a standing-room-only crush, it’s all too easy to encounter myriad tales of scripts and what it took to bring them to fruition. “The reason I make movies is to truly tell stories that have never been told, and to tell women’s stories,” said Reiner, who both produced and co-stars in Egg; premiering Saturday, the film’s cast also includes Christina Hendricks. Reiner met Egg’s director, Marianna Palka, at last year’s luncheon.

“Hiring women is always the goal,” Reiner added. “We hired women heads of every single department, and our crew was 70 percent female. Those are statistic-breaking things. I think we’re at a seminal moment where there’s a lot of energy and enthusiasm, but now we have to harness that energy and put it into action.”