Don’t ask Justin Bartha which films he’s enjoyed most at this year’s Tribeca Film Festival. “I can’t tell you — I want to, but I can’t. We still have to vote,” he said Monday night. Known for The Hangover trilogy and CBS’s The Good Fight, Bartha is taking his position as a juror of the festival’s U.S. narrative competition wholly seriously. “I’ve seen nine films so far [out of 10 in competition], and I’m feeling a little burned out. But there are so many good stories out there, and so many are female-driven: female leads or by female filmmakers. That’s a strong trend this year.”

Chanel’s annual Artists Dinner at New York’s Balthazar always takes place on Monday evening, the halfway point of Tribeca, so it’s an ideal opportunity to assess early favorites. The Gilda Radner documentary Love, Gilda was mentioned often on the red carpet. “It’s such a powerful film about a really gifted woman,” said Keegan-Michael Key, a first-time Tribeca attendee. “I’m moved by it also because we share a history of being at Second City, but I would love it even if I didn’t have that connection. The film really captures both her warmth and her brilliance.” 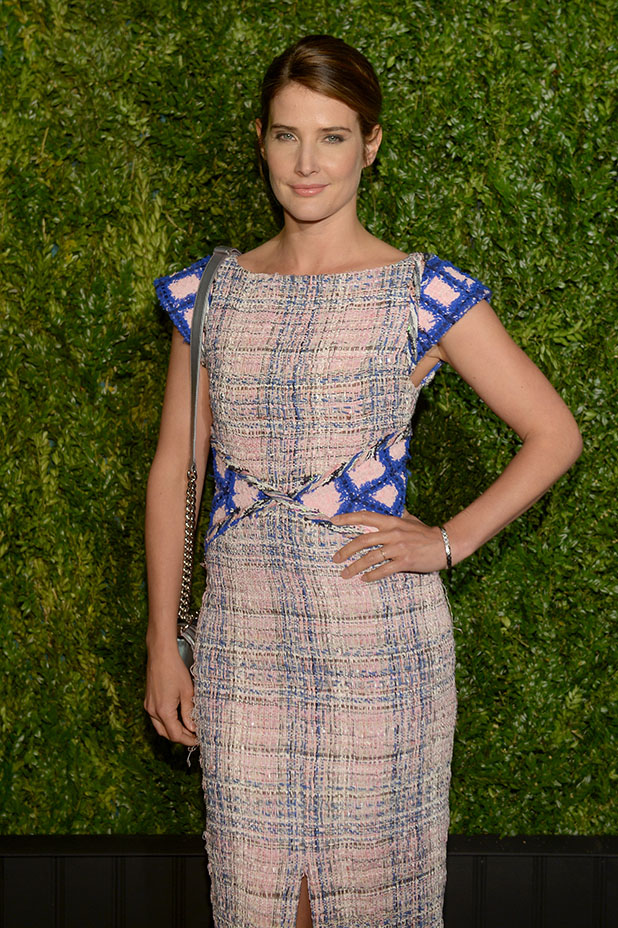 Cobie Smulders agreed. “It portrays her for what she was, a really bright, talented woman who also left this incredible legacy of helping cancer patients,” she said, referencing the Gilda’s Clubs founded in Radner’s memory following her death from ovarian cancer in 1989. Wearing a “fantasy tweed” dress from Chanel’s spring 2018 collection, Smulders noted that she had to skip Monday night’s high-wattage Avengers: Infinity War premiere in L.A. because New York filming just commenced on the second season of Friends From College, the Netflix series that also stars Key. “I think a lot of people are going to be really surprised by how funny this new season is,” she added.

This annual dinner hosted by Chanel is designed as a hat tip to the artists who contribute original works as trophy awards for the festival’s winning filmmakers. “It’s never fun to get a hunk of just plastic or metal; why not get a really cool piece of art, right?” said Brooklyn-based artist and Pioneer Works founder Dustin Yellin, who has crafted collages and sculptures for past festival winners. “Everybody lets me do what I want, and I’m both a huge friend and a fan of [festival co-founders Robert De Niro and Jane Rosenthal], and Chanel as well, because they’ve supported us at Pioneer Works for years. It’s like one big family.” 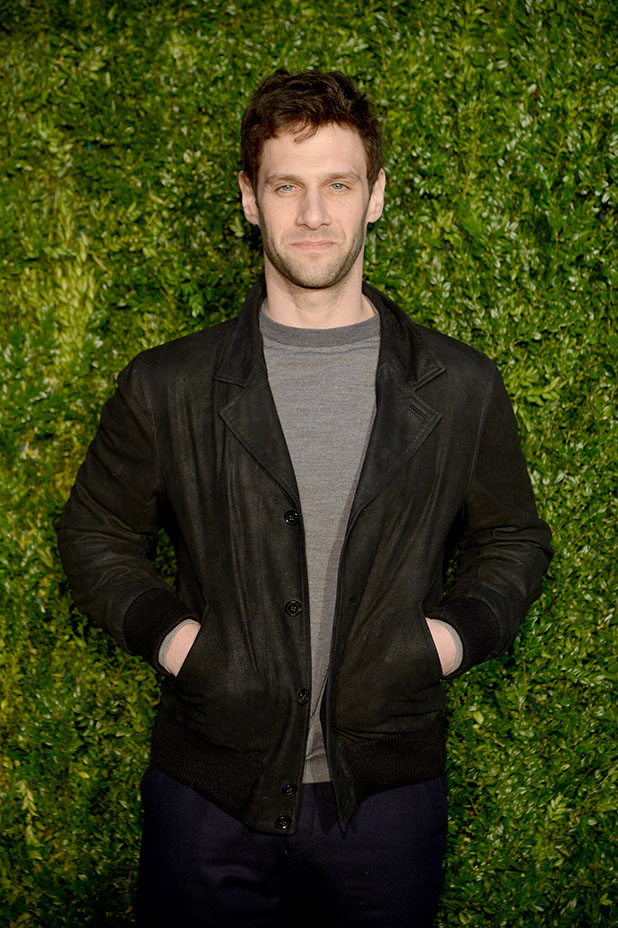 Ultimately the attendees were a great amalgam of the A-listers you might encounter throughout the festival, an art-meets-film-meets-fashion crowd that included Jeff Koons, John McEnroe, Patty Smyth, Spike Lee, Emily Mortimer with Alessandro Nivola, and Katie Holmes solo (those anticipating a Jamie Foxx sighting were disappointed, as the actor was a no-show). But it was De Niro who caused the biggest frenzy on the red carpet when he arrived with Harvey Keitel and Lenny Kravitz, who chose to highlight the current denim-on-denim trend in a patchwork poncho with matching bell bottoms.

The ladies were all sporting Chanel, of course — with the exception of festival vice president Paula Weinstein, who opted to wear Tom Ford. Maude Apatow, in a crisscross-halter minidress from spring 2018, easily was the most excited about wearing the iconic French label. “I’ve never worn it before, so it’s pretty amazing,” said the 20-year-old daughter of Leslie Mann and Judd Apatow; she also admitted to being a little nervous. “It’s not my first time walking the carpet alone, but I know I have to get used to it.” Apatow will soon appear in the thriller Assassination Nation, which also stars Suki Waterhouse and is set for a September release. 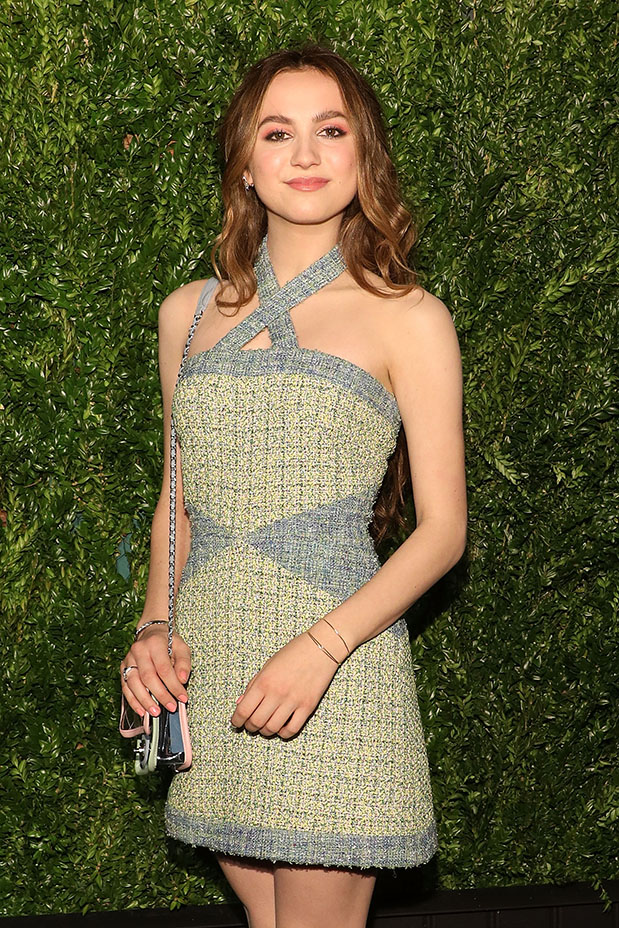 Floral designer Bronson Van Wyck transformed the Parisian-style bistro into a garden-like setting, framing the tables and banquettes with bouquets of roses, lilacs and tulips and oversized arrangements of cherry blossoms. The menu was classic Balthazar — salad, steak frites, profiteroles, and a passed dessert plate that included petit fours adorned with Chanel’s double-C’s — while at every seat guests also found an art book as a gift, coffee-table tomes that extolled the virtues of Andy Warhol, Cindy Sherman, Richard Prince and others. The variety led to impromptu trades if you didn’t happen to be into the artist at your seat. “There was some definite bartering going on at our table,” Griffin Dunne said, a stack of books under his arm as he departed.

Ultimately this melding of art, film and fashion wasn’t exclusive to Monday night’s dinner, Weinstein said, pointing to another popular documentary entry, McQueen, which premiered at the festival Sunday night. “I’m moved by storytellers, and people like Coco Chanel and Alexander McQueen told stories through their work all the time,” she noted. “What is so brave for an artist, any artist, is to really have a vision and to see it through.”