In a bizarre double-header, Julien’s Auctions is offering outfits worn by Cher and Sharon Tate to bidders beginning Nov. 17 in their Icons and Idols: Hollywood, Street and Contemporary Art auction. Along with Marilyn Monroe’s jet black 1955 Thunderbird convertible, these are the headliners at an eclectic auction also featuring street art by Banksy, Shepard Fairey, Invader, Retna and even a coat belonging to Jean-Michel Basquiat.

“We sort of talked about doing this a year and a half ago,” legendary designer Bob Mackie tells The Hollywood Reporter as he takes a break from The Cher Show, in previews on Broadway. Back in Beverly Hills for a few days, he is at the Standard Oil Building showroom overseeing the installation of outfits he designed for Carol Burnett, Julia Louis-Dreyfus, Raquel Welch, Lauren Bacall and, of course, Cher before the sale. “We picked out things that were fun, ones that I actually own, cause Cher owns all of her stuff. So, I have them for one reason or another. I didn’t steal them!” 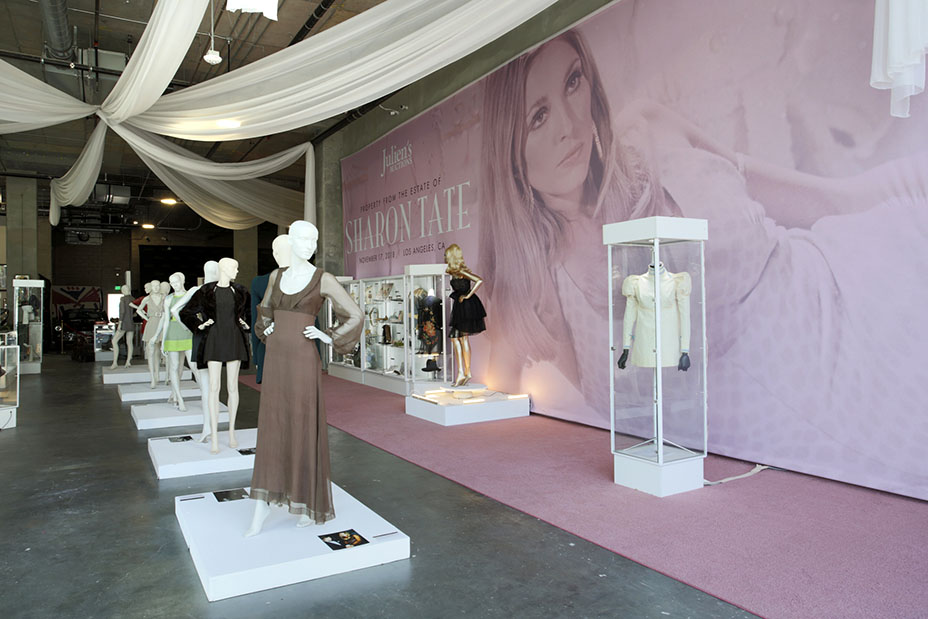 Cher made headlines at the 1974 Academy Awards in a hand-painted silk ensemble with a cape, bandeau top with a scarf, and low-waisted layered skirt, up for bid at $4,000-$6,000. Also on hand are gowns made for Burnett as well as costumes from The Carol Burnett Show, on which Mackie worked in the 1960s. It’s where he met Cher, who hired him to do outfits for The Sonny and Cher Comedy Hour (also up for auction), with Mackie working both shows simultaneously. He went on to pick up nine Emmy Awards and three Oscar nominations over a career spanning 50 years.

Style Notes: Bob Mackie to Design for 'The Cher Show'; Donatella Versace Will No Longer Use Fur

“Oddly enough, they’re so different and yet there’re so many things about the two of them that are exactly the same. They’re both smart and both have great instincts, and yet they were the same exact size. You’d never think they had the same figure,” Mackie says of Cher and Burnett. “If Carol thought it would be too naked, she’d be, ‘Nnnnaaa.’ Cher, she’d put anything on.” 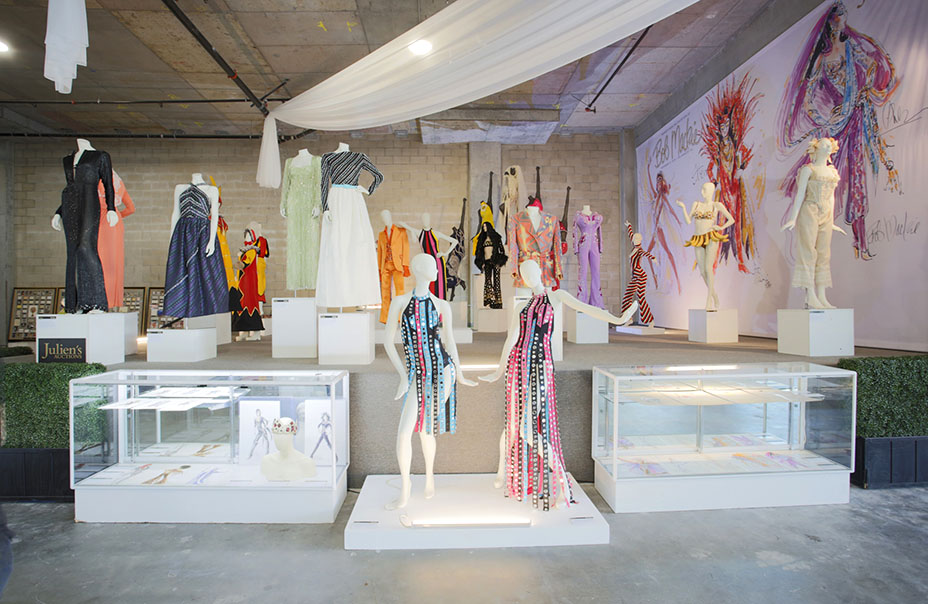 That includes the “nude” dress that she wore to the 1974 Met Gala. “I said, ‘What do you want to wear?'” he recalls asking Cher. “I wanna wear my nude dress,” was her reply, referring to a sheer beaded gown (not up for auction) with white feathered sleeves and matching trim that left little to the imagination. “You’re new dress or your nude dress?” Mackie asked. “And she wore it. And, of course, she was in every newspaper the next day. She’s not a dumb girl.”

Also underestimated is the owner of the black Thunderbird ($300,000-$500,000), parked across the showroom, which Monroe drove for six years before gifting it to acting coach Lee Strasberg’s son for his 18th birthday, mere months before her suicide. Items belonging to a another tragic figure from the ’60s are on display a few steps away, including Sharon Tate’s wedding dress, an ivory silk moire mini ($25,000-$50,000), worn to her 1968 marriage to Roman Polanski in London.

“It’s horrible. Extremely,” Sharon’s sister Debra Tate says about parting with items belonging to the deceased starlet. Debra’s keeping some mementos, including a purse and a compact, but will have a hard time saying goodbye to black-and-white photos of her sibling with Dean Martin on the set of their 1968 comedy, The Wrecking Crew. “These pictures were in my bedroom forever and they were in hers. They were fixtures in my life every day.”

Sharon Tate began her career in the early ’60s, getting her first real exposure as a bank secretary in the popular series The Beverly Hillbillies. She starred in the 1966 occult movie Eye of the Devil before being cast by Polanski a year later in The Fearless Vampire Killers. After marrying the director, her most famous title was the cult classic Valley of the Dolls. But her career was cut short when she was murdered by followers of Charles Manson on the night of Aug. 9, 1969. 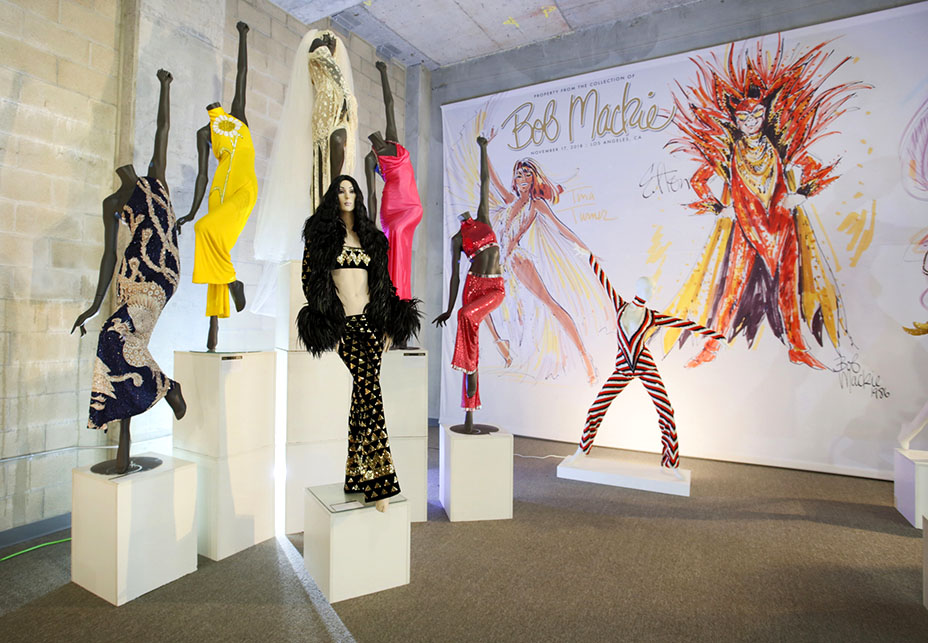 The case plays into Quentin Tarantino’s Once Upon a Time in Hollywood, due out next year on the 50th anniversary of the Manson murders. Debra Tate is grateful to the filmmaker for reaching out to her, since she owns her sister’s intellectual licensing rights, calling the film “brilliant.” But she’s a little leery of the gruesome murder that overshadows the life and career of her sister.

“I want people that will love these items for all the positive reasons, not for the ghoulish reasons,” Tate says as she looks forward to the auction. She has been harassed by Manson fans, some even breaking into her house to steal items belonging to her sister. “The reality is that we might get a few of those people. But I’m hoping everything will exceed the budget of the gruesome, ghoulish type of people.”