After finding mainstream success with Kick-Ass at the young age of 13, Chloe Grace Moretz made a choice about how to handle her fame.

“I could either sit there and hock free stuff, or I could sit there and get my opinion and get my point and educate myself on certain things that I think are important for young women and this industry,” the 20-year-old told reporters Tuesday night while celebrating the Forevermark Tribute Collection with Chrissy Teigen, Zendaya, Freida Pinto and Ashley Graham in Manhattan. “I use [my voice] for the better.”

The actress has used her platform and audience of 13.6 million followers to raise awareness about issues she feels passionate about, which, exactly one year ago, included Hillary Clinton’s presidential campaign. On Tuesday, the anniversary of Clinton’s loss, Moretz reflected on the importance of Election Day, 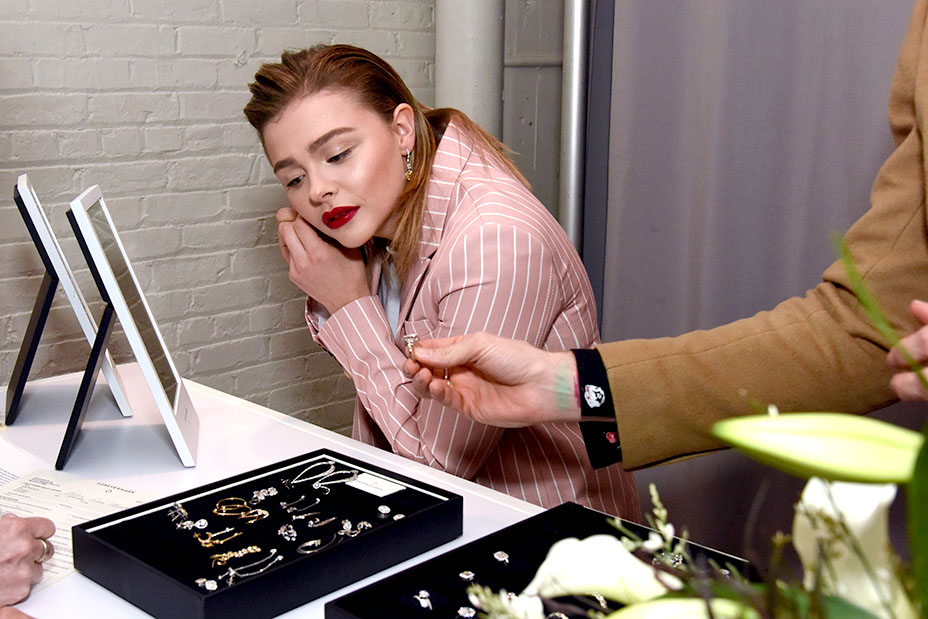 “It would be a shame to see [the results] fall to the Republican side right now, especially with how intense the conservative side has been lately, but I ultimately hope that people get out there and vote, whether you’re a Republican or a Democrat,” she said. “A lot of people my age really, really take [voting] for granted; they try to make change by posting Instagram posts, and that sounds great, but the only way you can really make change is to get to the polling box and cast your ballot.”

On a lighter note, the actress also spoke of her currently on-again relationship with eldest Beckham spawn, Brooklyn Beckham. Even after time apart, the lovebirds fell right back into step after rekindling their romance earlier this fall, and even stepped out in matching denim ensembles on Monday evening.

“We share a lot — well, I share a lot … I steal a lot of his clothes,” Moretz confessed with a laugh of their similar style. “I think he’s adorable. I give him good facial products, and I take his jackets.” At the Forevermark party, she donned a pink pinstripe suit by Brooklyn’s mama, Victoria Beckham, whom Moretz calls “one of the most incredible, important, smart sophisticated businesswomen and mothers I’ve ever met.”

Also attending the Forevermark Tribute Collection event, which celebrated unique and independent women, was Halima Aden, the first hijab-wearing fashion model to be signed by IMG. The 20-year-old remarked of her whirlwind year, which included a Vogue Arabia cover and gigs with both Kanye West for Yeezy and Rihanna for Fenty Beauty: “I grew up in a refugee camp so far away from having the privilege to even wear a diamond. So being here [with Forevermark] today, it’s just like, ‘Oh, my God, am I really here?’ It feels like one of those ‘I made it’ moments.” 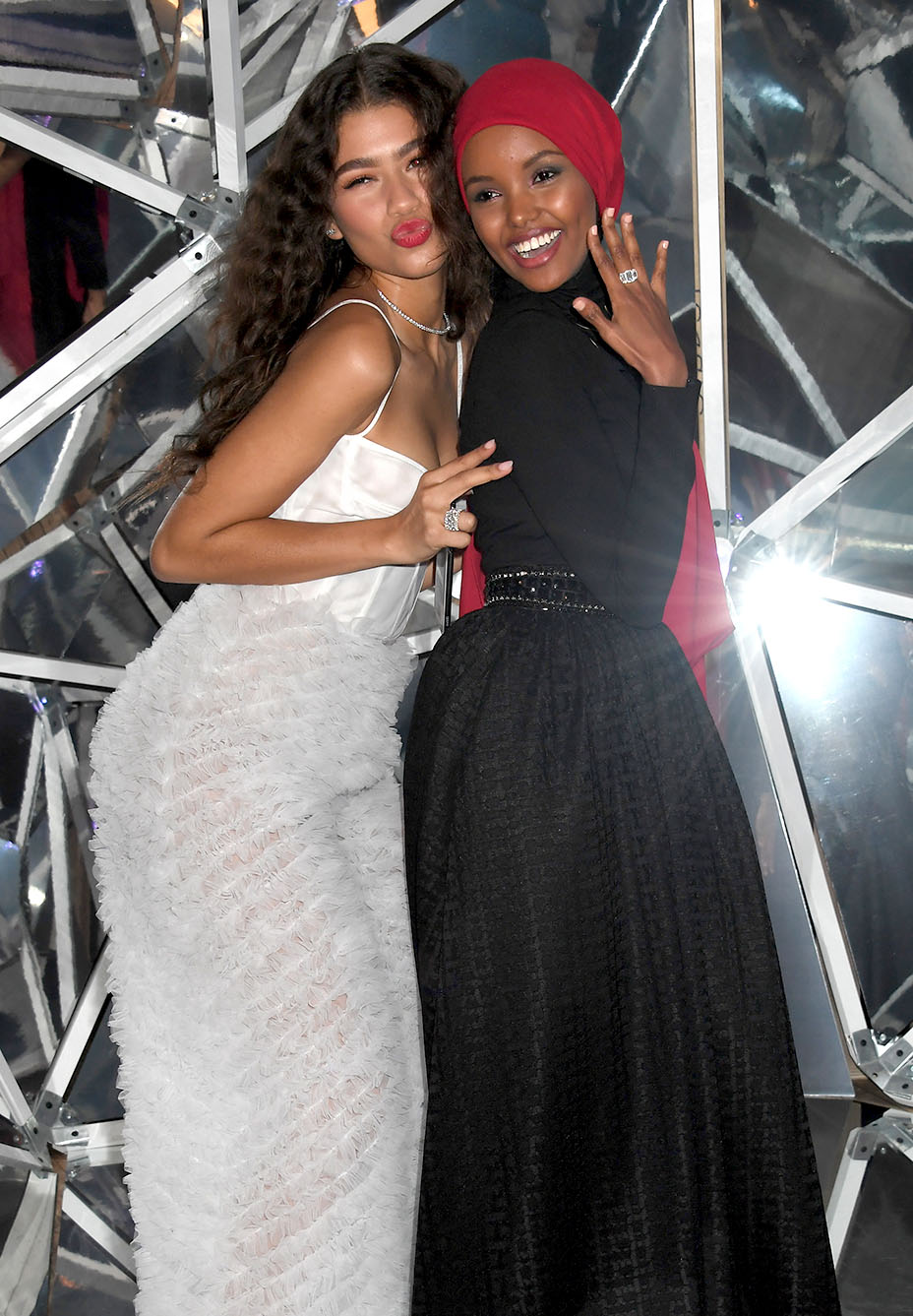 Aden also revealed that on Wednesday she would be giving a speech at Princeton University about her life experience and “encouraging young girls to just go out and give it a go.”

She added, “I especially [want to inspire] girls who don’t see themselves represented. I’m black, I’m Muslim and I’m a woman, and that’s something I’ve never seen. And now I get to model, and I’m here and Chrissy Teigen is here, too! It’s crazy!”