When Regina King was named best supporting actress at Sunday’s Oscars, she was helped up to the stage by Chris Evans, who happened to be sitting in the front row. The gentlemanly gesture went viral, also sparking a debate about chivalry and feminism.

It turns out Evans was purposefully dressed like Prince Charming of the Cinderella fairy tale for the event. “I don’t know why, but I just got it in my head that I wanted him to look like Prince Charming,” Evans’ stylist Ilaria Urbinati told The Hollywood Reporter ahead of the Oscars — before King’s crowning moment.

“I literally was watching Cinderella with my daughter and I said, ‘I want Chris Evans to look like Prince Charming at the Oscars.’ But I didn’t take it too literally. He didn’t mind; he was just happy for me to be excited about what he was wearing!”

She didn’t choose a white jacket, because he doesn’t like the look: “I wanted to do blue velvet, a specific light, light blue that was kind of a prince-y blue, like Cinderella’s dress.”

Chris Evans helped Regina King walk on stage to accept her best supporting actress award at the #Oscars. Here are more moments you may have missed from the show: https://t.co/KHMPXivWE9 pic.twitter.com/HuYXSzGUeK

Urbinati said it was not an easy color to find in velvet last minute, so they needed a designer to make it custom for him in just two weeks.

“Ferragamo was able to source the fabric and they make really beautiful custom pieces,” she added. “We literally tried it on three days before the Oscars.”

She had them make a shawl-collar jacket with a velvet pant and a black pant, though they chose the black pant for the final look. “I liked the way that it looks like the prince!” Urbinati laughed. “It’s more fairytale-looking with the black pants. I can’t even believe I’m saying this!”

Evans and King later caught up at the 2019 Vanity Fair Oscar party, making for another heartwarming moment. 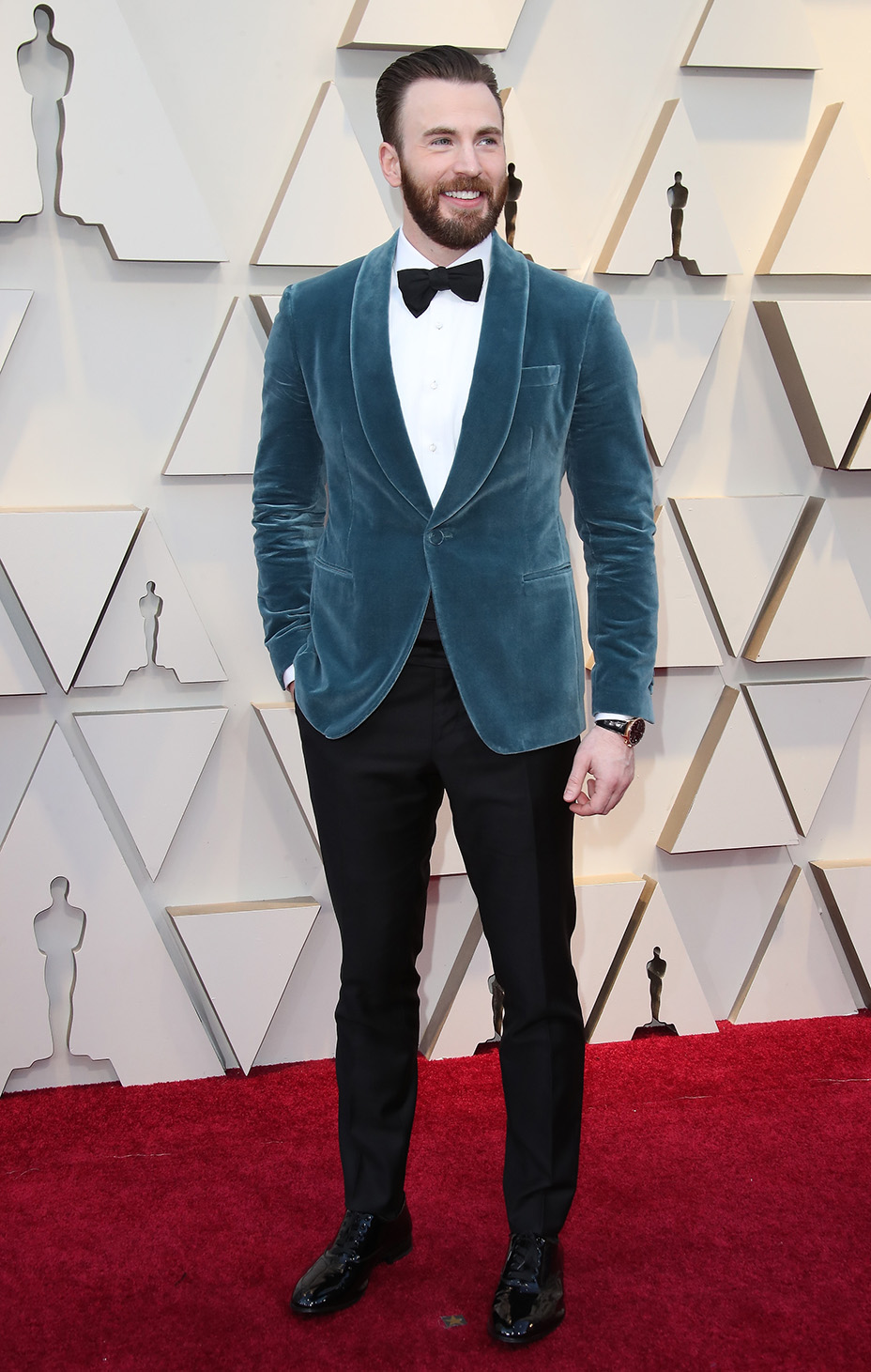