At the brand’s weekend pop-up shop in Los Angeles (open through Sunday, Feb. 24) with wife Ellen Pompeo, Ivery held court on the fashion playing field in a black STLA tracksuit and a custom diamond logo necklace by XIV Karats he had made to mark the new venture. 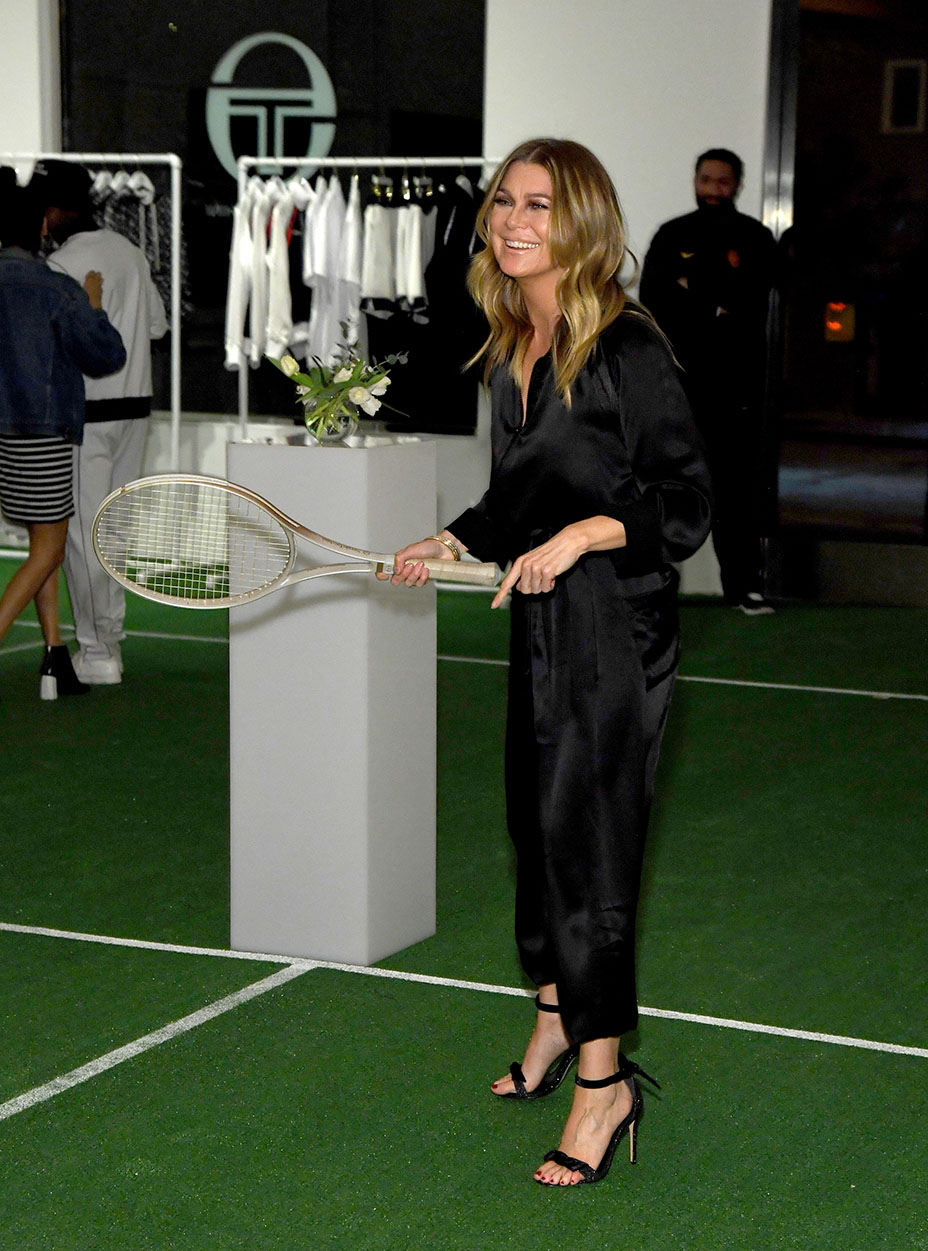 As a child, Ivery had fallen in love with the label, which was started in 1966 by Italian tennis player Sergio Tacchini, after seeing influential denizens of his Brooklyn neighborhood wearing it. But then he had a harder and harder time finding it.

“As I got older, I was seeking it out and I was buying the brand from London,” he told The Hollywood Reporter. “That was literally the only place I could get it.” Encouraged by Pompeo, Ivery reached out to the Sergio Tacchini team with an idea to relaunch the cult label as a luxury unisex collection made in L.A. and STLA was born.

“I’m so proud,” Pompeo said. “To switch careers at 50…. He just got the idea one day. We were sitting around and he’s like, ‘What happened to Tacchini? It was legendary. Everybody raps about it: ScHoolboy Q, Jay-Z, Pusha T, everybody. Where’d the brand go?’ And then he went to find it. He went to Italy and he said, ‘Listen, I want to bring this back. Americans love this brand. I have ideas.’ These are his ideas come to life. It’s like the most magical thing ever.” 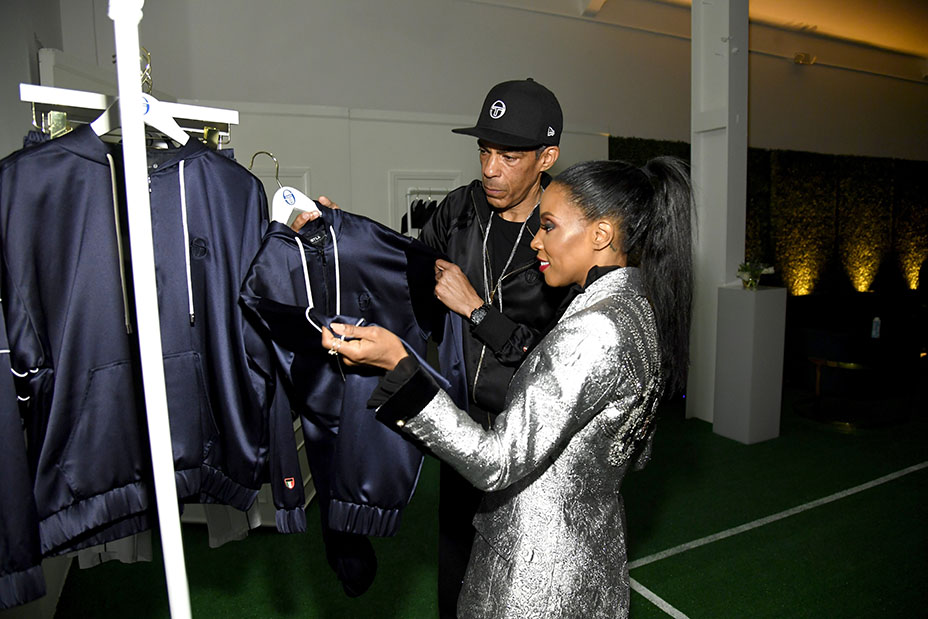 For inspiration for the new line, Ivery pulled from Tacchini’s archives and its legions of A-list fans including John McEnroe, the late Biggie Smalls and Leonardo DiCaprio.

Lieberman was also tapped for counsel.  “Chris had a vision from the start,” said Lieberman. “The help that I gave was probably more of emotional support as he’s going along with the direction.”

The resulting collection is a mix of unisex apparel including the GHIBLI track top, which was originally designed for McEnroe in the eighties and has now been refabricated in silk, as well as terry cotton polo shirts, fleece sweatshirts, tracksuits, T-shirts and accessories like cotton hats. Prices range from $225 to $570. 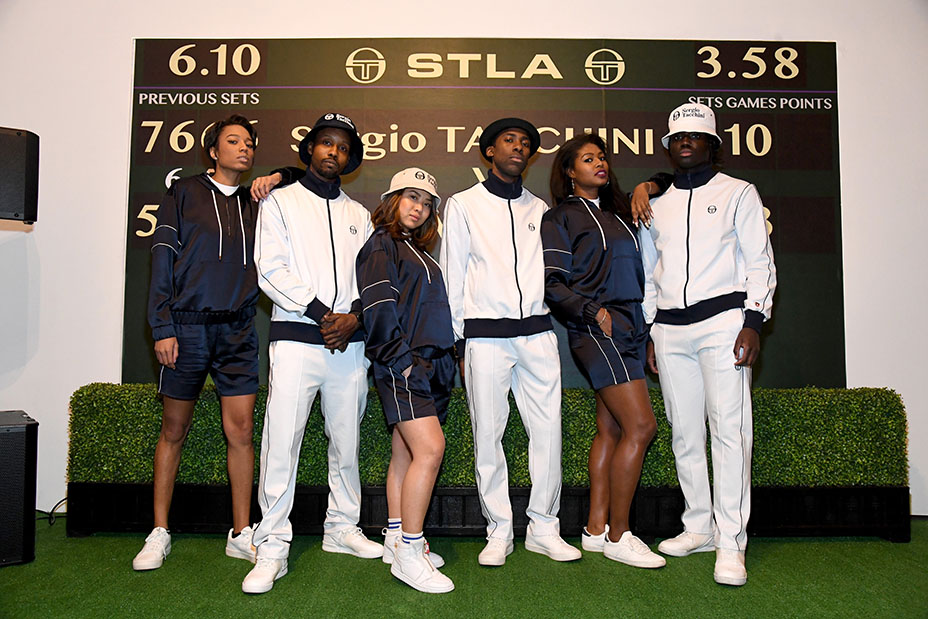 And naturally, with Pompeo being an eco-conscious enthusiast, the line has incorporated an element of sustainability. “My wife is always on me about everything sustainable,” Ivery said with a smile. “At our home we have our own garden, we have our own chickens.”  Chiming in, Pompeo noted of the line: “There’s no plastic in the packaging and they’re recycled boxes. We’re getting there.”

The couple also addressed the issue of equal opportunity within the brand from the bottom up. “With every opportunity, with every event I produce, every room that I walk into, it is an opportunity to make sure people are represented,” said Pompeo. “I did that tonight with this. Whoever is involved, I make sure that everybody is equally represented. To have these opportunities and make change and effect the way things get made on all levels with what material we use, who we hire and how we treat the people we hire, it all matters.”

Ivery agreed: “I’m hoping this brand will bring people together; I really feel like there are a lot of people that come from different walks that have an affinity with this brand.”

The STLA pop-up shop is open at 631 N. Robertson Blvd. in Los Angeles until Sunday Fe. 24.