The Dress: A pink and white silk Gucci dress with multi-beaded cat patches and crystal-embellished collar and cuffs.

The Event: The premiere of Okja at the Cannes Film Festival, where Lee was joined by Tilda Swinton, Lily Collins and Rihanna on the red carpet.

Why It Matters: If there’s anyone who’s been willing to challenge the status quo of glamour at the film festival known for over-the-top ball gowns and long trains, it’s Chris Lee.

Lee may not be the most recognizable name in mainstream media, but she’s certainly a famous face in China and a front-row favorite at Givenchy, Balenciaga, Chanel, and of course, Gucci. The singer first shot to fame after being named the winner of the Super Girl singing competition in 2005. She’s also pursued an acting career, starring in Teddy Chan’s Hong Kong historical actioner Bodyguards and Assassins (2009) and, most recently, Andrew Lau and Wong Jing’s action comedy From Vegas to Macau III (2016).

Now she’s proving she’s just as much of a star on the fashion scene. Despite the loud print, Lee owns the bold ensemble that’s covered in roaring cats and colorful crystal embellishments. It was a fashion risk, to be sure, but it was one that made her stand out in a sea of monochromatic gowns. Black platform sandals rounded out the look.

It certainly wasn’t the first time she stole the show at this year’s festival, either. Lee chose a Maison Margiela Artisanal deconstructed jacket and slouchy knee boots from the spring 2017 collection that was anything but boring. 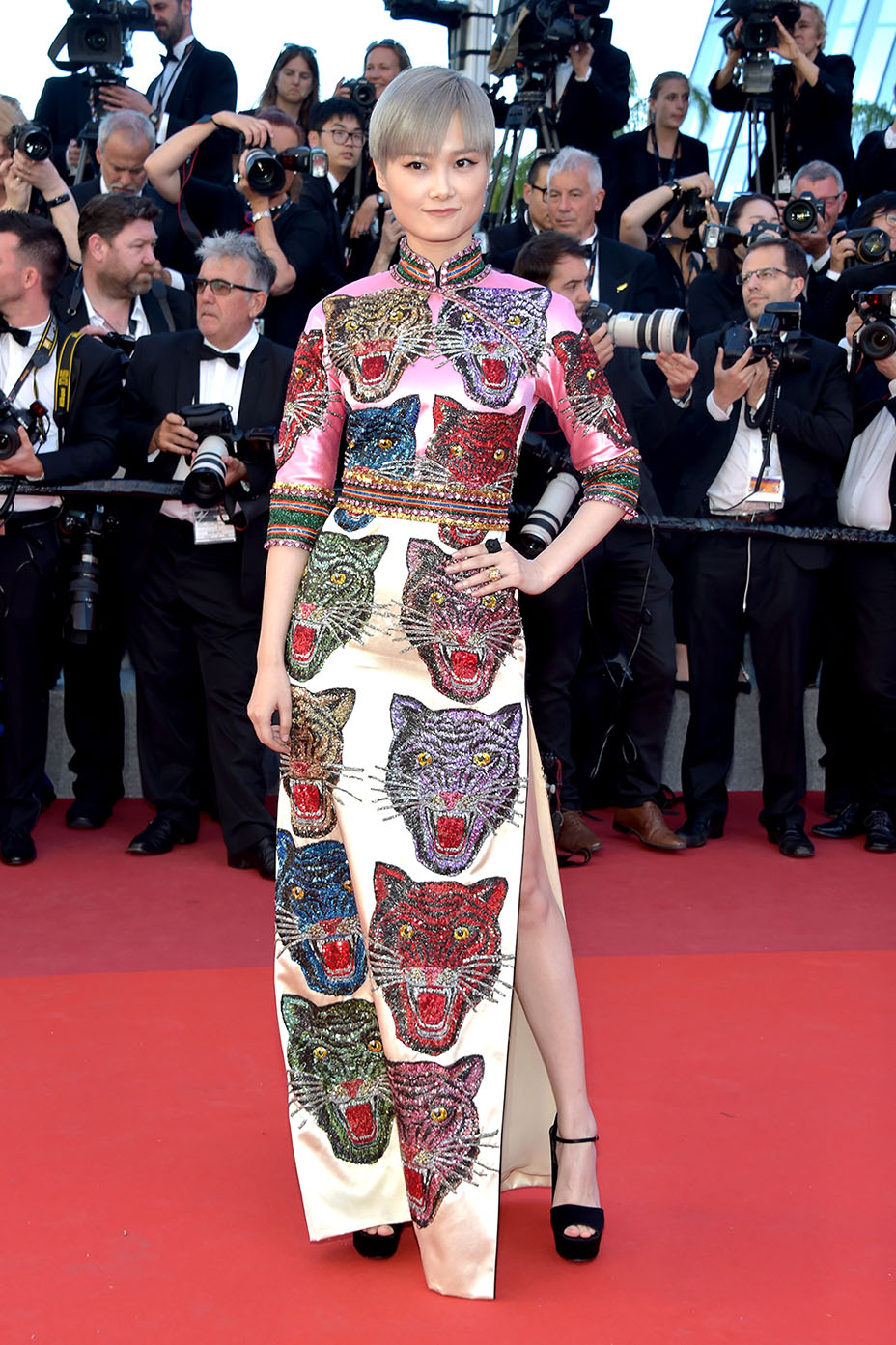