The red carpet has seen some pretty high slits in recent history.

Remember Angelina Jolie’s side-slit black velvet Atelier Versace gown from the Oscars 2012? The zeal with which she thrust out her right leg to show it off spawned much social media mockery, and even a parody Twitter account named Angie’s Right Leg.

Then there was Kendall Jenner at the 2014 Much Music Video Awards in a embellished white Fausto Puglisi gown slit on either side to the protruding hipbone, and Bella Hadid at Cannes this year in a red-hot Alexandre Vauthier gown slit to the waist. 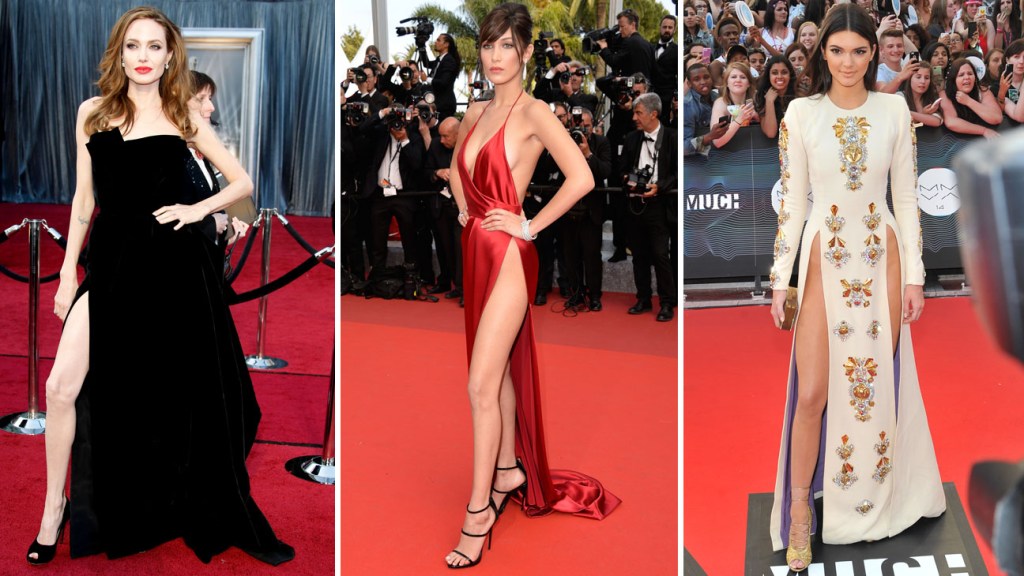 Well, Chrissy Teigen one-upped them all Sunday night at the American Music Awards in Los Angeles, wearing a Yousef Akbar black gown with such a scandalously high slit, it was nearly NSFW.

From the front, the long-sleeved style looked innocent enough, but once Teigen took a step, the gown revealed itself to be slit on both sides nearly to her underboob, with safety pins accenting the point.

She joked on Twitter that she had to shave above the knee for the big day.

I shaved above the knee today so yes it is a big day today. #AMAs

But we’d submit this gown was slit so high, it likely required its own variation of bikini wax.
May we suggest they name it the Teigen?