His enviable client list has included everyone from Lady Gaga to Cardi B and Miley Cyrus, but lately fashion designer Christian Cowan has set his sights on a new trio focused on female empowerment: The Powerpuff Girls.

On March 8, Cowan will join forces with Cartoon Network to present a collab collection themed to the popular show as part of International Women’s Day. Featuring one-of-a-kind designs, the event will take place at City Market in downtown Los Angeles.

“So often girls are typecast in entertainment, but I adored The Powerpuff Girls when I was growing up because there was something inspiring about these fabulous females,” Cowan told The Hollywood Reporter following the debut of his fall 2019 collection on Tuesday. “It was such a trailblazer in children’s entertainment, because it showed girls could be powerful rather than the damsel in distress.”

The same could be said about Cowan’s aesthetic. His fall 2019 collection highlighted bright, bold neons and sculptural looks that surely would appeal to any of the A-list women Cowan has dressed, starting with the fuchsia feather skirt that kicked off his show.

“I wanted to evoke the idea of modern women and the digital age we’re in now, as well as this bizarre culture of excess, of bodies, vacations, money, watches, and how so much of our culture is about showing off,” he said. “So I wanted everything to be ultra-excessive, heaps of feathers and fluorescent tones. Nothing was shy.”

(Cowan’s mention of watches was intentional, as Tuesday also saw the debut of his latest collab with footwear designer Giuseppe Zanotti, with new iterations of the watch-strap sandals the pair has designed and which Cardi B wore in her “Money” video.) 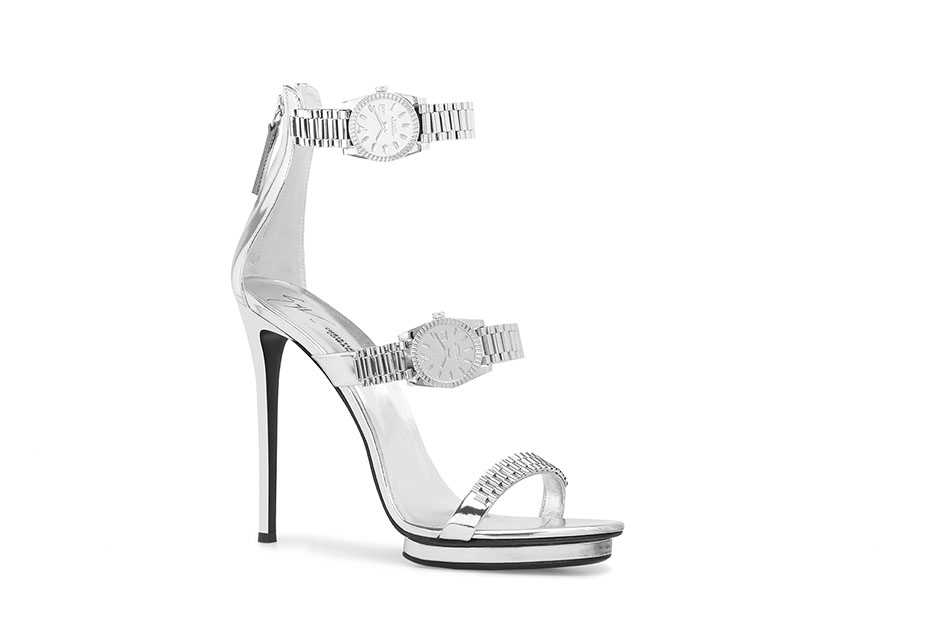 Cowan also balanced his love of Dynasty-era excess this season with a variety of pieces he deemed more accessible, courtesy of some advice he received from Saks Fifth Avenue fashion director Roopal Patel. “She’s been working with me to refine the things we offer,” he explained. “That’s why this collection includes a lot of fun, wearable dresses, as well as jumpsuits and sweatsuits, all in really vibrant colors. I’m not into muted tones; I like to use every color in the crayon box.”

Cowan’s unabashed approach to color is among the reasons Cartoon Network execs felt he would be a good fit for a collab with The Powerpuff Girls, which recently celebrated the 20th anniversary of its 1998 premiere of the animated series (the show’s six-season first run ran through 2005). “We’ve been excited watching Christian for a while — his work and the way he stages his events is an inspiration,” said Christina Miller, president of Cartoon Network. “Both brands stand for the empowered woman, and International Women’s Day felt like the best moment to bring the two brands together.” 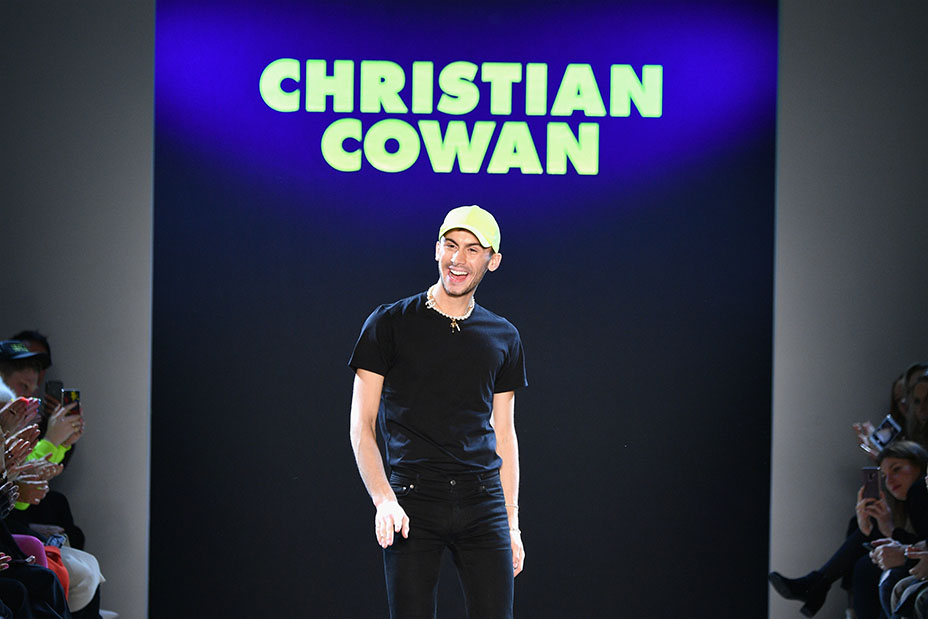 In addition to the runway collection of one-of-a-kind looks that Cowan will debut on March 8, he’s also producing a selection of merchandise, “fun stuff that’s a fusion of our two brands — cute T-shirts, transparent bags and totes, and other items,” he said, available both online and in a pop-up boutique at the Los Angeles event.

“Christian has done such a great job of looking across every element of the Powerpuff Girls — the heroes, the villains — and his knowledge of the show really comes across in the line,” Miller said. Plans are also in the works to make a donation to She’s the First, a New York-based non-profit organization that fights gender inequality through education, largely via mentorship programs and scholarships.

Ultimately, what might the takeaway be from Cowan’s tribute to a beloved TV show? “I hope it demonstrates that fashion really does care about women power, and it’s not just about them being models and customers,” he said. “A partnership like this also can be a true fusion of creativity — often these things can feel only like a group of licensed images, but I wanted to create something really original from a technical standpoint.”

That’s especially true of the runway show, all one-of-a-kind pieces that won’t be available for purchase. But if a client decides they’d like to channel Cowan’s love of The Powerpuff Girls? That’s another story. “It’s been really fun to not think about commerce or price margins,” he added. “This is not a sales collection — it’s purely a creative collection, so it’s all about being bigger and wilder.” 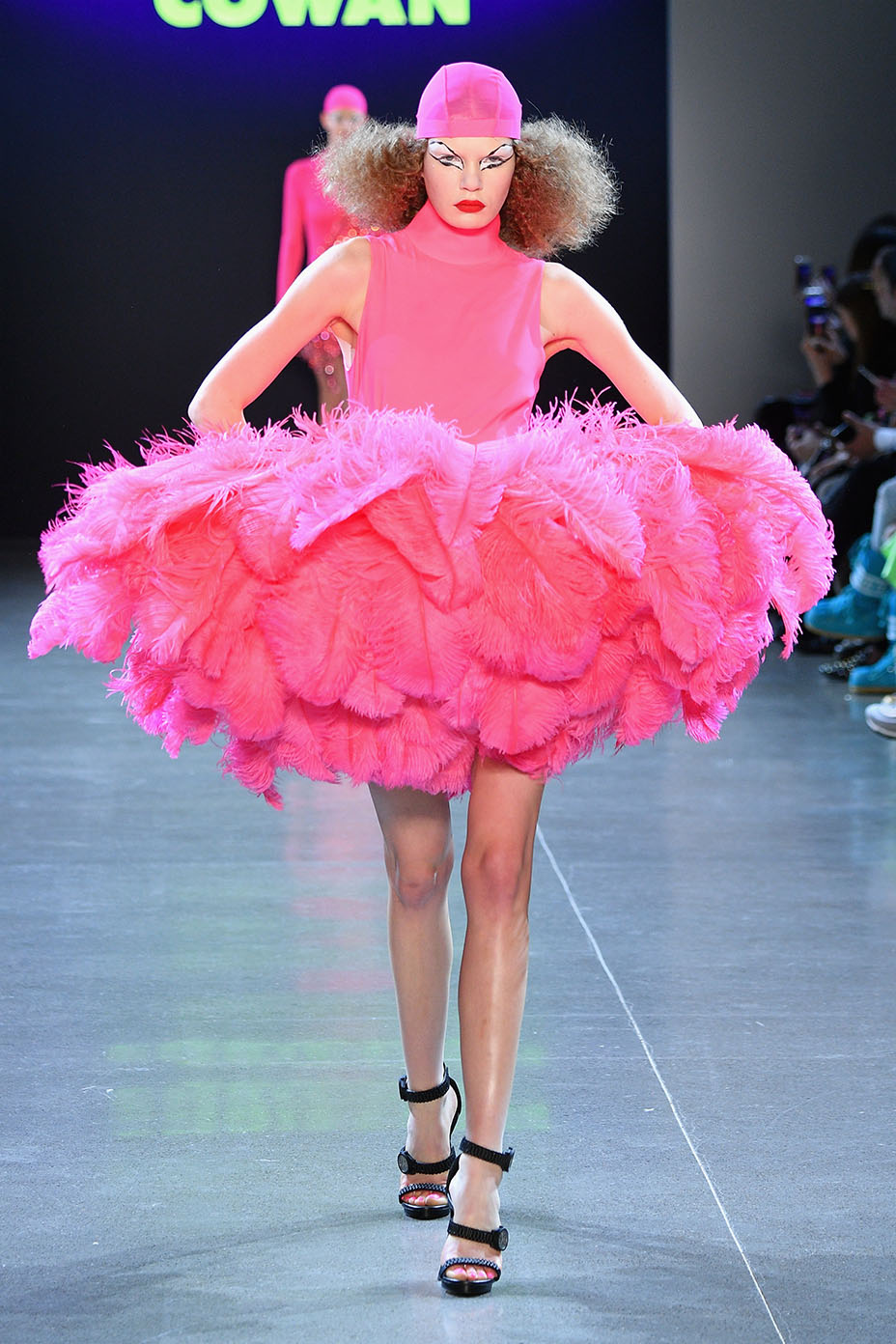 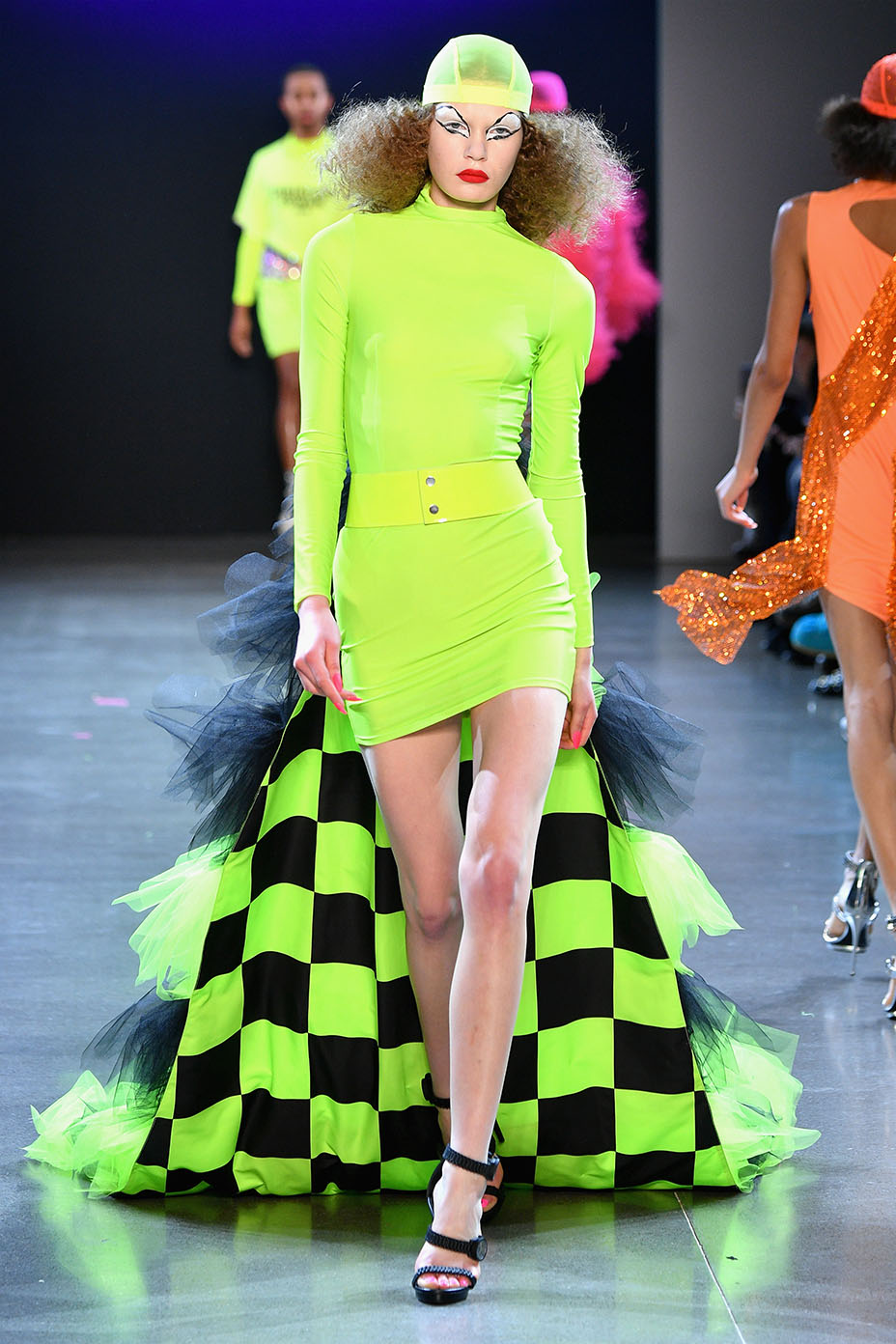